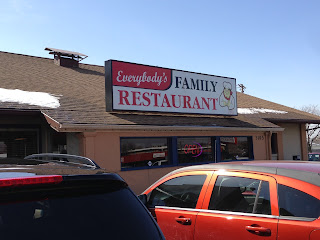 I’m currently on a back to back stretch of south side dining. I asked last week on social media for some suggestions on places to go to in the Harry and Oliver vicinity. If it was nicer out, I probably would have skipped lunch and attempted to play some golf at Clapp golf course. Keyword: Attempted. I took the two most interesting suggestions and made note to stop by them over the course of the back to back days.
My first stop was Everybody’s Family Restaurant.
Address: 3105 E Harry St, Wichita, KS 67211
Phone: (316) 425-7611
This place is located at the southwest corner of Harry and Hillside. Ironically enough, it’s across the street from the very first place I can remember getting my haircut as a kid, “Bob’s Barber Shop”. I’m surprised the place was still open. I was hoping to make it in the barbershop to see if Bob was still cutting hair there. It’s probably been twenty or so years I’ve last been in that place. He’d probably still remember me, I look the exact same now as I did when I was a kid, just taller…….barely. 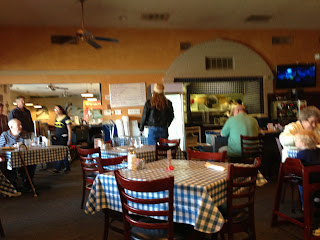 But that’s a whole other blog; let’s get back to Everybody’s Family Restaurant. The place is large inside. There is lots of seating available. You could tell when you came inside it’s a true family restaurant. Plenty of families in there eating lunch, many what appeared to be long time patrons that knew the servers. Everybody’s Restaurant had a similar feel to Riverside Café especially the menu which covers all types of American fare with a large menu spanning breakfast, steaks, chicken, some bits of Italian mixed in, etc. Just glancing at the menu, I was a little overwhelmed and just decided I would let my server decide my lunch for me. 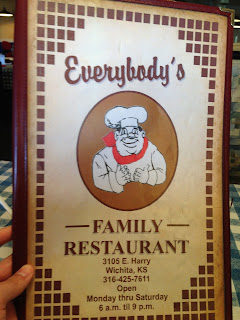 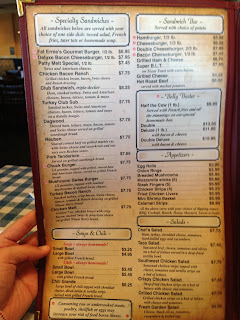 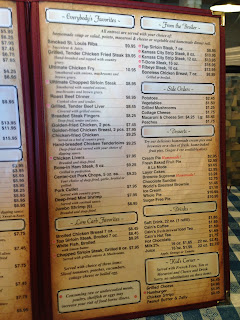 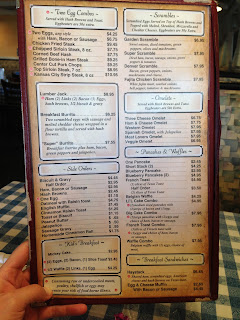 When my server arrived, I asked her what her two most popular items were. She told me they have a daily “All You Can Eat” special. One menu item is all you can eat and that particular day’s was spaghetti. I wasn’t feeling spaghetti so she told me the second most popular item for the day was pot roast that came with cabbage, potatoes, and a salad. I said sure and awaited my food. Very friendly lady, as a matter of fact, just glancing around and observing everything, everybody was very friendly. Seemed like the bar Cheer’s where everybody knew everybody…….except me. 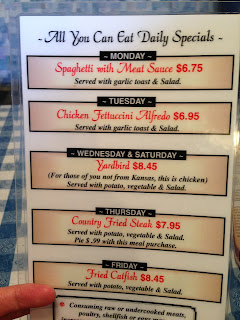 My salad and pot roast arrived shortly thereafter and I dug right in. The salad was your basic house salad with a small side of ranch. Nothing special, nothing great, nothing horrible, it was just your regular salad. Next up, I tried the pot roast. After two bites, I knew how I was going to feel about the lunch: not impressed. Even with all the gravy poured on top, the meat was very dry and lacked any flavor. The sides on my plate didn’t do much for me either. I tried my best to eat at least half of my meal before throwing in the towel…..or napkin for that matter. 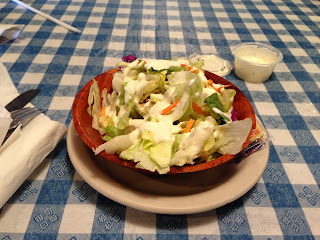 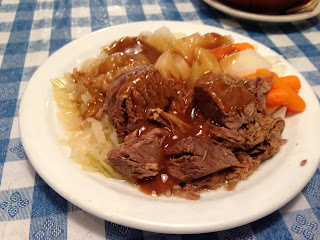 The atmosphere was a plus, the service was a plus, the prices weren’t exceptional (my pot roast was still $8.95), and the food wasn’t ideal. I think that’s the problem with places like Everybody’s, Livingston’s, Riverside. They have such a vast menu and are ok at a lot of things but not exceptional at any particular type of food. They can sometimes be really good values for families coming in but if you want to have; for example, the best pot roast in town, these places would not be able to offer it for you. I had some decent hopes for Everybody’s Family Restaurant but at the end of the day, they weren’t surpassed.
So Everybody’s Family Restaurant may not be for everybody, pun intended. But once paying for my meal, I found out soon, Everybody’s Family Restaurant will not be for everybody at least at Harry and Hillside, no pun intended. On March 31st, they will have their last day of operation as a CVS Pharmacy has purchased the property. They are unsure of their relocation at this point. 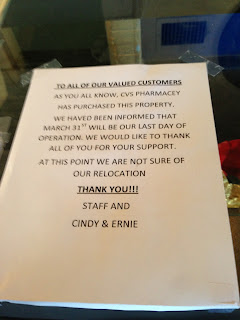 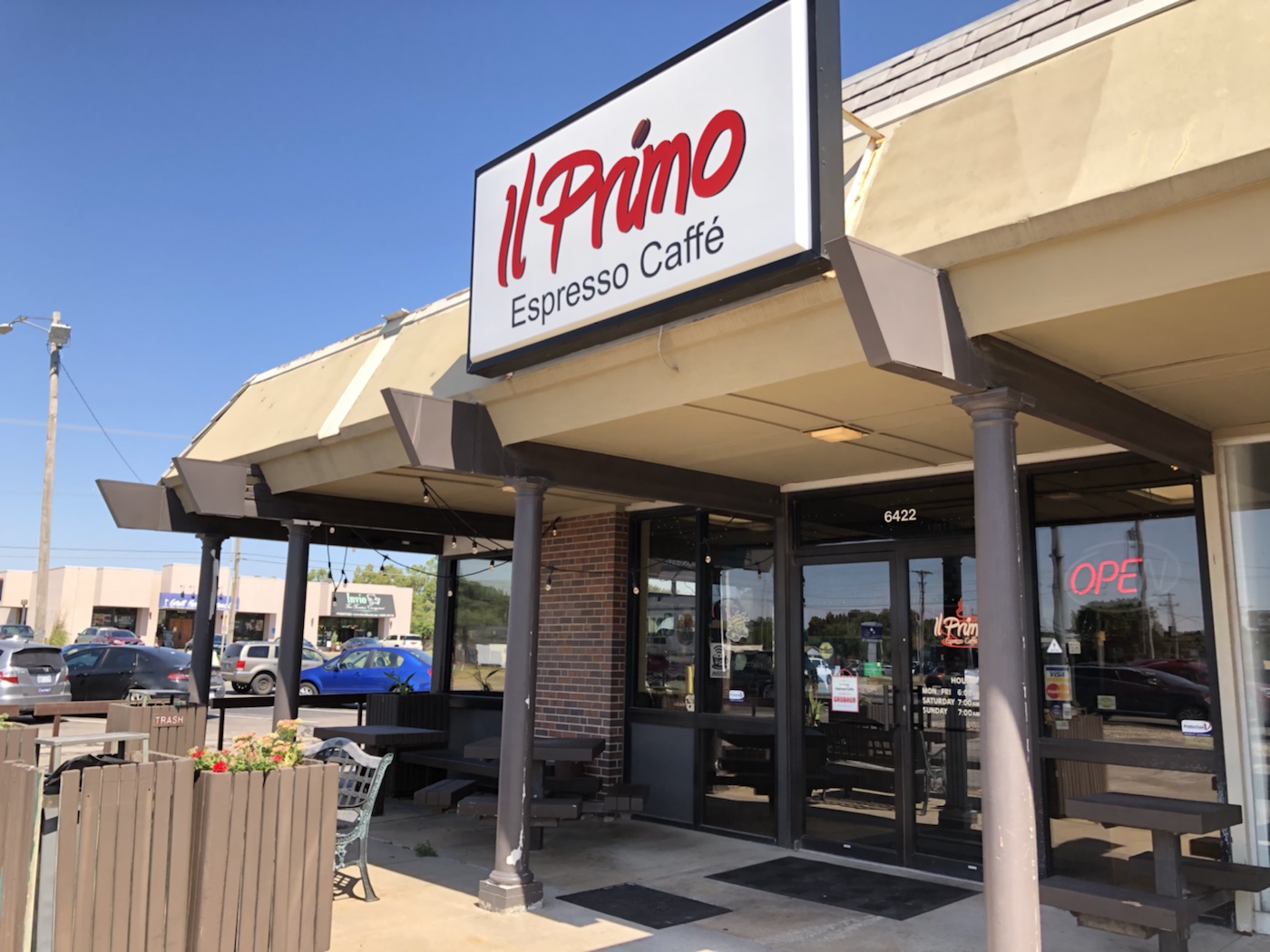 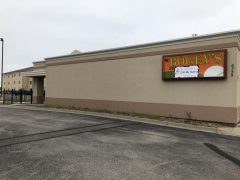 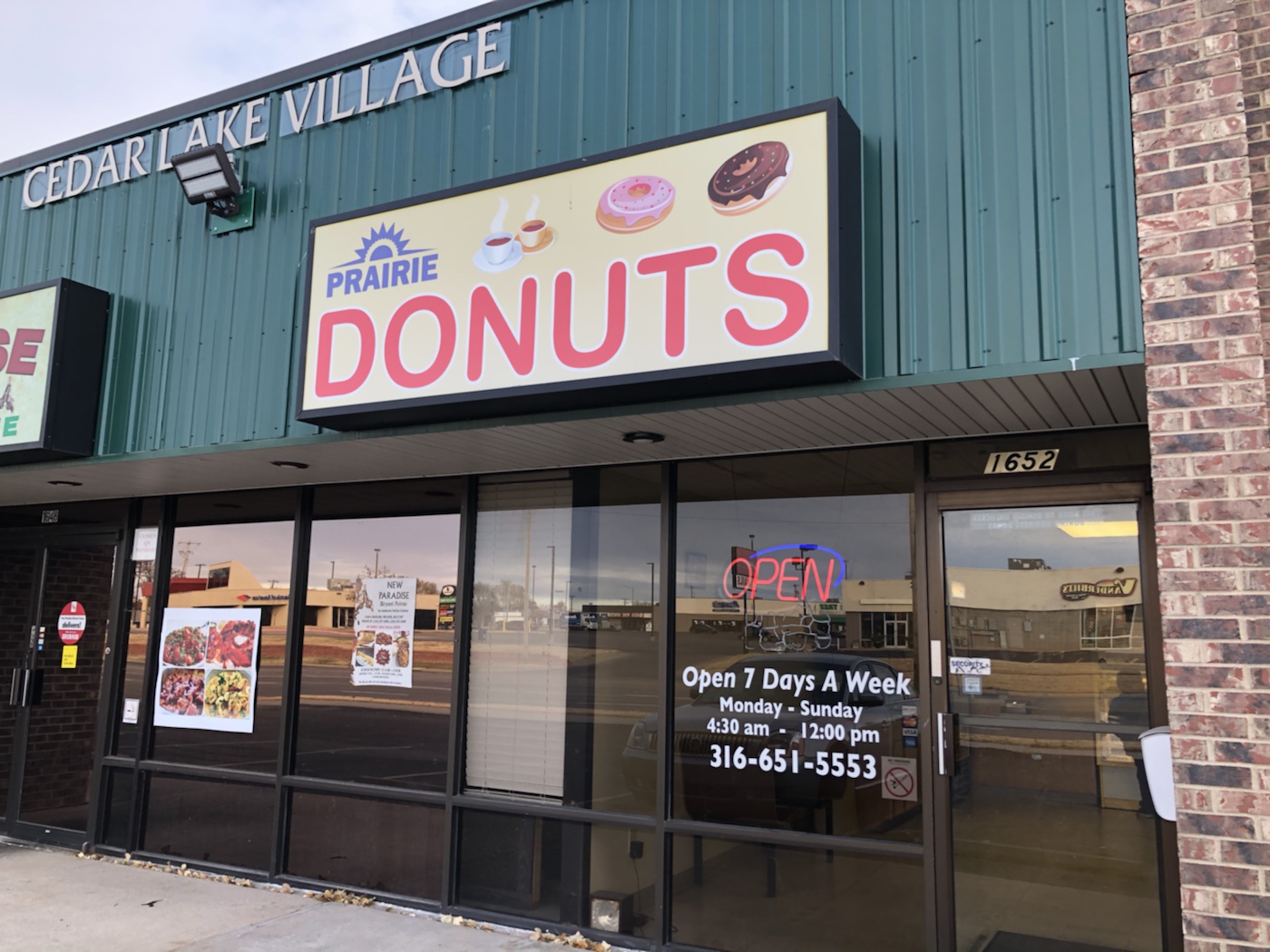 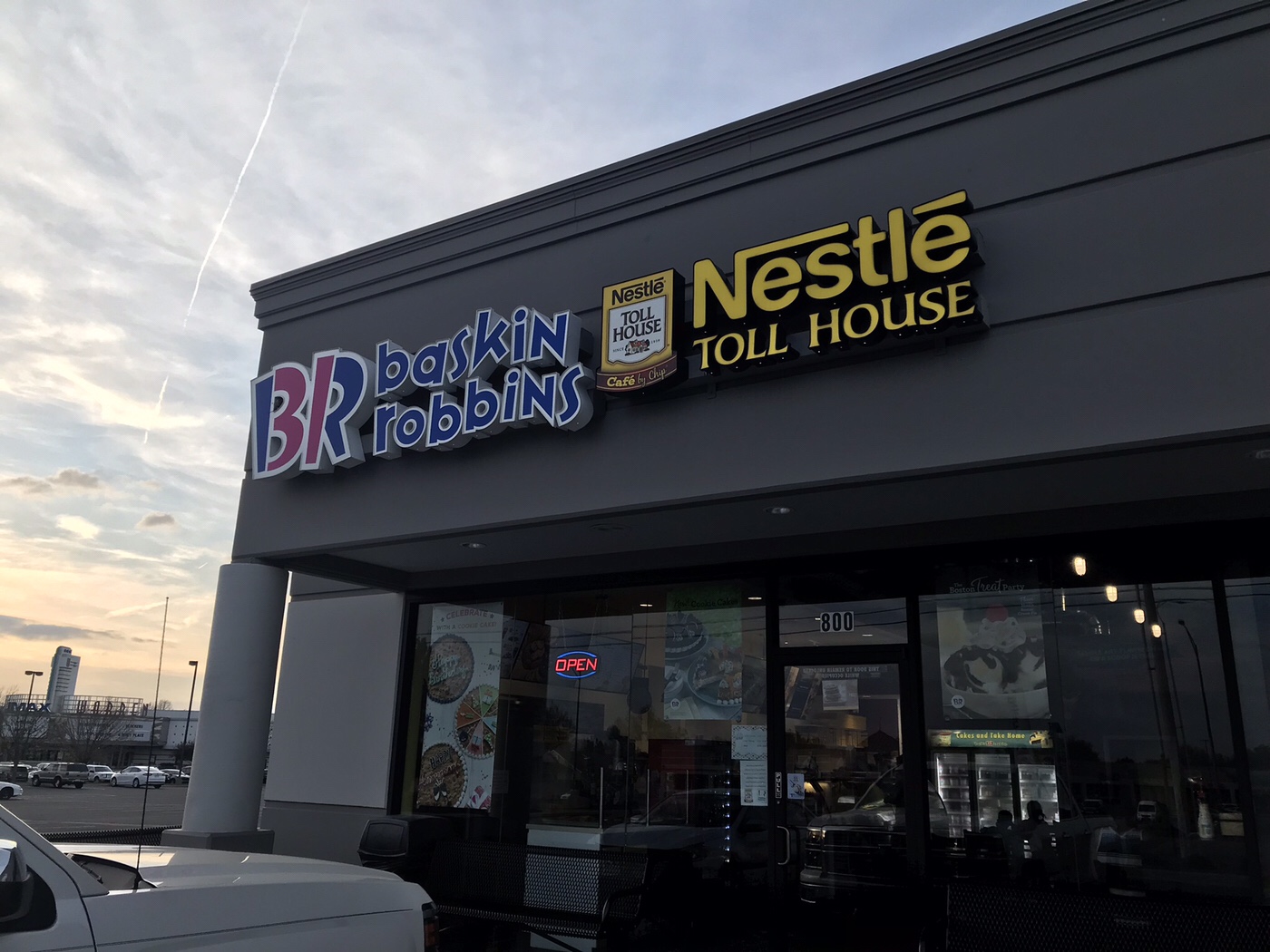