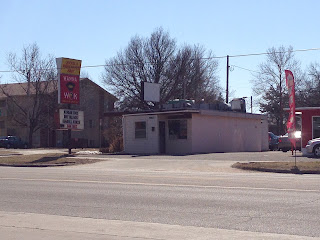 Day Two of South Side Dining completed and at the recommendation of many loyal readers, I decided to try a little hole in the wall restaurant. It is a building that I have driven by countless of times but just overlooked it because of the size of it. It’s pretty small so if you aren’t really looking for it, you’ll zip by and miss out on another fine restaurant in Wichita many people may not know about.
Manna Wok
4865 E Harry St,
Wichita, KS 67218
(316) 684-5512
Pulling up at the southeast corner of Harry and Oliver, I was wondering how big the place was inside. How many people did it seat? Was there room for a kitchen? Could I fit two cars inside the building? Is there a basement that holds illegal poker games?  Do they actually use Wok’s to cook their food? Do they serve the same Manna I read about in the Bible? All my questions were about to be answered. 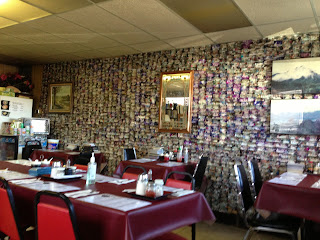 When I stepped inside the building, I was in awe of everything I saw. The best word I can think of to describe the atmosphere and ambiance of Manna Wok was character. The walls of the restaurant are covered in pictures of people who have eaten at the restaurant. Hundreds of pictures lined the wall and there were also photo albums at many tables of pictures of other patrons. It was one of the coolest things I’ve seen in a Wichita restaurant. I felt so left out of not being on the wall I considered taking my driver’s license and just posting it on the wall. At another end of the wall were shelves filled with random books for people to read; all sorts of books from Health books to Bibles to fiction books to a book with Hillary Clinton’s face on it. Near the cash register was a shelf with random mugs. Then I saw two mugs placed in prominence that made me realize I was going to be in for a treat: an OU and WSU mug. I think the owners are OU football fans and WSU basketball fans like me. 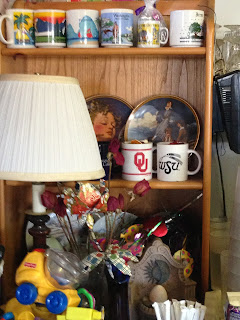 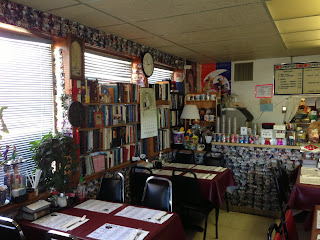 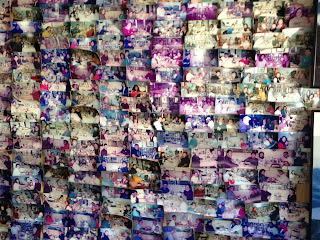 After creepily walking around the restaurant with my jaw dropped, the server/cook/owner/cashier/photographer of the place greeted me and said to grab a seat anywhere. Once seated, I immediately knew what I was going to order: spicy beef bulgogi, steamed rice, and a house salad with ginger dressing. Manna Wok serves a Korean and other Oriental style foods but I read many reviews that said their beef bulgogi was a must try.
Next thing I know a lady comes out of the kitchen and greets me as well. Come to find out, the restaurant is ran by a husband/wife duo; a huge plus, as I love supporting small mom and pop restaurants that put their life into their business. They were both very nice people and I chatted with them a little about their place. 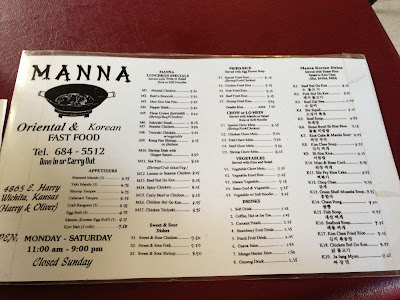 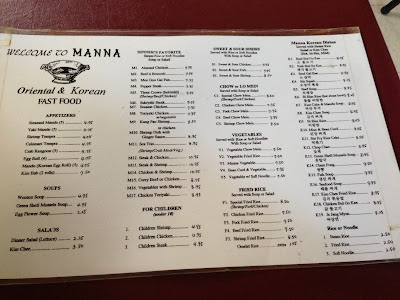 Their salad was the regular old house salad that comes at any restaurant, just like Everybody’s Family Restaurant I attended the day before. The main difference is not all restaurants have the ginger dressing which is just tasty. 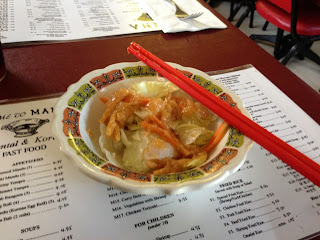 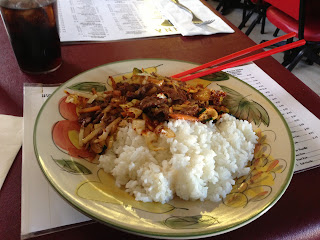 The beef bulgogi came out soon after and I knew instinctively that I was going to compare it to my other place I go for beef bulgogi: Hot Stone Korean Grill. That’s my favorite place but its pretty far north east. I’ve always wanted a second spot for it and after Manna Wok; I think I’ve found it. Their beef bulgogi was the perfect blend of spicy and not too spicy, full of flavor, and just the right amount to fill me up. Needless to say, I had a happy plate at the end of lunch.
My Manna Wok experience was a very positive one. Everything from the food to the service to the atmosphere of it all made it worthwhile and gave me every reason to go back a second time if I’m in the area. It’s one of those instances where all the reviews and the recommendations I had on a restaurant were spot on. One last note, I was surprised they took credit cards. Usually the best restaurants are cash only, Manna Wok is an exception to that rule.
Give it a try yourself. You’ll love it. Ba da da da da…….I’m Lovin’ It!TM
And to answer all the questions I had earlier:
a.) 36 b.) yes c.) probably d.) I don’t want to know e.) ironically enough, yes. f.) It wasn’t on the menu
============================================================
Would love to hear your comments.
Don’t forget to follow me on Twitter and like us on Facebook