Home Asian First Thoughts On Koi Fusion (CLOSED)
Facebook
Twitter
Pinterest
Linkedin
Email
I love Asian food, what can I say? If the place is close enough for lunch, I’ll definitely give it a try.
Thanks to the power of text messaging, one of my friends gave me a heads up of a new Asian restaurant that just opened up at 37th and Woodlawn in the old Samurai building near the southeast corner of the intersection.
Koi Fusion
6605 E 37th St
Wichita, KS 67226https://www.facebook.com/pages/Koi-Fusion/399857083455282
The restaurant includes a mix of Thai, Japanese and Vietnamese food. Most of the main dishes are an assortment of teriyaki, pho noodles and hibachi grill cooking. They are open from Monday through Saturday 11 am to 9 pm. 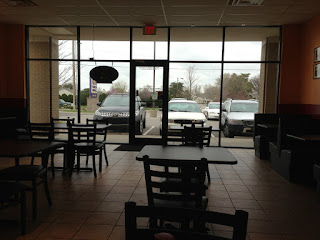 I have made my way out there twice since they opened last month; both for lunch.
Their menu is a little similar to that of Tsunami, also located at the intersection of 37th and Woodlawn but at the northwest corner. Tsunami’s menu is much more colorful and displays pictures of some of the menu items. 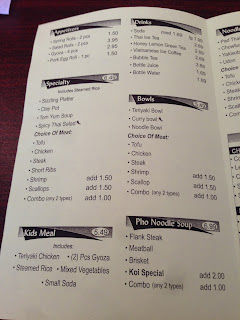 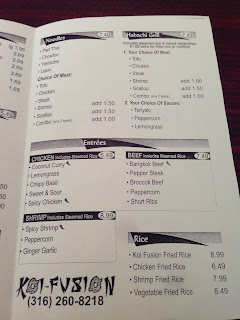 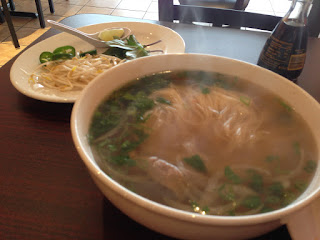 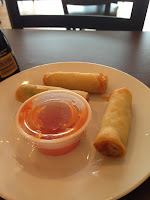 The first time I went, I tried the pho. It was one of those random cold days in Wichita that come what seems like every four days. I ran into some friends there who had a teriyaki dish and loved it. My Pho was pretty good. I would say it’s much better than Tsunami’s and Pho Hot but not as good as Pho Hein or My Tho’. Ordered it with a side of spring rolls and it all hit the spot; it’s hard to mess up spring rolls.
The second time I went with friends and a buddy ordered the pho while the rest ordered the pad thai, me included. Along with the pad thai, I ordered a side of shrimp salad rolls. It’s been a while since I’ve had some and had a pregnant woman style craving; not that I know what that even feels like. While eating the pad thai we all came to an agreement that it was much better than Tsunami’s pad thai but not as good as Thai Traditions which specializes in it. My buddy who had the pho liked it and mentioned he’d eat it again and he’s not the biggest pho fan out there. He still has trouble pronouncing it so that should give a little insight on whether it’s worth it.
The service was nice and friendly. The manager from Tsunami is actually working at Koi Fusion now. It caught us all by surprise like when Kevin Youkilis became a Yankee.
Overall Koi Fusion is an Asian restaurant that does all sorts of food well but not excellent as in the best in Wichita. That isn’t meant to be a knock on them at all. There are many restaurants I’ve been to that have large menu’s but it’s all fluff and below average food. All of Koi Fusion’s is really good but I would never call it the best. 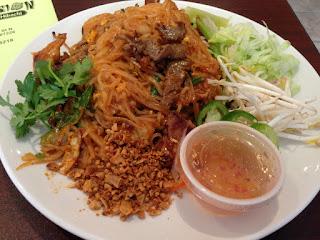 Definitely check it out for yourself sometime. Tell them you saw the review on Wichita By E.B.!

Japan Express: The only restaurant I’ve had everything on the menu