Home American Wimpy’s Burger: The Official Wichita By E.B. review (CLOSED)
Facebook
Twitter
Pinterest
Linkedin
Email
If you haven’t heard, Arch Madness ended a couple weeks ago. And outside of being there and seeing the Shockers finally win the tournament championship in St. Louis, my favorite part is stopping by White Castle on my way home. It’s a stop my friends dread but know it’s something I look forward to every year. This year, we made a deal on the way up that if the Shockers won on Sunday then we could stop by White Castle on the way home. I felt like a kid with my parents telling me, “Now Edward if you get straight A’s, we can go get your stupid McRib’s!”
So thank you to my alma mater for giving me another chance at stopping by White Castle on the drive home from St. Louis. Now that you have a small backstory of my love of White Castle burgers, that brings me to a recent restaurant that has opened up in Wichita back in November: Wimpy’s Burgers.
Wimpy’s Burger is located at 1713 W. Douglas in the Delano District almost right across the street from the Shamrock. 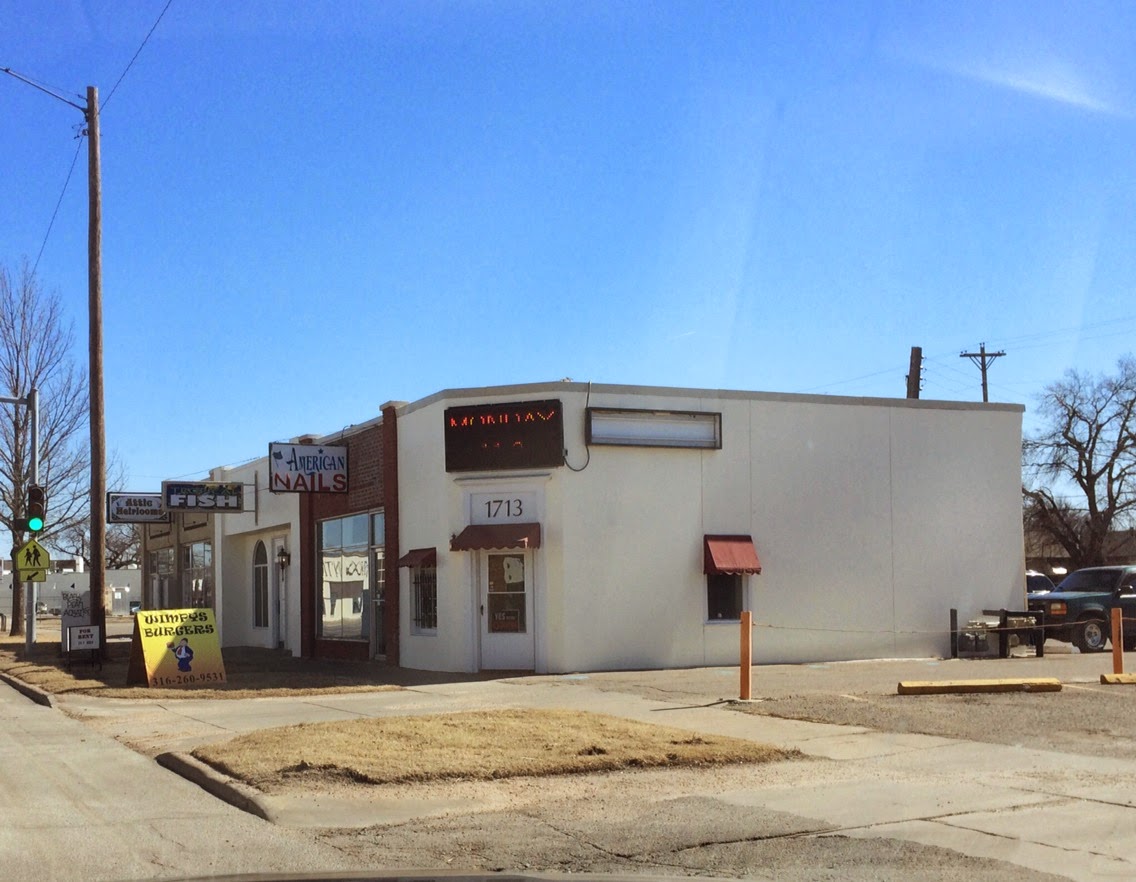 I went there one day after I received a Groupon notification about a restaurant selling White Castle burgers. This…..I had to check out. So I purchased the Groupon of $11 for $20 worth of Wimpy’s Burgers not realizing it was for four $5 gift certificates I had to use on separate occasions. *Gripe*. So things didn’t start off so great but I wasn’t going to let that minor detail get in the away because being cheap doesn’t make for a happy life trait. 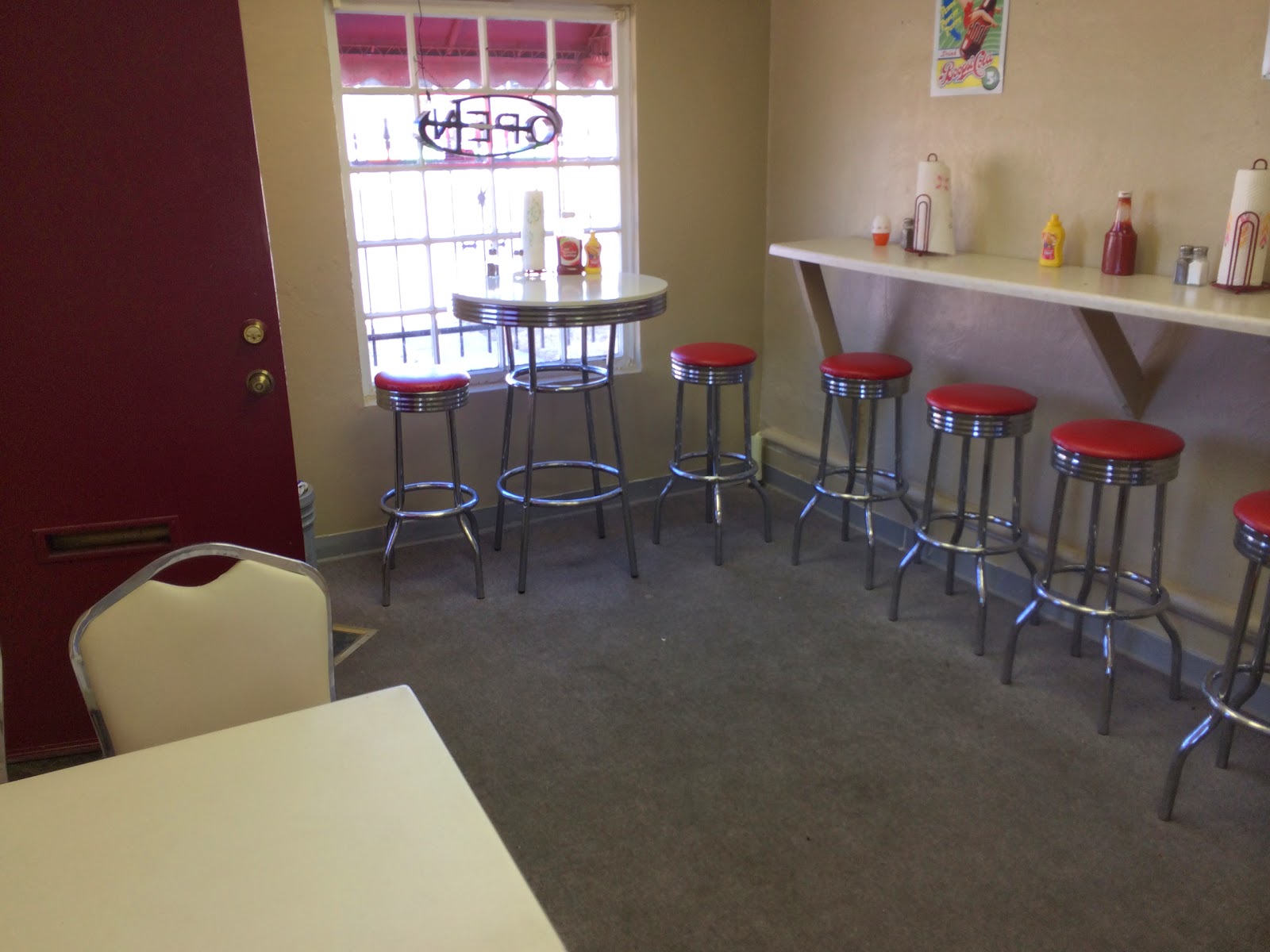 The building is pretty small. There’s seating for about 15 inside with a couple small tables, one high top table and bar style seating against one of the walls. Looking at their minimal yet to the point menu, you can get their burgers at $1.10 a piece or a cheeseburger for $1.25 a piece. For comparison, White Castle is 89 cents per burger but they are a large scale fast food place and are able to keep prices lower. A 3 hamburger combo with French fries and a drink runs $4.99. The cheeseburger combo runs $5.99. You can also get burger sacks which include 10 hamburgers for $11.99 which comes with French fries (which the menu didn’t say) or 20 hamburgers and fries for $21.99. 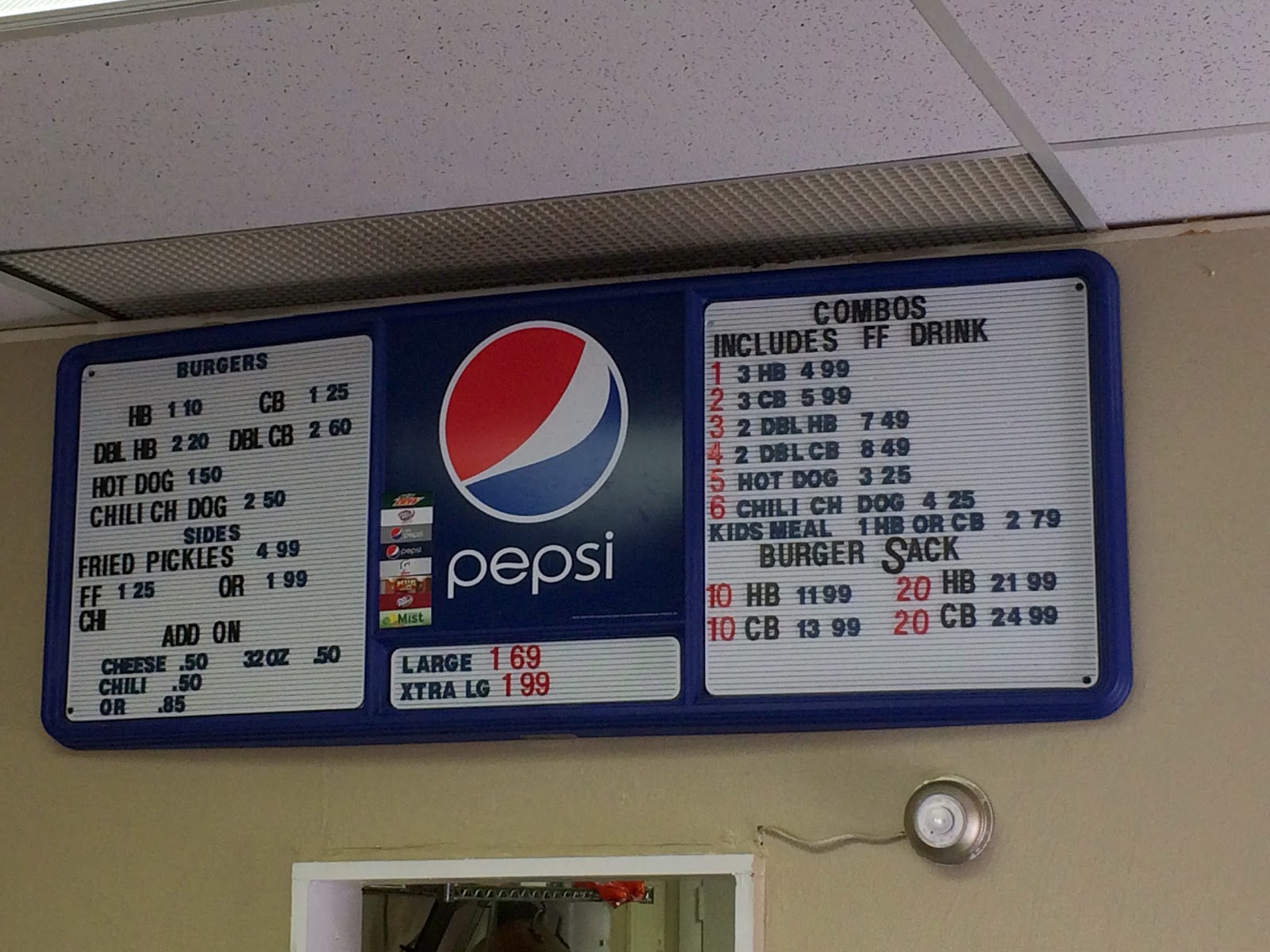 I ordered what any glutton for punishment would do and tried my hand at the 10 hamburger Burger Sack. The whole back end of the place is open so if you wanted to, you could peak through and see them make your burgers. A friend of mine did this and noticed they used frozen patties pulled out of the fridge and placed them on the grill. He was a little disappointed to see this and was hoping for fresh beef. He also noted they used Hawaiian rolls as buns so just something to keep in mind.
When I received my burgers, they can be best described as alright and rather greasy; I’d say they were almost too greasy which just didn’t sit too well. I had about four of them and just bagged the rest of them up. The fries were less than stellar. To be honest, I don’t focus on fries too much when checking out a burger joint as I’m usually left disappointed….. kind of like going to a Browns football game and expecting good football. A buddy who went separately of mine said the burgers were seasoned well and pretty good for a frozen patty. 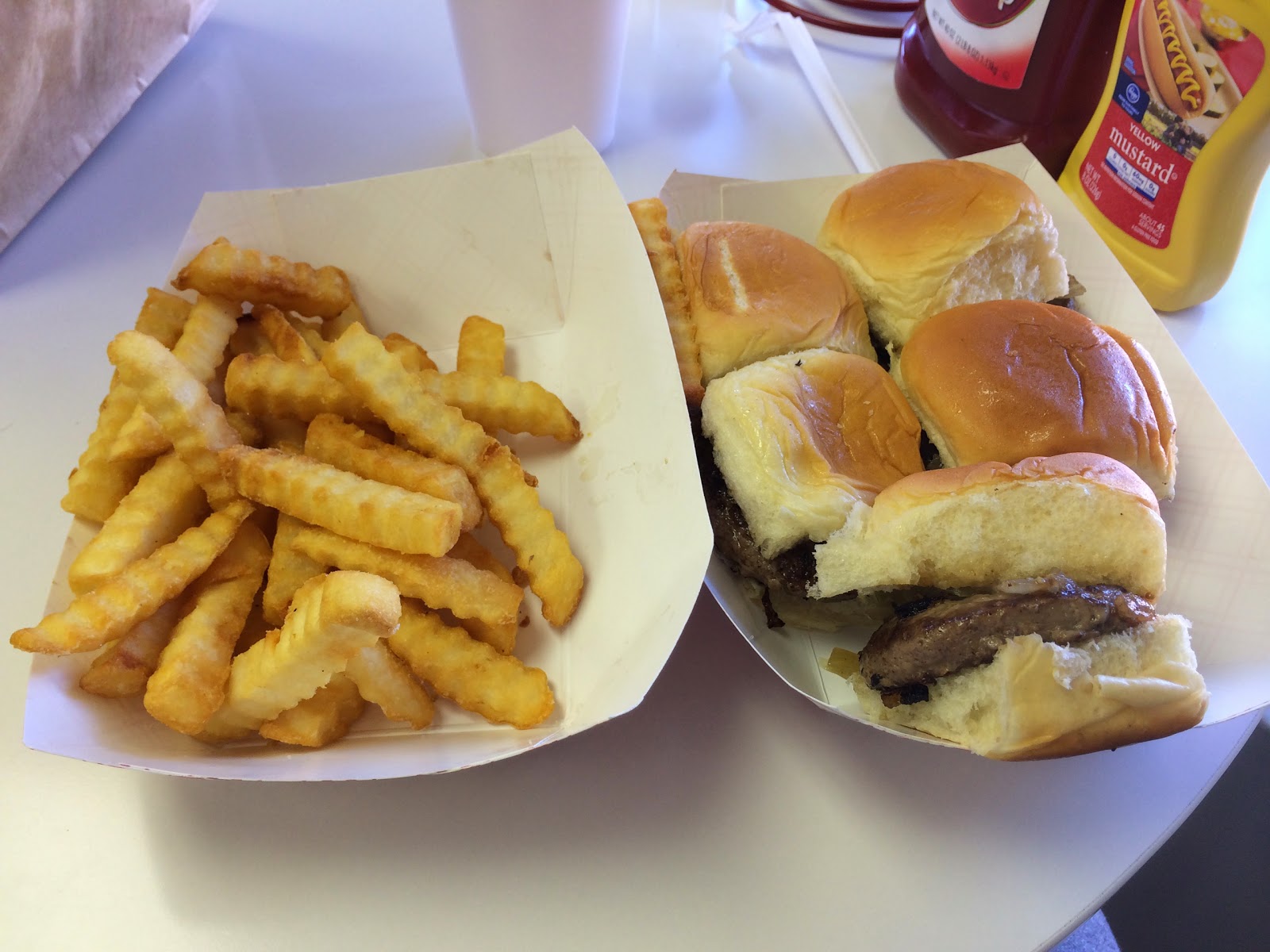 After stepping out of the place, I felt disappointed by the whole experience. Maybe I had my expectations set too high, maybe I was comparing it to White Castle too much, I don’t know. I bet Wimpy’s is a great spot to go after a round of day drinking across the street from the Shamrock but for an east sider, I’m not sure if it’s worth the drive just for those burgers unless I was in the area. I wish the place the best and now have three extra Groupons on my cell phone I need to figure out how to get rid of.
============================================================
Don’t forget to follow me on Twitter and like us on Facebook