There’s a recent Wichita event that I have missed out on the first two years of its existence. I told myself I was going to make it a point to go this year. That event is the Wichita Ribfest. I’ve had quite a few friends go the past couple years and the general consensus when asking their opinions was “It’s ok”, “Something you only need to try once” and “It can get pretty expensive.”
It only makes sense that one of Wichita’s Top 200 food bloggers should attend the event so his 12 readers could get a sense of what to expect if they ever want to attend Wichita Ribfest. 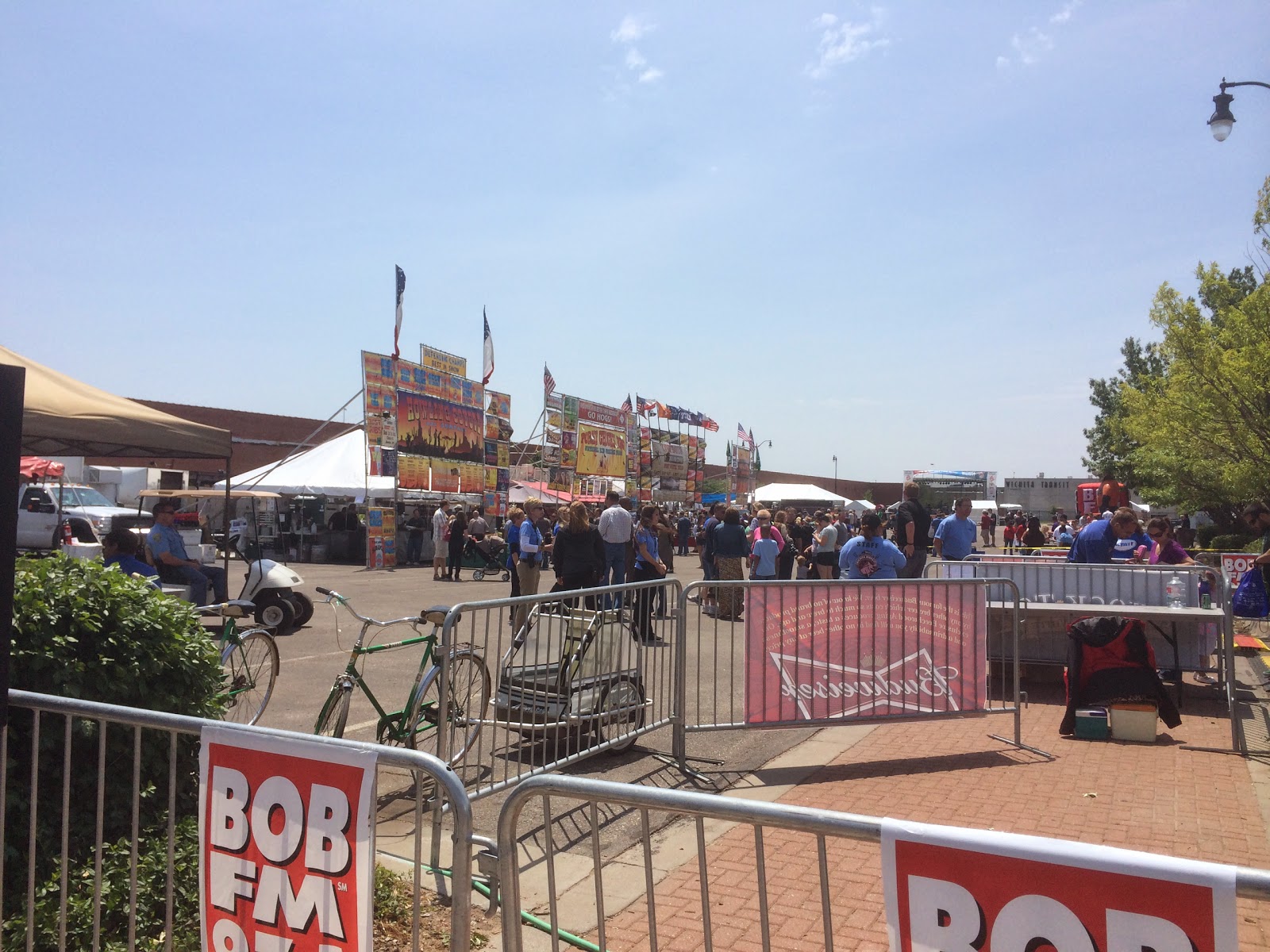 The basics of the event: You pay $5 for a wristband that gets you in each day of the event. Wichita Ribfest, this year, took place May 16th-18th. So you pay $5 and you can come and go as you please. The event is located in City Lot D at 777 E. Waterman, just east of INTRUST Bank Arena. They have it all blocked off. Once you arrive, there’s all the food vendors set up, a concert stage at the south end and towards the west end an area for kids to play at.
I went with a couple friends on Sunday (first timers as well) and we stuck primarily to the ribs area and the beer tent. You do need an additional wristband to drink so they’ll card you when you enter. If you’re lucky to look young enough, they’ll even card you again when you order a beer but according to one lady’s button, she cards because she cares. They must have cared for me twice as much.
The beers were $5 a piece and the food was a totally different situation. One of the complaints I heard from friends was there isn’t a sampler type platter where you could try each of the ribs from each of the vendors. You have to wait in line and order separately from each place. It does make sense to me not to make a sampler platter as you may mix up the sauces and/or mix up which rib is which. Prices from each of the vendors were the same. $8 for a quarter rack (3 bones), $15 for a half rack (6 bones) and $25 for a full rack. You could add $3 and add a couple sides.
Our plan of attack was to just order a half rack at each of the four stations we saw even though there were 5-6 advertised for the weekend. So for the three of us, we spent $60 and had 8 bones a piece.
After trying each of the places, we came to a general consensus of how we ranked all four places. From last to first place (drumroll please………………….)
4th Place – Cowboys Barbeque and Rib Company
We had these to end our day and they just weren’t up to par with the rest of the four. They weren’t the fall of the bone type of ribs, a little tough and too dry. 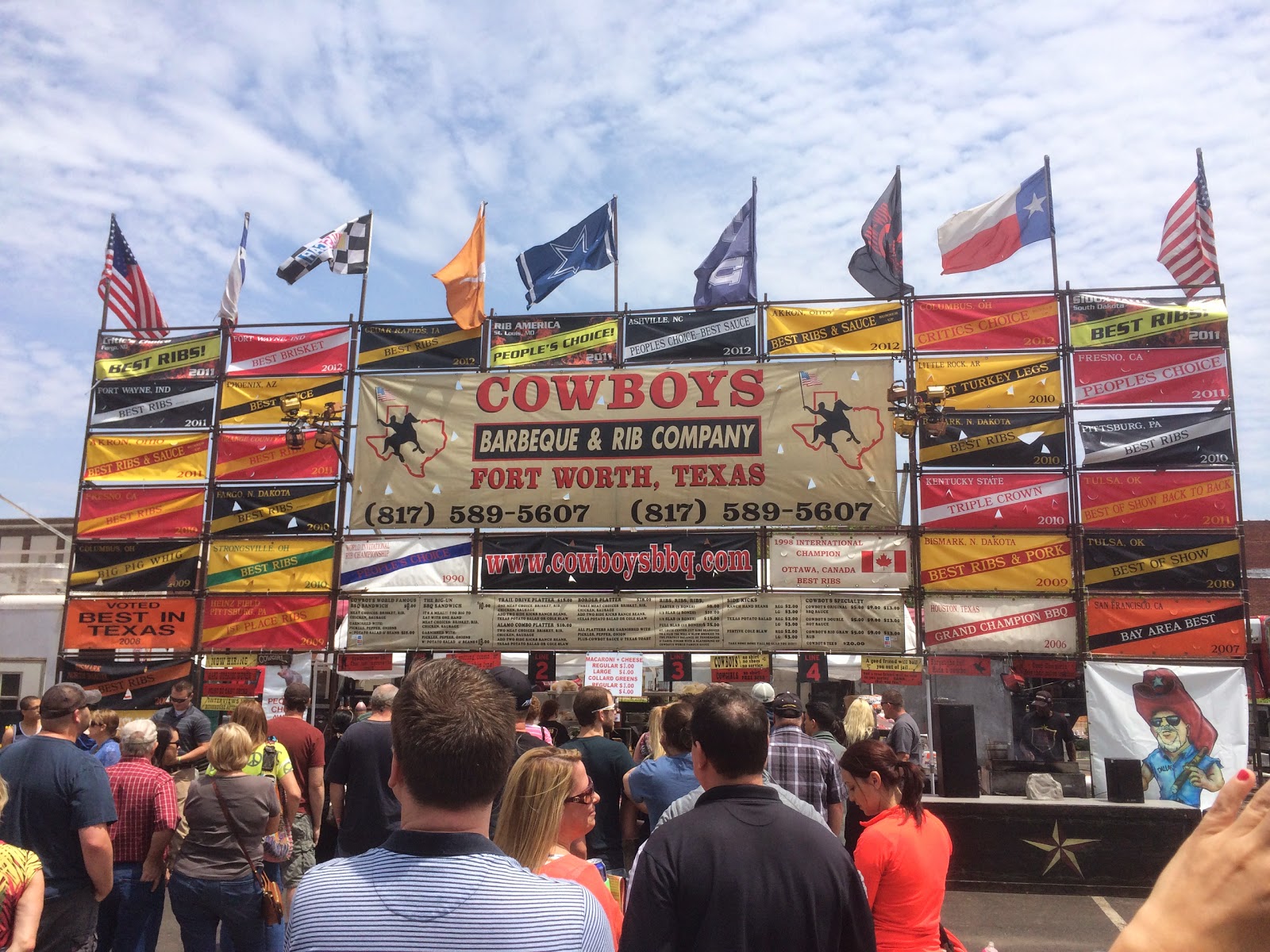 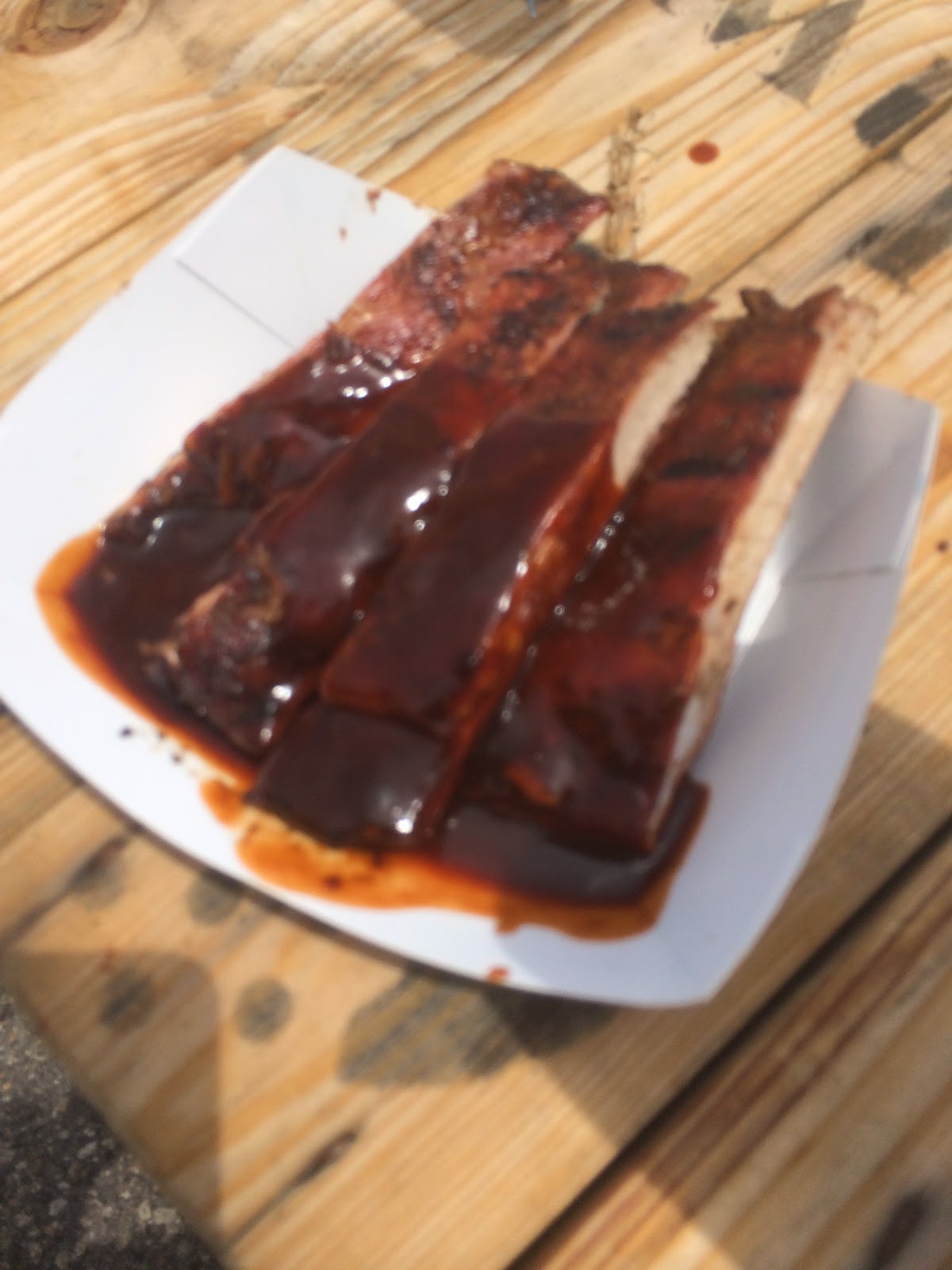 3rd Place – Hickory Road BBQ & Catering Company
This was our first set of ribs. The meat came right off the bone but it was a little dry. Pretty good flavor and the sauce was good. 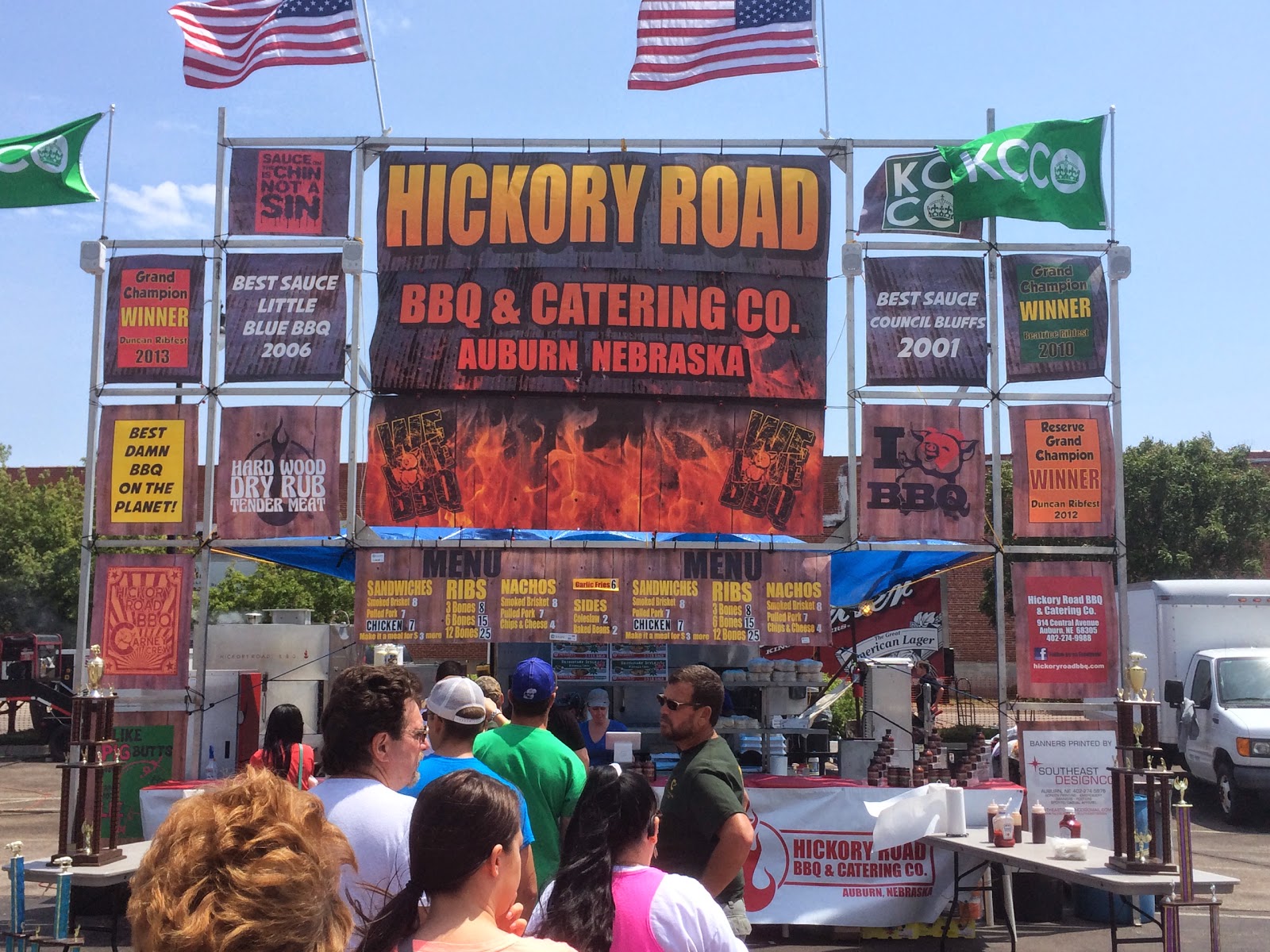 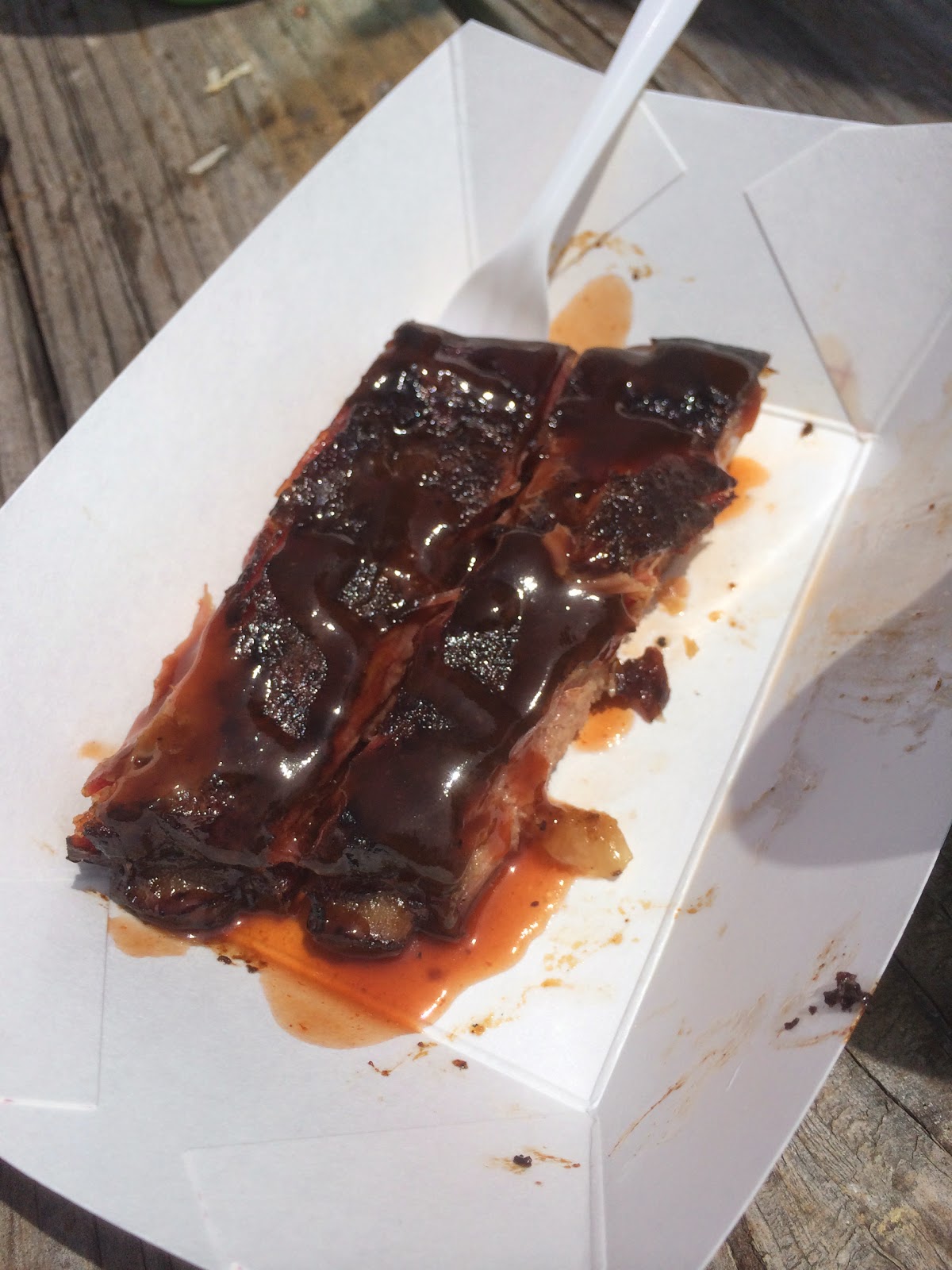 2nd Place – Porky Chicks BBQ
Decent flavor, tender, but was just way too salty for me. My personal vote would have been for Hickory Road to be 2nd place. Drinking a beer while eating these made me salivate for some water. These ribs were the third ones we tried. 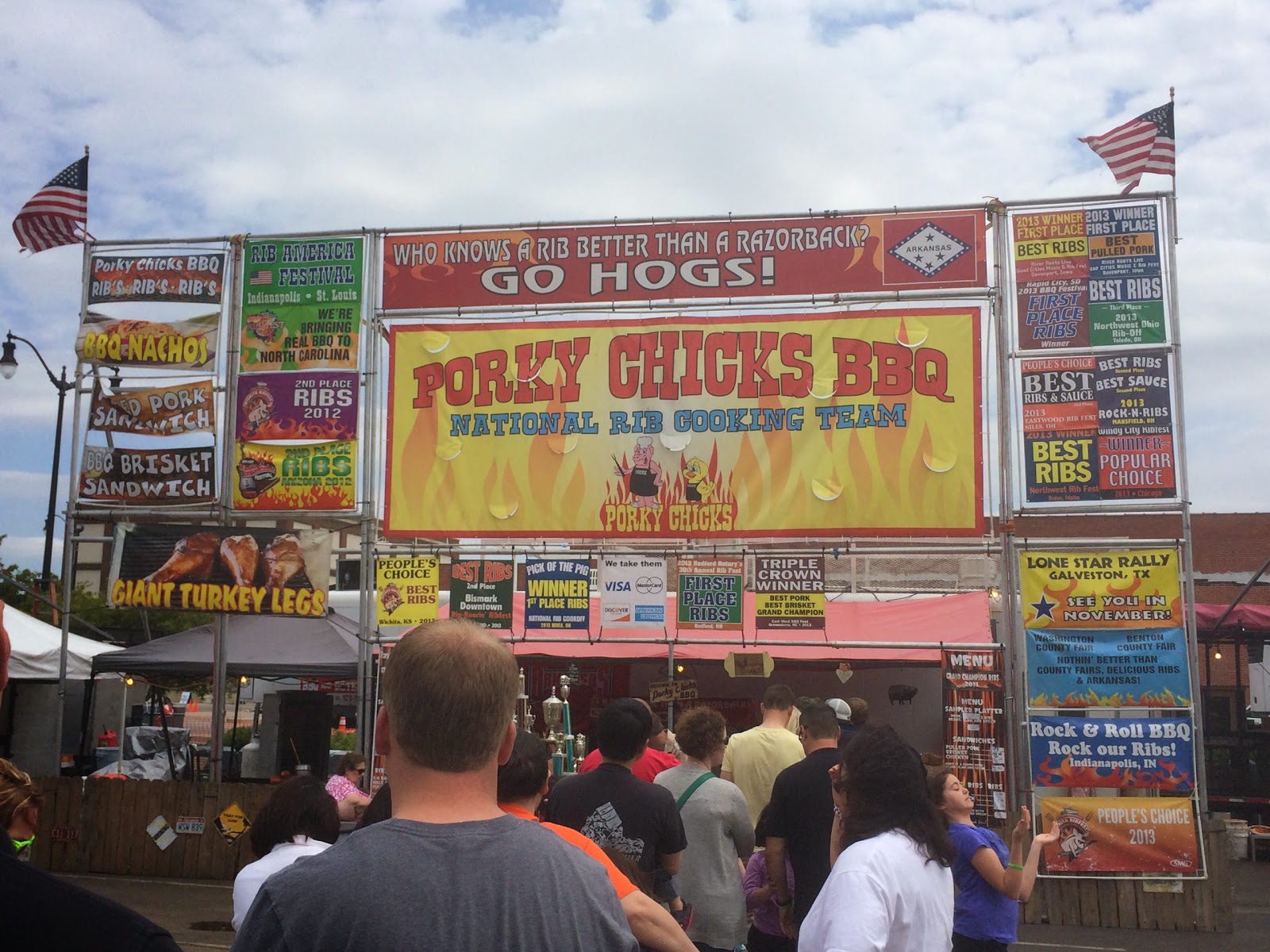 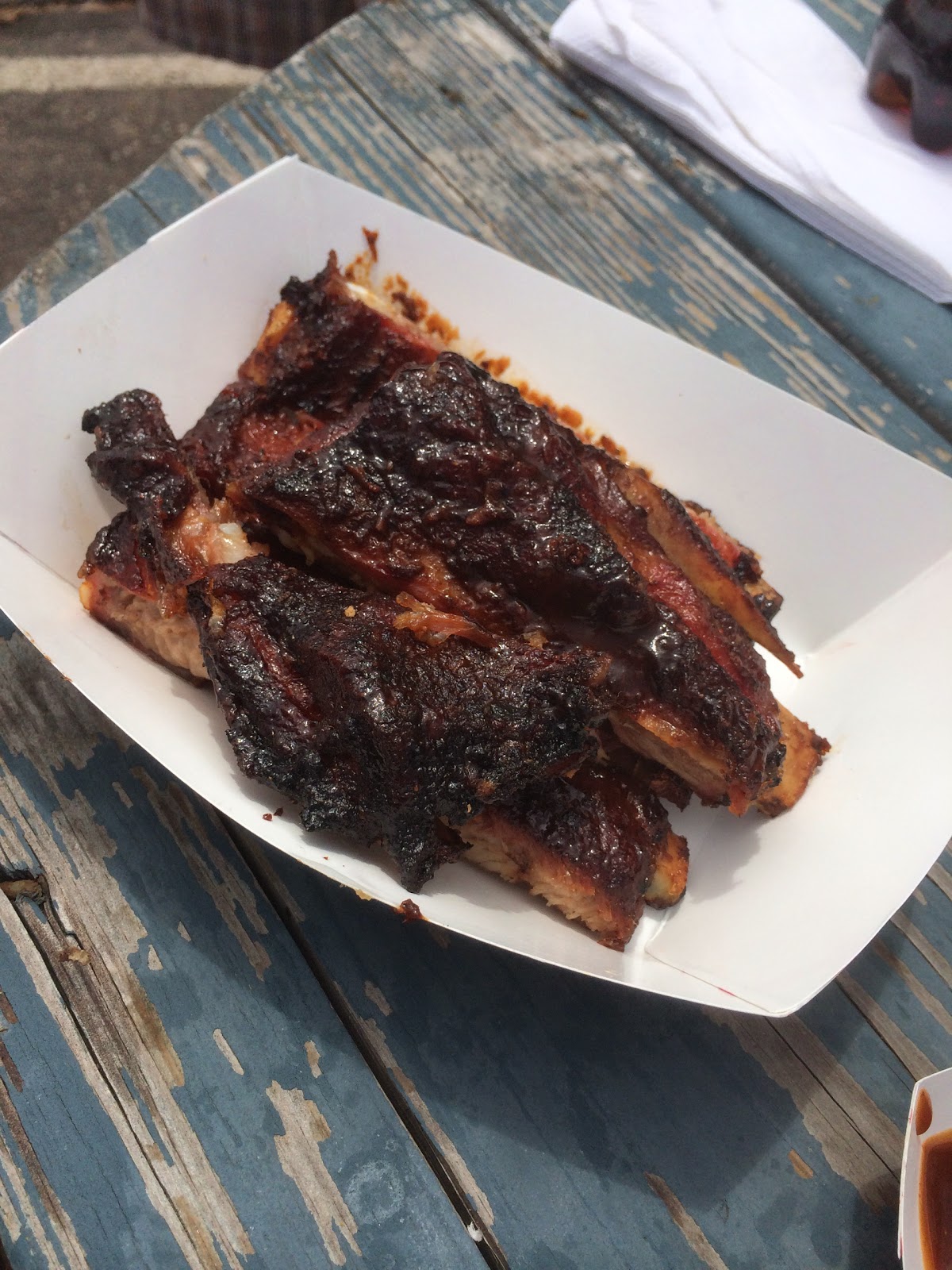 1st Place – Howling Coyote BBQ Company
Hands down winner of the event. Little did we know they were the defending champions from last year and actually won again this year too. These were the best of the four.  Good flavor, tender meat, just everything you would want in a set of ribs. 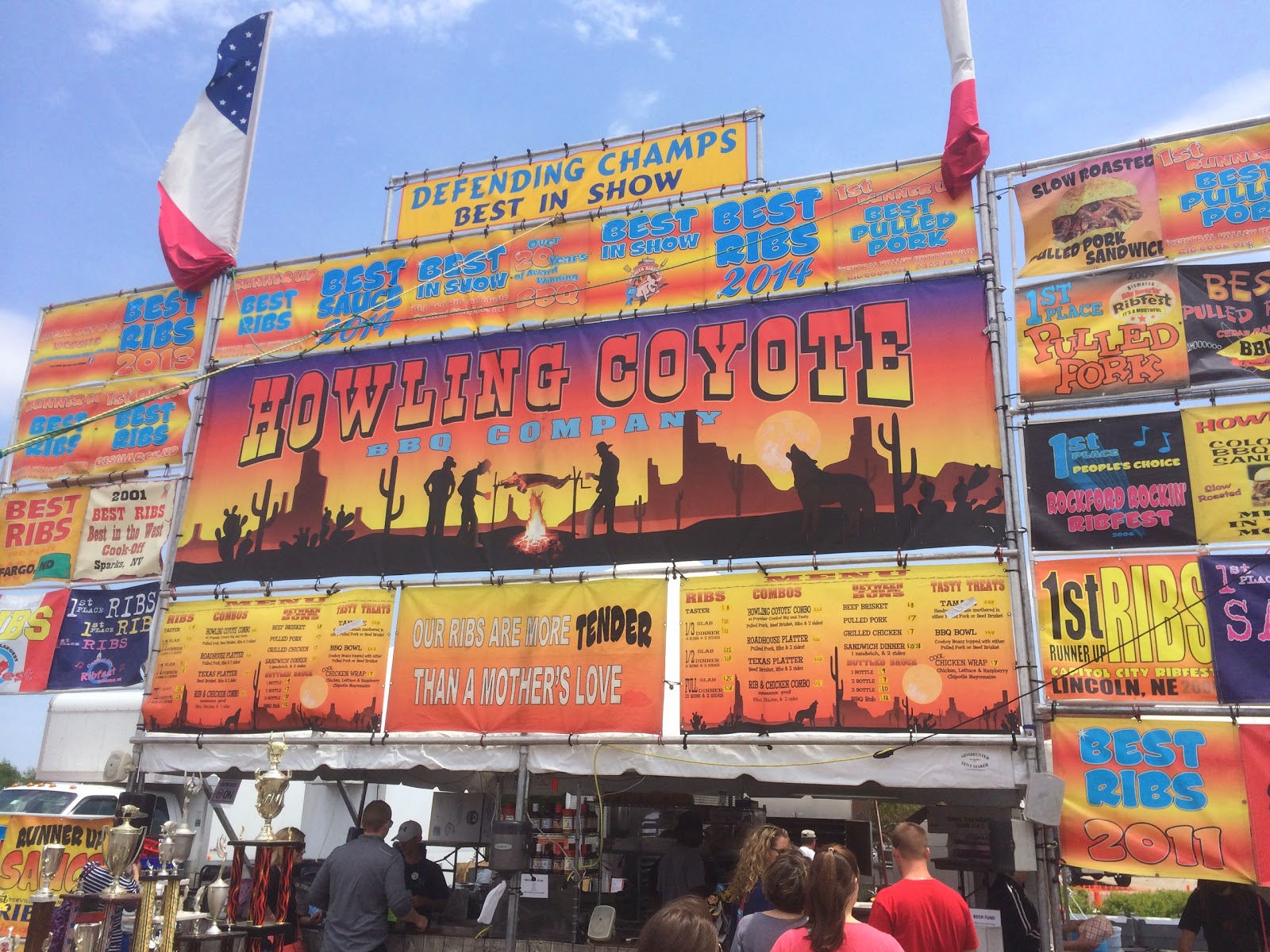 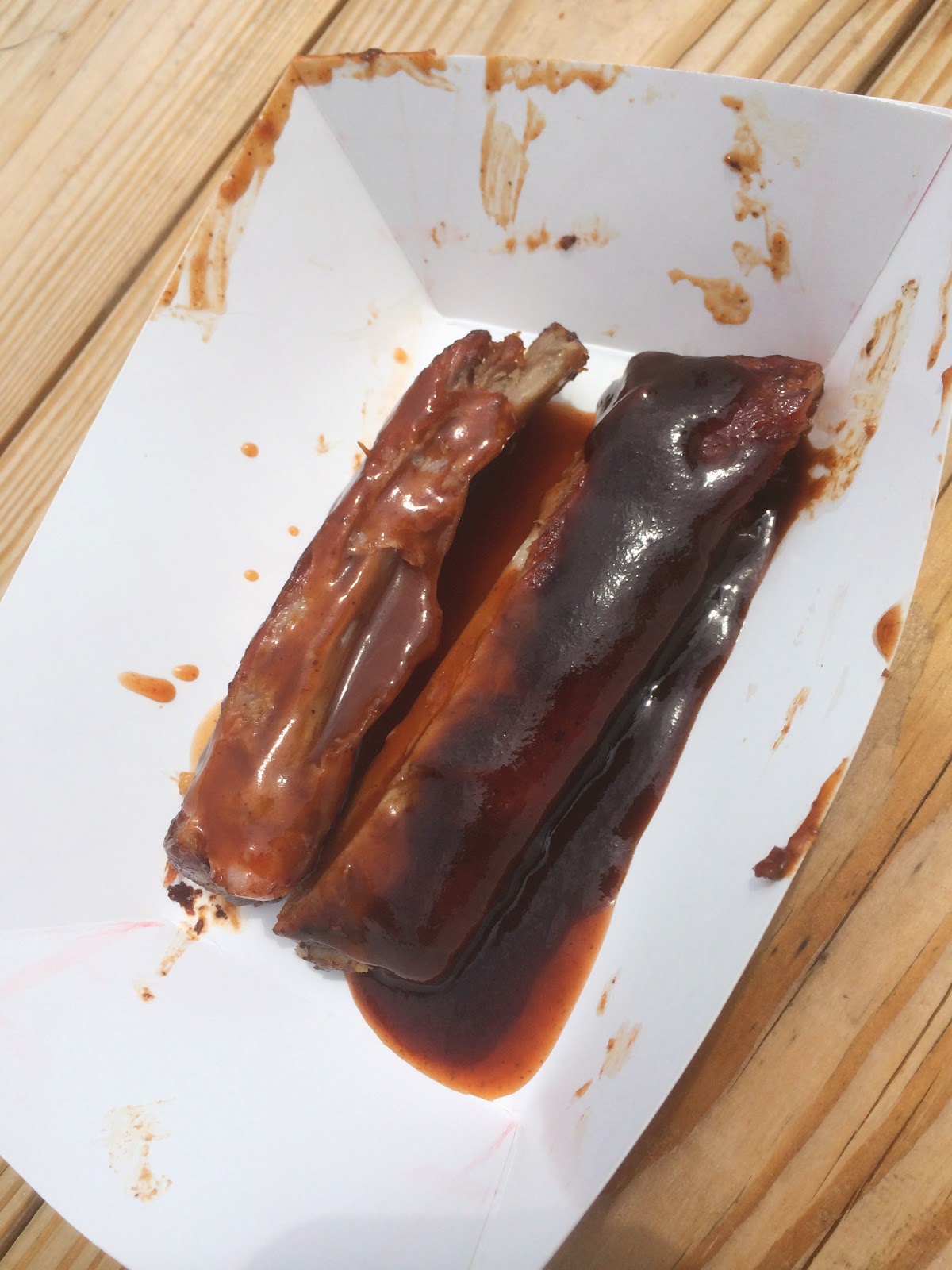 Regarding the event itself, the comments my friends made were nearly spot on. The event is ok but nothing special. It can get a little pricey for what you get. If you have friends that are great cooks, you ‘d be better off buying some ribs and having a backyard cookout. But to me, part of the Ribfest is the experience you get of going. The people watching at Wichita Ribfest alone is worth the $5 alone.
Would I go again? Maybe….Perhaps but it’s probably something I’d go to on a whim instead of planning on making a day of it. After about two hours at Wichita Ribfest, I was done and ready to leave.

Have you been? I would love to read your thoughts.