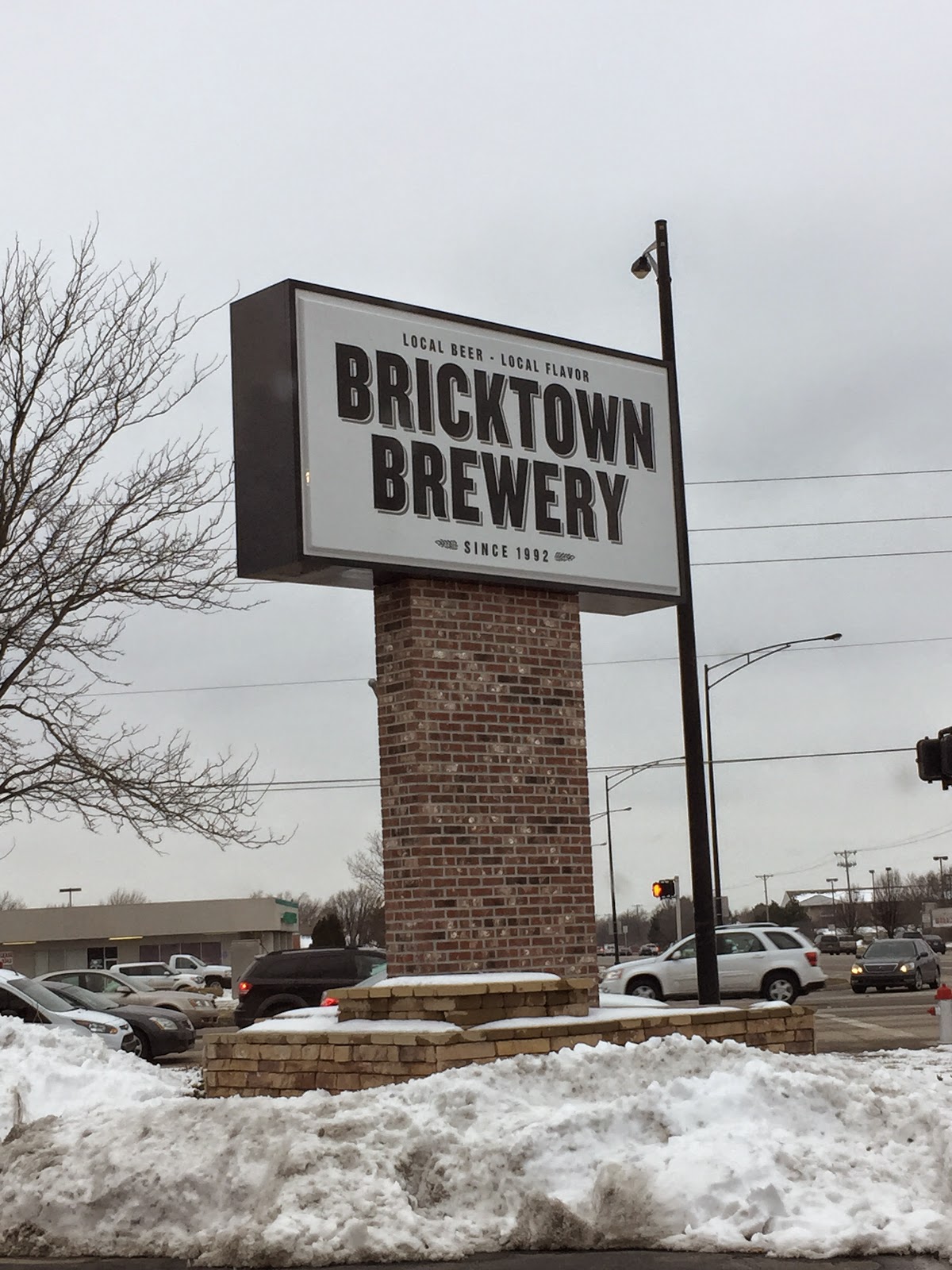 On the West side of Wichita, there seems to be a major lack of quality bars. The ones my friends frequent the most are all near or off of 21st. For you west siders, there’s a new establishment for you to try out: Bricktown Brewery.
Bricktown Brewery is located at the southeast corner of Tyler and 21st street at 2142 N Tyler Rd. They are located in the old Chapada Chophouse restaurant. The building looks to have been renovated and has a modern upscale look to it. There were a plethora of televisions scattered throughout the building which would give many bar-goers a good view of whatever game they wanted to watch.
For those that don’t know Bricktown Brewery is based out of the great state of Oklahoma. This is their first location in Kansas. Please do note though, the beers they have in Wichita are not brewed on site.
This week they have been doing a soft opening with proceeds going to help out the Children’s Miracle Network. So grabbing some beers, eating some food and helping out a charity was right up the alley for my friends and I.
Everybody was impressed with the new look inside the building. It’s changed a bit from the Chapada interior as the place looks more open now. With it being a soft opening, we knew what to expect in terms of service, food wait, etc. This was all a test of things for them to work on once they open.
We had a good experience at the soft opening of Bricktown Brewery. The one thing that stuck out for us was the appetizers. Between the six of us who went, we had the boom boom shrimp, the nachos and the sea salt caramel fries. Between those three appetizers, they really nailed it. Each of my friends enjoyed the selection we had. I “heard” the nachos were good because I of course avoid extremely cheesy food but the sea salt caramel fries really impressed everybody. The boom boom shrimp had a good kick to it. ProTip: Give the Sea Salt Caramel Fries a try. 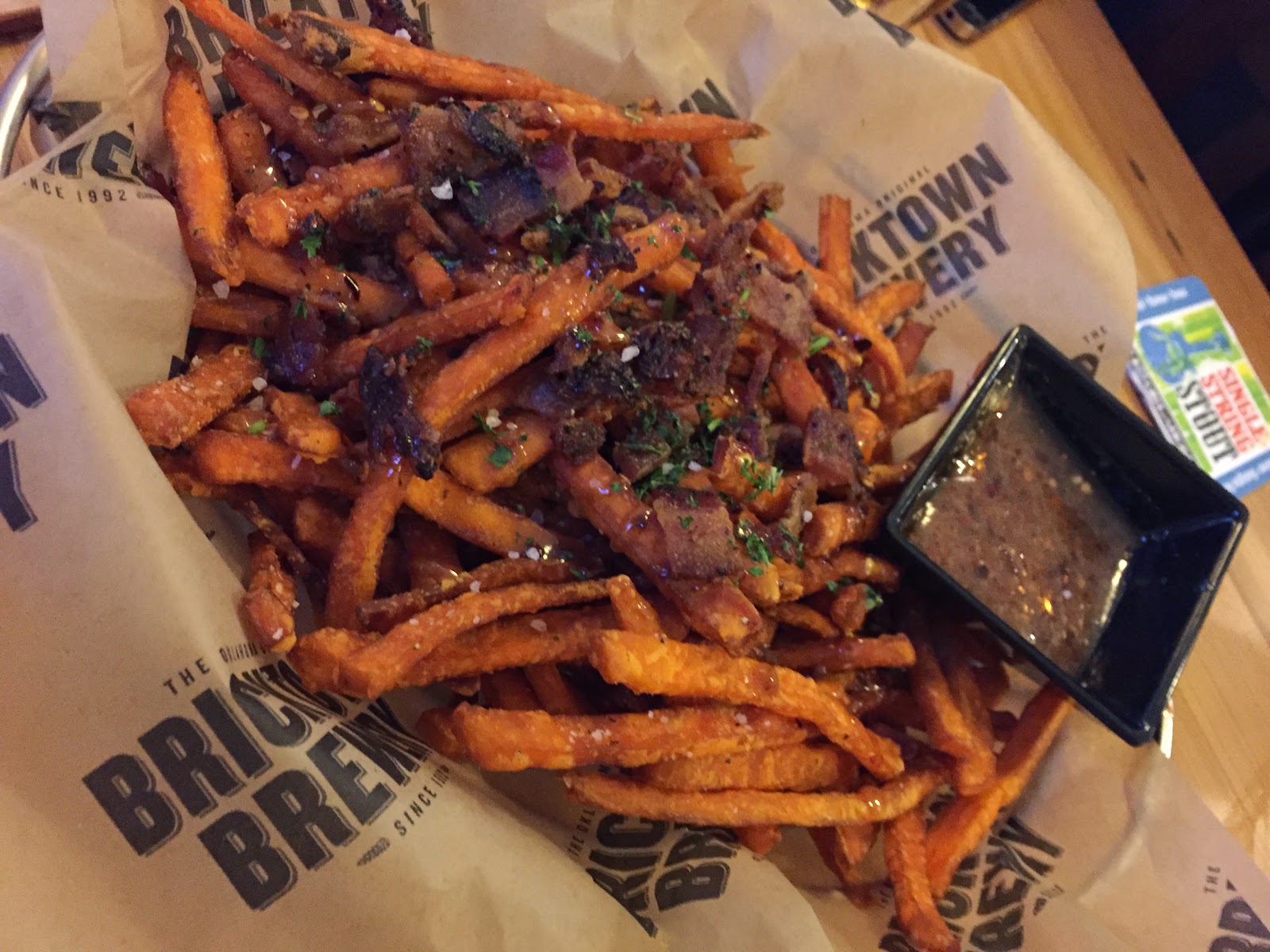 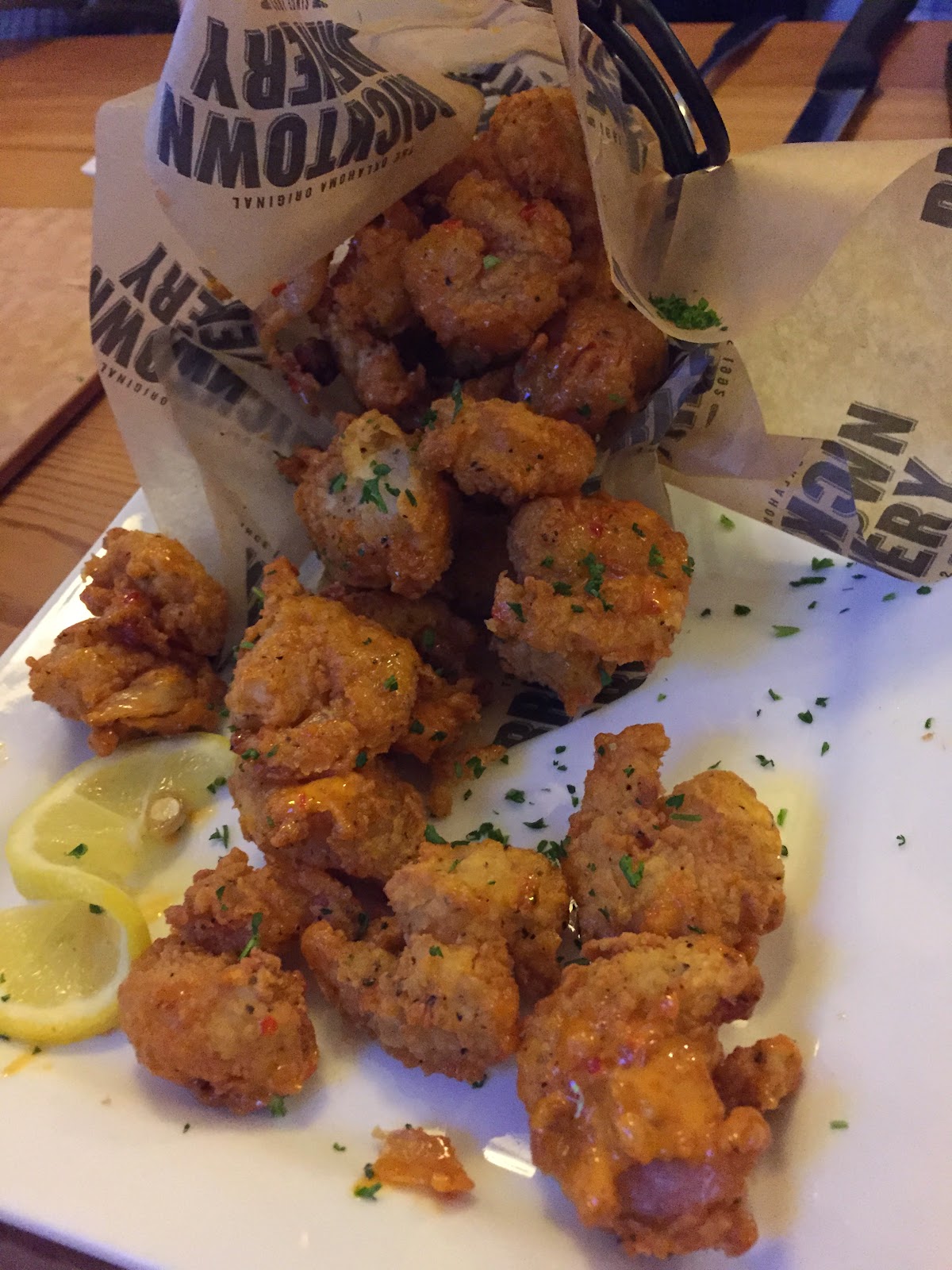 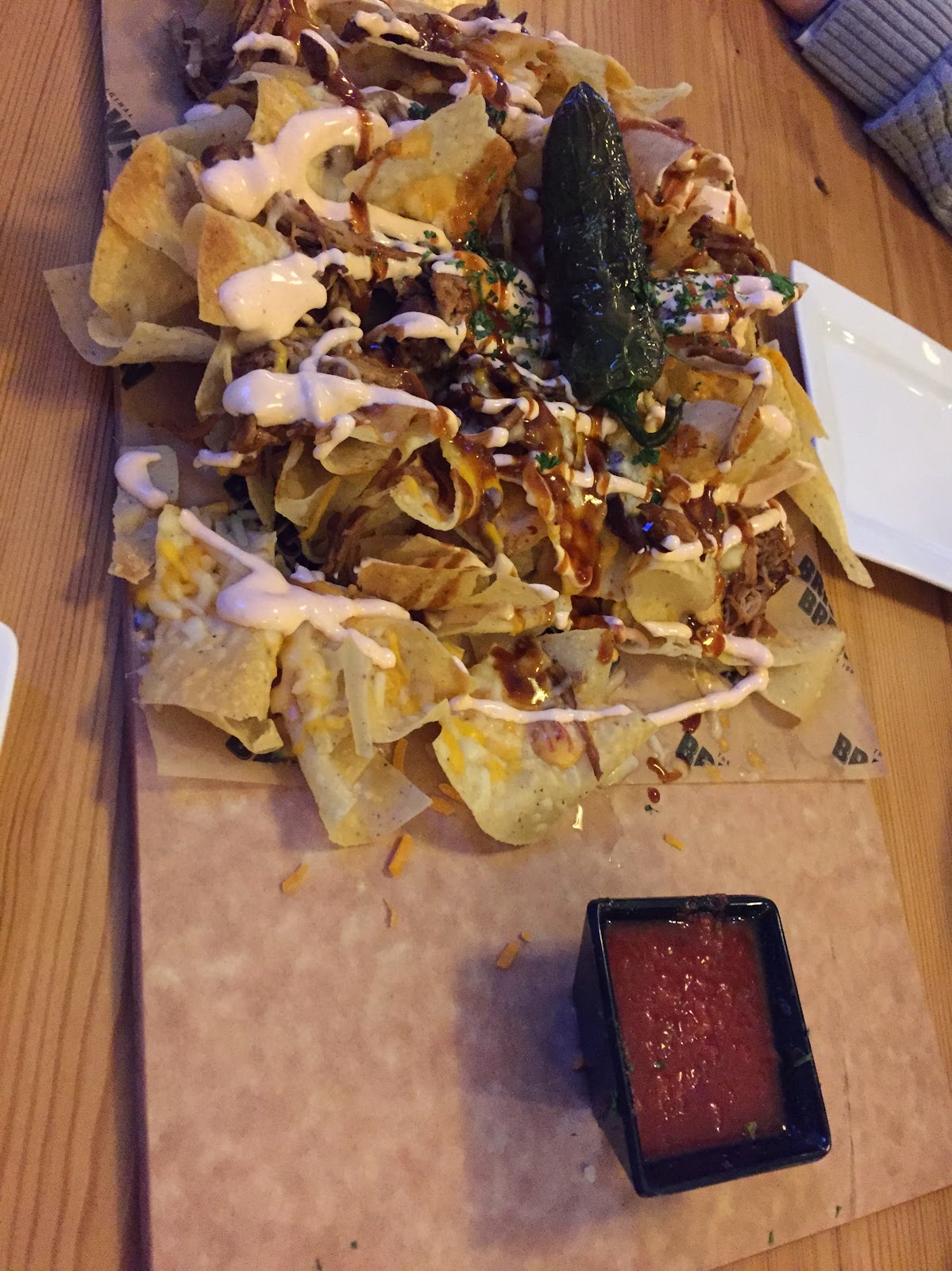 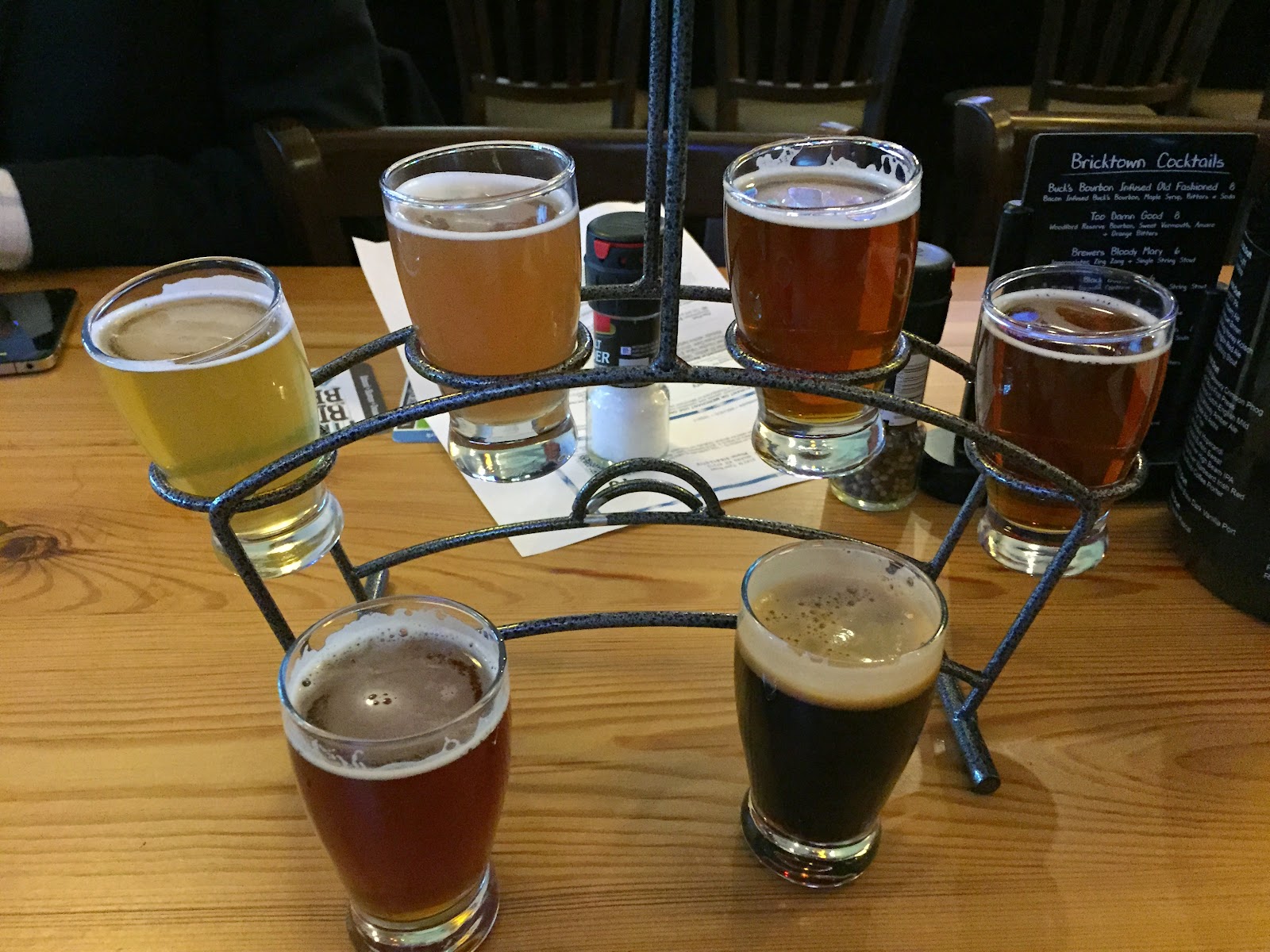 Everybody in our group also ordered a sampler of all the beers they had on hand. The six we were able to sample were: Blues Berry Ale, Remington Red Ale, Aught 7 IPA, Bricktown Brown, Single String Stout and a sixth one I forgot to write down. I believe it was the One Eyed Wiley Wheat Beer, but I could be wrong. I do know for sure it was a wheat beer. One suggestion we would make for Bricktown Brewery is to provide a beer list as they didn’t have one on hand for us to look at and order from.
The six of us all also ordered a different entrée item. The items were ordered were: Uber Burger, Truckburger, Sage Fried Chicken and Waffles, Margherita Pizza, The Yard Bird, and Big Mike’s Meatloaf. All in all, we were not as impressed with the entrees as we were the appetizers. It did leave a little to be desired. Not one entree really stuck out as a favorite of everybody’s. The pizza for instance was pretty dry upon coming out as though it was done cooking long before everybody’s food. 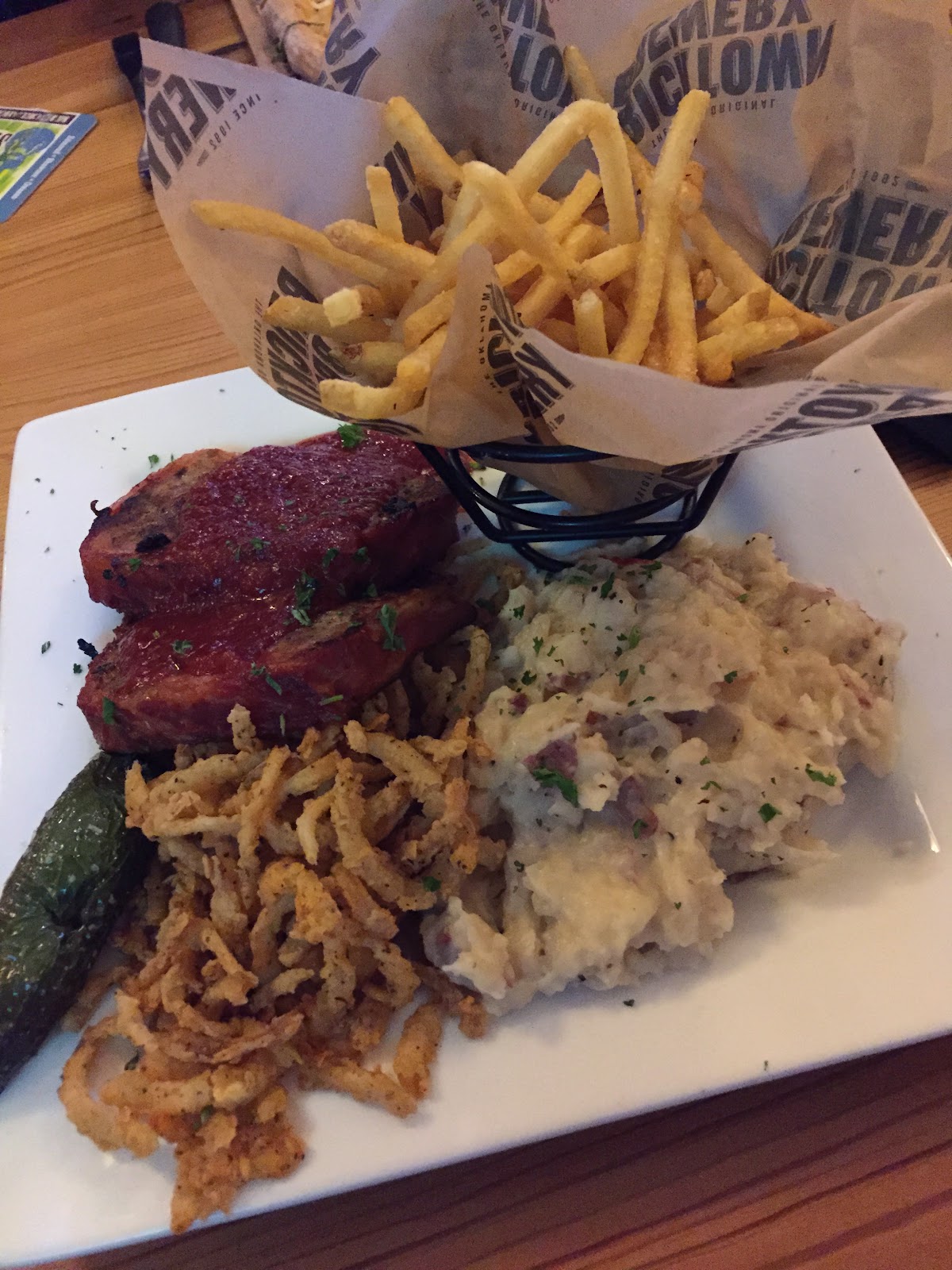 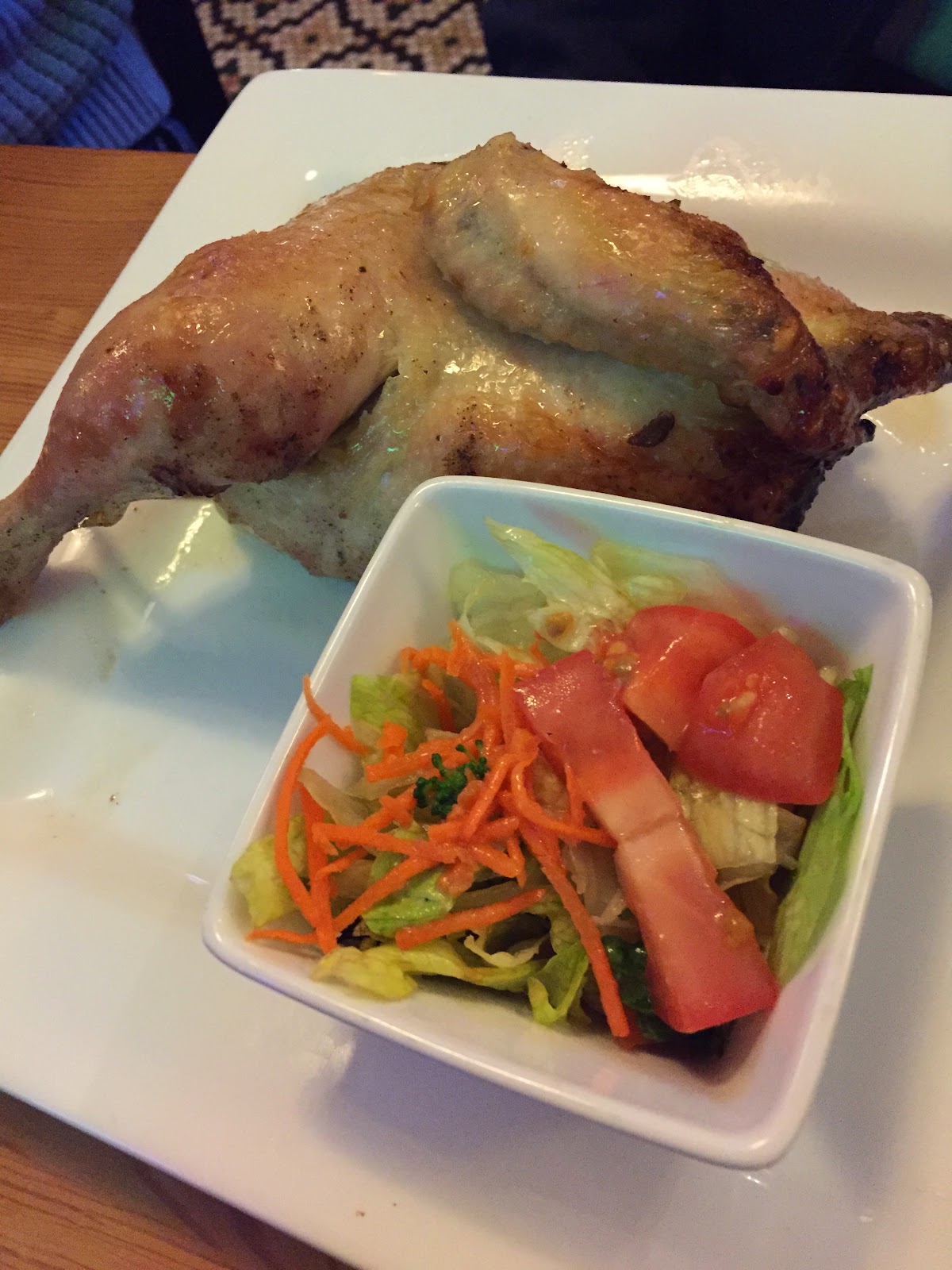 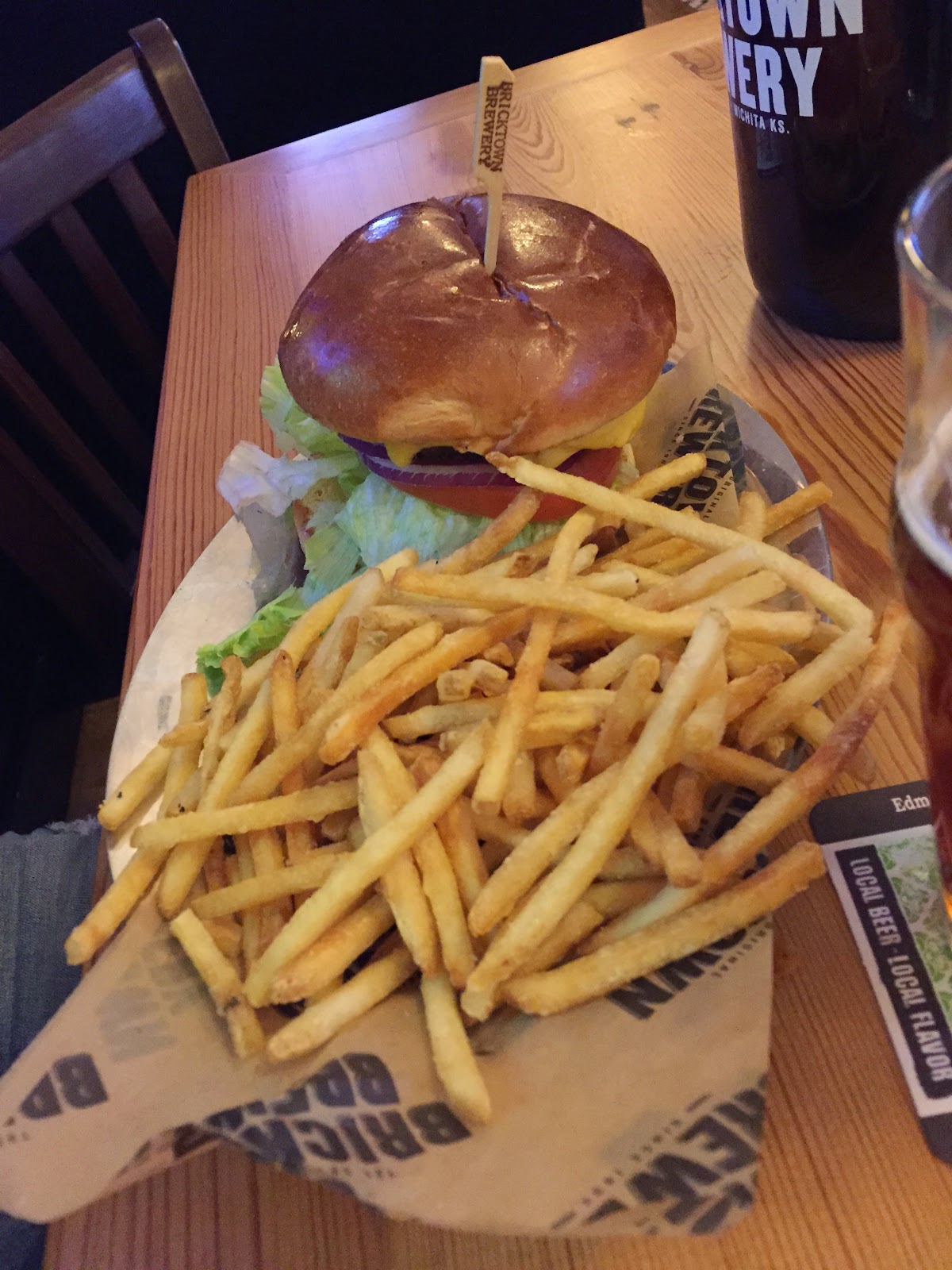 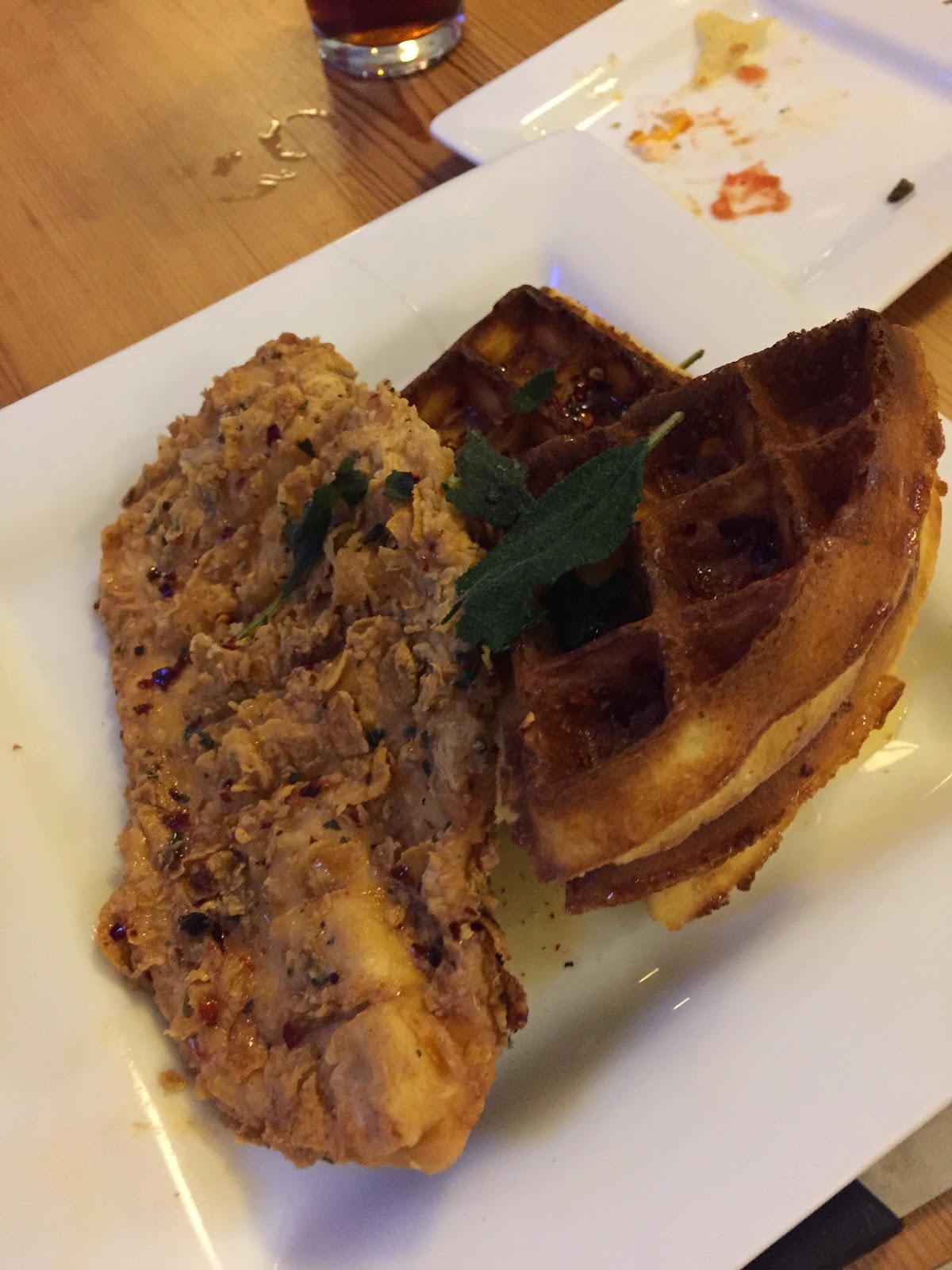 Overall despite the underwhelming entree items, we were fans of the place. The service was excellent as was the timing of the food even though it was a soft opening. I’m sure we will be back on the West side of Wichita to try it out again once they are officially open. Most of the times when my friends and I go out for drinks, we stick to appetizers and that is something Bricktown Brewery has a good offering of.
We look forward to seeing the future of the new restaurant in town because the West side could definitely use another good place to drink besides someone’s garage.
Have you been? What do you think? Feel free to comment below.

0 thoughts on “A First Look into Bricktown Brewery”