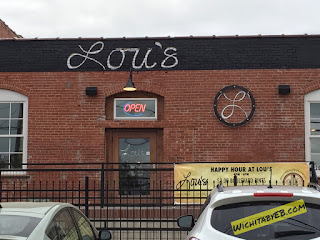 Lou’s Charcuteria and Cocktails is a unique experience in Wichita. You won’t find another restaurant like it in Wichita.

They specialize in charcuterie. What is that you ask? According to my friend Wikipedia, a charcuterie is the branch of cooking devoted to prepared meat products, such as bacon, ham, sausage, terrines, galantines, ballotines, pâtés, and confit, primarily from pork. Charcuterie is part of the garde manger chef’s repertoire. Originally intended as a way to preserve meat before the advent of refrigeration, they are prepared today for their flavors derived from the preservation processes.

Lou’s is located at 220 S Commerce in the old Walker’s Bar building essentially next door to Intrust Bank Arena and attached to The Hungry Heart (reviewed here). They are open Tuesday thru Thursday 11 am – Midnight and on Friday and Saturday from 11 am to 2 am.

My friends and I went over the weekend just to see what the place looked like and grab a couple drinks. For those familiar with the short lived Walker’s Bar, not much has changed from the inside of the building. It has an almost exact look and feel as it’s previous tenant.

They have a wide assortment of bottled beers to choose from, one of my friends stated you rarely find drink specials that cheap on that side of town on the weekend.

We had no intention of eating but after glancing at the menu, it was decided we might as well turn this into a food review and see what Lou’s was all about. It took us a while to decide what to order so in the meantime, I started off with some pickled eggs for myself. Those of you who know me, know that when I see deviled eggs on a menu or even in a gas station, I will order them without hesitation. For $2, I felt like I was LOSING money not ordering them. So I did and so they arrived. I’m a big fan of the deviled eggs at Redrock Canyon Grill but the ones at Lou’s may have just topped them.  With a little sausage, onion, peppers and some spices, it was already assured that these deviled eggs would be the highlight of my life…. night. 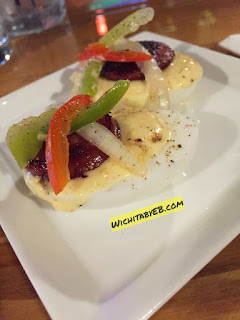 After much discussion with our server, we eventually decided on going with the “Home on the Range” board. It included Buffalo sausage, Venison summer sausage, Pheasant, Turkey, mustard, sauerkraut, bread all for the price of $22.

Between the four of us who split the board, the pheasant was the overwhelming favorite of everybody. The girls in our group thought the buffalo sausage was too gamy. Personally, I kind of liked it. The chips and bread were excellent. The board came with a mustard sauce and a peppery sauce, both which were completely gone before we were even done eating. We definitely could have used a little more sauce with our board. 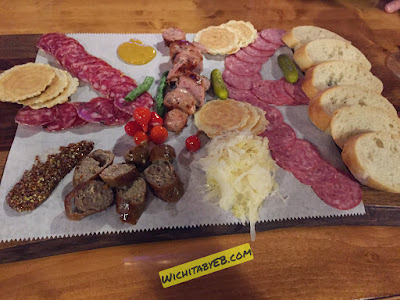 Being the pigs we are, we went ahead and ordered a second board. This time, I was outvoted on what to get and was forced to get the Charcuterie Board which is a chef’s selection of five meats, pickled (deviled) eggs and bread. We were given the option of creating our own board with our five selections at $22. So we told our server to give us any five meats but to include pheasant again and that we wanted three cheeses: cheddar, mozzarella, and manchego cheese which would be an additional price.

Once again the pheasant was just devoured on like lions on a rare steak. As for the cheeses, they were a hit especially the mozzarella and manchego cheese. One of my friends couldn’t stop raving about the manchego. The little baby pickles were great along with another order of the pickled eggs. The other meats included in our board were pepperoni, salami calabrese, chorizo, and venison. The chorizos were my favorite besides the pheasant.

When we received our ticket for the second tray it came out to be roughly $42. Apparently, adding the three cheseses onto our tray cost another $20 on top of our $22 tray which seemed way too pricey for what we received as seen in the picture below. We didn’t dispute the charge. Figured, since we went ahead and ordered it we might as well pay it. 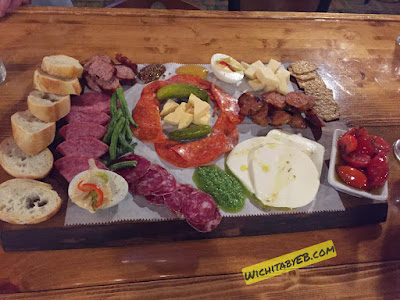 There are also sandwiches on the menu but we didn’t try them at all.

The entire evening, our server was excellent. From explaining the boards to us, to taking care of us, she was just outstanding.

I should add that the same evening, another table was having dinner which included a friend of mine. She came up to me and I asked how her evening at Lou’s was going and it had a different feel than what we had. She mentioned they ordered the Italian Board which came with chorizo, Colby-Jack cheese, and other incorrect meats which they would fix later only after something was said. They were also told many wines on their wine list were not in stock including any white wines which was disappointing for them. They were not also aware that you could create your own board if you wanted to. She said the service was great just like ours but between the order being messed up, no white wines on hand and the quality of some of the food they received not being great charcuterie…. her experience was probably more of a thumbs down based on the discussion I had with her.

Everybody in our group was pleased with what we received. The range of opinions for Lou’s varied with the best being she really liked it a lot; nobody disliked it. I wouldn’t call it great or awesome. If one of my friends were to text me and ask my opinion my reply would be, “It’s not bad.”

It was something different and unique to Wichita. Some of the foods were really good but not sure I’d go back to spend the money on the boards again. I’d try the pickled eggs again or one of their sandwiches on the menu. I can see this place getting lots of mixed reviews. It may not be for everybody

The main take away everybody had was it’s pretty pricey for what you get; it’s certainly not an exceptional value if you’re looking for one. Great concept but if you’re going with the board options, you could pay a pretty penny if you’re looking to get full.

The restaurant is in a VERY tough location to get business from outside of events at Intrust Bank Arena. I wonder how successful this place could be come. It was not busy at all on the Friday night my friends and I went in. One of my friends was hoping it would be busier. 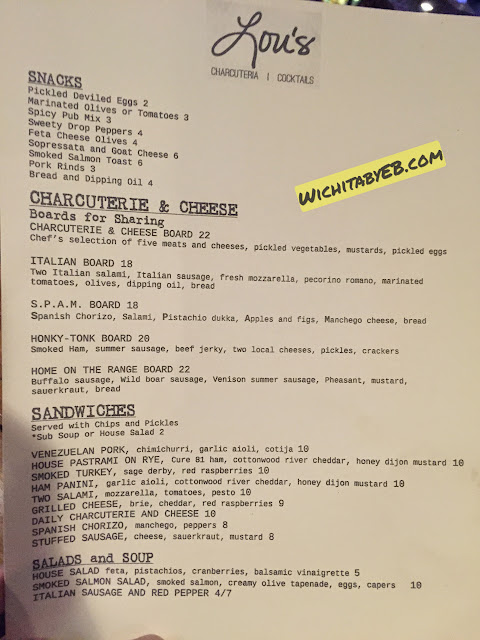 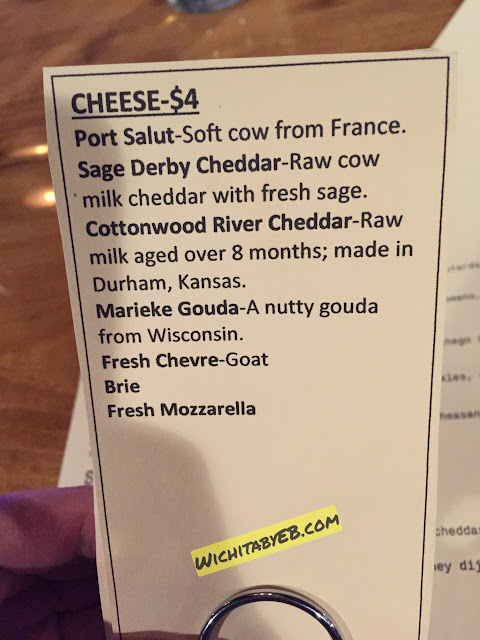 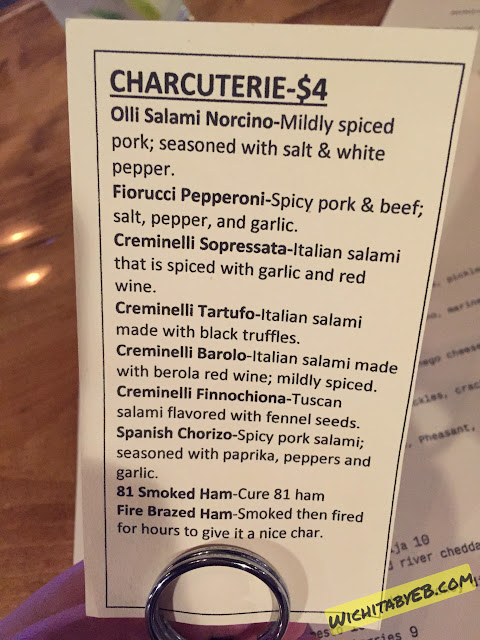