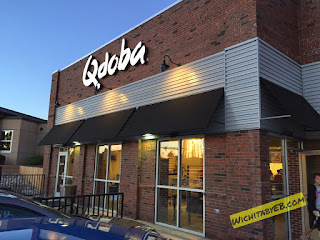 The anxiously awaited Qdoba has finally opened it’s doors in Wichita. Located in the place where Yen Ching was at 430 N Rock Road (near Rock and Central). This is a brand new building as Yen Ching was torn down after it closed. Qdoba has been steadily busy every time I’ve driven by.

Open from 10:30 am – 10:00 pm all seven days of the week, Qdoba is similar to the Chipotle, Blue Mexican Grill (reviewed here), and Freebirds (reviewed here) in the fact that you go down an assembly line style and choose your type of food you want, your rice, beans, cheeses, toppings, salsa, etc.

There are quite a few Qdoba locations throughout the U.S. My brother told me when he lived in St. Louis for a while, he used to always go to Qdoba to eat. What sets Qdoba apart from other similar burrito locations is their “All for One Price” model. All other establishments charge extra for items like queso, sour cream and guacamole; not Qdoba.

Before everybody gets excited about the free extras, it should be noted that the prices at Qdoba are significantly higher than the competitors.

Grilled Chicken, Vegetarian, and Ground Beef entree’s cost $7.80 while Pulled Pork, Grilled Steak and Shredded Beef entrees cost $8.40. By comparison a steak entrée runs anywhere from $7.20-$7.45 at the competitors and a Chicken entrée cost $6.50-$6.75. That is definitely something to keep in mind. 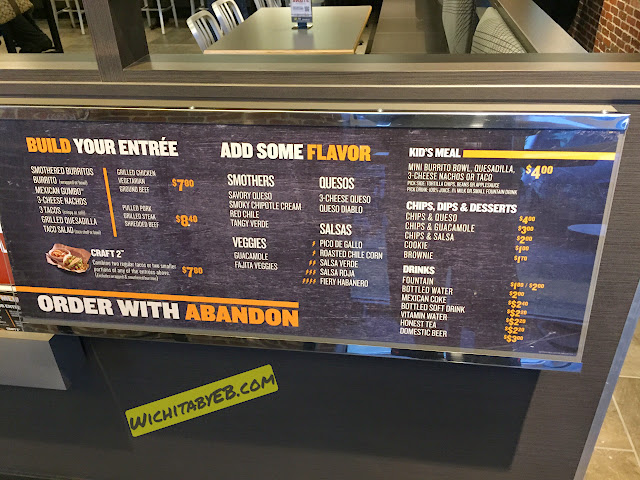 This past weekend was their opening weekend so going in, it was apparent that there were still training going on with their employees. Keeping that in mind, any issues with slowness was forgiven because the of that. I actually went there twice in the past few days to get a good gauge on how it all went. 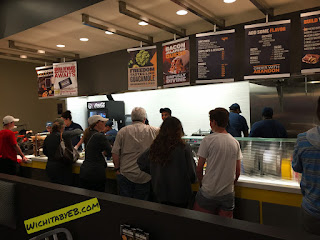 When you arrive there, the line of employees there to serve you is a lot. There is somebody to take your order, somebody to take your meat order, somebody for queso and salsa, and somebody for other toppings. It was a lot. I’m not sure if it’ll be like that later or if it was just because of the opening weekend. The first time I went there, the line moved pretty slow because the trainer was explaining things to the employees. The second time I went in, it moved much quicker.

So how about the food?

The first time I went in, I had a pork burrito and it was good but not great by any means. I wasn’t a big fan of the tortilla they used as it was just too bready for me. I usually stick with a burrito bowl so I’m not sure why I even ordered a burrito. My friend had a half steak/half chicken burrito and quickly ran through the burrito but noted that the steak didn’t taste as fresh as Chipotle.

The second time I went in I had a basic chicken burrito bowl. I used their hottest sauce and if you have a great tolerance for hot sauce, this will be fine. If you don’t, I can see how this may be hot for you. The chicken, like my friend’s steak earlier, didn’t taste as good as I’ve had at other places. All the other toppings on there were nice from the rice to the guacamole. 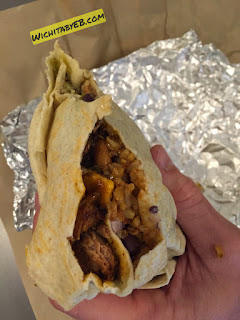 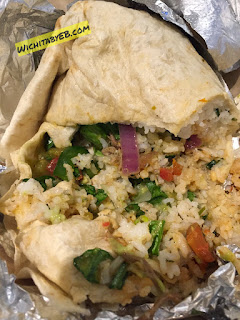 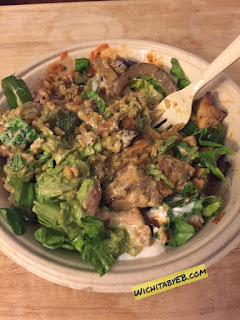 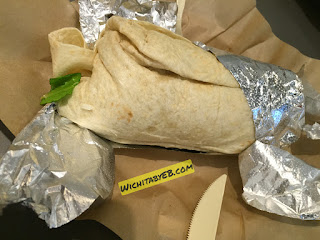 Another friend who went separately said that Qdoba was “perfection as always”. She loved the queso and noted that’s what sets it apart from the others.

Since the establishment is closer to my house than Chipotle, Freebirds and Blue Mexican Grill, I can see myself going again but I wouldn’t say it’s my favorite. It’s convenient and close. If somebody were to ask me my opinion of this place (which I’m sure is why some of you are reading this), I’m just indifferent about it. I don’t really like it, but I don’t necessarily dislike it. It’s good, it is what it is and I’m sure I could come up with 100 more random cliché statements like that.

I’ve had friends who have gone there that really like it and friends that feel the same way I do. Nobody has flat out told me yet they really hate it.

Give it a try yourself and let me know what you think. Don’t get too caught up in all the free options because in the end you kind of are paying for it.

They have a fantastic patio out front if the weather is nice so that is something to keep in mind too.