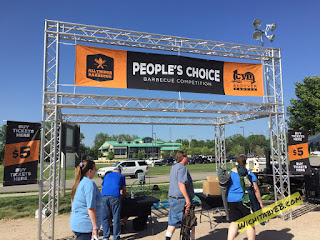 Saturday, June 20th was the 2015 Andover People’s Choice BBQ Competition. Not sure how many year’s they have been doing it but my friends and I decided to go check out the scene and see how it fared against other “Food Events” in Wichita like the not so well received Wichita Ribfest and the Baconfest which I actually missed out on but had friends go and come back with not so kind words.

With highs close to a 100 degrees, it was interesting to see how many people would brave the hot weather.

The Andover People’s Choice BBQ Competition is a free event to enter with the pork butts all being donated by Hormel. It looks as though All Things BBQ helped or was in charge of putting on the event which was held at Andover Central Park. 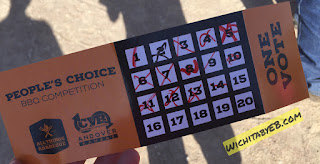 When we arrived, you had to pay $5 for a voting slip which allowed you to try each booth once. Their Facebook site was a little misleading in the fact that they had 1,200 participating in the barbecue competition last year. This year’s event had only 14 booths set up so not sure how many actual booths were set up last year.

The lines to each booth varied in the number of people. Some lines were a few people deep to get some pulled pork others were about 15-20 people deep. To get through all 14 stations, it only took my friends and I about 45-50 minutes. When you arrive at each station, you’re given a small little ramekin cup of pulled pork with some stations also offering their own sauce. After talking with many of the cooks, some traveled around the state to compete in BBQ competitions while others were just local Andover/Wichita folks entering for fun.

There were many good ones and some average ones in the group. 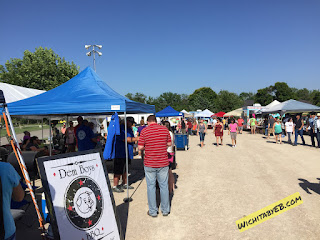 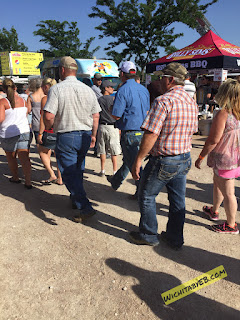 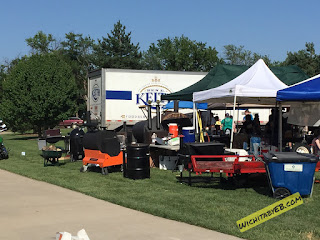 Overall it was a pretty nice event even with the blistering heat. Also they had Diamond Rio performing later that night at the park, so many people showed up with lawn chairs and coolers.

As for the BBQ Competition itself, two of the stations stuck out as the favorites for my friends and I. We eventually voted on two different booths: Out of Bounds BBQ and Bubba’s BBQ Nation. 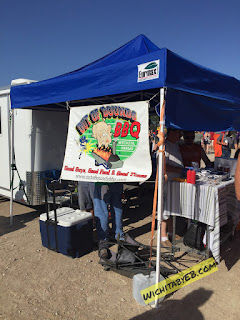 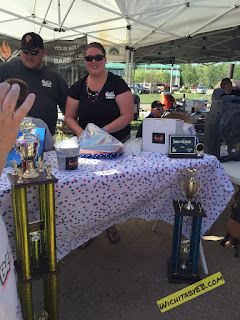 Would we go again? Probably. It was easy to get around and maneuver; a quick experience. If this goes on again next year, my friends may even join in entering the competition to cook and I’d help out that day to just enjoy it from the other perspective.

Have an event you’d like coverage on? E-mail [email protected]

20 Kid-Friendly Activities for Your Family in the Wichita Area

What to expect at the Wichita city public golf courses