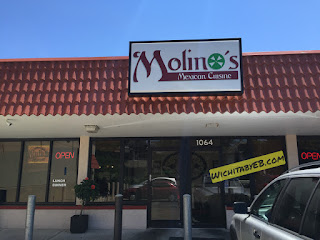 There’s a new Molino’s opening up in the building that used to house Linkhaus and U-Grill. I have been meaning to go to the original Molino’s location at 1064 N. Waco but decided to wait for the new Molino’s to open.

After weeks of waiting and delays beyond the owners control, I couldn’t wait any longer. I had to finally try Molino’s out and see what all the hype was about. Fortunately my cousin and her boyfriend wanted to grab some lunch so we made our destination to Molino’s Cuisine.

Molino’s is open everyday from 11 am – 9 pm. According to their Facebook page:

The Quiroz family (Frida’s Mexican Grill) is back with Piratas for Everybody! This delicious fusion of taco and panini is just one of the many authentic and original dishes that Mario and his family are sharing. Salsa samples, fine dining in comfort.

I’ve heard from many people that Molino’s is one of the best Mexican restaurants in the city. Their profile pic on their Facebook page even claims, “Most Authentic Mexican Food in Wichita”. 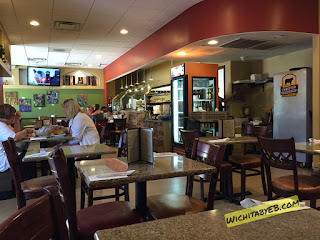 Walking inside, I was surprised to see the look of the place. I was expecting to see bright colors you see in a Mexican restaurant with cheap seating and decor. The ambiance was refined and sophisticated inside.

We made our stop for lunch and immediately ordered the Salsa Sampler (7 amazing fresh salsas made from scratch from the mildest to the hottest) and the Queso…..against my will of course. Along with the salsa sampler and queso, we were given bowls of their regular house salsa.

The regular house salsa was very delicious for your typical salsa that has no bite to it. The salsa sampler was where it was at though. Even though we received only 6 of the advertised 7 salsas, it was fun trying each one out and getting to taste some unique made-from-scratch creations. They really did get hotter as each one passed; hot to the point where some of you may start sweating. I love spicy foods so trying each one was pure joy. My cousin and her boyfriend both thoroughly enjoyed the salsa sampler but enjoyed the queso much more. Between my cousin, her boyfriend and their daughter, they couldn’t stop commenting on how good the queso was. She said it might be the best they’ve had. Having fresh tasty chips to dip with was just the cherry on top. Overall a great start to our lunch. 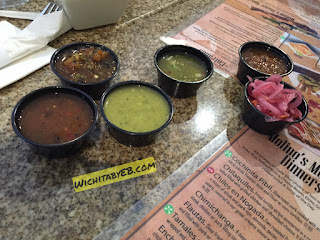 For lunch, I went with the Tacos de la Calle (four street tacos with 4.5 inch flour tortillas, lettuce, chopped onion, and cilantro). I went with steak, chicken, carnitas and discada which is a mixture of Mexican chorizo, steak, sausage and bacon. Our serve said the discada was a popular item. My cousin went with enchiladas while her boyfriend went with the Chile Colorado (grilled chopped steak or pork blended with red salsa served with flour tortillas).

In due time our order was out and we were all ready to grub. 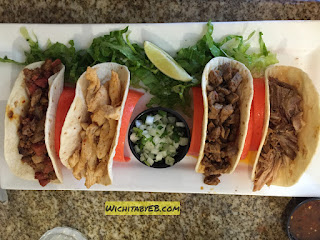 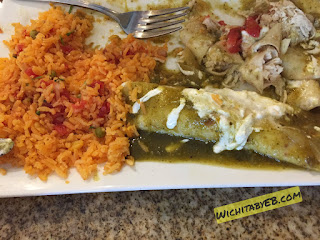 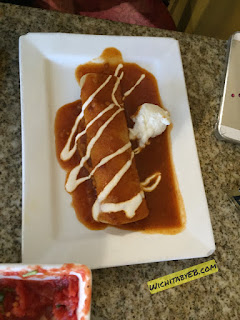 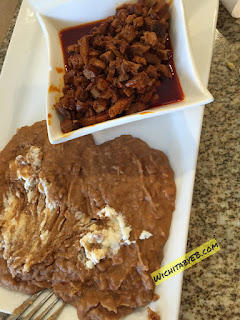 They actually messed up one of the enchiladas and brought another one out on a separate plate before we even said anything. My cousin had totally forgot about it as it wasn’t a big deal but they were apologetic and quick to fix an issue we had not even noticed.

The tacos, for the most part, were great. The discada were indeed my favorite of the four followed by the carnitas and steak. I found the chicken taco to be quite dry even with the salsa added in. The discada had a great mix of different flavors all wrapped into one taco. Mixed in with some of the salsas from the sampler; it was even better.

My cousin’s boyfriend chowed down on the Chile Colorado. He’s generally a quiet person while eating and can be picky but commented multiple times how good it was. Then my cousin had the enchiladas with her daughter and also noted how good it was. She loved the green chile enchiladas the most as did her daughter. They were surprised how good it all was and mentioned they would come back. I should add the rice there is delicious; even without the salsa.

Overall a big time hit with the family as everybody left happy.

The only minus from the lunch was the speed of service. It looked as though as lunch time went along and they got busier; there were times we went unnoticed. It took some time just to get our order in and we had to go track down our server for the ticket. It wasn’t to the point where it was incredibly bad we wouldn’t go again, but it was noticeable enough that it was commented on while we sat there.

Otherwise we would still consider going again and would definitely try out the new 37th and Rock location when it opens. Of course a full report of the new location will be given once that day arrives.

Molino’s advertises as being the Most Authentic Mexican Food in Wichita. Is it true? You be the judge. It’ll be worth your time. 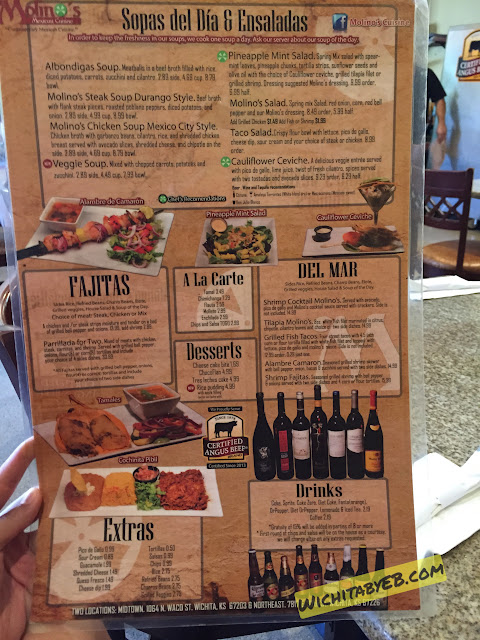 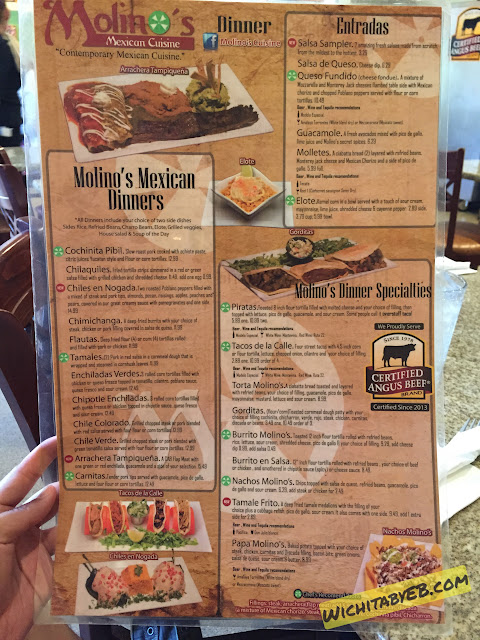