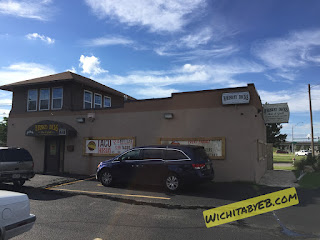 Back in July of 2014, an electrical fire caused significant damage to Whiskey Dick’s Bar and Grill forcing them to close down for a complete remodel. Some people don’t know but Whiskey Dick’s opened back up in May of 2015 with a complete new look inside and new menu.

Whiskey Dick’s Bar and Grill is located at 801 South Seneca. For those who are old enough to drink and have lived in Wichita for a long time, it’s in the same location where Old English Pub used to be years ago.

They are open Sunday and Monday from 2 pm to 2 am and on Tuesday – Saturday 11 am – 2 am where lunch is also served on both of those days.

On a random weekday, I decided to head up there with a couple friends, Chris and Damon. Chris also brought a co-worker so we could get additional input on the newly remodeled establishment.

The new place had a completely new look to it. They had about 9 TV’s in the main seating area all scattered perfectly around which would make for a great Sunday afternoon of watching NFL Football games. (They have DirecTV). The bar area was also redone and looks so much cleaner than what it used to be. You could tell a lot of hard work and money was put into upgrading the inside of the place. I didn’t get any pictures but they also have a great spacious patio outside. 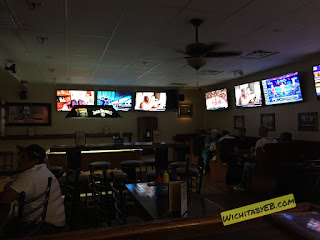 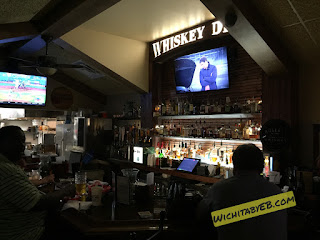 Everybody decided to order dinner there off the new menu which will be posted at the end of the blog.

I went with a regular house burger since I was still working on Project Best Wichita Burger; Damon went with the Mac and Cheese Burger. Since it was Steak Monday’s ($11.95 for a 10 oz Ribeye with side salad and baked potato), Chris went that route while his coworker went with the Big Popper (cream cheese melted between two 1/3 pound patties topped with grilled jalapenos, onion rings and bacon aioli.)

We had a couple drinks while waiting on the meal, service was great for the amount of customers they had on that particular Monday. They were very accommodating in any requests like changing the channels on the TV because the Bachelorette was being shown on TV and one of the guys didn’t want to have it ruined because it was on his DVR………Fact!

Back to the food, Damon plowed through his Mac and Cheese Burger with ease. He noted the Mac and Cheese tasted good as did the burger but it was just too much on a burger for him and he should have went with something else. I liked my burger and will cover it more when the  Project Best Wichita Burger results get released.

If you are ordering their fries there, go with the Cajun Fries……delicious! 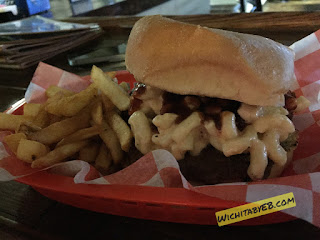 Chris liked his ribeye. If you ever order a steak in a bar, there’s a significant difference in a bar steak vs. a Steakhouse steak. For a bar steak, it was pretty good, filling and sold at a great price.

Chris’ co-worker was the quietest of the group probably because his burger was truly Big. There was a lot going on with it and he sat there quietly just eating away. By the end of his burger, he said he liked it and it was truly filling. 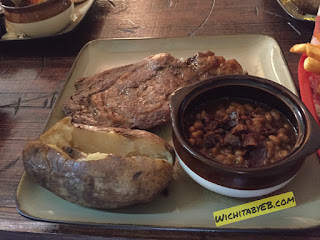 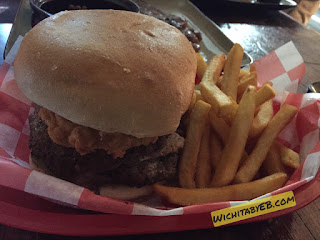 For bar food, Whiskey Dicks has a pretty vast menu with some clever creative creations that will give you lots to choose from. While their food is not out of this world awesome, it’s great enough to keep you satisfied while enjoying drinks with friends.

In my experiences with the owners and staff, they always have done what they can to keep the customers happy. Great customer service, Good food………it’s a win/win. 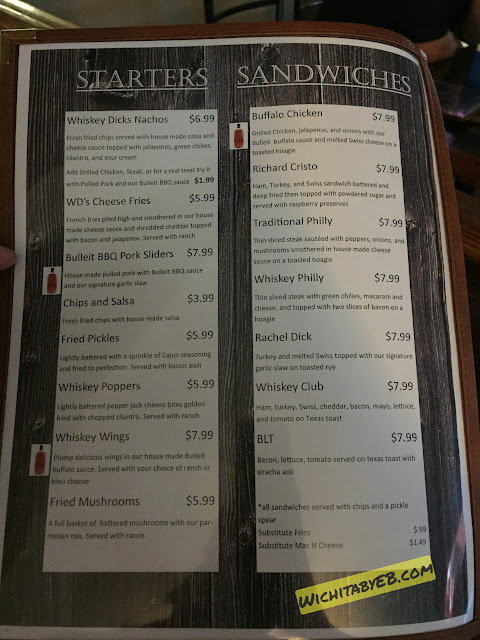 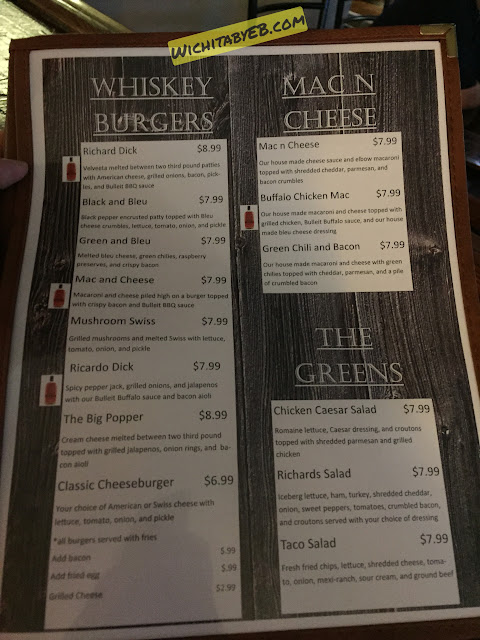 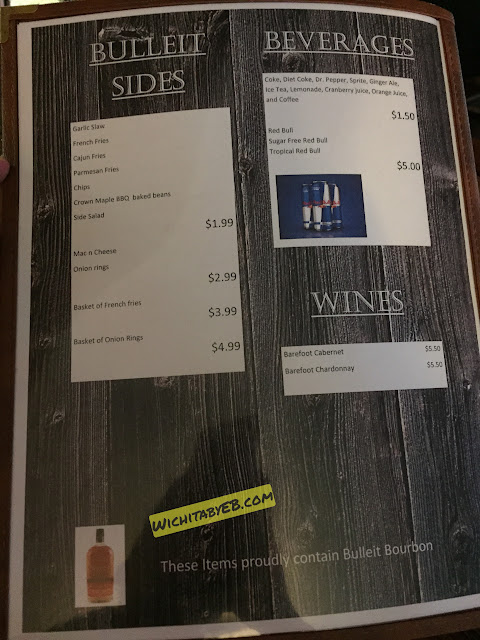