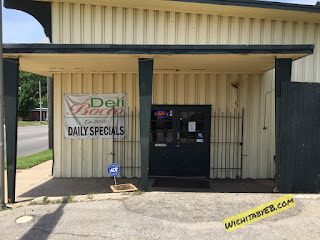 For the longest time, I used to not be a big fan of deli’s and sandwich shops but in recent years have slowly been open to trying out different ones to see if my mind has changed. A friend of mine has been telling me for some time, I need to go over to Bocco Deli. He said it’s one of his favorite places to eat at.

Since I’m always open to suggestions, I asked a couple of my lunch friends to join me there and join me they did.

Bocco Deli is located at 3010 E Central, near the northwest corner of Central and Hillside. They are only open for lunch from 11 am – 3 pm Monday – Saturday and closed on Sundays. Open since 2010, Bocco Deli recently changed ownership in the last year and a half.

When you go, be prepared to find somewhere else to park. They have very very limited parking in front of their building. Inside, it’s a nice little quaint spot with roughly 9-10 tables. Their menu is very simple and they have specials written on their dry erase board near the corner of their restaurant.

I was joined by two of my regular lunch crowd buddies, Robert and another who wished to go unnamed………..uh-oh!

For lunch, I ordered the BLT but changed out the mayo with their Roasted Garlic Mayo. The sandwiches come with a side. I couldn’t decide between the pasta salad or the red slaw so I decided to go with both and just pay extra.

Robert ordered the Bocco Club with a side of pasta salad the my unnamed friend went with the Sicilian with a side of chips because the pasta salad and red slaw was too fancy for him. He’s admittedly a very plain eater and doesn’t venture out much in the ways of different foods outside of the very basics.

The service was quick, the food delivery was prompt. The beauty of Bocco Deli is their food is made from scratch. The staff comes in early to prep the meat, make the bread, bake cookies, etc.

……….and actually eating the food you could really tell the difference. 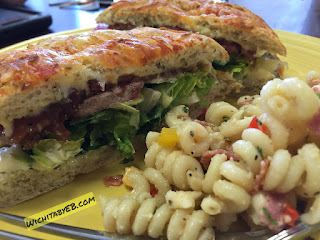 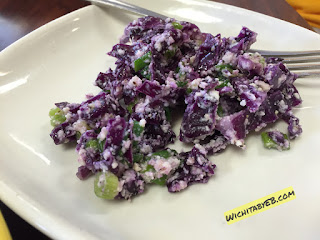 My BLT was beyond delicious. Everything tasted so fresh and the roasted garlic mayo really made the difference in the entire sandwich. It gave it a very unique taste from all the BLT’s I’ve ever had. The bun was very satisfying. Huge pluses all around. I’m a huge pasta salad fan and found Bocco Deli’s to be good but not great. It was a little dry for my taste. The true winner of the sides was the red slaw which had so much more flavor. Robert would actually agree with me. The unnamed friend had no opinion and didn’t try either one. He missed out. 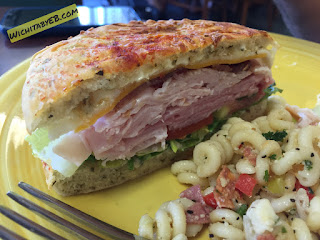 Robert thought his Club was one word: excellent. It was almost to the point he was giving moans of pleasure while taking each bite. He noted that Bocco Deli was the type of place his wife would really love and he would certainly go back as this was both our first time. 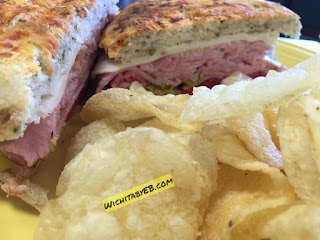 Then there was my unnamed friend who pulled nearly every single ingredient out of his Sicilian. When asked what he thought of it, he said word for word, “There’s too much flavor in this for me.” As we noted earlier, he’s very plain jane eater. We gave him quite a hard time at the restaurant. To give him credit though, he did finish his chips. 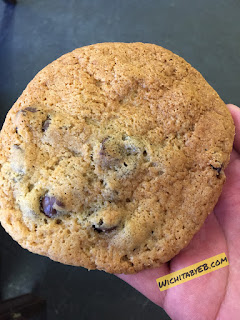 One thing that did catch his eye was the chocolate chip cookies.

They were 3 for $1.65 so we got one for everybody at the table and gave it a whirl. Just like the rest of the meal, the cookies were delicious. So delicious in fact, we bought every single cookie they had left in stock.

It made for a delicious afternoon snack at work.

Between Robert and I, Bocco Deli was a true winner and a surprising gem of a restaurant tucked away at Central and Hillside. With their minimal hours, I can see why more people may have never been there before.

If not, try and make some time and give this place a shot. The people there are very friendly; you really get a feel of warmth stepping in there. It’s a place you certainly won’t regret and will thank me later for. It’s one of the best deli’s I have been to in the city!

Huge thanks to my friend Ryan for suggesting the place to me. 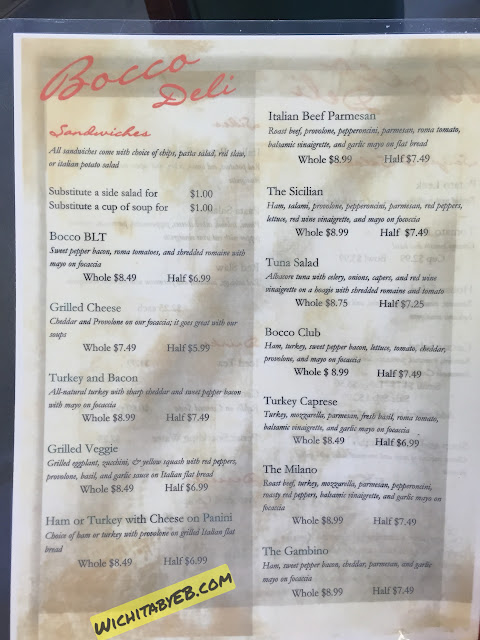 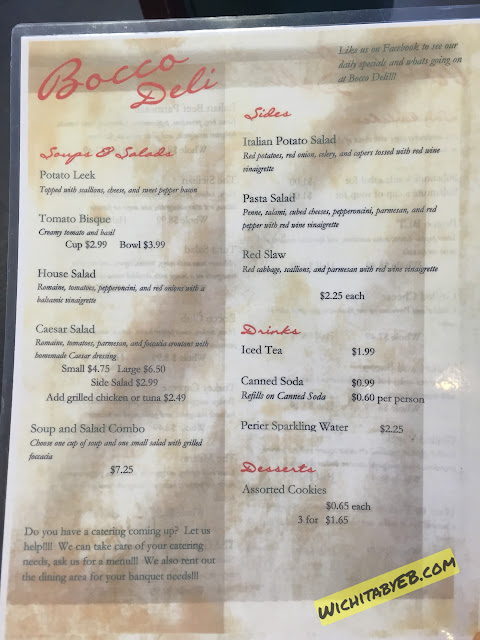