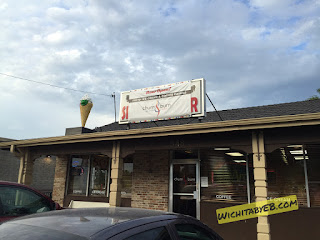 Something some people may not know out there: Churn & Burn has moved.

The small little quaint spot they had is now empty. The owners packed up shop and made the long move a couple doors down in the same strip center they were in. Ironically enough, it’s still next door to Tacos Y Mas (reviewed here).

Before there was no restroom maybe a couple seats and short spaces for their long lines. Now there’s ample seating, a bathroom, a patio, and much more room to work with. 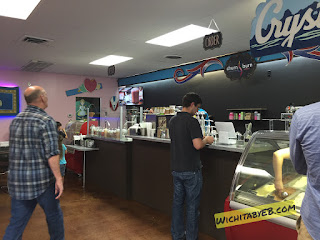 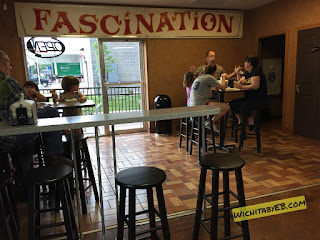 If you aren’t familiar with Churn & Burn, check out our original review here we did way back in April.

They have also updated their menu which is worth a check: 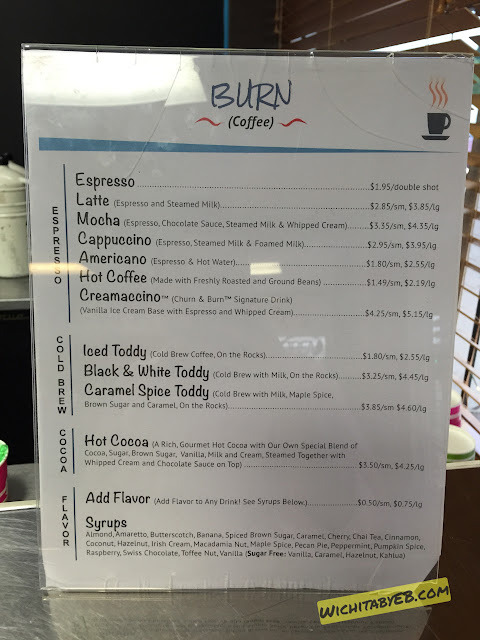 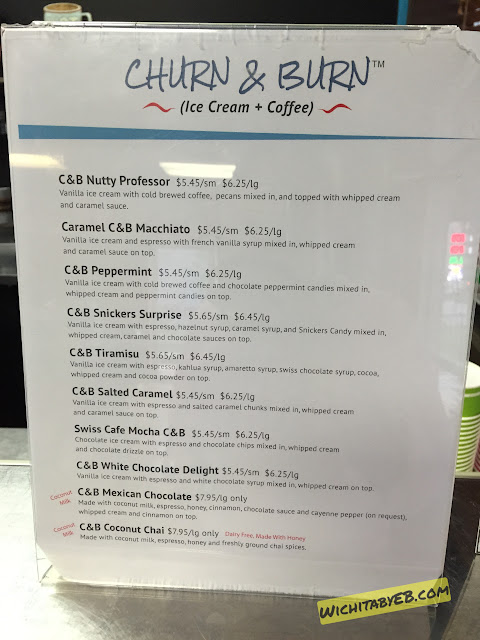 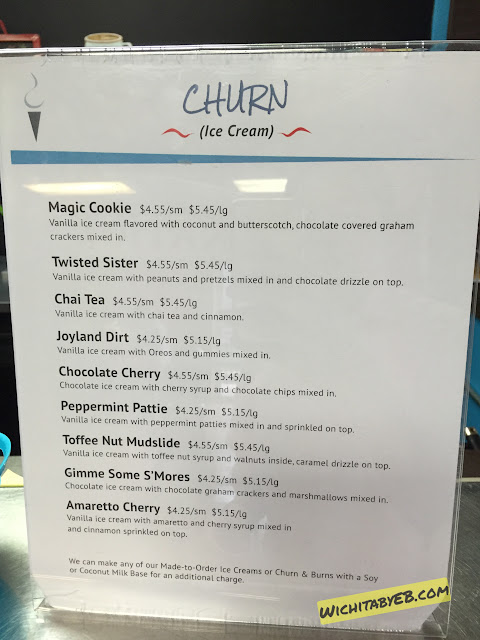 For my visit, Cylee and I made an impromptu visit to see the new Churn & Burn location. Cylee’s very first comments were, “Wow this place is REALLLLLLYYYYY big now.” Such amazing thoughts from a four year old.

We decided to order while we were there. Cylee went with their homemade vanilla ice cream with gummy bears while I went with the Churn & Burn Tiramisu which is a mix of their ice cream and coffee. I was told I really should try their Coffee and Ice Cream combination so I went with it. Fortunately they were able to make it with soy milk. 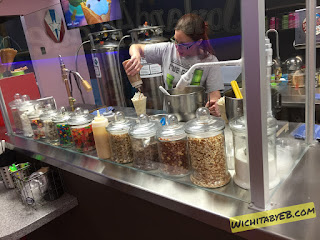 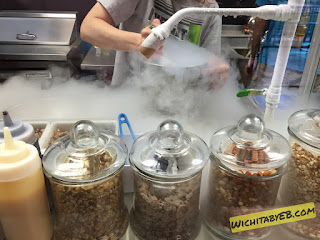 It did not take long at all to make my order from scratch even with the line of people that were in from of us. Once we received our order, there was an open table for us to sit at which was a new experience for us at Churn & Burn and we went straight to business. 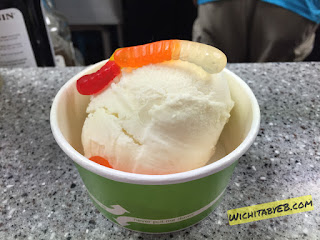 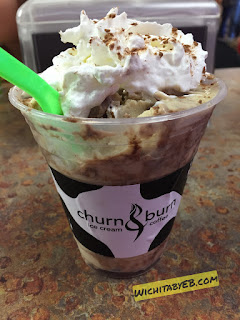 Cylee really enjoyed her ice cream. Her only complaint was the gummy bears were way too hard. She had a problem biting into them. When I grabbed one, they were pretty stiff and it wasn’t because it was sitting on cold ice cream. Other than that, Cylee was happy with the actual product. She finished her small cup in no time. When asked what she thought about it, her response was, “This place is really big!”

Getting comments from a four year old……………..sigh.

As for my Churn & Burn creation…….delicious. Keep in mind, I’m not a coffee drinker but I thought the Tiramisu was delicious. Between the kahlua syrup, amaretto syrup, swiss chocolate syrup, and cocoa, I was in chocolate heaven. While it did have a slight coffee taste, the chocolate masked much of that away. The Churn & Burn creation isn’t as soft as ice cream but I didn’t have any problem using a spoon to eat it. At first, I thought it would be more of a liquid form like a root beer float when I ordered it but it’s nothing like that. So I don’t drink coffee really and I don’t eat ice cream much. Very glad, I gave this a try and will certainly be ordering one again. It was a pleasant surprise and another reason why people should venture out beyond their comfort zones when trying food. You never know what is out there unless you give it a try.

If you’re a big fan of Churn & Burn, you’ll love the new setup. If you haven’t been to Churn & Burn, I strongly recommend this place to you. It gets me and my family’s stamp of approval.