As a fan of buffets and as a fan of Sunday brunches, I feel it’s only right I should start covering more brunch buffets in town.

One of the more popular ones I’ve been told about and have never been to is Newport Grill. (Newport’s website).

A friend and I decided to go check it out this past weekend and my cousin along with her family stopped by as well to get in their thoughts.

Newport Grill has long been one of my favorite restaurants. I’ve done a couple reviews on them before so honestly, expectations were high for this brunch. They layout was quite spectacular; they truly had plenty of options to choose from. 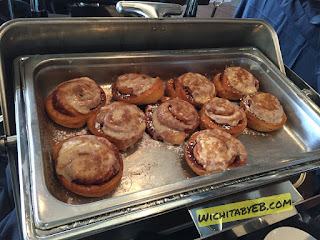 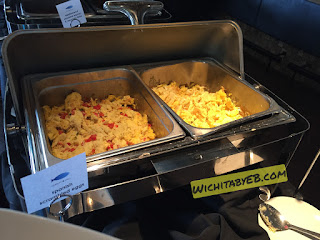 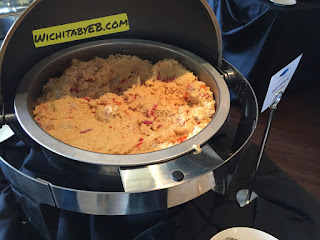 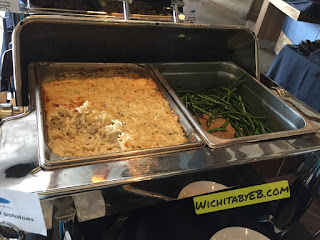 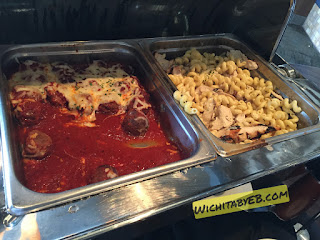 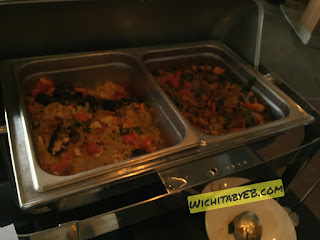 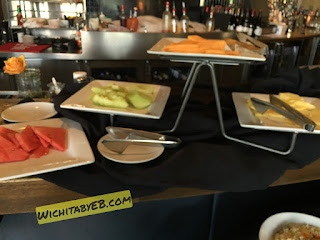 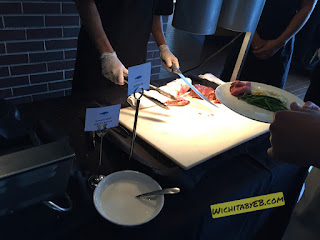 The pictures above are a basic visual of what you can expect from the brunch buffet at Newport Grill. There’s plenty more than what is shown above like eggs, bacon, waffles, etc.

When we stopped by around 11 am, it was not too busy and moving up and down the buffet lines were quick.

As with any buffet you go to, there are items that will be a big hit, items that are ok and items that are not your cup of tea. Surprisingly the biggest favorite of not just my table but my cousin’s table were the cinnamon rolls; they were truly a taste to behold. They weren’t too gooey; just right and perfect. Every single person who tried it, loved them. That and the fruit was a favorite; very fresh.

Among the favorites between my friend and I were the waffles, the seafood paella, and cocktail shrimp. The seafood paella was excellent. Between the spices, shrimp and rice, it was all a blended slice of heaven. The prime rib was a little tough, the server carving it even had an issue getting it cut at the time we grabbed some. Some other items that did not score well were the spicy shrimp and cous cous, the tenderloin hash and pasta salad. The cous cous for example was overly buttery; it was all you could taste. The hash and pasta salad were both dry as well. The salmon was about average to us, not much flavor to it. 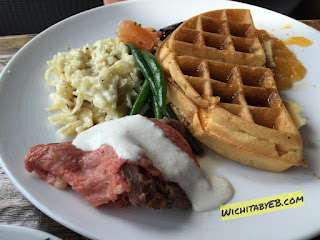 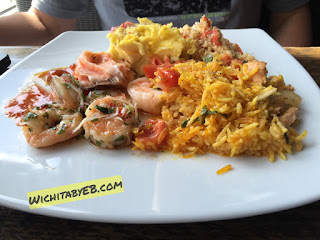 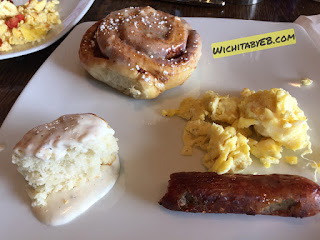 My cousin and her family had a different experience than us. They really loved the cheesy potatoes, the shrimp and the salmon. They also sampled all the dessert and liked everything they had exceptfor the cheesecake.

Please note, my favorite dessert in Wichita, the Banana Bread Pudding was not available during the brunch. 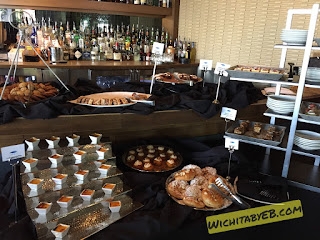 One thing we did not get to try was the Omelet Station. While eavesdropping on the servers talk to other tables, it looks as though you had to order omelets through your server. This was something servers were telling other tables. Oddly enough, they did not tell our table; nor did they tell my cousin’s table. That’s a strike in my book.

Overall opinions were mixed upon the group. My cousin and her family felt this is the best Sunday brunch buffet they’ve been to out of all the ones they’ve tried. She plans on going again in the future. Keep in mind, I didn’t tell her about the Omelet Station and she probably won’t know until she reads this.

My friend felt this was average to slightly below it.

I was really mixed. There were a lot of average items and a lot of really good items. I’d probably go again in the future but it’ll probably be a while until I do again. It probably wouldn’t be my first choice.

I usually have great service at Newport but this time the service was a little spotty. Maybe just based on past experiences, my expectations may have been a little high. I guess overall I was just a little disappointed with my experience but that’s just my opinion. Keep in mind my cousin felt like it’s the best brunch buffet she’s been to.

So if you go, go with an open mind. The price is about on par with most brunch buffets in town. Definitely get a cinnamon roll and just take small samples of everything until you find something you like.