Search
Donate
Search
Donate
Home Q&A Series Exclusive Interview with P.J. Couisnard
A decade ago, Shocker fans were treated to one of the most electrifying players in Wichita State history. He was so beloved that any time he would score a bucket, thousands upons thousands of fans would echo his nickname in unison………”Coooooooooooooooooooooz”. So polarizing a figure, an infamous Koozie was made in his honor that would later be scrapped after WSU officials stepped in.
He was a player who filled up the stat books night in and night out. Look him up in the record books and you will see his name everywhere. In 128 games as a Shocker, he amassed 1303 points, 114 three pointers, 332 assists, 98 blocked shots, and 148 steals. Most of those numbers, including games played are top 20, if not Top 10 in the record books.
That player if you don’t know by now is P.J. Couisnard.
P.J. Couisnard was and still is adored by fans. They loved his demeanor on the court. He made things look so easy. He was described by his former teammates as a laid back guy that everybody loved.

Former Shocker, Paul Miller, mentioned to me a story back during Miller’s senior year. He was rooming with Couisnard for a road game he believes was in Evansville. Miller remembers waking up and seeing Couisnard just sitting there watching TV. Miller looks at the clock and noticed they had to be on the bus in five minutes. He mentioned that back in those days, then coach Mark Turgeon, had a rule that if you were five minutes early, you were on time. In panic, Miller looks over to Couisnard and asks, “P.J., why didn’t you wake me up, we have to be on the bus!” Miller trying to hold in his laughter mentions that Couisnard nonchalantly just goes, “Cause you were sleeping.” Needless to say, Miller didn’t get to start that game.

“That’s just the type of guy he was”, Miller says with a chuckle looking back fondly of those days.
And those days back then were fun for the players as well as fans. The Shockers won their first conference title in 23 years and more importantly had their famous Sweet 16 run which put Wichita State back on the National map and ended a long drought for Shocker fans.

This season will actually mark the 10 Year Anniversary of that team which will be commemorated later this season.

I had a chance to catch up with P.J. Couisnard to get an update on what he’s been up to, the whole Koozie situation and his outlook for this year. Without further ado, I bring to you all the Wichita By E.B. Interview with P.J. Couisnard.
Eddy: First of all P.J., I would like to thank you for taking the time out of your day to be a part of this interview and catch not only me up, but all your fans with the world of P.J.. What readers obviously would like to know most is what is P.J. Couisnard up to these days?

P.J. Couisnard: I’m doing a lot these days, I’m still playing ball but during the summer, I coach and mentor up to about 100 kids in Houston. I run my own summer leadership skills and development camp “Cooz Elite”. I also coach my own AAU team. When I’m not doing that, I’m with my family in Oklahoma City, Oklahoma. They include my Wife, Tiana, who ran track at Wichita State and my kids. My oldest son is 9, Pierre “Boss” Couisnard; my second son, Prince “Fatdude” Couisnard, and my baby girl, Taliyah “Tia” Couisnard.

Eddy: That’s fantastic and definitely sounds like all that keeps you busy. Let’s rewind time and look back at your days at Wichita State. First off, what was your reasoning for coming to Wichita?
P.J.: I came to Wichita State because they showed the most interest in me. Coach Mike Rohn was persistent in my recruiting. He and Gretchen Torline were really key in me making my decision. Coach Rohn was very key, I credit him and Gretchen for a lot of things I’m able to do today.
Eddy: It’s no secret you were one of the best to don a Shocker uniform, someone capable of filling up the stat sheet. Is there someone you credit most with the success you were able to attain on the court?

P.J.:  When I got to Wichita State there were so many people that played a role in my success on the floor. My family stayed on me and kept pushing me; my brothers wouldn’t let me get complacent. I played for two great coaches that put me in the position to be successful. Kerry Rosenboom, my weight trainer, was probably the most influential though. He helped add 30+ pounds on me, that helped a lot. My teammates were great. Also the fans, playing in front of a packed house every night made things enjoyable and easy to give my best.

Eddy:  Let’s rehash something many fans may not know about. Back during your sophomore year,

one of my good friends came up with a Couisnard Koozie. He made them to give out to friends and random people. I remember during the 2006 NCAA Tournament just tossing them out to random people in bars. My friend was actually given a cease and desist later after word got around he created the Koozies. Did you ever hear about this or better yet, get one?

P.J.: Hey I was looking for that guy, hahahah! I figured we could sell them. While I was in school they had come to me and said they made him stop selling them. I asked why and they said he would have to wait till I graduated and got my permission. My mom has like two of them that she has put up. Hey I’m all for making money, if he wanted to sell them and he wanted anything else to put on them this would be a great year to sell them. Back then, I thought it was an awesome idea. I was like whoever thought of that was genius.
Eddy: That’s hilarious and good to know. I’ll be sure to pass on the compliment to him. In fact, he may still be able to find a couple old Koozies laying around. I will certainly reach out to him and get them sent your way if he can find where ever his wife may have stored them away.
So looking back, you had a tremendous career; many accomplishments, many accolades, many memories. What are you most proud of from your days at Wichita State?
P.J.: The thing I’m most proud of is, it’s a saying, “leave it better than you found it.” I felt during my tenure, we really made WSU relevant again on the college basketball landscape. But I have so many things to be proud of from WSU. It gave me so much; I graduated, met my wife, the record books, The Sweet 16, Conference Title, my relationships with the city, getting to number 8 in the country, it’s a lot. If I happen to make the WSU Hall of Fame that would be my greatest accomplishment

Eddy: Well by numbers alone, you certainly deserve it. I know Larry Rankin actually announced after our discussion that they are accepting Public Nominations for the Shocker Sports HOF and I’ll be writing a letter for you. http://goshockers.com/news/2015/10/20/ATH_1020154013.aspx

So the last time I saw you was in Atlanta for the Final Four. What was that experience like for you coming as a fan? How receptive were the fans to you? Did you get a chance to talk to the players or Coach Marshall?
P.J.:  The Final Four was great; the fans were great; the game was great. Everything about the experience was a total blessing. I got a chance to talk with Demetric Williams, Coach Chris Jans and Dominic Okon but not Marshall. Coach is a busy man, I try not to bother him much if any. He is great though; his family is great; his kids are great. I had such a great time there.
Eddy: Speaking of Coach Marshall. You spent one year under Gregg Marshall, what was that transition like for you having played for Mark Turgeon?
P.J.: Their playing styles are night and day so the transition was night and Day. It was a tough year because Coach (Marshall) didn’t have his style of players in and when Sean (Ogirri) left and Matty (Braeuer) got hurt, that didn’t help us.
Eddy: Let’s fast forward to today now. It’s no secret you still pay attention to Wichita State Basketball. What’s your outlook for upcoming season for the Shockers? Especially with it being the final season for such guys as Ron Baker, Fred VanVleet and Evan Wessel.
P.J.: My excitement for this season is off the roof! I know Coach won’t let us slip up this year and get bored. I feel this could be our best team he has ever had, that’s IF the new kid (Anton Grady) down low can really play. I haven’t seen him, but have been hearing he is good. If that’s the case, I like our chances. Those seniors, I’ve had fun bragging on them, watching them, and rooting for them. Let’s just say, this season’s Senior Night will be Very Very Very emotional.
Eddy: Lastly, most people come to this blog for food reviews. So I have to ask. What were your three favorite restaurants when you were in Wichita?
P.J.:  My three would be Famous Dave’s, Old Chicago, and Redrock Canyon Grill.
Eddy:  Is there anything else you’d like to add?
P.J.: Thank you for the opportunity
Eddy: And thank you. Thank you for choosing Wichita State, Thank you for all the hard work you put in to turning our program around, and Thank you for participating in this interview. I know for sure there will be lots of people out there who will have enjoyed hearing from you again.

To get more information on the CoozElite Camp, check them out on Facebook (https://www.facebook.com/CoozElite). 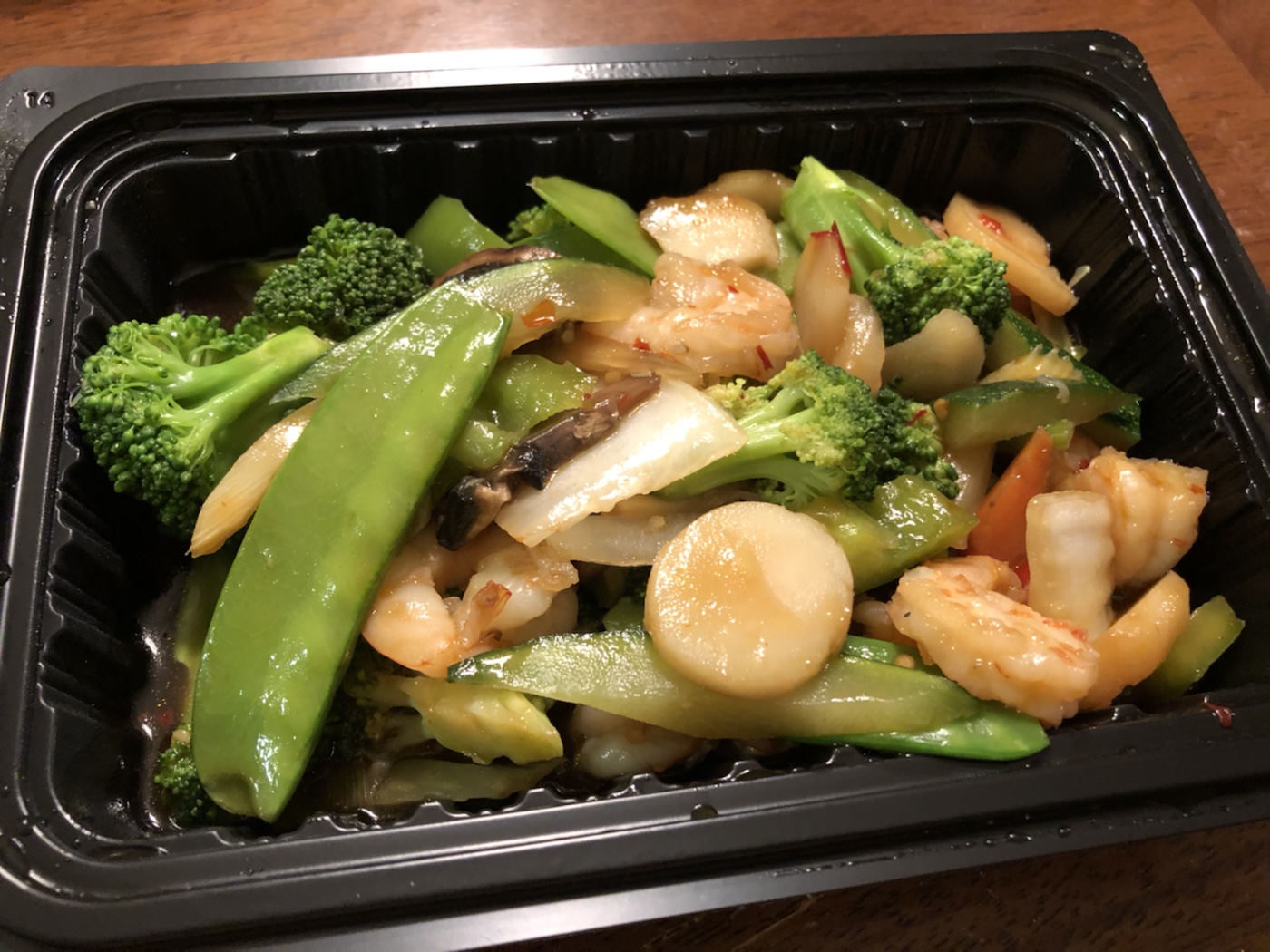 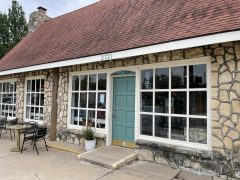 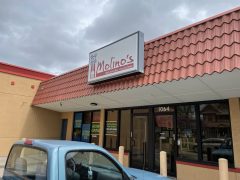 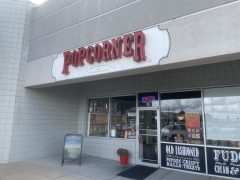 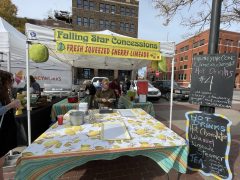