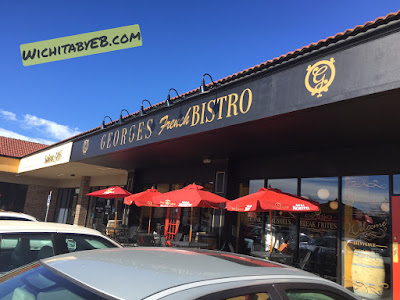 French food is few and far between in Wichita, but there’s a new spot in town to fill those cravings.

Fortunately for those people, your cravings can now be satisfied. Georges French Bistro opened up last month to much fanfare in the old Bella Luna Cafe building at 4618 E Central.

As expected, George’s was fairly busy when we stopped by. That is usually the case with any new restaurant. If it’s one thing Wichita loves, it’s new restaurants……well……and………….Garth Brooks concerts.

I won’t dive much into the menu, that can be viewed on their website here: http://georgesfrenchbistro.com/

For our lunch, we started off with the calamari, which by all accounts was pretty good. There wasn’t much breading on the calamari, which was a good thing. Most places, we are used to the rings, so this was a little different, but the quantity included made for a quick go around for our group of four. The dipping sauces were superb; our favorite was the pesto flavored sauce. 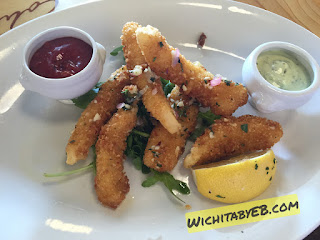 For our lunches, we went with Croque Monsier, the French Dip, the Bistro Buger and the Crepe Josselin.

My meal was the Crepe Josselin which was shrimp, scallop, cremini, spinach, tomato confit, with cognac cream sauce. At first look, I was concerned it would not fill me up. Each crepe was filled to the brim. The cognac cream sauce really stood out in the meal and overpowered all other flavors. The first crepe went down very smooth and it was nothing short of delicious. By the second, it was just too much cognac cream sauce. The flavor was so much that one crepe was enough for me. I needed another flavor to compliment it while dining, and the spinach wasn’t enough. Overall a good meal but it requires another side to go with it.

Another co-worker had the Croque Monsier. I was told it’s the Croque Madame with brioche, smoked ham, béchamel, gruyere w/ egg. He said it was tasty but didn’t have enough béchamel sauce, which made it a little dry at times. The pomme frites were very good.

A second coworker had the French Dip. I believe it was the first time he’s ever had a French Dip. He wasn’t aware that it’s essentially all meat and prefers vegetables in his sandwich. Even with that said though, he though the sandwich was delicious, especially when topped with horseradish and mustard to give it that extra kick. He was also a fan of the pomme frites.

The third and final co-worker had the Bistro Burger. His favorite part about the burger was the egg. While he claimed it was a worthwhile burger, his eyes were focused on the Croque Monsier which he had a part of and wish he had ordered that instead. 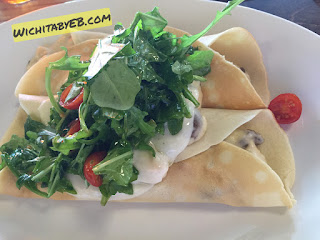 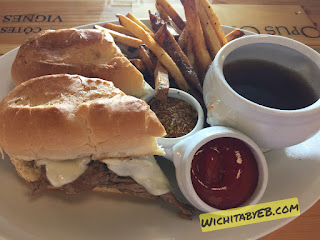 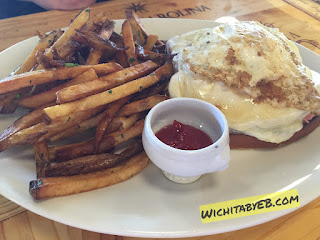 So, how about some dessert? We ordered two different desserts: the nutella and banana crepe and the chocolate mousse terrine. We ordered it complete with four spoons because nothing says teamwork like four guys eating two desserts with four spoons. Right?

To say both desserts were excellent would be a complete understatement. The chocolate mousse terrine was one of those chocolate desserts where you grab a spoonful, take it in, close your eyes, let it just melt in your mouth and dream about the happiest things in the world. It was truly incredible. Just when we thought we couldn’t have anything better, we tried the nutella and banana crepe. Excuse me while I pause and try to relive that moment.
.
.
.
.
.
.
.
.
.
The banana and nutella was a perfect blend of sensory overload for your taste buds. I have had some great desserts around town, and this certainly ranks near the top. If it’s one dessert you must try at Georges, it’s the Nutella and Banana Crepe. You won’t be let down. 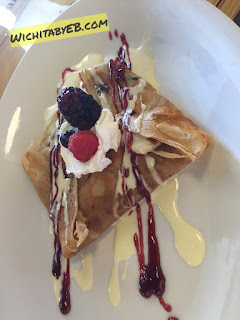 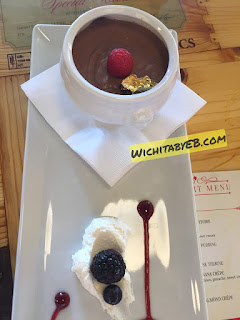 As for the rest of Georges, everybody was very pleased with the atmosphere. While tight inside, it was a pleasant experience that everybody enjoyed with the ambiance, lighting and mood of the establishment. The service was a little slow, but our waiter was certainly helpful in any questions we had asked regarding the menu.

All around, we give Georges a thumbs up.

Have you been? We would love to hear your thoughts.