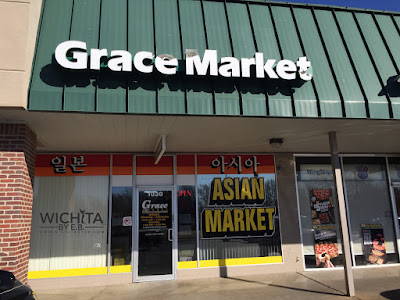 Inside the Parklane Shopping Center at Lincoln and Oliver is a place all of you need to go try as soon as you can!

It’s called Grace Market. They are a Korean grocery store that specializes in Korean food along with other Japanese and Asian Groceries. Now I’m sure most of you were expecting me to mention some restaurant but that’s where the secret lies.

Within the doors of Grace Market is their own deli that serves popular Korean dishes and fresh Korean pastries. I have heard about this from others in the past but never really got that push to go in.

My brother sent me a text yesterday telling me he was there and eating food. Here’s what he sent me: 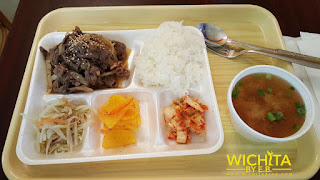 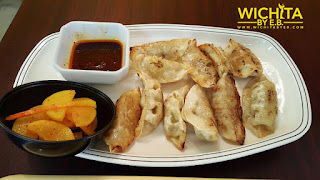 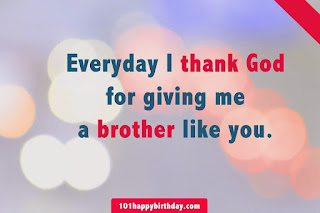 OK, so he only sent me the first two pictures of the bul gogi and the fried gyoza. If he did send me the third picture, he probably meant to send that to another brother of ours. Let’s not let the facts get in the way of a good story though. He told me it was really good and priced very well. A true tale sign that it was a recommendation for me to get out there.

I came in and was politely greeted by nearly every staff working inside. Grace Market looked to be a family run market and deli; everybody was VERY polite and looked genuinely thankful I came in. I came in right at the end of lunch but was told they still had some items left that could be made. They easily could have said no as I was 30 minutes past lunch but offered to still make me lunch. I’m not going to lie, I came in looking like a homeless person so they may have had some sympathy for me.

I eventually ordered the Bi Bi Bap (Rice, Beef & Vegetables) which came with some kimchi and miso soup. While they were cooking it, I was talking with some of the family members. Looks as though, they took over ownership of Grace Market in the past year and made some changes to the deli which at the current moment allows them only to be open for lunch. 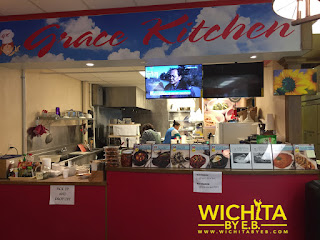 The owner was very polite in my talks with him and answered any question I had. He said they’ve been drawing a really good lunch crowd and word has slowly been spreading around. Soon after, a lady came and delivered my food to me.

Take a look at this baby: 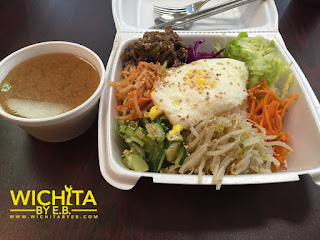 She told me to stir the food around which I did and started grubbing in. The lady who brought me my food asked if I had any questions and if it was all good. I was so giddy with excitement of how good the food was, I didn’t know what to say. She told me she comes in extra early every morning to start all the food prep. She pointed at many items within the market area that she makes daily too. I commended her hard work and told her this was some of the best Korean food I’ve had in town. Upon hearing that she giggled and started blushing. It was a pretty funny exchange.

The bi bi bap included all sorts of tasty ingredients. From the pickled vegetables included, to the beef and then the spicy sauce included, it was a conglomeration of deliciousness. Everything tasted so fresh and of high quality. I was stuffed at the end of the meal but for whatever reason wanted more kimch. The lady also told me she makes the kimchi herself and it was sold in packages for $2.99 or a large jar for $8.99. What does a pig like me take home? 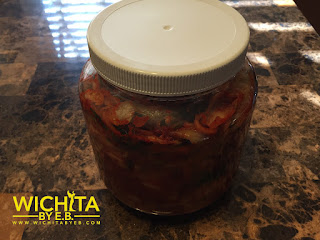 I’ll be snacking on this for days now.

From not just me but at least a handful of people I’ve spoken to, Grace Market is one of the, if not,the best Korean food in town. The people there are incredibly friendly and polite. The one thing I loved in talking with the people there are that they are living the American Dream. They didn’t have much, got honest jobs, worked hard and now making people happy with their food. Oddly enough my parents use to run a small grocery store when I was a kid. I remember the hard work they put in to make it work for the time they owned it.

I told the staff there I would be sure to tell as many people I know about this true hidden gem in Wichita called Grace Market. Not only do they serve any grocery needs you may have, they are also serving out some of the best Korean dishes in town.

For more information on Grace Market, check out their webpage at: http://gracemarketks.com/
or like them on Facebook

I am 100% going again tomorrow for lunch and I can’t stress enough that you all should give them a try. This was another winner in my quest to try one new restaurant once a week for 4 months. I’m truly loving hearing about all these tucked away secrets in town.

Here was their menu when I was there: 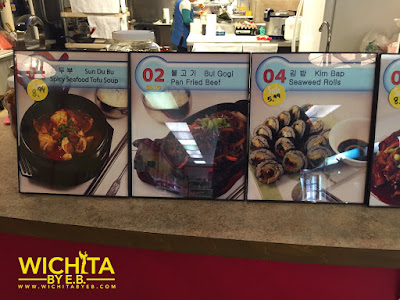 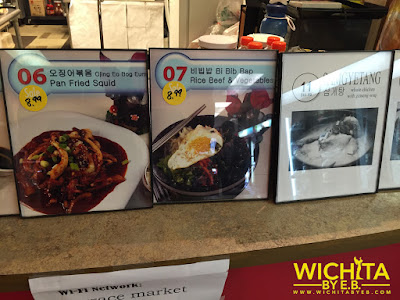 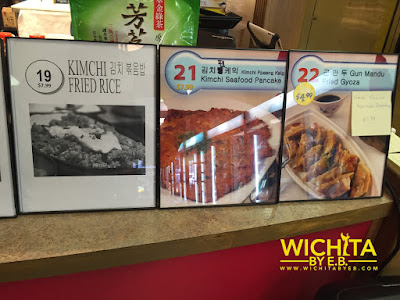