In 2006, the last Angelo’s Italian Restaurant closed it’s doors in Wichita. Before that, it was one of the most popular and favorite Italian restaurants in the city for nearly 50 years.

Since then, fans from all over the world…..literally……. put in their own money to help bring Angelo’s back to life through a successful Kickstarter campaign.

Last month, Angelo’s Italian Restaurant made their official return opening it’s doors in a new location at 5231 E Central. But there’s a catch…..it’s currently only take and bake. They have a menu of items that they will cook for you as carryout if you call ahead or you can pick it up frozen as take and bake and cook it yourself when you get home. 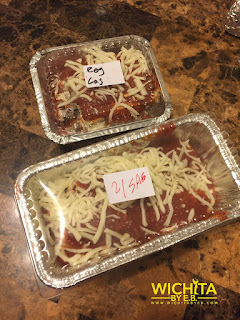 A friend of mine and I decided on a whim to give the Take and Bake Option a try one night. We made the mistake of not calling ahead so when we placed our order there was roughly a 15 minute wait for it to be prepared which really wasn’t too bad.

We ordered two sleeves of Sausage Manicotti ($12.50) and a regular Lasagna ($12.50). Our orders came with two side salads and breadsticks.

We were given instructions for the Take and Bake. It looked all so simple. The only bad part was the wait for it to be done. 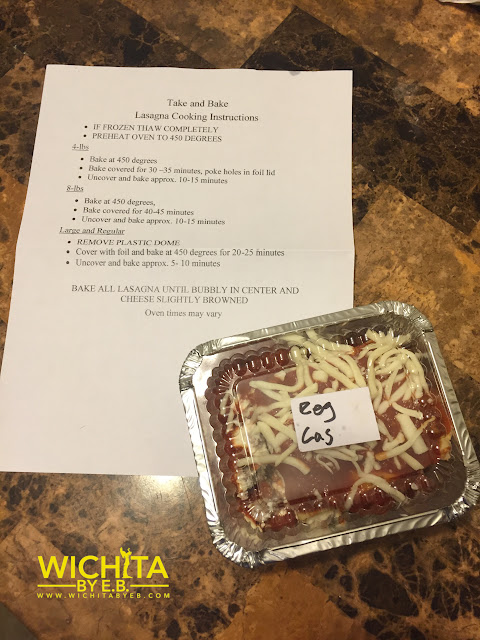 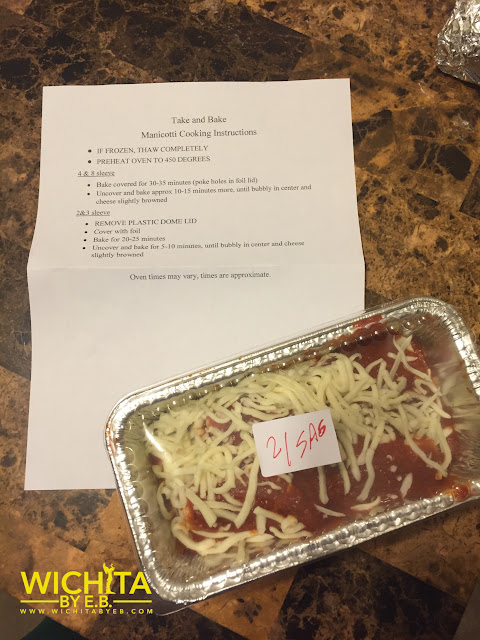 We started off cooking the Manicotti first and started in on the salads. 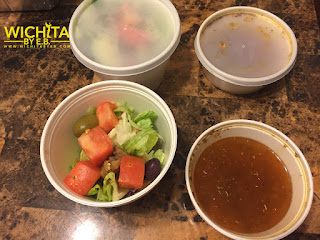 The basic salads were a perfect start to the meal. We both loved the dressing poured all over the top of the fresh vegetables. After finishing both salads, it was more sit and wait. The bright side to Take and Bake is the ability to have a bottle of wine while the oven does its job. 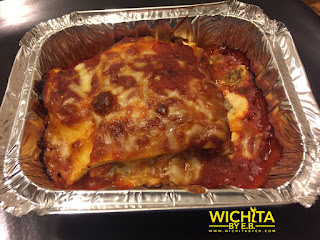 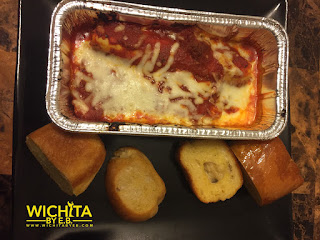 In due time both items were complete along with the breadsticks. So how did everything taste? Wonderful! The Sausage Manicotti was very filling as was the Lasagna. When we first picked up both items, we were concerned the size of it wouldn’t be enough. We were wrong. Both items were stuffed or layered with so much sauce and meat that we couldn’t even bring ourselves to finish it. The sausage inside the Manicotti is soooooo good. I was happy, even happier that I didn’t mess it up in the oven.

Later one of my good friends would order one of their 12 inch medium Deluxe pizzas and couple Angelo’s House Salads. He paid a total of $40 after tax. He wasn’t too happy with the price he paid. One thing he was happy about was the fact that he called ahead and had them cook the pizza for him. 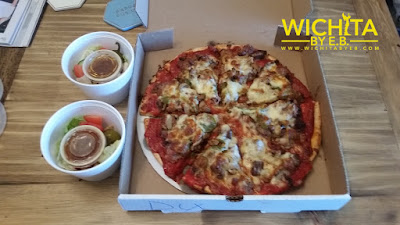 First off, he was impressed with the salad. When it comes to salads at Italian restaurants, he didn’t think it compared to DeFazio’s salad which he loves but it was the closest thing in town.

Next up for him was the pizza. 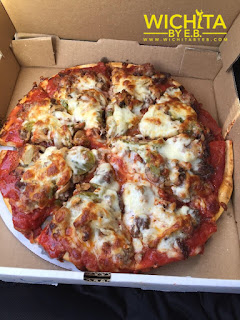 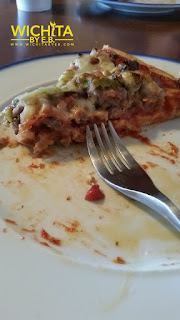 He described it like a thin crust Chicago style pizza. Imagine a very thin crust but with so many toppings on top that a couple slices will put you to bed. My friend and his wife both tried the pizza and he said there was so much going on with the pizza with all the toppings. The sausage was the best part of the pizza for him while the sauce was just ok for him, almost on the side of bland. He noted the pizza tasted so much better cold the next day.

For the price of $22 for a 12” medium pizza, he wasn’t sure if it was really worth it but would go back for the salad.

I know with the huge following Angelo’s had they may not be entirely too happy to hear the review. It was mixed for the most part by my friends and I. It’s admittedly costly especially for Take and Bake but you are getting more food than you expect. In the end it all depends on if you really like their food and whether you’re willing to pay the up charge for their quality.

It’s time for you to decide for yourself but make sure you call ahead before you go!