Have you seen this building? 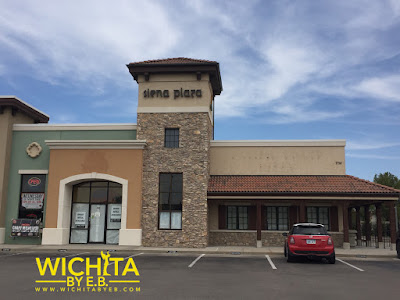 Some of you may recognize this building as the infamous Pacific Coast Pizza that had some of the worst customer service I’ve ever had in a restaurant. Those doors have long been closed for good and in the works is said to be an East side Hurts Donut location! It’s not finalized yet and as we know with all new restaurants in Wichita, nothing is every final until the doors are open for business. So we will have to wait and see.

One thing for certain is Hurts Donut is definitely coming out East and that is their choice location. If that doesn’t pan out, they’ll find another space.

If you recall, Hurts Donut opened up last summer to huge crowds and long lines. I know at work anytime donuts from there are brought in or delivered it draws lines at whoever’s desk they are at. That along with the numerous “There goes my diet” comments followed by a disappointing look of failure as they take a bite of the donut and followed again by smiles.

I reviewed Hurts Donut here back in July and am excited an East side location could be here before Summer is over.

If the lease for the location does get signed, the East side location will be at 7718 E 37th North.

UPDATE: Hurts Donut has finalized their location for 3750 N Woodlawn in the old Two Brothers BBQ space. They are aiming for a July opening.

Looking for a commercial kitchen to rent? Reverie Coffee Roasters has you covered