We covered the basics of their opening in our Kimchi article found here but never went into their food.

After giving them time to get everything in gear, my colleagues and I stopped in for lunch to see just how Kimchi’s Korean food was. For two of my colleagues, it was their first time ever trying Korean food. I was excited to introduce them to a whole new world of food I was hoping they would love.

As we walked in for lunch, there were a few other people inside dining. One lady was staffing the restaurant which was enough for their lunch crowd.

I gave my colleagues some suggestions on what to order. We eventually went with the Kimbap + Ramen which was a bowl of Ramen soup and a plate of Kimbap. Another colleague went with a classic and safe dish in the Beef Bulgogi and I ordered another classic in the form of Bibimbap.

All orders came with an eggroll and order of complimentary Kimchi….. makes complete sense given the name of the restaurant. 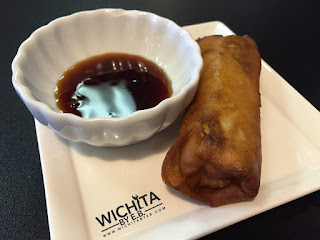 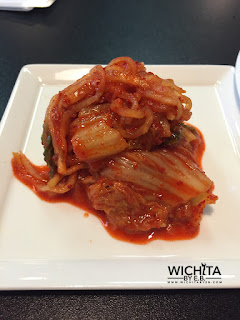 Everybody loved the eggroll they were given. As for the Kimchi, I liked it a lot. While it wasn’t as great as some of the other options in town. Kimchi’s Kimchi was slightly bitter than others I’ve had. It certainly was a little spicier. The two others gave it one try and threw in the towel right then and there. It just wasn’t for them.

But then the real test came for them, our lunch items arrived…………. 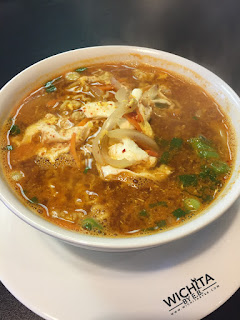 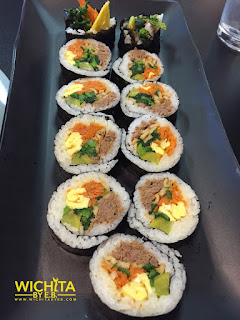 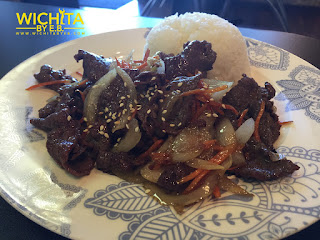 Once my colleagues took their first bite, I knew it was going to be a hit. The aroma of the food alone was enough to win their hearts but the taste won their stomachs. The Ramen was fantastic according to my colleague and I can agree because well………I had it for lunch the next day when I went in a second time. The Ramen can be ordered to the temperature you like in terms of heat. The Kimbap on the side was plentiful. If you dip it in some red chili sauce it’s even much better. For $8.99, the Kimbap + Ramen is more than enough food to fill you up for lunch, dinner or both.

The Bibimbap was so flavorful. Between the beef, fried egg, red chili paste and vegetables, it all blended so well together and made for a perfect lunch; a true treat.

And the Beef Bulgogi was a major hit for my other colleague. The thinly sliced beef with the side of rice was and is a very safe option for anybody trying Korean food for their first time. You can’t really go wrong with it.

Everybody loved their meal and wanted to go back again soon. I just so happened to make it the very next day.

The service was great. They had one cook in the back that came out to see how everybody was doing.

Kimchi is kind of tucked away in the corner of 29th and Rock Road but certainly worth your visit. I’ll add it’s another great option for Korean food on the northeast side of Wichita. I hope they can last in that location. 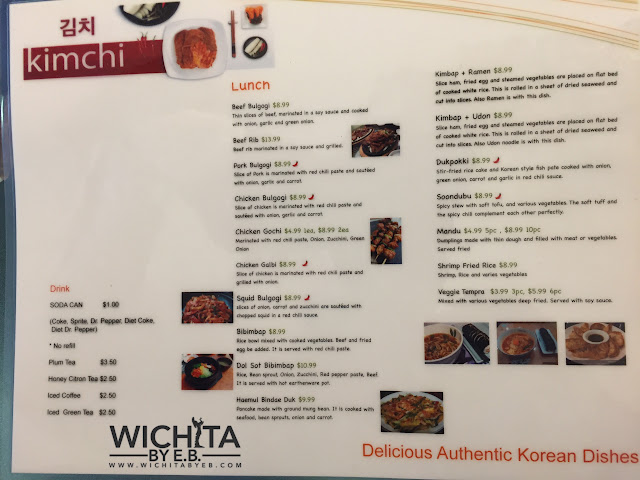 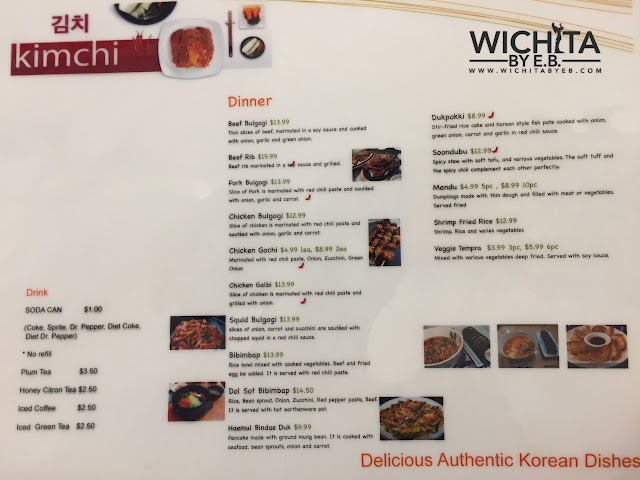