UPDATE: Gabby’s Peruvian Restaurant has moved to 1002 S. Seneca. You can read the updated review here.

Every now and then you come across one of those restaurants that really surprises you. You walk into it with few expectations and leave wondering if you just woke up from an amazing dream.

That was my experience with Gabby’s Catering. 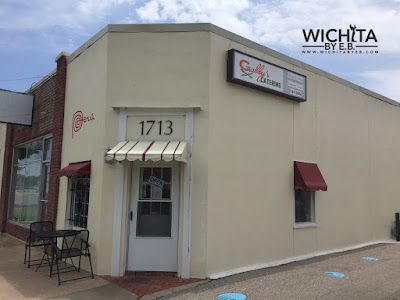 Gabby’s Catering is a recently opened Peruvian restaurant that opened in the former Wimpy’s Burgers space at 1713 W Douglas in Delano.

Their hours are Wednesday and Thursday 11am – 3pm for lunch and 6pm – 9pm for dinner, Fridays and Saturdays from 11am – 9pm and Sundays from 11am – 6pm. Closed on Monday and Tuesday.

The place is very tiny; seats around 10 people. They do offer carryout options and if you’re really looking for something on a larger scale, Gabby’s does catering as their name entails.

I’ve read they have a different menu during the week. When I stopped by on a weekend, it was an all Peruvian menu. While the names of the entrees was all foreign to me, there were great descriptions for each item to give me more insight on what it was. 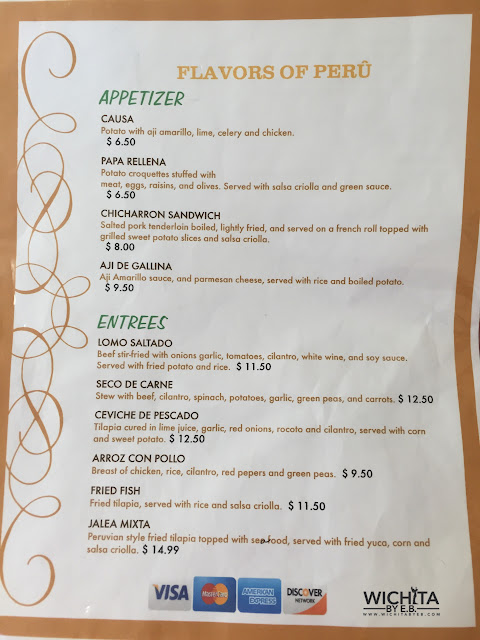 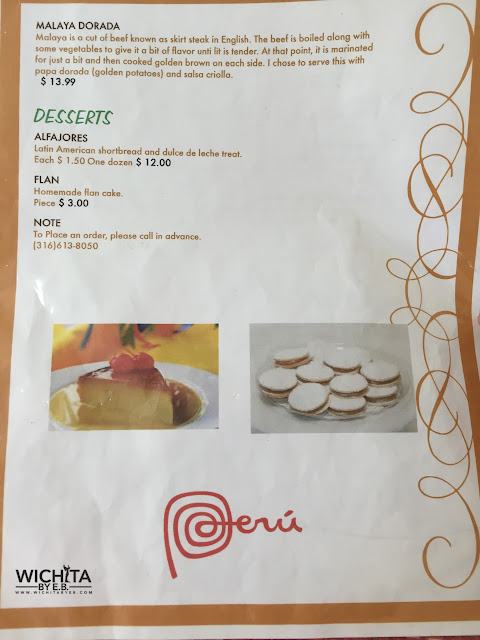 I had no intentions on going to Gabby’s that afternoon. I was in the area at the time and drove by the building. It dawned on me at least a handful of people had told me about a Peruvian restaurant in town and that I should try it. So I pulled in, parked, and walked in the doors. 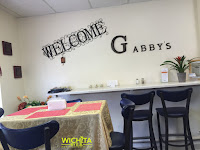 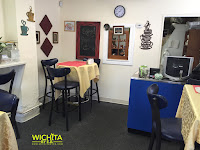 During my stop at Gabby’s, I was greeted by a couple employees who happened to be the owners of the place. They were also conversing with two diners who were gushing over their food which looked amazing. They looked towards me and recommended the Ceviche which is what they were both eating on. 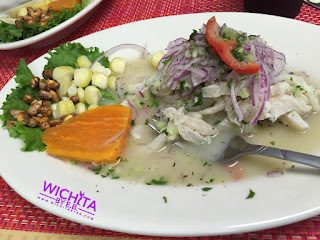 While talking to one of the owners, I told her I was up to order anything. I asked her for a recommendation on an entree and an appetizer.  She recommended me the Papa Rellena which is a Potato croquette stuffed with meat, eggs, raisins, and olives. For my entree, she recommended the Lomo Saltado which is a beef stir-fry with onions, garlic, tomatoes, cilantro, white wine and soy sauce. It’s also served with fried potato and rice. I was told it’s the most popular menu item they have.

I ended up going with both of those items and told her I would definitely be back for the Ceviche.

My Papa Rellena came out first and smelled great. Upon cutting it open, I knew I was in for a treat. The croquettes was filled with as much food as it could hold. When it split in half, meat just started pouring out. Fortunately the breading was strong enough to still hold the rest of it together. The Papa Rellena came with a salsa criolla and green sauce. I forgot what exactly the green sauce was but that didn’t matter to me at the time because it was an excellent condiment on the croquette. I’m usually not a big fan of raisins but you can’t really even tell they are in there. The meat was well seasoned and so full of flavor. It was almost enough to fill me up surprisingly. 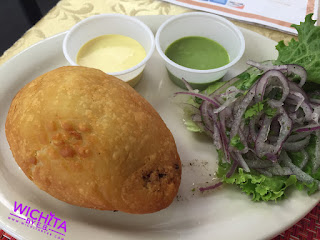 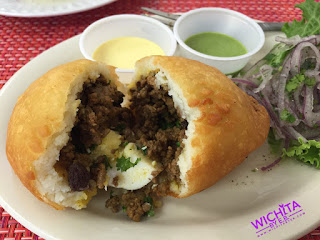 While eating the Papa Rellena, the owner brought me out a small little dish of Ceviche. The other two diners kept telling me I should have ordered it and the owner surprised me with a small little plate of Ceviche to try. It was such a nice unexpected gesture. A couple other employees came out from the back to just start talking food with me. Gabby’s Peruvian Ceviche is different than most Ceviche you’ve probably had. What makes it different from say Mexican Ceviche is the size of the chunks. Peruvian Ceviche consists of big huge chunks of tilapia covered in lime juice. They weren’t kidding, the cuts of fish included were a good mouthful. Having been doused in lime juice gave it a good sweet charm to avoid any sort of fishy aftertaste. Honestly…… it’s ridiculous amazing. 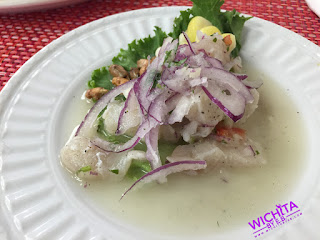 For the main meal, it was the Lomo Saltado. It included nice big chunks of beef stir-fry which when mixed in with the steamed rice made for a real treat. If you’re afraid of trying new foods, the Lomo Saltado is a safe bet for you. You can’t go wrong with it. The beef stir-fry exceeded all expectations I had for it when it was delivered to me. The white wine and soy sauce really gave the beef stir-fry a nice touch. 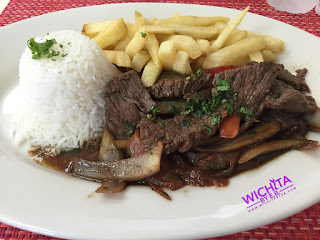 For as happy as I was eating it, I could see the gleam in the staff’s eyes. While talking with them about Peruvian food, they took a lot of pride in their food and taught me a lot more about food that I never knew about. It was really great to learn about another culture’s food. It’s moments like that which make this whole food blogging really worth it.

To end my meal, they wanted me to try a drink called Chicha Morada. I saw the other diners drinking it and thought it was originally wine or sangria. It’s not. Chicha Morada (or simply called Chicha) is a sweet Peruvian beverage made from purple corn and spices. It’s a non-alcoholic drink made by boiling the corn with such things as pineapple, water and other spices depending on how you want it to taste. Once it’s finished, it’s one of the sweetest most refreshing and unique drinks you’ll ever have. It certainly wasn’t the type of flavor I was expecting, but a very pleasant one which I loved. 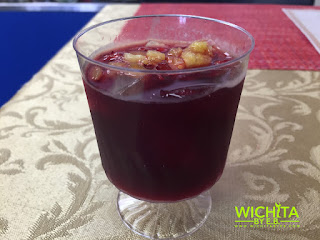 I met the one of the owners, Gabby, who is also the namesake for the restaurant along with many other of the employees. I must say Gabby’s Catering was one of the best times I’ve had in my five plus years of writing wichitabyeb.com. In 95% of the restaurants I have gone to, I NEVER say that I write about restaurants as a hobby. I go in like a secret shopper, eat, and leave. But I had to make it known to them how much I really enjoyed their food, their service and the experience of it all and would tell as many people as possible about Gabby’s Catering through writing about them, texting my friends, and spreading the word.

I left there pinching myself to make sure it all wasn’t an incredible dream.

I implore you all to add Gabby’s Catering on your list of new restaurants to try. You will not be disappointed.