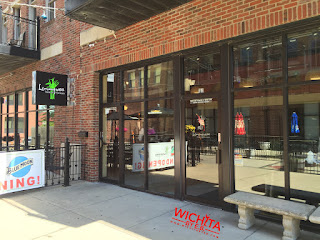 They are open 7 days a week from 11 am – 10 pm except for Friday and Saturday when they close at 11 pm. You can also like them on Facebook.

Lemongrass serves French-Vietnamese style cuisine with fresh crawfish, seafood and traditional Vietnamese meals. They also have a full bar. This could very well turn into an excellent spot to eat downtown as their hours are later than many of the traditional restaurants in the heart of Old Town.

There are options to eat inside and outside. Thee interior is very upscale and classy compared to most Vietnamese restaurants in town and they also have a great patio outside as well. 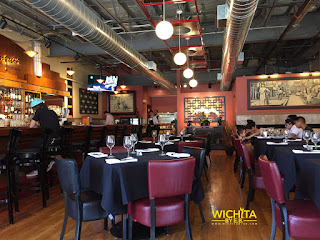 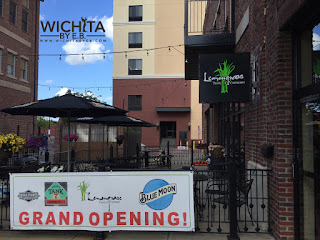 I went there over the weekend with the nieces who have spent their whole lives eating Vietnamese food so we were ready to stop in and try out some new food.

The menu is very simple; one page for dinner and one page for lunch. It’s not loaded with so many different options to confuse you. 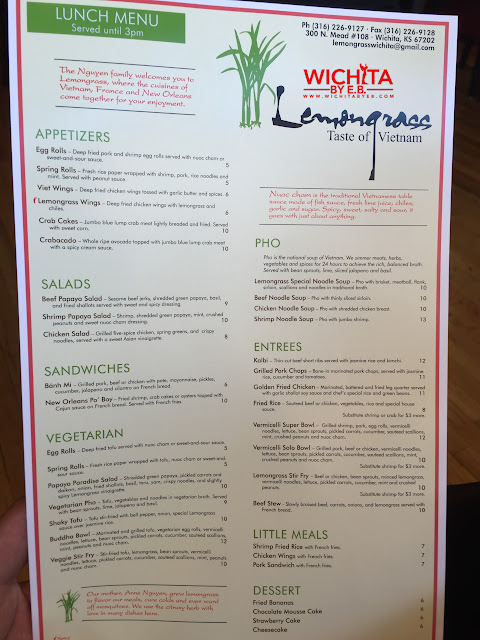 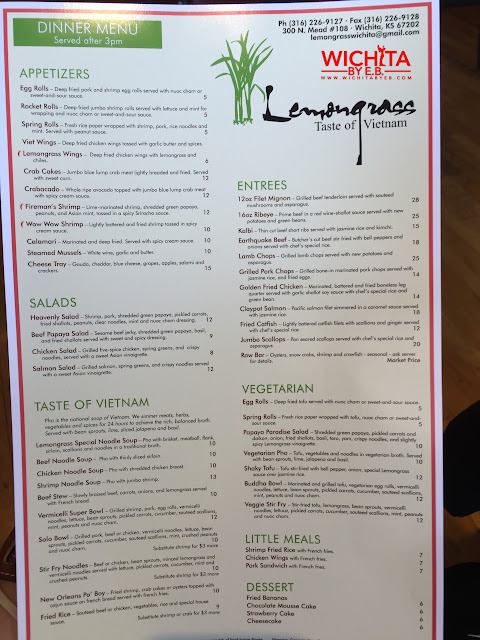 We eventually settled on the Lemongrass Wings for an appetizer. The girls would have rioted if I didn’t order them the Beef Pho and I went with their recommendation of the Lemongrass Special Noodle Soup (Pho).

The Lemongrass Wings are made with lemongrass and chiles. They can be mildly spicy to spicy depending on your tolerance for heat. I didn’t mind them at all and only one of my nieces could handle it. One thing for sure is they are great. There’s a decent amount of meat on each bone and a decent value at six wings for six dollars. 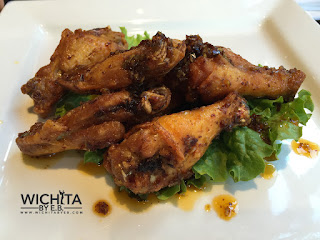 Next up for us was the Pho. My nieces split a bowl between the two of them. They only have one size for the noodle soup/Pho so if you aren’t that hungry go for something else that might fit your appetite more. 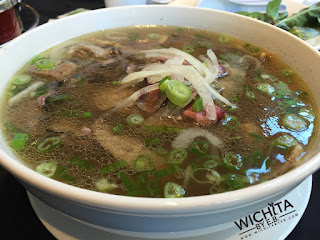 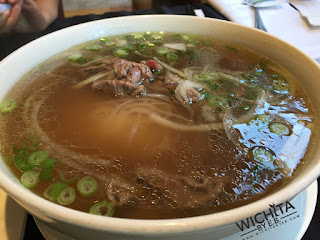 For starters, Lemongrass doesn’t skimp on noodles or meat. In my Lemongrass Special, there were generous amounts of brisket, meatball, flank, and sirloin. The noodles were plentiful as well. One large bowl was more than enough for my two nieces to share and my own bowl was large enough to the point I couldn’t finish it. While all that was great, the broth would be best described as ok. It didn’t quite compare to a Pho Hien or My Tho. It does beat both places though in actual amounts of noodles and meat though.

The large bowl was very comparable to what you would find as the large option at other Vietnamese restaurants. Where it didn’t compare was price. Ten dollars is a couple dollars more than what you’d spend for a same size bowl as other very good restaurants in town.

Then we decided to end the day with dessert. I saw pictures of Fried Bananas on their Facebook page and already knew going into the day we would be ordering it. 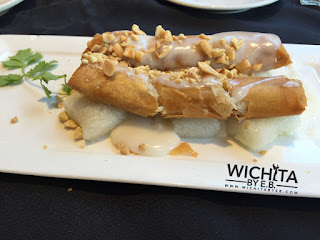 The fried bananas were laid over little balls of rice, drizzled in coconut milk and topped off with peanuts. All of that combined made for an EXCELLENT dessert. I’ll be honest for much of my life going to Vietnamese restaurants, my family would rarely order desserts. That might stop now. The Fried Bananas were amazing and that’s coming from someone who doesn’t even like coconuts or anything tasting like coconuts. There was a nice crisp to the bananas but when paired up with the rice it was darn tasty. It’s a must try when you head to Lemongrass.

There were many other options I wanted to try on the menu that I saw others around us ordering like the crawfish, oysters, scallops and other seafood items. I was also told the crabacado is fantastic. It’s basically a whole ripe avocado topped with jumbo blue lump crab meat with spicy cream sauce. I’ll be going back before making any sort of final judgment on Lemongrass.

While the Pho was average, the Fried Bananas and Lemongrass Wings were great.

The service was superior. They really catered to every need and my nieces took a liking to the entire staff that helped out.

Considering all of that, it’s worth another try for me.

Look forward to seeing what everybody else thinks as time goes along.