If there’s a disgusting new fusion food out at a restaurant, you can bet your bottom dollar that the staff at Wichita By E.B. will risk everything to try it as soon as possible and get the scoop on whether it’s worth it or not. 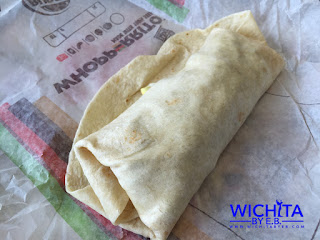 After such experiments as the Mac N’ Cheetohs and Chicken Fries, Burger King is back at it with the Whopperito.

You guessed it, it’s a Whopper essentially put inside a burrito. Sound gross? To most of my colleagues it did. To most of my friends it did as well.

Burger King has done well with many of their fusion food creations so it’s no surprise they are up to their crazy ways again with this wacky invention. If you’re a Whopper fan, be aware that this isn’t exactly a Whopper inside a burrito. Instead of the usual sauces and seasonings, they switched out the seasonings and sauce to give it more of a “Tex Mex” feel.  There is now a queso type sauce instead of what you’ve become accustomed to with a regular Whopper or even a Whopper Jr. 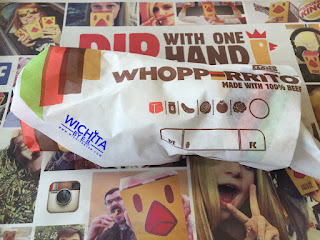 I was only able to talk one friend into trying this. He’s pretty much my only friend I can count on to risk any health repercussions for the sake of pure entertainment in the form of a blog. I would go over lunch to order mine while he grabbed one for dinner. 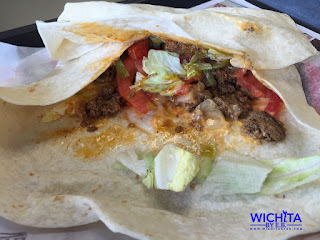 Upon opening the Whopper to see the contents inside, I knew heartburn would be in my future.

You may want to sit down for this. A Whopperito contains 570 calories, 1110 mg of sodium, and many angry looks from your doctor.

So aside from all the bad news about health, is it still worth it?

To quote my friend, a Whopper was meant to be between two buns.

Also the queso sauce really through it off and wasn’t that tasty. It needed more of the same old mayonnaise in the Whopper. While filling due to it’s size of around four inches, the tortilla shell did break apart easily.

The meat inside was fairly greasy too. It did not make for a pleasant return to work.

It was nothing mind blowing amid the expectations we had. My friend said he would order a regular Whopper next time instead. Keyword being regular because he did try the Halloween Whopper last year.

Ultimately this was a fail for us and another Burger King fusion food we can cross off the list for trying. 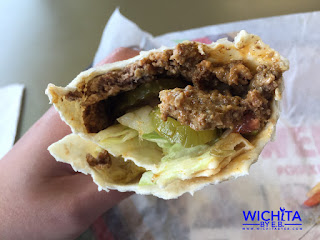 Until the next one comes out, Happy Dining!
Eddy