Over in Kechi, KS just north of Wichita is a little house turned into a small quaint restaurant. While I don’t travel much to Kechi, it could very well be the only restaurant in town. 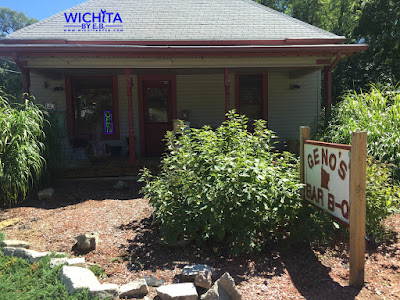 As mentioned earlier, the restaurant is rather small. There are seven tables inside that will accommodate roughly under 30 people.

This has been a restaurant I’ve long wanted to go to but given their weekend hours, it’s been tough for me to make it out. Finally over the weekend though, the adventure to Kechi came full circle.

Given it’s a simple mom and pop shop, the menu is limited but offers enough choices to satisfy any diner. 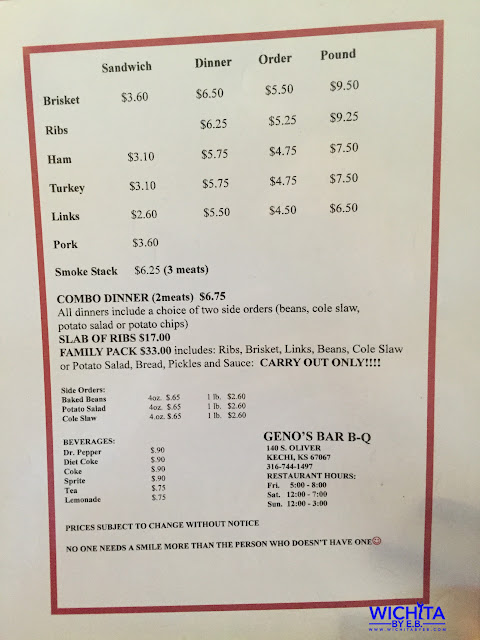 With the group of four that went, we ordered a little bit of everything on the menu. One friend order the Smoke Stack sandwich and a ham sandwich for his three year old son. Another friend ordered a combo dinner with turkey and brisket. I went with a combo dinner with ribs and brisket then made an additional order of ham and all three sides they had to offer. I figured at 65 cents a side, it couldn’t hurt to try everything they had. 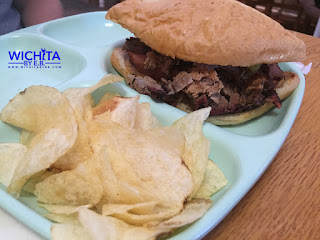 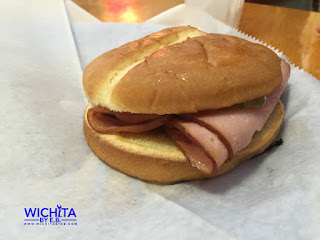 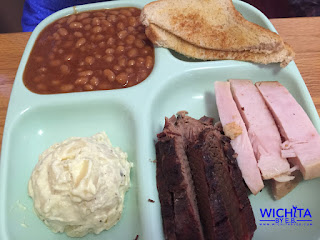 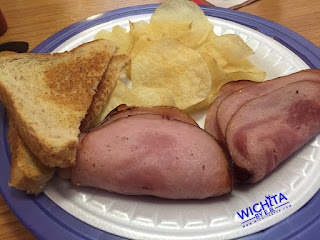 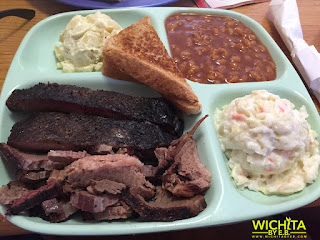 The prices at Geno’s Bar-B-Q are very affordable for everyone. It’s certainly much cheaper than most of the options in Wichita. A combo dinner is $6.75 while most single meat dinners run around $6. It’s worth noting, the food portions do reflect those prices. While smaller, it’s more than plenty to satisfy most appetites.

As for the actual food though, we felt a little underwhelmed by it all. For starters, the sides were very simple but nothing to really set itself apart from what you can find in Wichita. While a good filler, they were sides that won’t leave you coming back for more. But at 65 cents a side, I really can’t complain.

The meats were a little bit of the same. My friend who ordered the Smoke Stack found his sandwich to be fairly dry but with the assistance of their BBQ sauce made it much more manageable. Speaking of their sauces, they had two different offerings in Mild and Hot. The Hot had much more flavor and of course bite to it while the Mild sauce was fairly simple. His son didn’t even touch his sandwich, Bubble Guppies was taking too much of his attention. My friend ended up eating his ham sandwich later in the day when he got home and really enjoyed it though.

My other friend and I had the brisket and we both felt the same on the fact that it was just about average. It didn’t have a real smoky taste, it didn’t taste spiced up or anything; just basic brisket. She also had the turkey and found the texture to be much different than most turkey. It’s a little hard to describe. I even took a bite and not sure I’ve had turkey feel like that before.

The ribs though were splendid; very tender, came off the bone easily and had a good smokey flavor to it which I love. Dipping it in the hot sauce, made it that much better. If I had to go again, I would have ordered strictly a Rib Dinner.

Their water cups were the size of a child’s sippy cup, so our waiter had to continually come back to refill our drinks. Service was very good and quick though.

Of course the prices were fantastic but the food was about average with some spots that shined through. One of my friends noted he was eager to go back and take his wife to give them a second chance. We all agreed the atmosphere inside the house was great, warm and welcoming.

For the price and coziness alone, we would go back to give this place another shot. The best word to describe Geno’s for us is probably “simple”. While it doesn’t compete or beat some of the top BBQ options in Wichita, it can certainly be convenient if you already live on the north side of town.