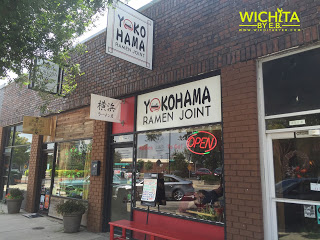 Back in April, we gave everybody a first look at Yokohama Ramen Joint. It was a chance for us to give everybody a few pictures, the menu and a basic idea of what to expect when going in. We didn’t give a full review because it’s never really fair to judge a restaurant on their first day.

Since that time, Yokohama Ramen Joint has had so much positive feedback, big crowds and happy diners. There were days when they first opened that they would have to close early due to such high demand. Now that they’ve been open for a while, they have got the system running smoothly and I felt enough time had passed that I could come in for a full review.

After talking a few co-workers into taking the time to drive to the Delano District, we were on our way; all newbies to the world of upscale ramen.

As a refresher, Yokohama Ramen Joint is located at 613 W Douglas. They are open 6 days a week from 11am – 8pm and closed on Wednesdays.

If you decide to go for lunch during the week, I’ve been told they get hit with a good crowd from 11am – 12:30pm. When we went, 12:30pm seemed to be a good sweet spot when tables started opening up. It was either that or the foodie gods were looking down on us that day.

Yokohama Ramen Joint had a new menu since their opening and the owner was kind enough to send me those images which I’ll post at the end of this review.

Everyone in our group was pretty hungry so we wanted to start off with some appetizers and rice to chow down on while we waited for our ramen. We started our lunch with the Tori Kara which is Japanese style boneless fried chicken with QP mayo along with some Spicy Fried Rice with chicken. 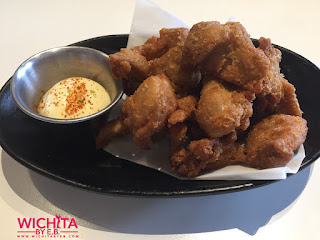 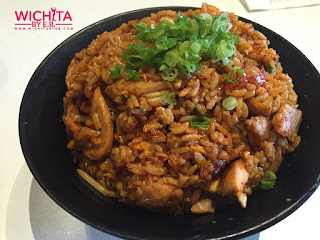 If there was a better way to start a lunch, I’d love to hear it. Not sure we could have chosen two better options to begin our outing. The Tori Kara included nice big chunks of lightly fried chicken that wasn’t greasy at all. Dipping it into the QP Mayo sauce that had a minor amount of heat to it just gave it that extra zing it was missing. The Spicy Fried Rice came out in a good size bowl. We were given four little appetizer bowls so we could split it for everyone. These days, I’m more of a steamed rice type of guy. On occasion I will eat fried rice but it has to be darn good for me to stray away from the steamed version. Well, I’m glad I did on this day. The Spicy Fried Rice was a hit with everybody in attendance. The flavor was incredible. It’s definitely a must try for anybody ever going to Yokohama; perfect for an appetizer split with others or served as it’s own meal.

Next up was our ramen orders. Between the four of us, we went with the Yokohama Style Ramen which is their basic and more popular options. Then another person ordered the Spicy Garlic Miso Ramen while I went with the Miso Ramen. Some of us also included the Signature Home-Made Spicy Sauce for an additional 50 cents. They have two types of sauces, the Signature Home-Made Spicy Sauce and the Home-made Dangerous Spicy Sauce. Including it in your ramen is like adding a flavor booster in your sodas at QuikTrip. 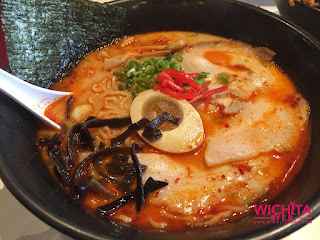 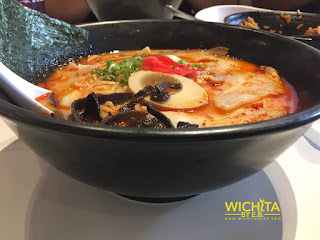 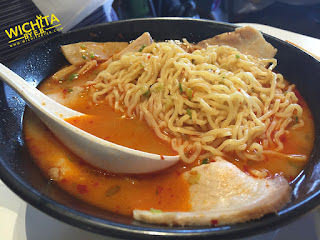 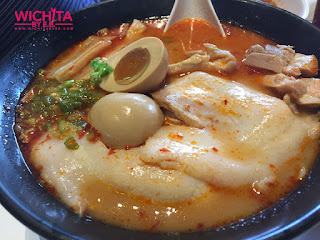 Soon after, our meals were placed in front of us. We all took in the aroma and just sat there with smiles and much anticipation. The ramen was just as good as I remembered the first time I had it. While in the process of eating, I couldn’t help but hear one of my co-workers sort of moan followed by comments of how good it was. It was a bit disturbing yet rewarding to know I brought him to a restaurant he liked.

One of my other co-workers was a little taken back by the look of the egg. I tried to assure her it was good to go and not be turned off by the appearance. She wanted to compare it to Pho and I told her it’d be like comparing a burrito to an enchilada; you just can’t do it.

We did notice there was a little difference in their broths. While both delicious, their miso based sauce is a little saltier than their pork based sauce. So that is something to keep in mind when ordering your ramens.

My Miso Ramen was delicious. If my co-worker didn’t order the Spicy Garlic Miso Ramen, I would have went with that but tend to always order last and something different when doing group reviews. The ramen had a fair amount of meat in it with a ton of noodles; all extremely filling.

Once everybody had their fill, I ordered a bowl of Yokohama Almond Delight aka Annin Tofu. If you read our First Look at Yokohama Ramen Joint, you’ll remember it was a big time favorite of ours so I couldn’t leave without this dessert. The test was whether my co-workers would try it. 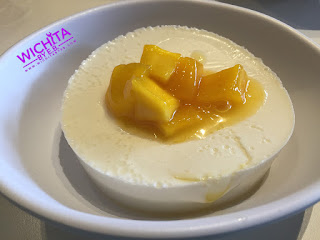 Once it came out, I was received many puzzled looks. It was expected but I was confident they would like it if they would just take at least one spoonful. They eventually did after some bullying…… I mean persuasion and I was right. They were astonished by the minty taste of it. I had them take a second bite with the mango and they were even more taken back by the experience. I call the Almond Delight one of the most pleasant surprises in dining. At first glance, you’re concerned but once you get over that stage you’ll love it.

Come to find out Yokohama also has other dessert options which we didn’t try but will save for another trip: 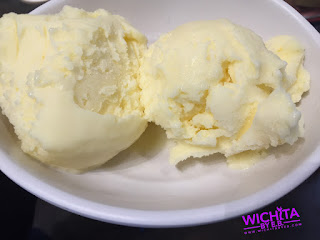 Upon driving back to work, everybody said they would go again. It brought a smile to my face as I really do enjoy the ramen experience and want to go back soon. I can’t speak highly enough of Yokohama Ramen Joint. From the quality of food to the friendly service, they’re really hitting it on all cylinders. I wonder how long it will be before they expand, move to a new location or even open up a second restaurant.

If you’re worried about long wait times, Yokohama Ramen Joint now does carryout too! You can get your Ramen To Go! 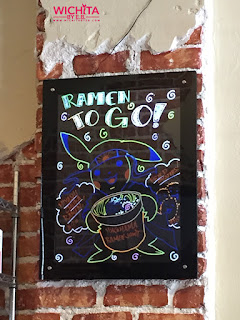 It’s been four months since they have opened, if you haven’t tried it yet do so SOON! Otherwise, be sure to Like them on Facebook! 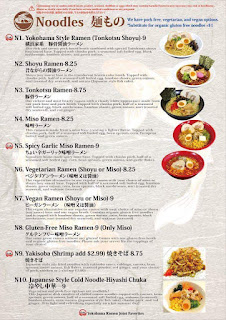 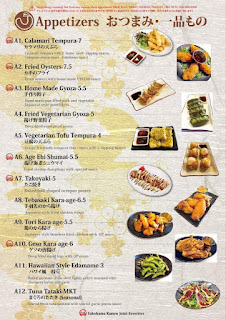 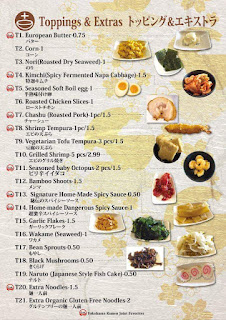 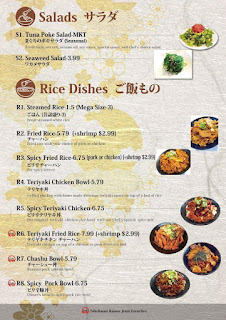 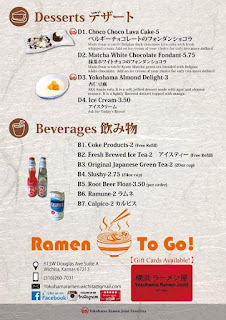