Many people go to state fairs for one thing: fair foods. Unfortunately (or fortunately depending on how you look at it) fair foods are only available in limited doses when fair is going on.

Hostess has changed all of this when they unveiled Deep Fried Twinkies which are now available at Walmart for $4.76 a box. I randomly saw it on display one day and decided why not give this a try with the family? 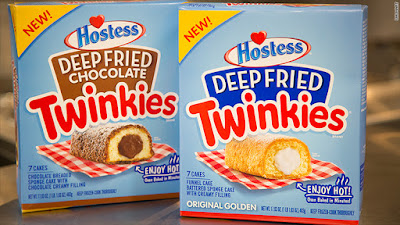 They are available in two different flavors: Deep Fried Chocolate and Deep Fried Original Golden and from what I can tell can only be found at Walmart in the freezer aisle.

After a family vote, we decided to go ahead and get the Original Golden. 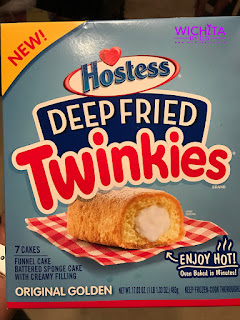 The Deep Fried Twinkies come in a box of seven cakes. You can cook these in the toaster oven, deep fryer or the oven which is the recommended instruction. We set a handful of them out on a try and set the oven to 350 degrees. It took around 6-8 minutes. 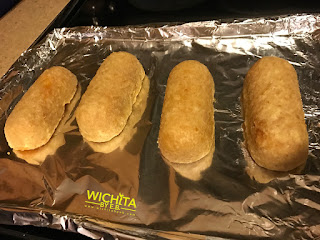 After they were done, we let them sit for a couple minutes to cool down. The worst thing is eating food straight out of the oven. Raise your hand if you’ve ever eaten a frozen pizza immediately after you cooked it and burned the roof of your mouth? I do it EVERY time. 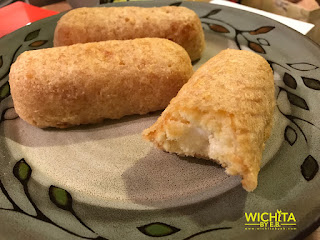 The aroma of a Twinkie was definitely there. Since we didn’t deep fry them and my guess is most people won’t, the Twinkies didn’t have much of a crunch or crisp to it. On the flip side it didn’t have the soft texture of a regular Twinkie. It was somewhere almost in the middle. The creme filling in the middle also had a different harder texture to it. To describe the taste, it was almost more like a sugary cake doughnut than a Twinkie.

Nearly everybody preferred a regular Twinkie over a Deep Fried Twinkie. While it wasn’t bad, it didn’t make any of us feel like we were trying a state fair staple. Although still fun to try and cheaper than spending $200 for one at the fair, this was probably a one shot deal for all of us.