You may not know the shoe by name but you have certainly seen them at one time or another. 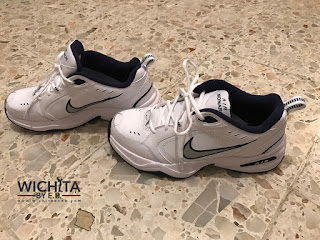 They are the Nike Monarchs.

My best friend wears them and for the record he is 35 years old, not 65 years old. He’s been wearing them for as long as I can remember. They are his multi-purpose shoes. Whether it is for golfing, playing basketball, going out to the bars, hanging out or even as his dress shoes for work, he will wear those shoes with zero apprehension. For his bachelor party, we went on a road trip and we had to stop somewhere so he could buy a pair. 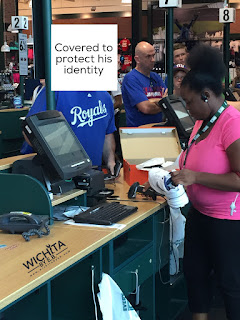 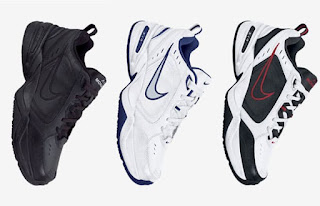 These shoes can be found at multiple outlets like Famous Footwear, JC Penneys, Shoe Carnival and Kohl’s to name a few. They will usually run you around $65 on average.

After more research I was able to find that these are Nike’s best selling crosstrainers of all time. As recent as 2013, they were the best selling shoe that year. Best selling means shoes sold, not dollars;  dollars would be Air Force One’s.

So back to my friend though. In our circle, Nike Monarchs are as synonymous to him as Jordans are to Michael Jordan. He got married over the weekend so the guys in the wedding party and I decided it would be funny to get him a pair of Nike Monarch’s for the reception. Then it turned into, we thought it would be funny to get all the groomsmen and ushers a pair and present them during the best man speech.

I went over to the nearest Shoe Carnival and swooped up a bunch of pairs. The staff there just loved the fact that we were buying about a dozen of shoes and the reason why. One sales person was very skeptical the whole time just due to how ugly they were. He gave me this look like, “Are you sure this is a good idea?” I wanted to respond, “Of course not but we are going to do it anyways!”

I presented the shoes during the Best Man Speech and it came off beautifully. Admittedly the guys and I were concerned the bride would hate it because she despises those shoes and rightfully so, they are indeed hideous. My thinking was, my best friend would have the awareness to wait until after the First Dance to put them on. I was wrong. He had the eyes of a child on Christmas Day and put them on immediately without hesitation and got right up on the dance floor. 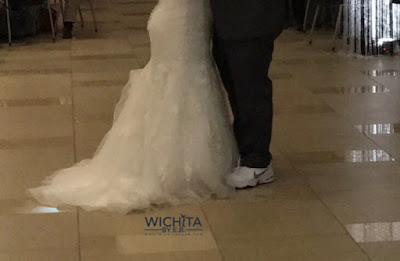 That might be the first time ever in the shoe’s history, they’ve been worn during the First Dance. 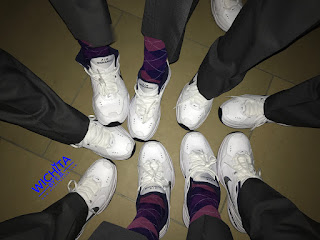 All the guys danced the night away in those clunky shoes. They were much heavier than any other shoe we were used to wearing. Whether it came to line dancing, two stepping, or simply jumping up and down, you could feel the weight of the shoes.

Throughout the night, the opinions on how comforting they felt were mixed. About half of the group really felt they were comfy while the other half didn’t think so. After wearing the dress shoes provided to us by the Tux rental provider, to me it was like having my feet wrapped in pillows. But imagine what it’d actually be like to walk around with pillows the entire night. At some point, it’s going to get uncomfortable. I could definitely tell the next day; my feet were a bit sore.

“I was impressed with how comfortable they were but anything was better than our dress shoes we had to wear.”

Many of us went out after the wedding and you wouldn’t believe the number of people pointing at our shoes from a distance. We actually had a few people come up to us and tell us we were looking sharp but the shoe choice was questionable. They were definitely attention getters….maybe that’s why my friend has been wearing the Monarchs for all those years.

Of all the guys who wore them for the first time, twelve out of twelve probably wouldn’t wear them  regularly or perhaps even ever again…..at least not in the next 20-30 years.

A majority of the guys gave their shoes to their fathers or father-in-laws. I decided to hold on to mine as a keepsake for my best friend’s wedding. Every now and then I’ll even use it as a lunchbox for work. 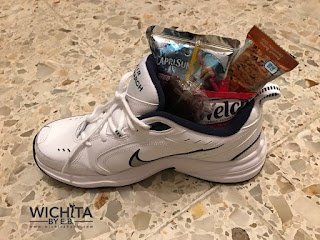 Checking out the Riverfront Stadium debut with some Shockers baseball 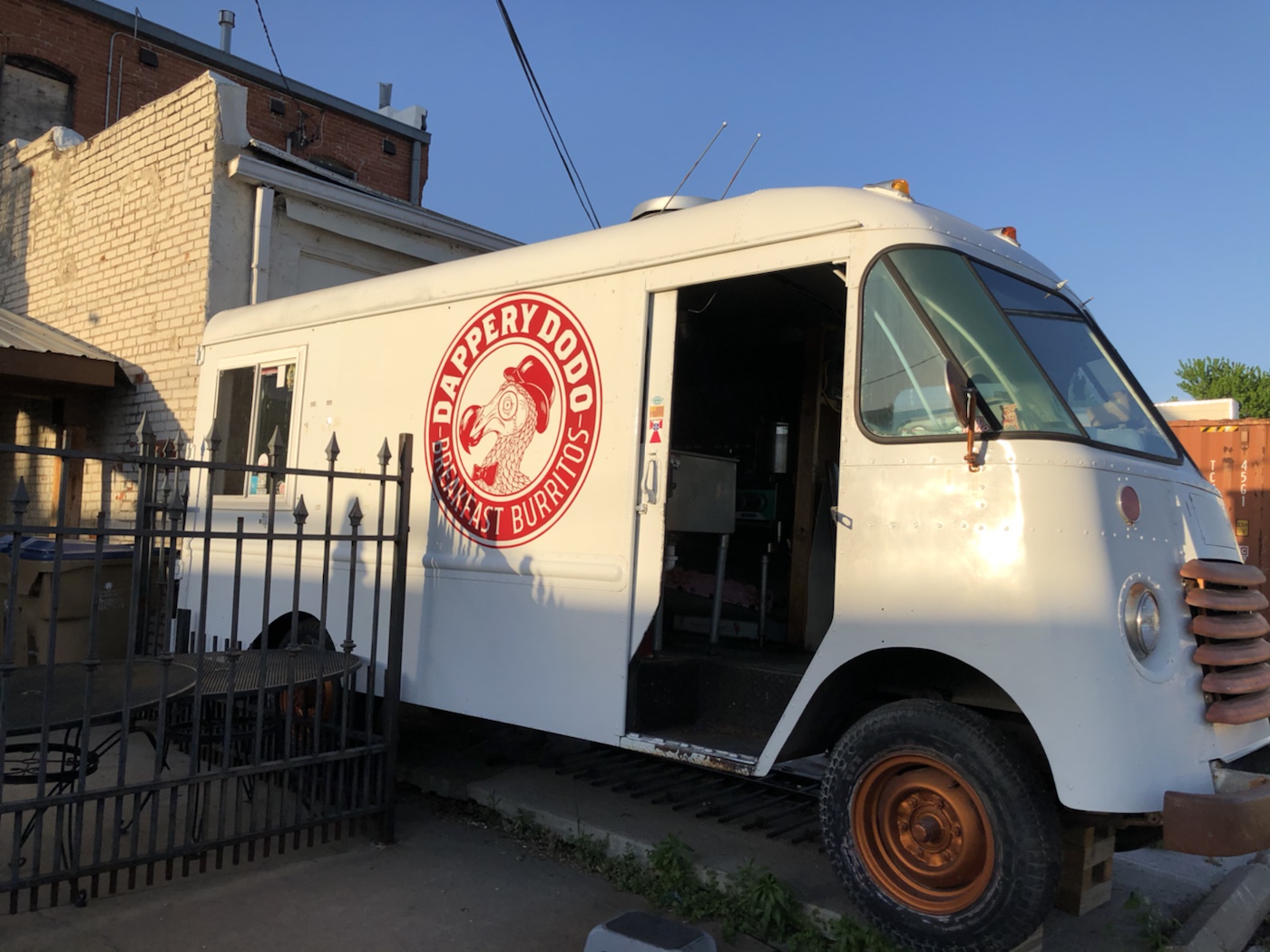 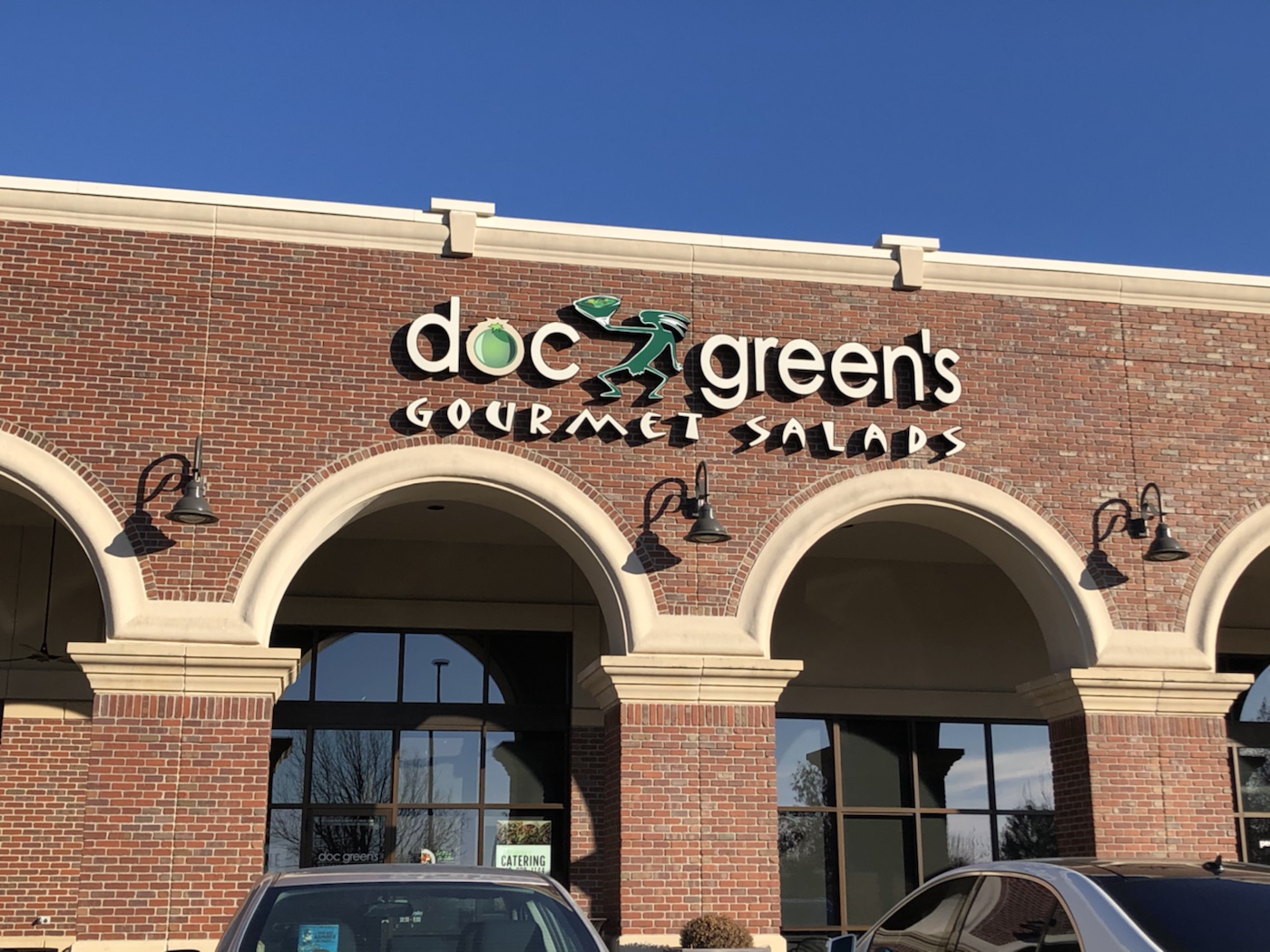 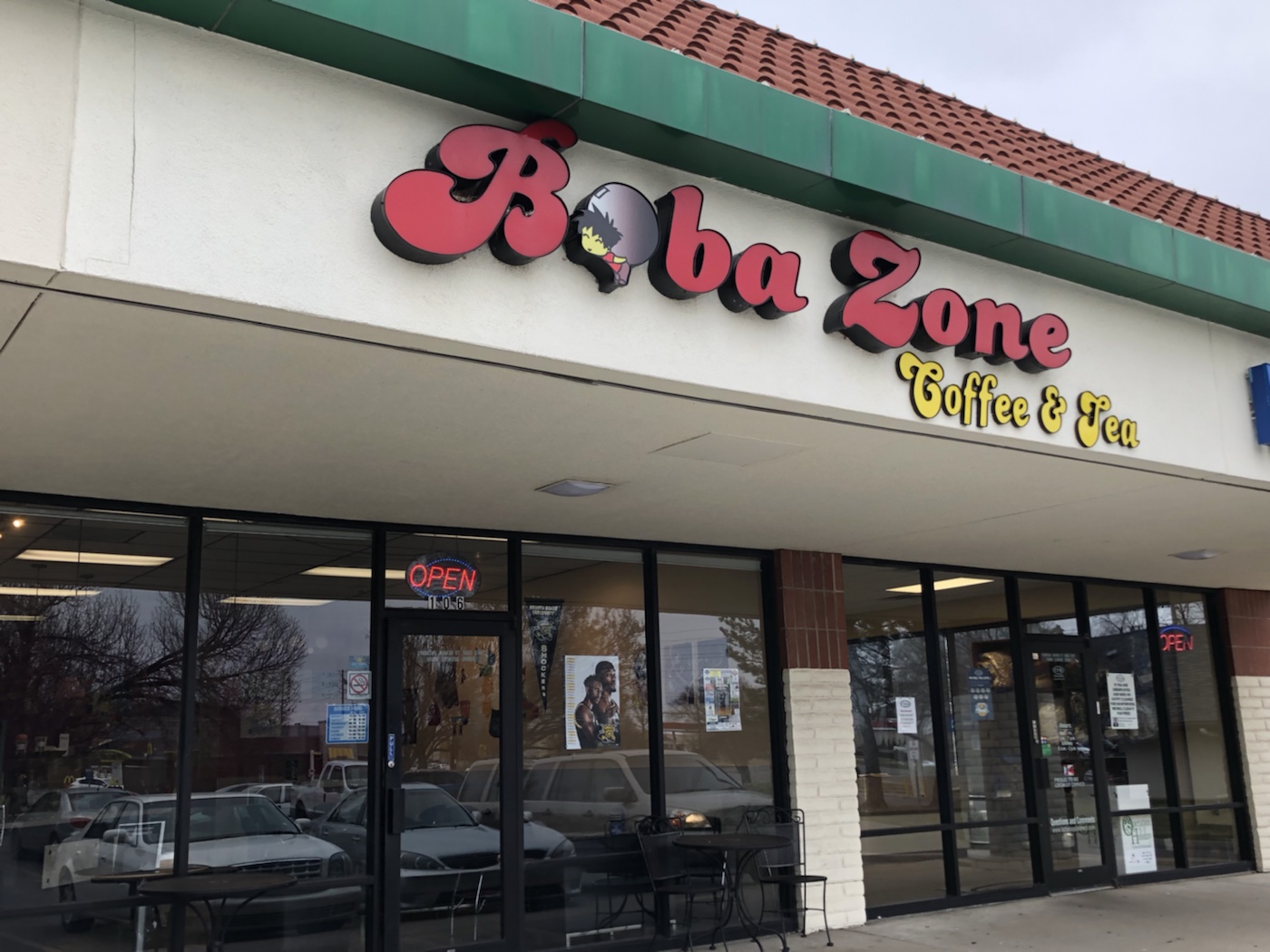 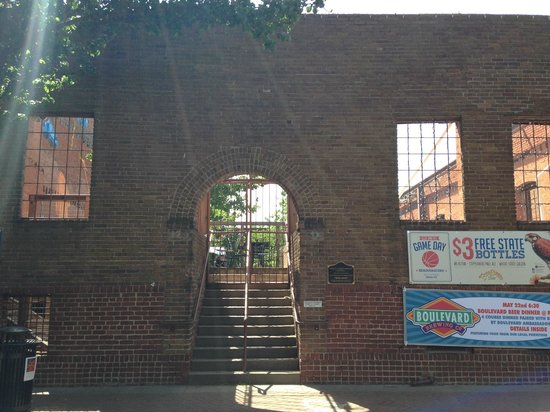 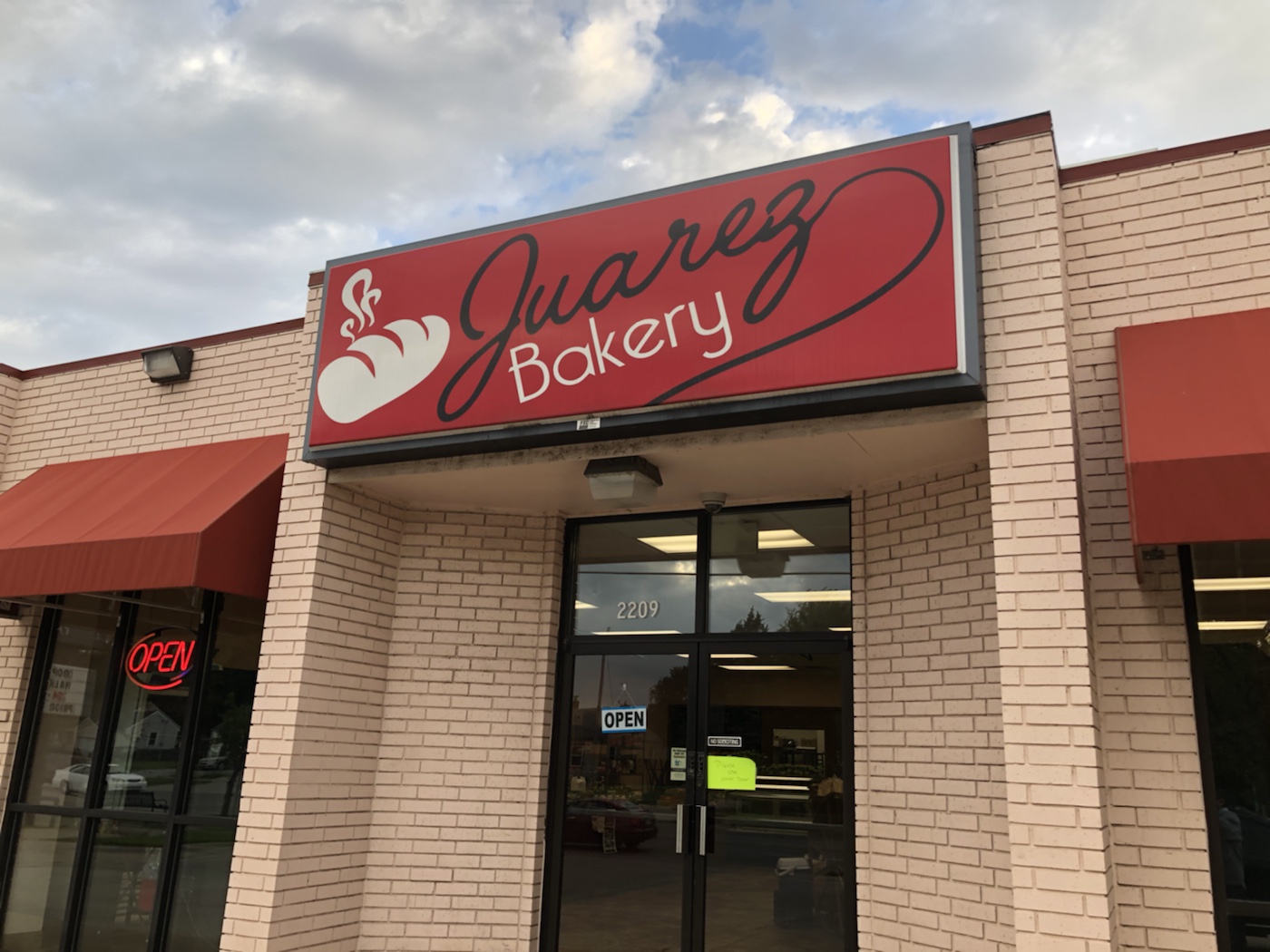