After a much needed sabbatical from dining out and blogging, we are back with the first blog of the year.

This time around my colleagues and I decided to stop by an Indian restaurant that opened last year and finally made our way downtown to check it out. 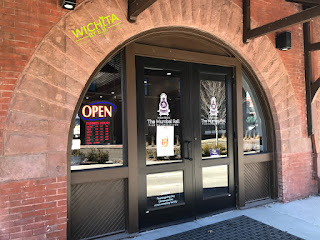 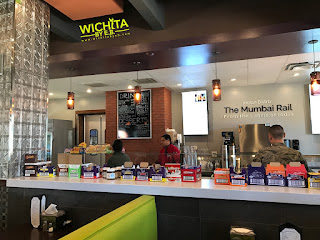 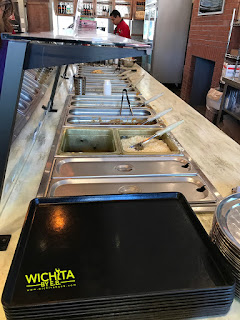 When the three of us arrived, we didn’t know what to expect. Had no idea if it was a buffet style restaurant, a sit down, a fast food……. we were clueless.

At Mumbai Rail Indian Bistro, the food is ordered and served cafeteria style. You start at the line, the employee grabs a tray and puts a plate on top. You then go down the line choosing what you want and then pay for your food. 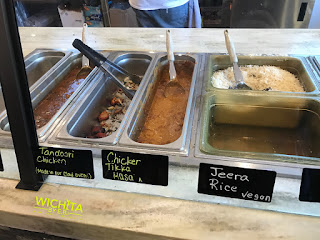 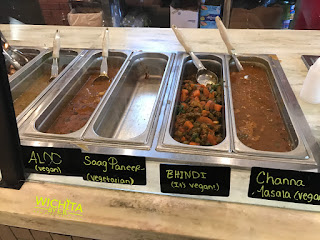 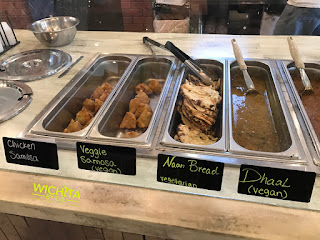 All plates come with rice and naan as well.

They also have some additional items you can order on the side like samosas for $2.50 a piece which one of my colleagues did for his wife. She’s a huge samosa fan. (Now if we’re talking mimosas, you’re speaking my language!) 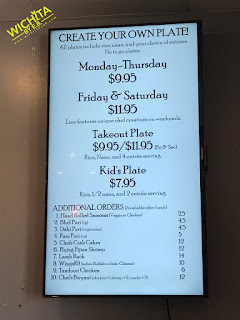 We went in right at lunch time and the line was incredibly slow. In a cafeteria line setting, one would think they would have more than one person serving the food. Nope.

At The Mumbai Rail Indian Station, at least on the day we went, there was just one employee who would grab a customer’s plate and go down item by item and see what a they wanted. It….. was…. slow. The slowness also prevented each customer from asking more questions about the food because they didn’t want to slow the line down any further. Admittedly, we felt a bit rushed going down the line.

After some patience and a longer than expected lunch wait, we eventually ordered our food. 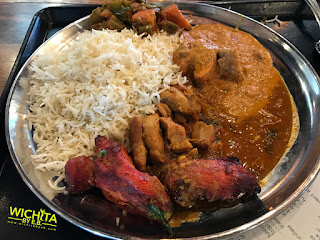 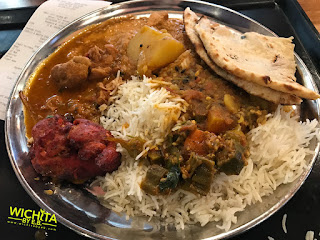 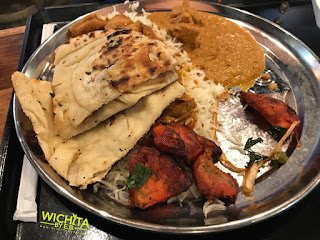 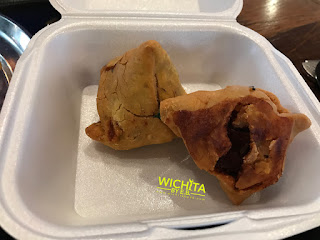 Was the food worth the long wait? That’s debatable.

Was it good? Yes.

Everyone tried to order a little bit of everything. There were some items down the line we were unable to order because they were out of it. But for what we got, the food was all satisfying. Many of the chicken entrees on the line were delicious with the main drawback being the shortage of the food.

If you really like spicy Indian food, you may be a little disappointed though. While the food had lots of flavor, they were a bit short on the spice.

If you order a drink, do note that they don’t have anybody going around refilling your drinks. You have to go back and have that done for you. Each person is also responsible for throwing away and putting back their trays, plates and trash.

The bright spot here was definitely the food while the service was a major blow in our opinions. Compared to a Kabab’s which is nearly the same price, we preferred that instead.

Judging from other reviews after trying out The Mumbai Rail Indian Station, they definitely have their fans and it could be for you. As with all restaurants, it comes down to personal preference.

Check it out yourselves. I’d love to read your thoughts on it and see if it differs any from ours. 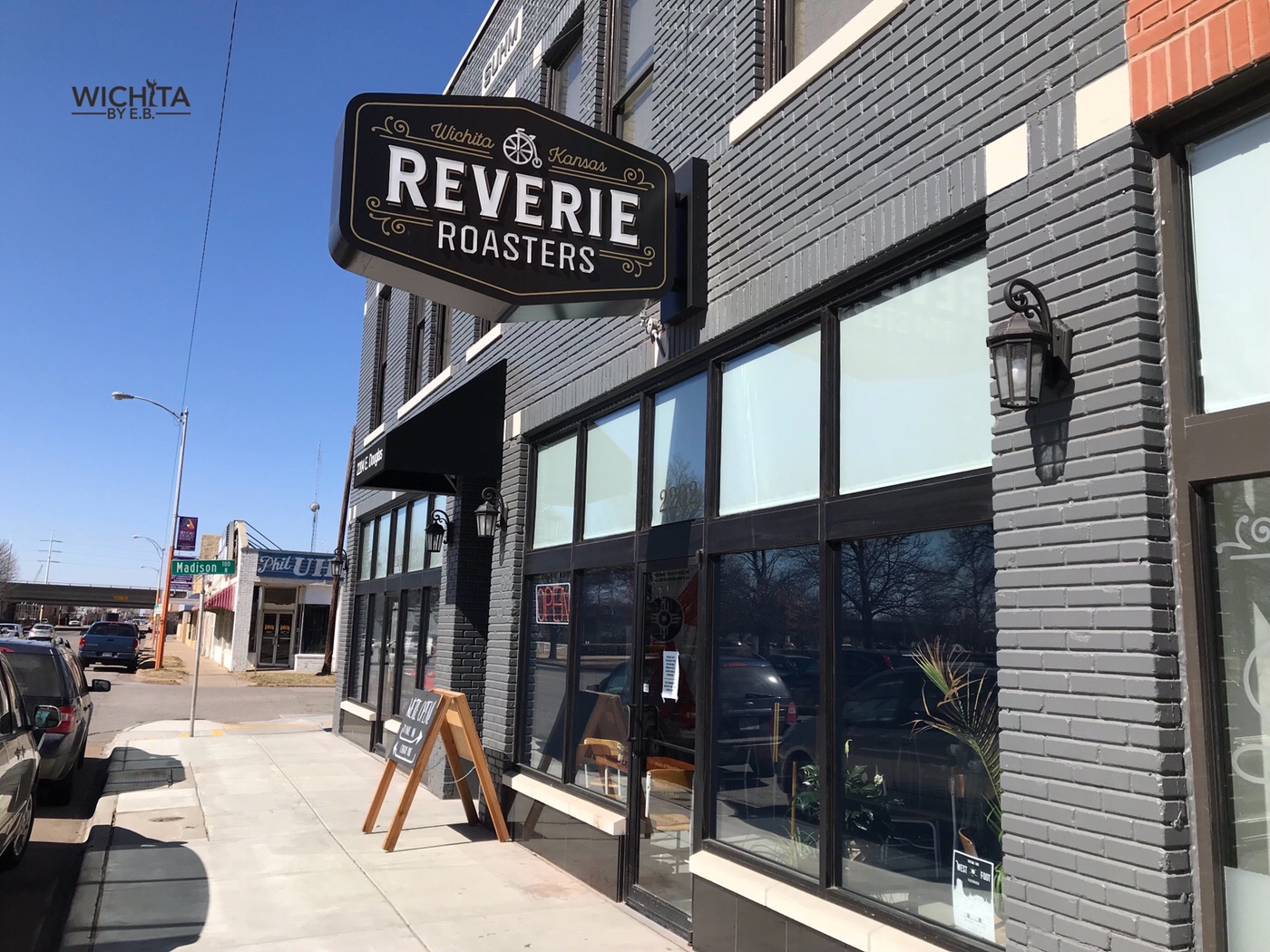 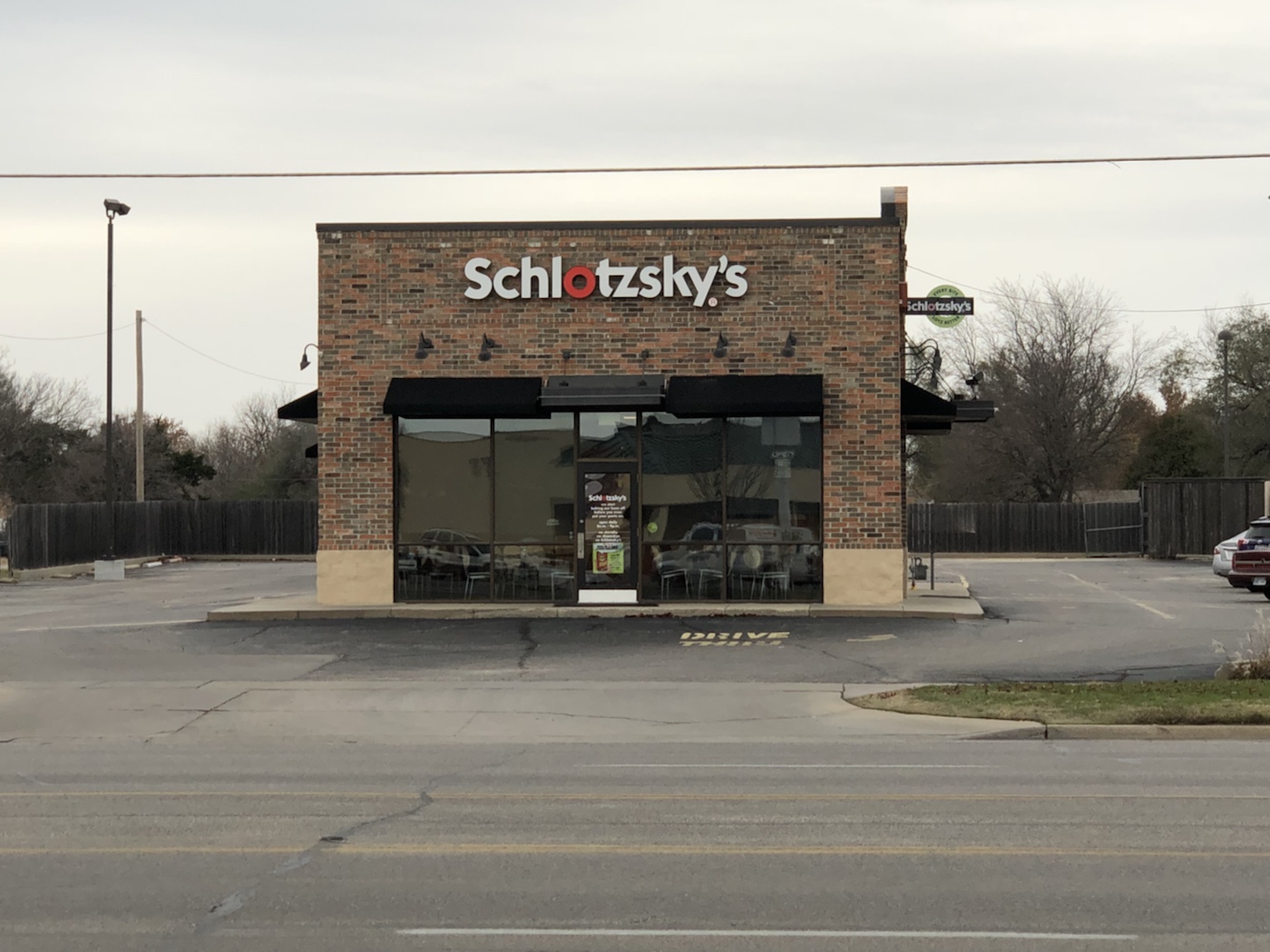 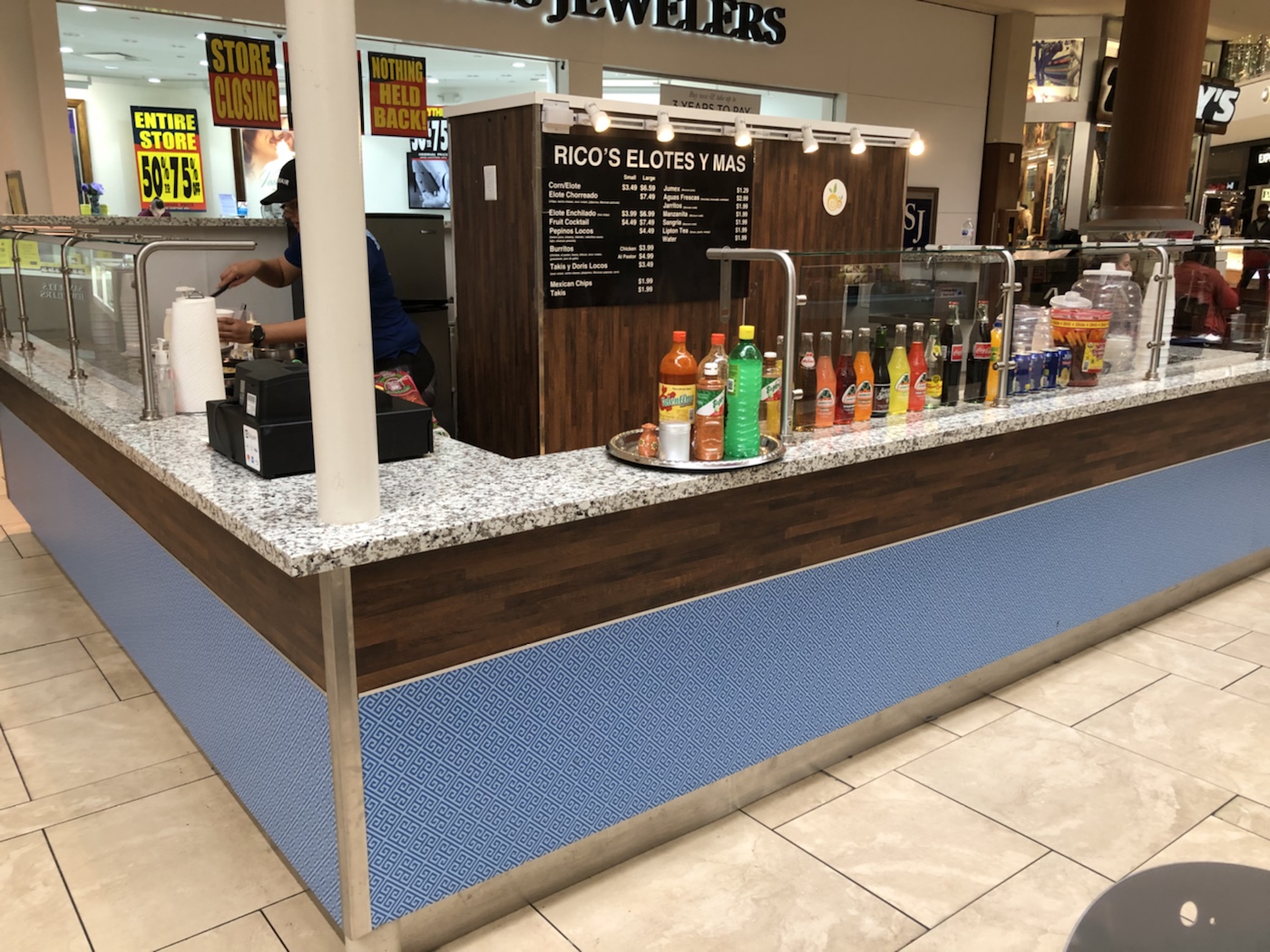 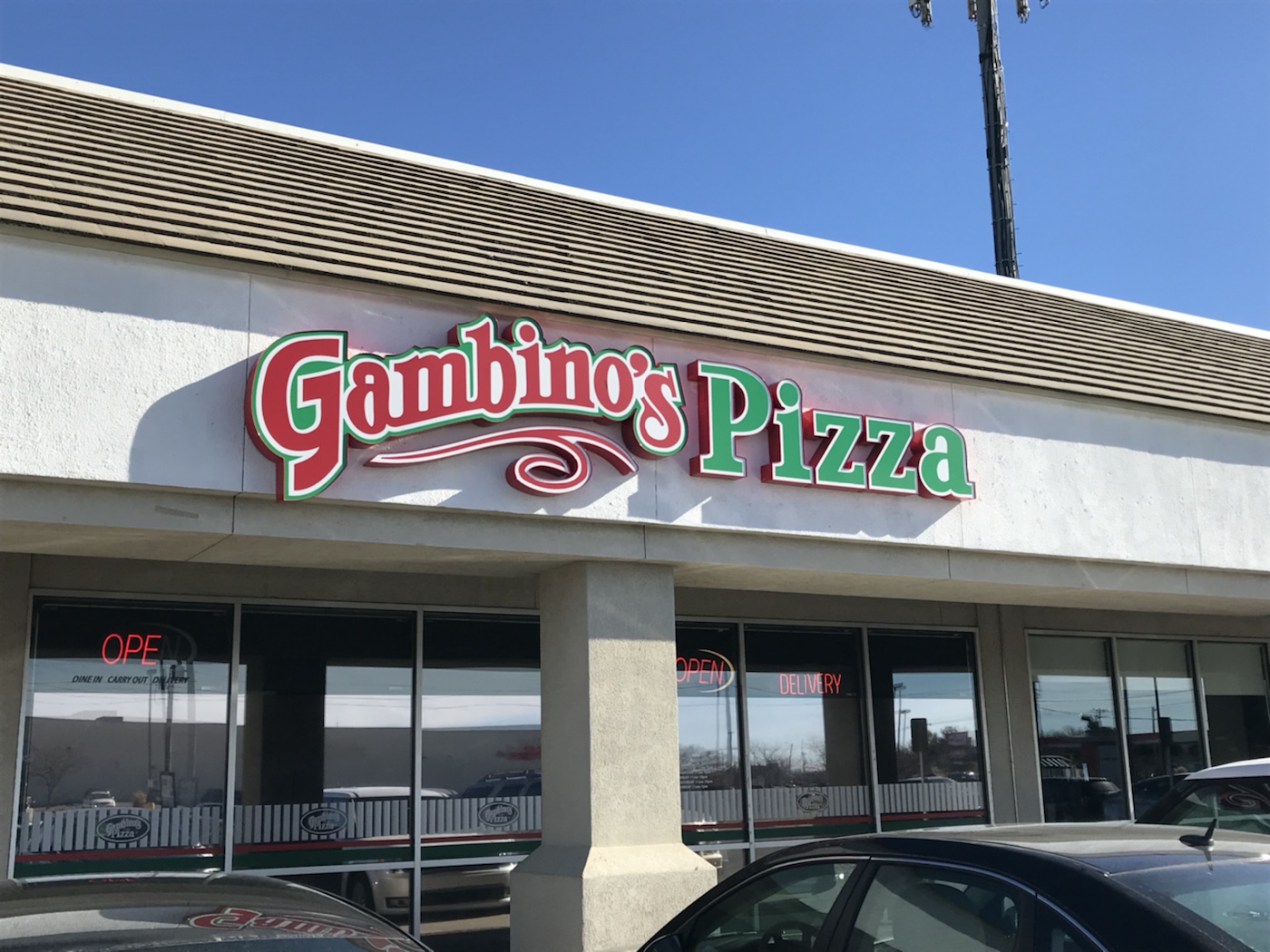 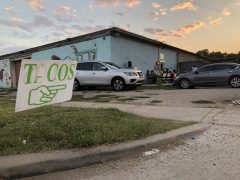