A new restaurant has opened in Wichita. It’s called HomeGrown and they are a premium breakfast concept that features high quality locally sourced breakfast and lunch items. Located in the New Market Square area, they hope to cash in on what looks to be more of an upscale breakfast spot. 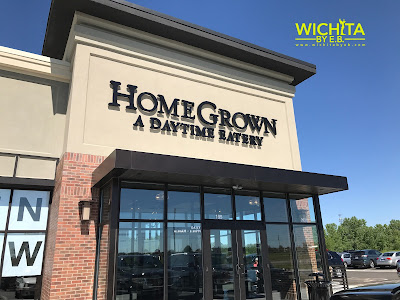 HomeGrown is still brand new so for our visit and any visit to a new restaurant for that matter, we try our best to keep an open mind on any problems a restaurant may have. Yes, that is foreshadowing.
A group of 8 of us went over Memorial Day weekend. When we arrived, we were told it’d be a 30-35 minute wait to be seated. We were ok with it and decided to stay. About 30 minutes in, they told us that they may have problems seating 8 of us at once and it may be a little longer. At 45 minutes, they gave us the option of splitting up into two tables which was fine as eating was more important than being around each other all at once. That took about ten more minutes and we were seated and ready to go.
We started our breakfast off with a few drinks. I ordered a spicy Bloody Mary and two friends ordered a green juice and an orange juice. 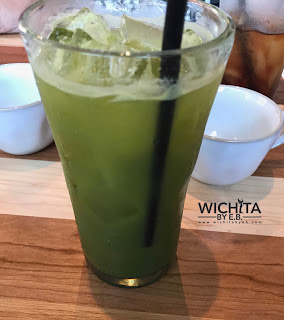 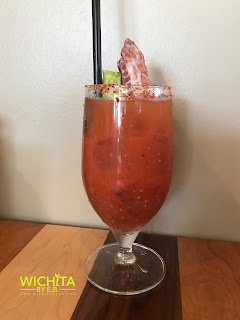 The juices were freshly squeezed and wonderful. Just the right start one would need to begin a perfect breakfast. The spicy Bloody Mary was pretty good with their homemade mix. While it’s not something I would label as spicy, I still enjoyed it despite the fact that I wasn’t sure there was any alcohol inside it.
At my table, we started off with a cinnamon homemade Pop-Tart. It was excellent. It was still warm when it came out and had a nice crunchy exterior but the inside was pure cinnamon bliss. I shared this with my friend’s child. He seemed to love it despite half of it ending up on his face than inside his mouth. This is something I would recommend to everyone. 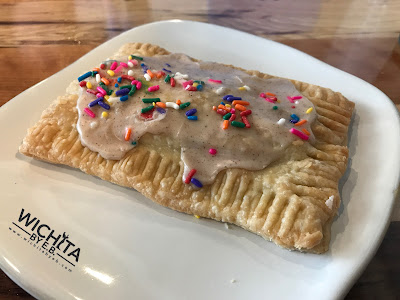 After the starters, my table ordered the Build Your Own Breakfast, the Cinnamon Swirl French Toast, Peanut Butter and Jelly Sandwich, and It Takes the Cake (2 cage free eggs, bacon and pancakes). 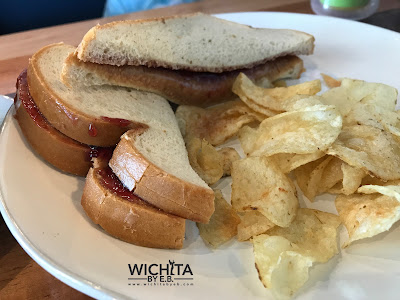 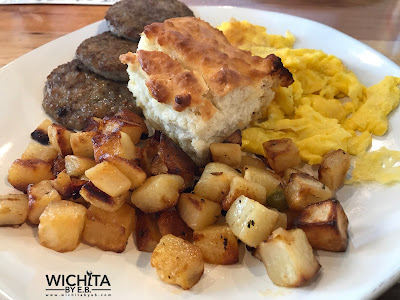 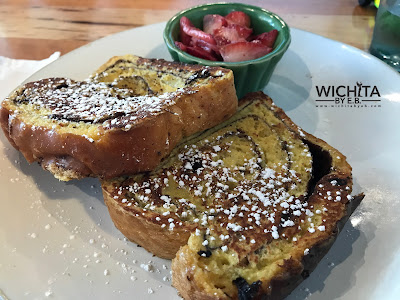 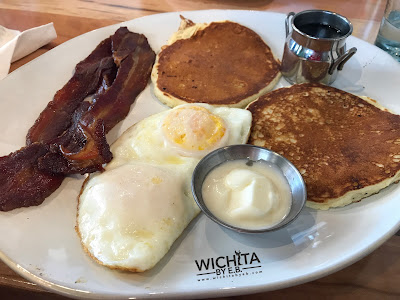 My friends at the other table went with the Yum! I Love Biscuits and Gravy, Eggs Benedict, and a couple orders of the It Takes the Cake. 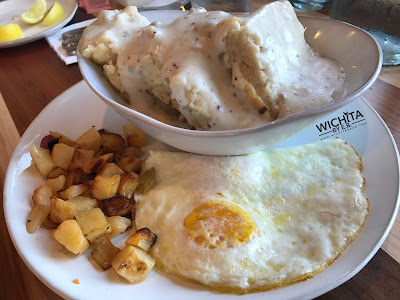 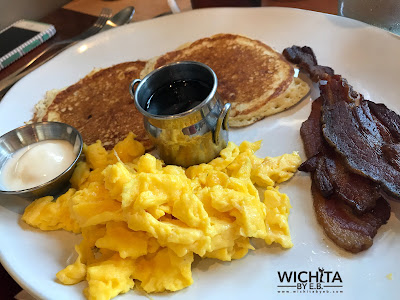 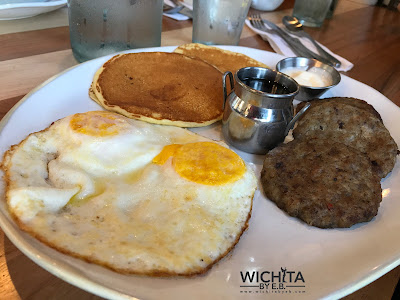 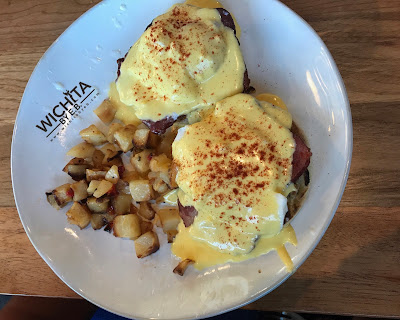 For the negatives, my friends found the potatoes to be a bit dry as if they had been sitting out for a little while. One of my friends who is a fairly picky eater, felt the biscuits were a little too doughy for his preference but noted the gravy was great and not too salty.
You could really tell the difference in the cage free egg; excellent. I had my eggs over medium and I’m not sure another restaurant has ever done a better job at that. What was even more excellent was the sausage and the bacon. It’s all sourced from Yoder Meats. All the bacon was big thick strips that was cooked perfectly. Everyone loved it.
My friend loved his Cinnamon Swirl French Toast. Many times a meal like that would be too sweet for a breakfast. The serving size was spot on and having the bowl of fruit was a great compliment to the cinnamon swirl.
The views of the food tended to lean more on the positive side with maybe one or two people being displeased.
As for the service at HomeGrown, that is one area they will certainly need to work the kinks out on.
At my friends table, they forgot the Eggs Benedict order when all the meals were brought out. After they realized it, their server nervously laughed and apologized. It took quite a while for the meal to arrive which was surprising given how simple of a meal it was. Their server had struggled from the start of the morning from placing the wrong meals at their tables to just simple mistakes. It very well could have been her first day serving.
Oddly enough, they told me the table right next to them had a similar mistake and that table was given gift cards as an apology for the mistake.
They say things come in threes and this was one of those instances. At my table, they had forgotten my meal as well. We had a different server and she was very apologetic. I told my friends to go ahead and start their meals. By the time my meal came out, I was sort of left eating by myself while they watched. A manager came around and also apologized to us. We didn’t want to make a big deal about it and let him know they are likely still going through the growing pains of opening and a busy Memorial Day weekend probably didn’t help.

For three tables with the same mistake, one table was given an odd laughter apology and that was it. Another table had multiple apologies from the server and a manager. Then the third table had an apology and gift certificates handed to them. HomeGrown handled similar situations three different ways.

There were no verbal complaints made to the staff and we just accepted it as a restaurant that still had a lot of work to do.

While most of us agreed that the food was good especially the meats, it’s not likely we would make a return visit to HomeGrown for a while until they figure out their processes. Seeing three mess-ups at three tables and spending over two hours there was a bit much for us.

If a restaurant wants to be a premium breakfast concept, they are going to need premium food and service to be deserving of that description. It took nearly an hour for me to get to and from HomeGrown in the Wichita traffic with construction. So for a travel time like that in town, a restaurant would have to really be good in both areas to warrant a drive like that.
There are certainly some things to work on for HomeGrown to make it. Whether they can build on the good foundation they have is yet to be determined. 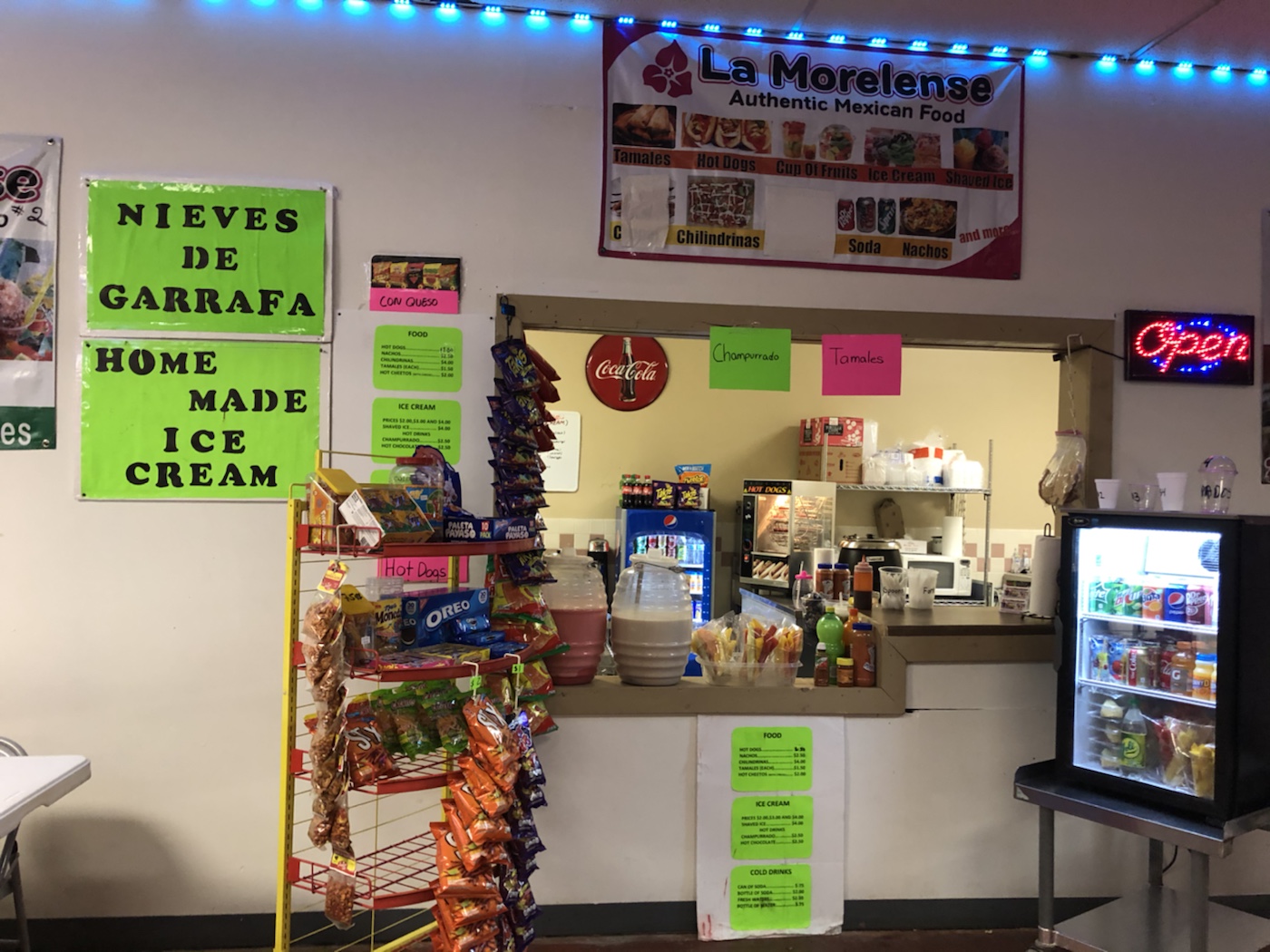 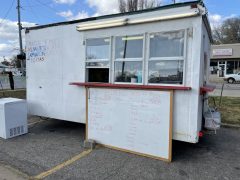 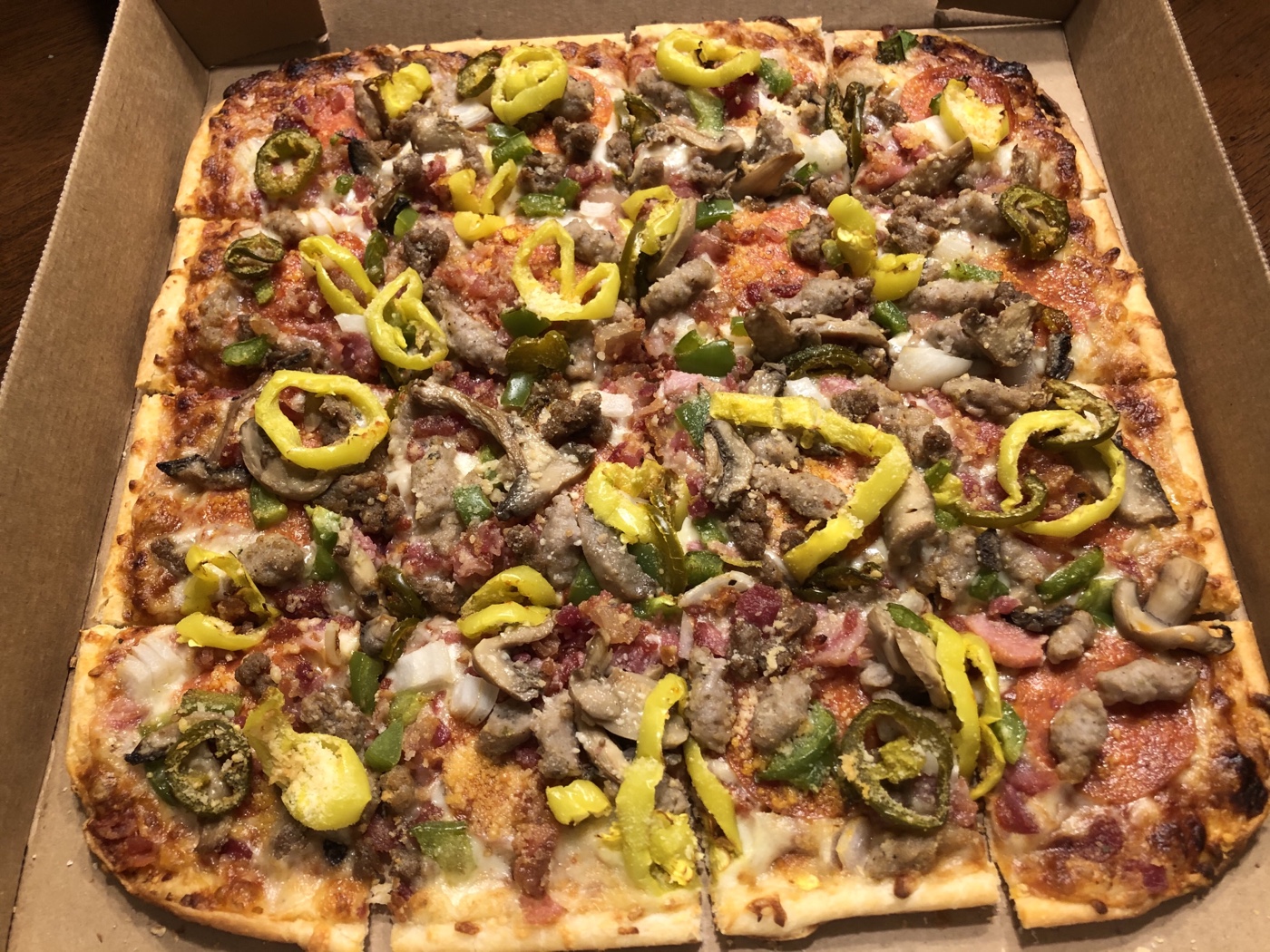 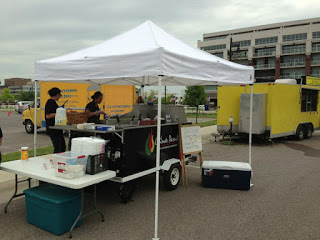 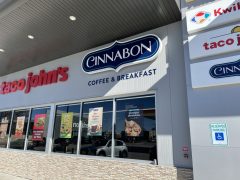