Throughout history, sequels have usually been unable to meet or surpass the original. The ones that do are far and few between but some do come to mind like The Godfather 2, Bad Boys 2, and Ken Griffey Jr.

Wichita has had it’s fair share of sequels. Just take a look at Century II Performing Arts and Convention Center, does anybody even remember Century I?

In the restaurant industry, Wichita has seen also had its sequels and there is another one to add to the list. With one location in Clifton Square, Ziggy’s Pizza went further east and have officially opened Ziggy’s Pizza East. 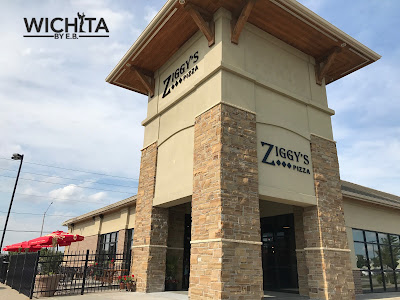 What you’ll find at Ziggy’s Pizza East is a different experience from Ziggy’s in Clifton Square. It’s more polished and modern so to speak than the homey ambiance of the original. The new Ziggy’s still has a character of it’s own. One of the first things my friends and I noticed is the open layout and the numerous TV’s lined up along the walls. We all really liked the feel of it. 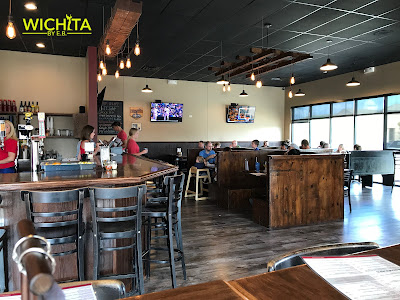 Then there’s the patio which sits along the west side of the building. It’s nice, spacious and a rarity for that area of town. You won’t find many patios that far east in Wichita. 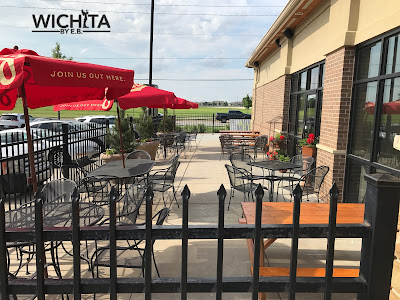 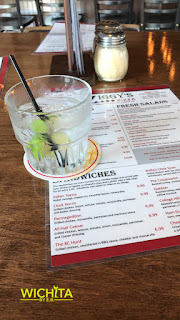 For those of you who have been to Ziggy’s before, the menu is the same. You have your mix of salads, sandwiches, wings and other appetizers along with a fully stocked bar. There’s an array of craft beers to choose from and all the liquors you need to select the perfect cocktail.

My friends and I stopped into Ziggy’s Pizza East for their opening to not so much review the place but more so to see if they were able to capture the same flavor we’ve come to love at the original Ziggy’s.

Having already been familiar with the entire menu, we decided to order a handful of different pizzas that are regular choices for us and then taste them all. Simple enough, right?

For our visit to Ziggy’s Pizza East, we went with the Ziggy’s Sampler which included pretzels, cheesy garlic bread and Ziggys bites. The Ziggy Bites are homemade pizza dough stuffed with cheese and pepperoni and served with warm marinara sauce.

Between six guys, these went by quickly. 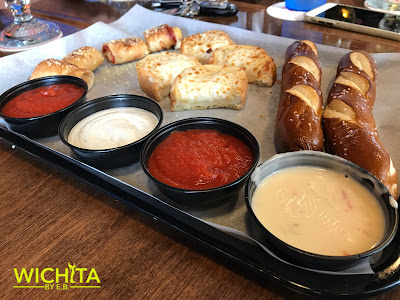 For our pizzas, we ordered the following:

Let me spoil something for you all. The food you’ve come to love at the original Ziggy’s was recreated at Ziggy’s Pizza East just the way you would like it. As a fan of the Classic Ziggy, you could have given me the same pizza from the College Hill location and Ziggy’s East and I would not have been able to tell the difference.

Between my friends and I, we usually do a rotation of Classic Ziggy, White Delight, the Taco Pizza, and Meat Me on our visits to Ziggy’s. Which pizza was gone the fastest though? It was the BBQ Chicken. For whatever reason, we rarely have ordered it and didn’t know why. That one will certainly make our rotation soon. A big thank you to our server too as we let her choose our fifth pizza and BBQ Chicken was her decision. Bonus points.

Ziggy’s is a family owned business started up by local people. There’s a show I watch called “The Profit” with Marcus Lemonis. One of the main themes of the show is Marcus helping out local businesses. He says the three keys to success are People, Product and Process.

It’s no secret that I do know many of the people at Ziggy’s from the owners to the cooks to the servers. They are all wonderful people. If they weren’t, I wouldn’t support the business.

The product is fantastic and delicious. Their 9×13 pizzas are just the right size to split with others. Except for our group, we ordered five pizzas for six guys and finished them all off. Our slogan: No Pizza Left Behind.

Then there’s the Process. It’s fine-tuned system that can only get better over time. Many servers from the College Hill location were brought over to help train the new servers.

Overall, it was a great dining experience for my friends and me. On the evening we went, they were already busy with patrons at every table. This makes for a great place to take your family, hang out with friends, relax on the patio, or wind down after a hard days work. Things look good for this sequel. If it maintains that way and Ziggy’s Pizza East does well, perhaps there’s a trilogy in the works with a Riverside location?

At the moment though, I’m told all the focus is on making sure both Ziggy’s locations are run at the standard people have come to expect.