If it’s one snack that is always available in my fridge, it’s pickles. Whether it’s bread & butter, kosher, sweet and spicy or whole dills, stackers, spears, or chips, I’ll have some iteration of pickles ready to go.

Recently, I heard there was a local guy who started a pickle truck. There was no doubt in my mind that I had to get my hands on those pickles and so I did which proves you can do anything if you put your mind to it. 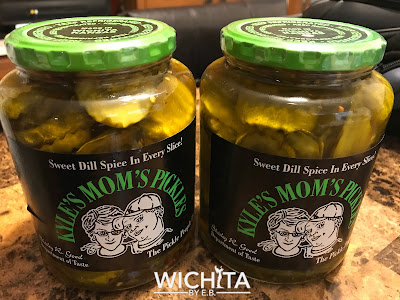 It started off as a guy who made pickles and shared them to people he knew. Eventually, he left his job to focus on selling pickles with his wife. Now they has a pickle truck to go along with it. 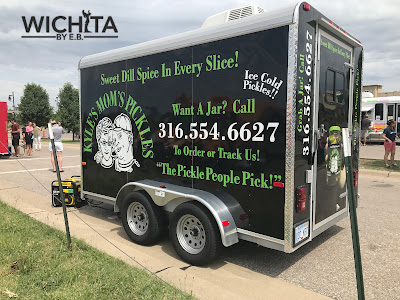 As of right now, they only sell two types of pickles. Both are sweet and spicy pickles but one of the jars is milder with less spices. A 32-ounce jar will run you $7 while a cup of pickles costs $3. Kyle’s Mom’s Pickles was at Food Truck at the Fountains so I swung by and picked up a jar of each.

I took them home and next thing I knew, there was half a jar left. I started eating them and couldn’t stop. 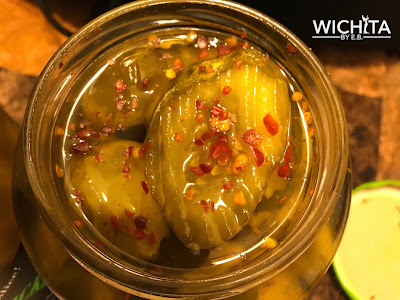 To be honest, I couldn’t tell much of a difference between the Sweet & Spicy pickles versus the milder ones. Maybe it was because I was eating them incredibly fast that the flavors mixed together. A couple days later, I brought the jars into work and they were gone soon after.

Everyone who tried them had their own pick of which they liked most. The one common opinion among all those who tried was “This is fantastic. Where did you get them again?”. There wasn’t one unhappy person. 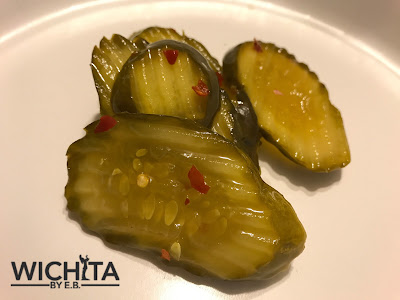 Once you’re done with the pickles, you are left with a great whiskey chaser. 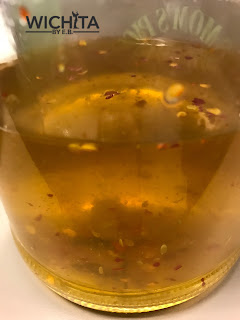 Kyle’s Mom’s Pickles said they may look into other flavors in the future but for now what they have going is perfect. I may have to look into buying a couple more jars for the summer BBQ season.

The one minor complaint I have is they have no social media presence. As they grow, it’s certainly something they may want to look into. Having that presence would allow them to interact more with their fans. (EDIT: They now have a Facebook page available here)

In the meantime, you can find them on their website at www.kylesmomspickles.com or call 316-554-6627 to get a recorded message with where they will be at.

Keep in mind, you can’t buy them on their website. The site just lists locations of where they will be at. They will also deliver if you order 10+ jars.

If you’re a fan of pickles, you will definitely want to give these a try. If nothing else, you’re supporting something local. I love them and will be buying more again in the very near future.