There’s no way around it, the weather is brutal right now. With the temperature in the 90’s and sometimes hitting 100, I prefer to stay indoors than leave the house. My nieces on the other hand love to get out and cool themselves down with cold treats.

To quote one of my role models, Forrest Gump, “I may not be a smart man but I know what love is.”

And for me, love is leaving my comfort zone at home, stepping into in this heatwave and taking my nieces out for shaved ice. And that brings us to Ice Caps, the latest subject at Wichita By E.B. 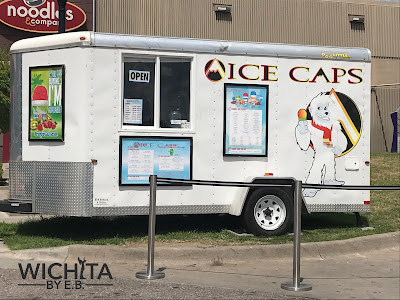 Ice Caps is literally right in front of the Noodles and Co. on the east side of the mall facing Rock Road.

When we arrived, the girls took a long glance at their menu which featured many of the popular flavors found at other shaved ice stands in town.

The very first thing I noticed about Ice Caps Shave Ice were the prices. The small, medium and large prices were $2.75, $3.25, and $3.75 which were higher than many of the other stands we’ve been to.

While we were chatting with the people in the truck, we were assured it’d be worth it.

At Ice Caps, they offer Hawaiian Style for 75 cents which is cream on top and ice cream on bottom of your snow cone.

I ended up going with the Hawaiian Rainbow off of the specialty menu, Hawaiian style while the girls went with basic snow cones with flavors of Cotton Candy and Birthday Cake. 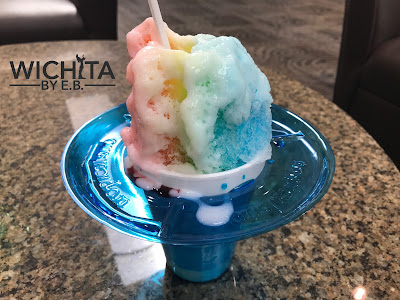 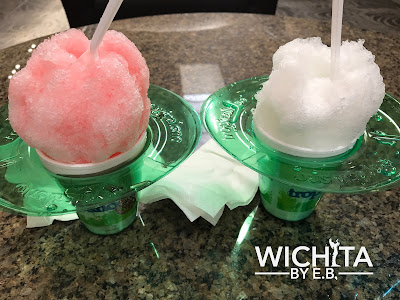 We took them inside the mall where it was much cooler.

There were three qualities to Ice Caps that we all loved.

1.) A small really isn’t a small. If you look at the pictures, they don’t only fill up the cups, they nearly double the amount of ice you get. You’re essentially getting two smalls for the price of one. We looked back at pictures of other snow cones we’ve had around town and nobody came close to loading as much shaved ice as Ice Caps.

2.) The spill stoppers were a life saver. My nieces eat at the pace of turtles, not the teenage mutant kind either. Oh… and they are messy. So having the spill stoppers saved me from having to go grab additional napkins from melted ice running down the side of the cups and all over their hands.

3.) Ice Caps had the softest shaved ice we have ever tried. Had we been blindfolded, we could have made the assumption we were eating soft serve ice cream. That’s how soft it was.

Once you mix those three qualities and throw in the fact that the flavors were top notch, the girls found themselves a new favorite shaved ice stand in town.

After refusing to order their snow cones Hawaiian style, they tried mine and of course finished it. I wasn’t surprised. They also finished theirs making for a quick sugar high that hit right as I dropped them each off at their parents.

When I take the girls out for food they don’t comment much on foods but they fancy themselves as the definite snow cone subject matter experts in the city. Both girls ran home and boasted about how it was their new favorite. They noted the Birthday Cake and Cotton Candy didn’t taste like any other place in town but was awesome. Their favorite though was my Hawaiian Style Hawaiian Rainbow.

Similar some other places, they also offer punch cards for frequent visitors. Nine punches will earn you a free Snow Cone.

Don’t be shocked by the prices if you’re a frequent snow cone purchaser. The extra dollar or so you spend is worth it. Plus the people working the stand were incredibly friendly.

We look forward to returning soon as it’s not too far from home.  If you’re a big fan of cool desserts, give this one a try. The girls think you’ll be pleasantly surprised. 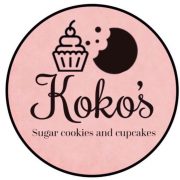 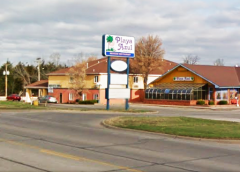 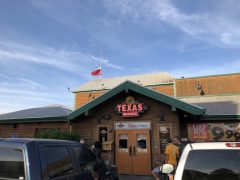 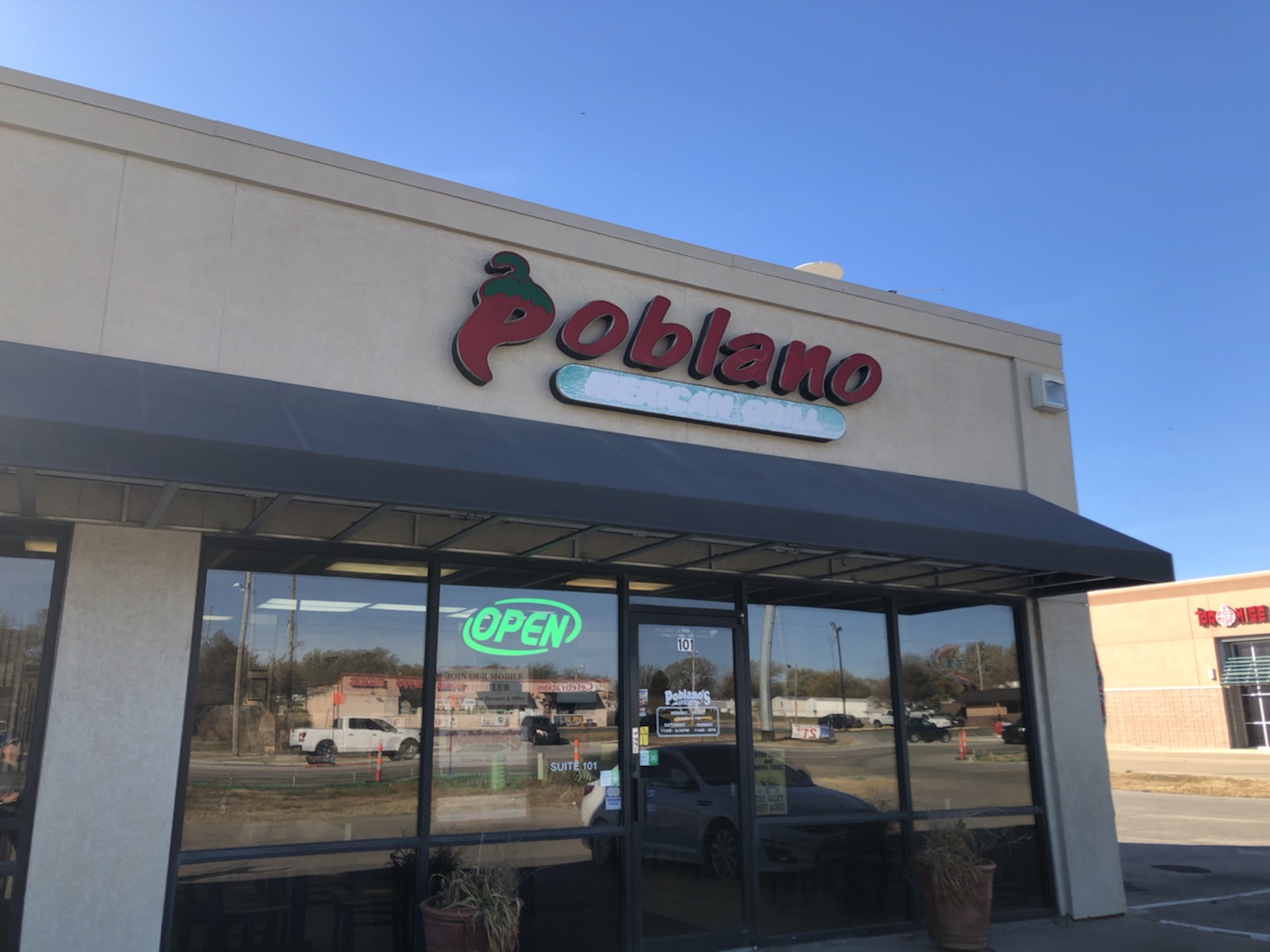 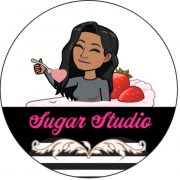