My friends and co-workers, mostly on the male side, have this strong affection for weird foods that sound grease, are likely unhealthy but interesting enough to strike curiosity.

Taco Bell was aiming our demographic when they released their newest creation: the Naked Egg Taco. 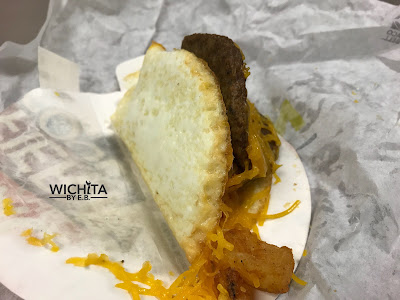 After successfully releasing the Naked Chicken Chalupa that received rave reviews, Taco Bell decided to release something else in taco form. This time it was a solid firm yet extremely greasy fried egg that acts as the taco shell. It’s stuffed with cheese, cheese sauce, potatoes, and either sausage or bacon inside. 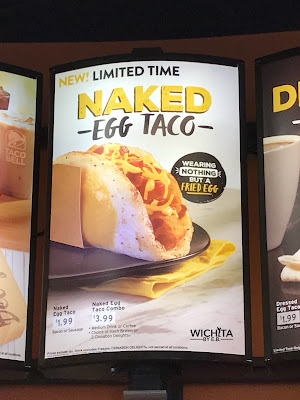 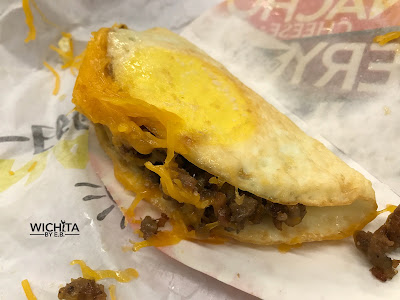 At $1.99 a piece, you get a different style of breakfast taco you’ve probably never had before. The portion size of breakfast filler is more than you would get from a regular breakfast taco from Taco Bell. There’s a ton more egg considering the egg is the actual shell.

A few of us tried it and by all accounts, we thought it was fantastic. It’s what the college version of us would likely have eaten for breakfast, lunch and dinner everyday outside of the ramen. There’s one major issue with it though. It’s the grease. When you combined a greasy fried egg with greasy bacon or sausage, it’s a gut bomb in the making. But….. that didn’t stop us from eating it. By the time you’re done, your fingers and insides will be coated with grease.

There’s the DRESSED egg taco. If you’re offended by nudity or it isn’t your thing, you can dress your naked egg taco with a flatbread at the same price of $1.99. 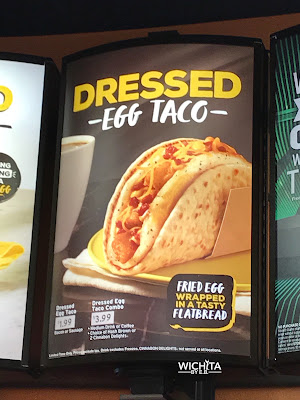 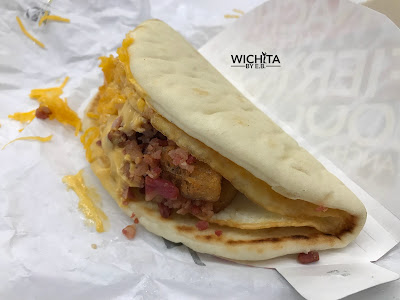 It’s the exact same naked egg taco but with a flatbread around it. The biggest benefit of the dressed egg taco is the prevention of greasy fingers. The reviews were mixed on whether it was actually better in taste though. It all depends on if you like flatbread or not. I could honestly have it both ways.

We know this Naked Egg Taco isn’t for everybody but if you’re a fan of crazy fusion foods that your doctor wouldn’t recommend, give it a try. We are such suckers for things like this.

What’s next? A taco wrapped in packets of taco bell sauce?