TsunamiCon is here! It’s a Wichita’s big three day tabletop gaming convention. If you have an inner-nerd like myself, this is the place for you. They have tabletop gaming, board games, tournaments, and if you’re feeling really adventurous, LARP’ing and cosplay.

Personally I came strictly for the games. I’m an avid board gamer and have come to immerse myself in the world of Euro games and the rest of the strategic games the industry has to offer. 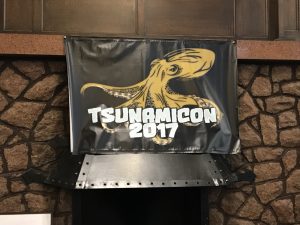 You can get all the information on this convention at http://www.tsunamicon.org. Or you can check out their Facebook page.

The team over at TsunamiCom have given me a press pass to Live Blog my weekend at the Scottish Rite Center. Check back periodically to see what I’m doing

12:45pm – I checked in and grabbed my media pass/badge and looks as though people are getting ready to play some games soon.

There are literally hundreds of games here for people to choose from. I’m in nerd heaven. 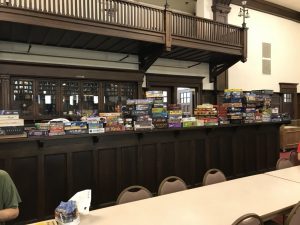 1pm – If you don’t want to pick your own game, there were many tables on hand with “gamemasters” on hand who showed you how to play games so I just went to a random open table. 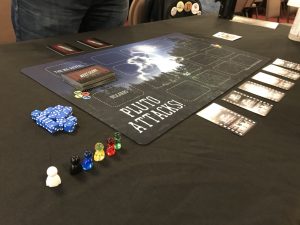 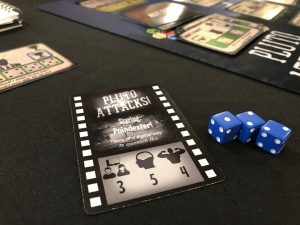 3pm – next up is Crew For Hire! This is a game a game inventor and his team are working on. It’s not completed yet and supposed to be out Fall of 2018. This was a very interesting game that showed lots of promise. Once again, I lost. 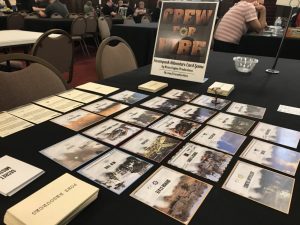 5pm – At this time I just walked around and took everything in. I was wowed that there was a game all about Bob Ross. I didn’t play it but watched some guys play. I think the goal of the game is to complete a picture before Bob Ross does. Any game with Bob Ross as the main character is good by my standard. 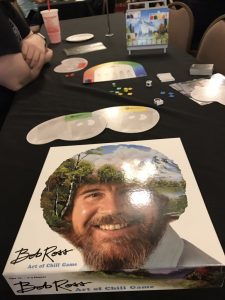 6pm – Comedy rock star, Mikey Mason, took the stage so I decided to go check that out. According to the bio, Mikey’s geek convention material is all focused on his hobbies and passions: sci-fi, fantasy, comic books, role-playing games, video games, cartoons, whatever. It was interesting and the crowd loved him. 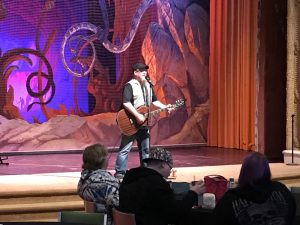 7pm – A gentleman dressed up in a cloak and horns was hosting a game called “Bridge of Death Trivia”. Wasn’t exactly sure what the point of this was so I moved on to the next game. 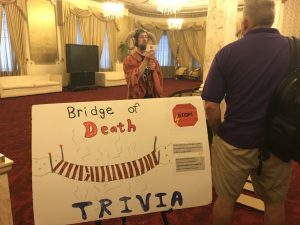 7:30pm – I signed up to play a game called Dungeon of Death. It is a fantasy based role playing game. I’ve played a lot of games in my time but this game was way over my head. I sort of just sat there and let people tell me what to do. It was this time I needed a drink. 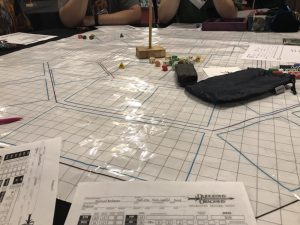 8pm – Hey look who’s here! Bar On Demand was there to sling out some drinks. 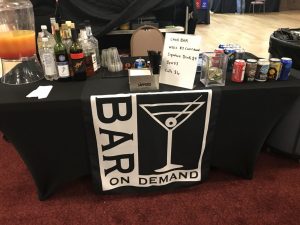 After this I played a couple quick games with folks and walked around. I was out of the door by 10pm and ready for day two.  See you all bright and early tomorrow morning.

(You can check out Day Two here)