The newest craft brewery, restaurant and coffee shop is about ready to open their doors to the city of Wichita. Beer fans can finally get excited as the grand opening date of November 18 is just around the corner.

It’s been a long time coming for Augustino Brewing Company but good things come to those who wait and the west side of Wichita certainly has a good thing coming their way. 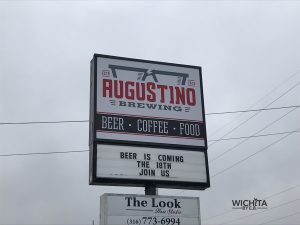 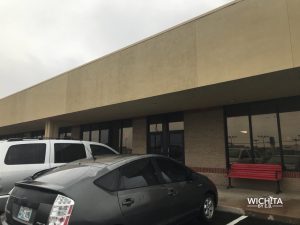 Augustino Brewing Company is located in the former Kabab’s space at Central and Tyler. The new brewery is large inside with plenty of seating for diners at for those who just want to sit in the bar area. 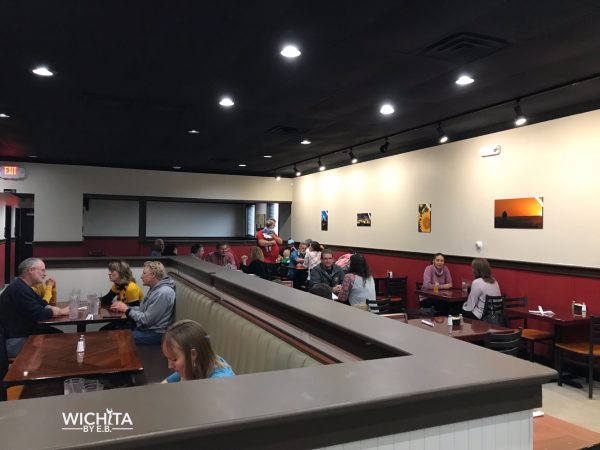 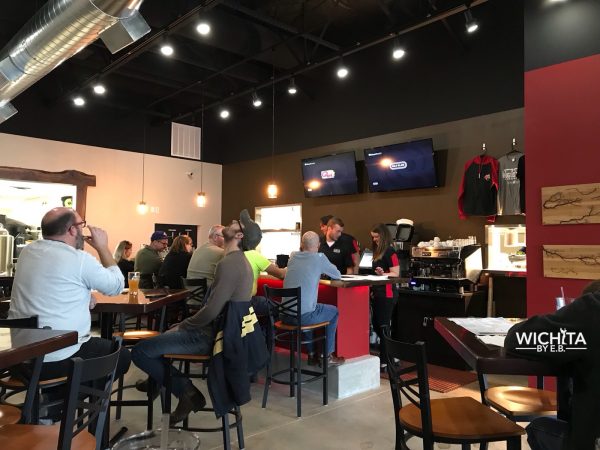 My friends and I had the chance to stop by their dress rehearsal this past weekend to get a quick peak at what Augustino has to offer and were very pleased with the food, beer and ambiance. 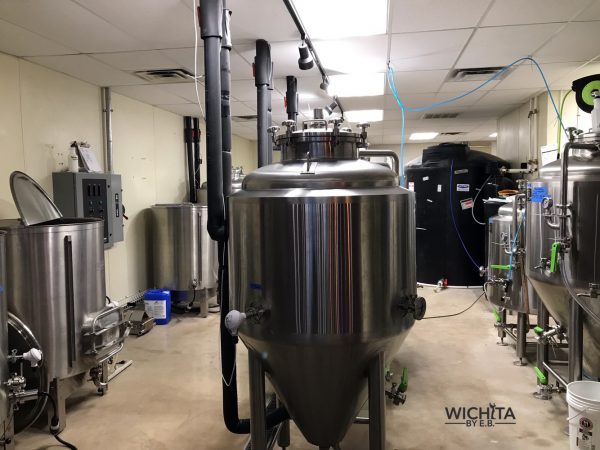 That afternoon they had two of their own beers available: Ebenen Wiesse (a wheat beer) and Bad Squirrel (brown ale). While I’ll be the first to admit I’m not the most knowledgeable on craft beers, I brought some friends who certainly were. They really liked the Bad Squirrel and that’s coming from one guy who strictly drinks IPA’s and isn’t a brown ale fan. The Ebenen Wiesse was described as a Boulevard Wheat with much more flavor; something any casual drinker would enjoy.

If beer isn’t your thing, they have wine, coffee and a fully stocked bar on hand as well. 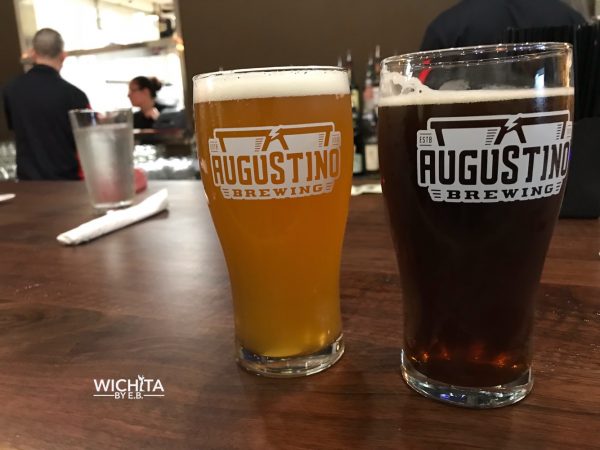 Then there is the food which I was more than glad to partake in. The menu (found at the end of this blog) consisted of soups, salads, burgers, sandwiches, appetizers and pastas and other entrees. For our starter, we went with the brisket nachos which we were told were the most popular.

One of my friends said, “These are some of the best nachos I’ve ever had.” It consisted of freshly fried tortilla chips, smoked brisket, black beans, pico, cilantro, cheddar/Monterrey blend, brewmaster’s fondue, BBQ sauce, and their IPA sour cream, green onions and fire roasted salsa. Seriously, you cannot go wrong with this. The fire roasted salsa included with the nachos is something I would buy jars of. 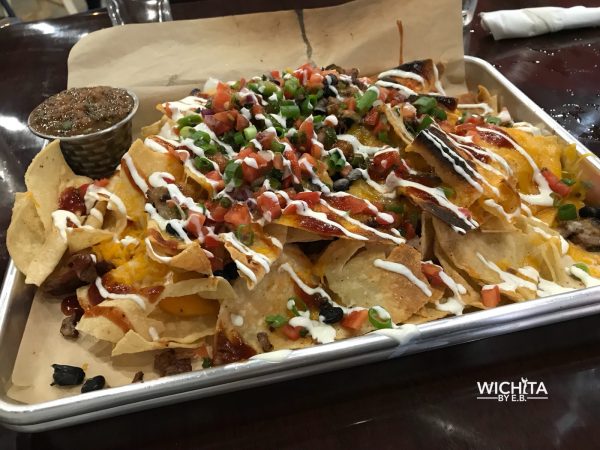 For our main course, we ordered the house burger with truffle fries, “My Main Man” reuben, and their “Fall Off the Bones” ribs.

We were all incredibly pleased with everything. We cut all of our entrees up in three and shared them so everyone had a little taste of everything. The burger was incredibly juicy and delicious. Even cut up three ways, it was nearly filling; the patty was that big. The truffle fries were excellent as well. We were so full by the time we started on the fries but couldn’t stop. We are the type of guys where you put food in front of us, it will be eaten regardless of the time of day or how full we are.

The reuben was also a unique as I can’t recall another restaurant in town that smokes their pastrami to the point where there is a lot of char on it. As you can guess, it had a smokey bite to it. While the pastrami was a bit chewy, it still had a nice flavor and wasn’t overly soggy like some reubens can be.

Then the ribs were just as advertised as the meat really just fell off the bones and wasn’t dry at all. 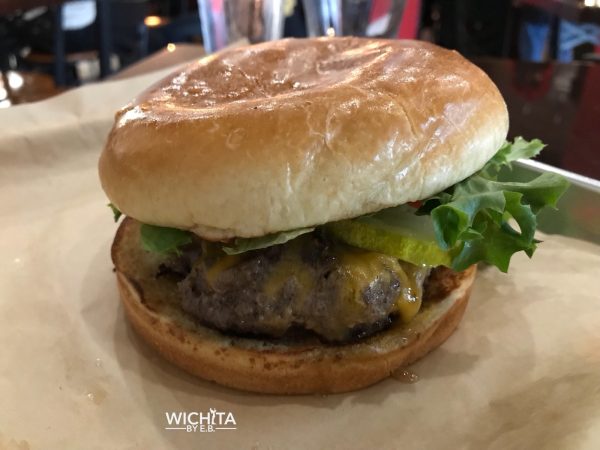 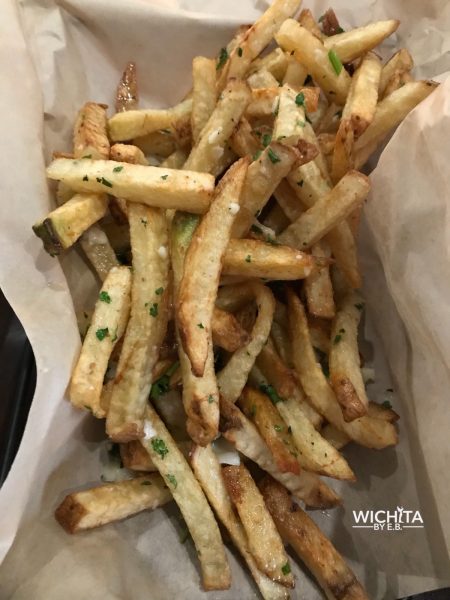 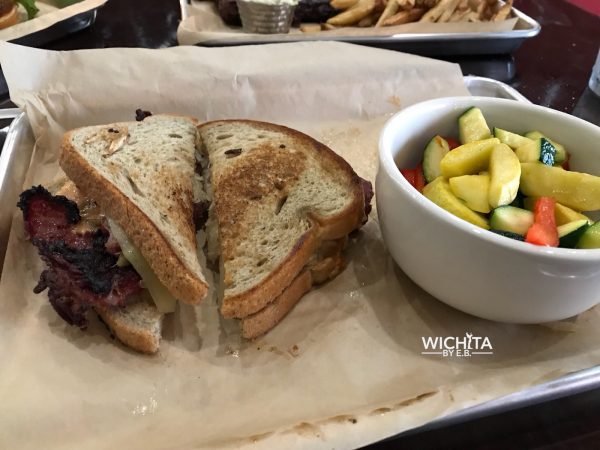 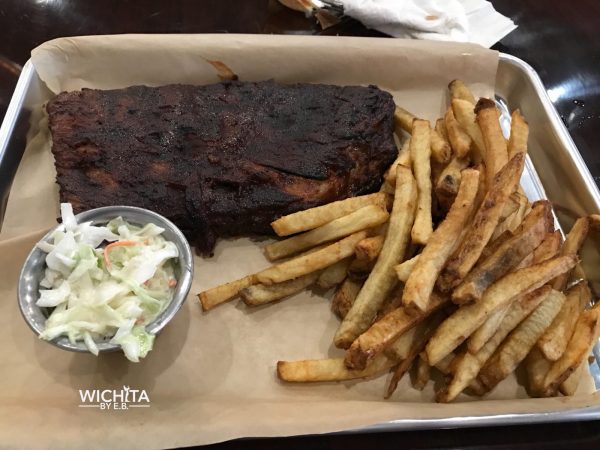 Compared to most other craft breweries and bars around town, their food was much better than expected. The future looks bright for Augustino Brewing Company especially since they have found an area that is void of what they offer. The west side of Wichita is very lucky to have this new addition. I’m sure we will be back to see the progress after they open.

Their official grand opening is November 18 at 9am. You can get more information on it by checking out their Facebook Event on it. 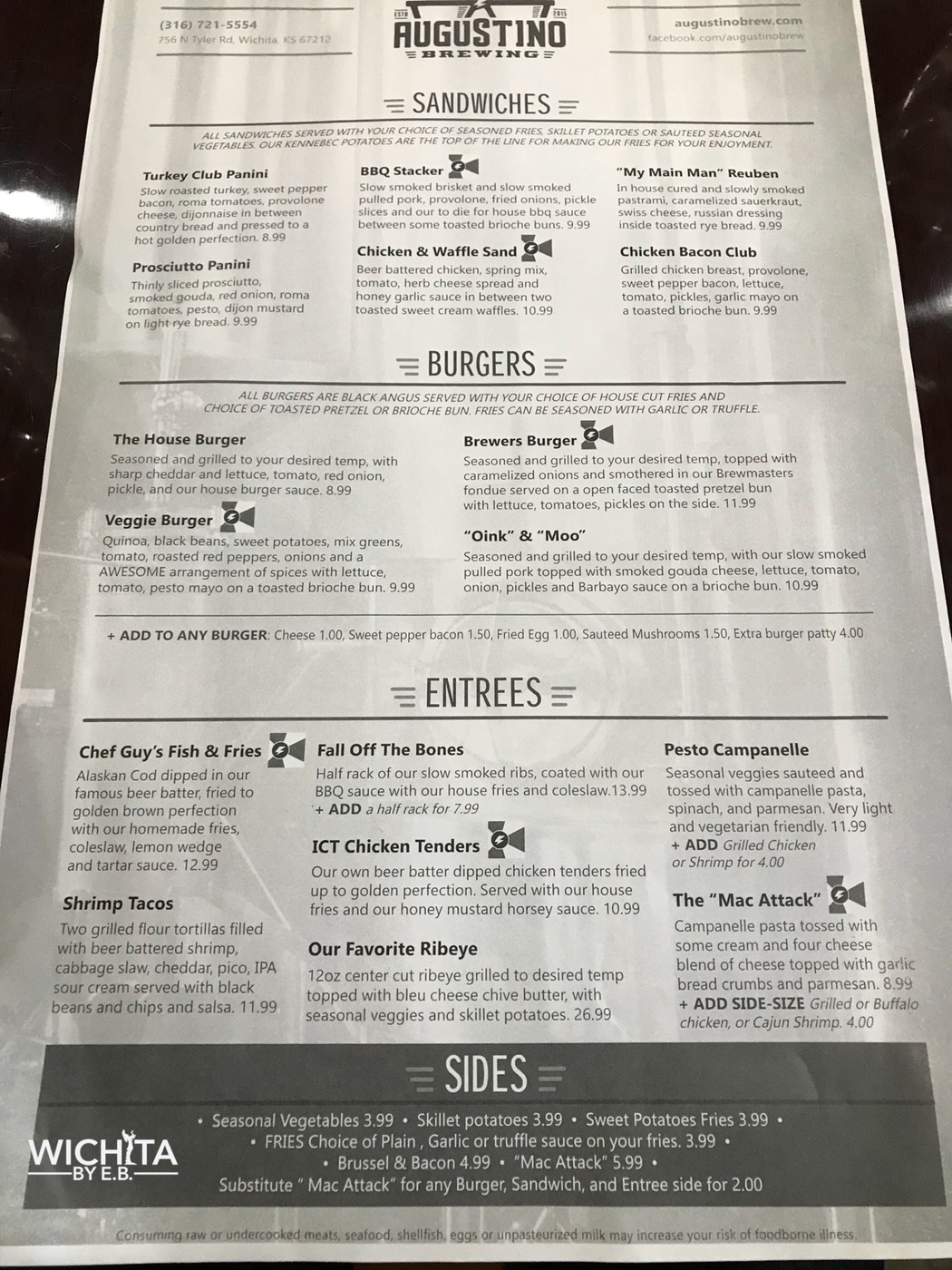 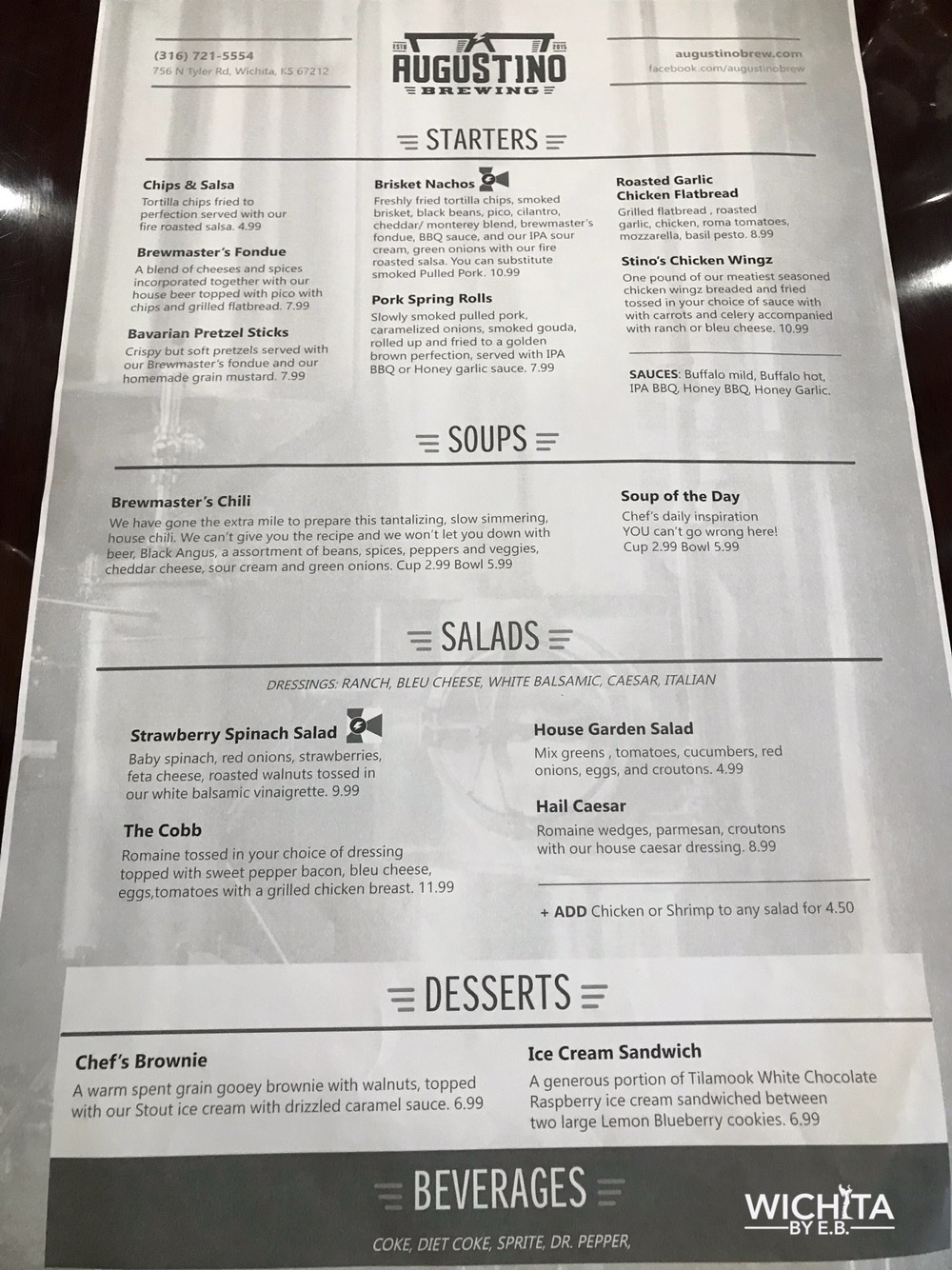