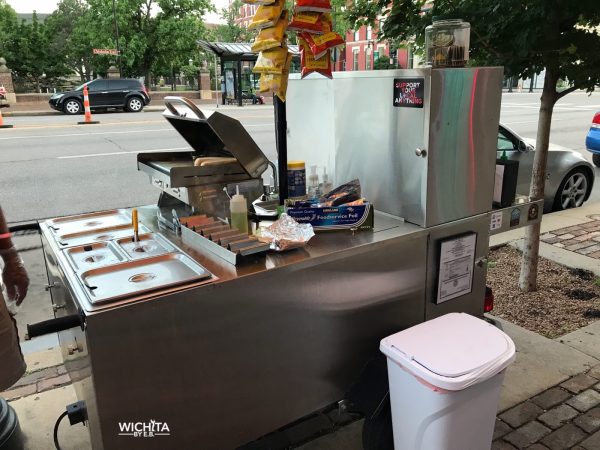 I’m not a vegan but that also won’t stop me from trying something different if it’s delicious. Late last year, it was announced that a gourmet vegan hot dog cart called Wheat Street Dogs would be arriving in Wichita in the spring of 2018. A meat free hot dog? It raised a lot of eyebrows but I reserved judgment and awaited their arrival so I could try it out for myself.

100% of tips goes to Friends of Felines KS, Wichita Animal Action League and Beauties and Beasts 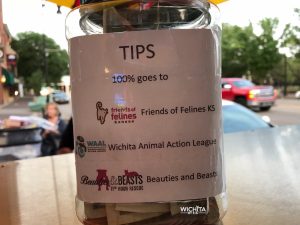 For starters, it’s really cool that they donate all their tips to a good cause. That alone gave them some brownie points in my book.

I finally had a chance to stop by over the weekend with a friend of mine. The both of us have never had meat free hot dogs before so this was completely new to us. At Wheat Street Dogs, they use their own unique recipes to make handcrafted meat free hot dogs and then serve them in creative combinations. You can find their menu here. On the Sunday of my visit, this was the menu on hand: 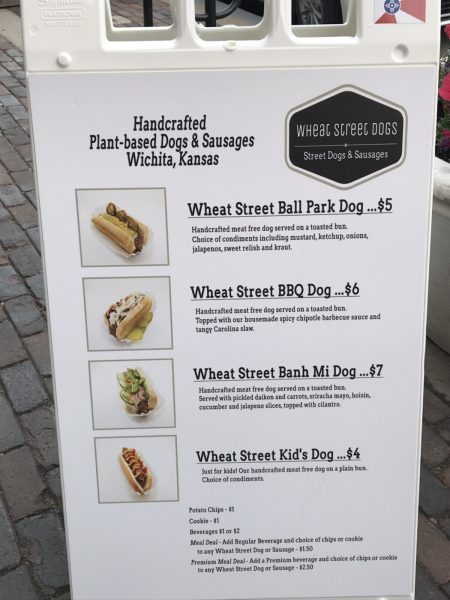 My friend ordered their regular ball park dog while I went with the BBQ Dog and the Bahn Mi Dog. Seriously, how can you not order a Banh Mi Dog if it’s on the menu? 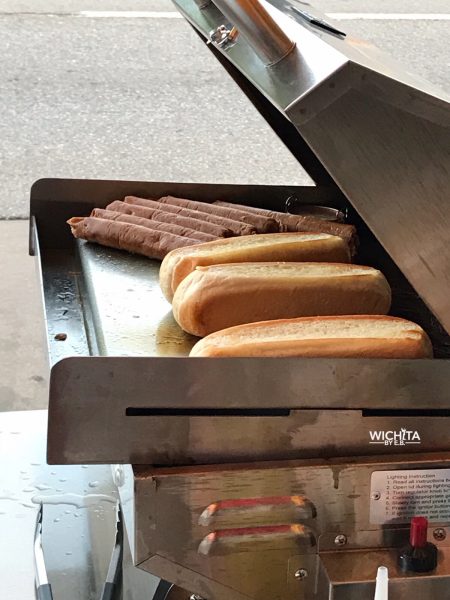 The hot dogs did not take long at all…..maybe 3-5 minutes for everything to be done. They also have vegan chips available for a dollar so I went ahead and ordered those as well. 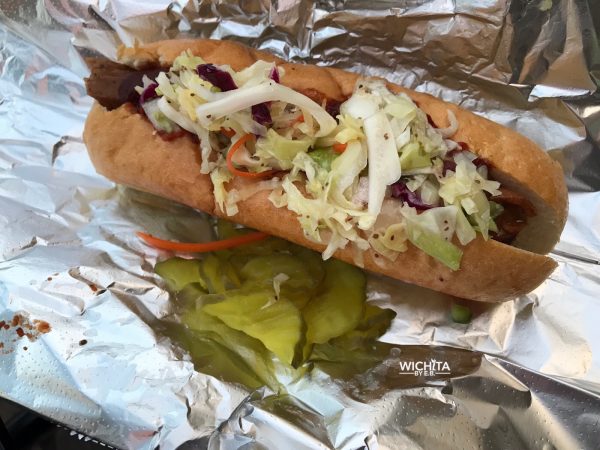 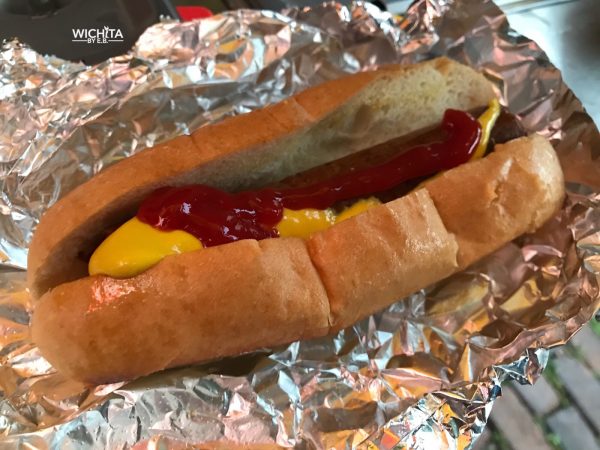 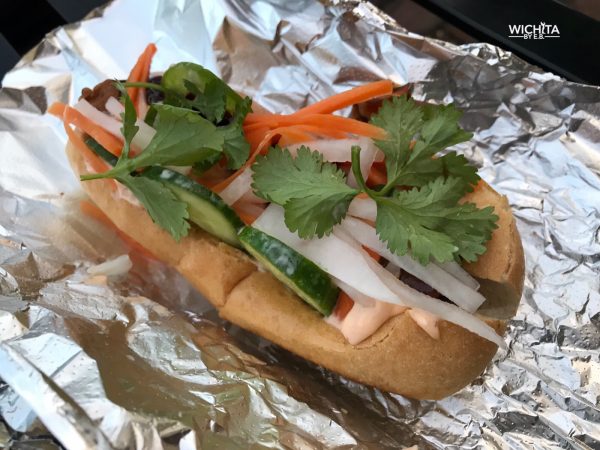 So the question everybody is probably asking, “How are the actual hot dogs?”

You definitely know it’s not a regular hot dog you’re eating. The texture is much softer. Many of you may not be familiar with it but the texture reminded me of Chả lụa which is a Vietnamese sausage that’s commonly used in Bahn Mi’s. As mentioned earlier, it was soft but didn’t have a chewy cardboard taste that’s sometimes commonly used in describing veggie hot dogs.

Since I had the Banh Mi and the BBQ dogs, I didn’t recognize much of a difference in taste. The spicy chipotle barbecue sauce was the feature flavor in the BBQ dog while the sriracha mayo, hoisin, pickled daikon and jalapeno slices really stood out the most in the Banh Mi dog. What shocked me the most was I REALLY LOVED the Banh Mi dogs. For Banh Mi’s, you can put any type of meat in a sandwich so it worked well for Wheat Street Dogs since they were able to nail down the right toppings with the hot dog.

The BBQ dog was also a splended surprise as the tangy Carolina slaw and spicy chipotle barbecue sauce were the perfect compliments to the meatless hot dog. Part of me wishes I ordered a regular Ball Park dog just to see what it tasted like without any toppings but left that up to my friend to see what he thought. His favorite part about the hot dog was the butter toasted bun that provided a nice crunch but didn’t fall apart. As for the actual hot dog, he was ok with the texture but the flavor just wasn’t for him. He said he preferred a regular hot dog but could see how others would like it.

As for the Utz vegan potato chips, they tasted just like Lay’s BBQ chips. Two thumbs up for me. 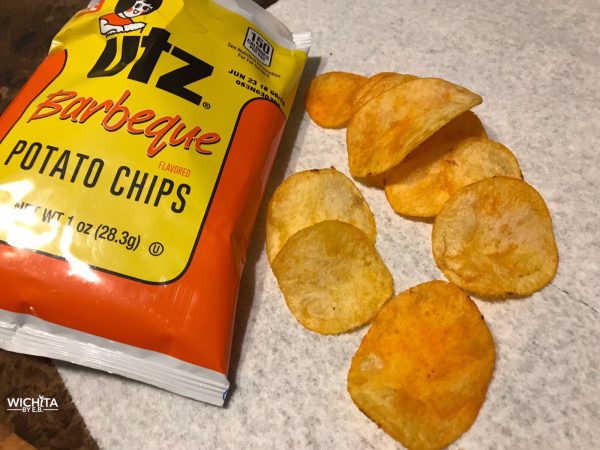 Going into this review, I was concerned that I would hate their hot dogs and then feel bad about having to write a crappy review; such was not the case. While not for everybody, I personally found their creative creations to be surprisingly delicious and would try them again in a heartbeat. There are other items I’d love to try out on their menu like the Coney Island Dog. Those people who are Vegan or health conscious, you’ll seriously want to give Wheat Street Dogs a chance.