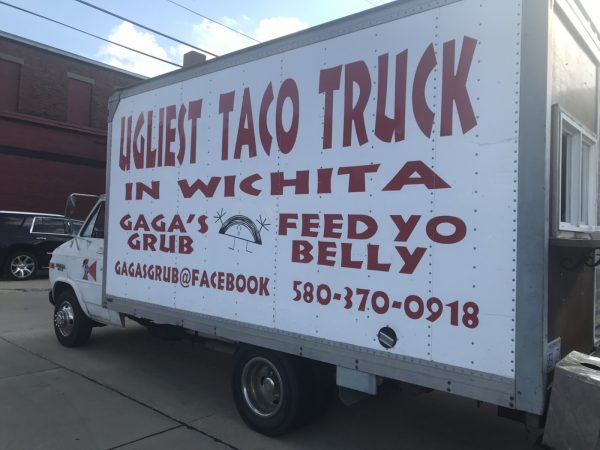 The self-proclaimed “Ugliest Taco Truck in Wichita” has been on the scene for quite some time. This is actually one of the food trucks I’m asked about quite often. Even after reviewing them years ago, people are still curious as to what this truck is all about. I figured now was a good a time as any to revisit Gaga’s Grub. .

Gaga’s Grub’s taco truck is a pretty simple concept. It’s build your own tacos and nachos.

Then you get your choice of condiments: pico, cilantro & onions, jack cheese, fresh/minced jalapenos.

After that, there are twelve creatively created sauces to choose from. 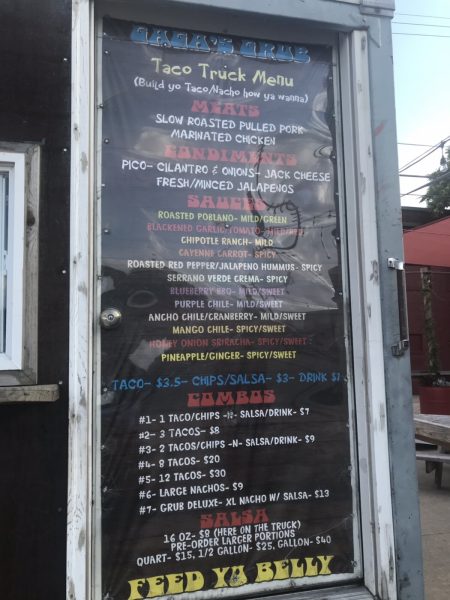 Some colleagues and I were out at AeroPlains Brewing a couple of weeks ago which just happened to coincide with Gaga’s Grub being on site. We ordered their 8 taco platter and the XL Nacho with salsa. It took no time for our order to be ready despite all the customers lined up that evening. Gaga’s Grub is a one man operation which made it that much more impressive.

We went with a mix of the pork and chicken tacos. I asked Dustin who runs the truck to just surprise us with different sauces. This was my colleagues first time ever trying Gaga’s Grub and they loved every second of it. For most people, they said that one taco was more than plenty given the monstrosity of it; it was almost like eating three tacos in one. Everyone also had fun using a spoon and dabbing a little bit of each sauce to see what each one tasted like. Sometimes sauces will take the entire focus away from the tacos but at Gaga’s, it elevates the whole experience. For those wondering, they sell 16 oz jars of each sauce which is very tempting.

The nachos were easily split among eight people. The smattering of toppings made it a sight to behold. It gave a whole new meaning to the term “loaded nachos”. Everything tasted so fresh and delicious. 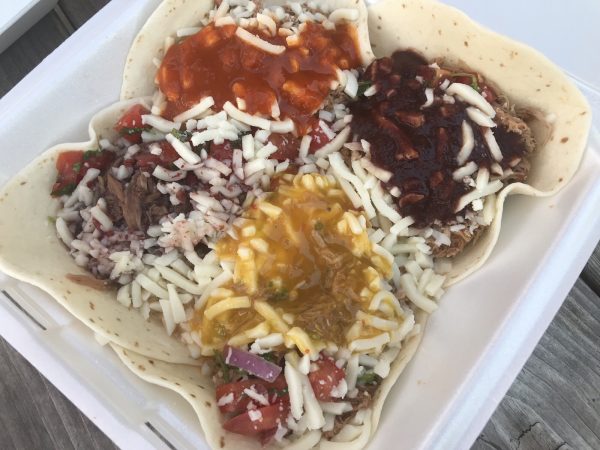 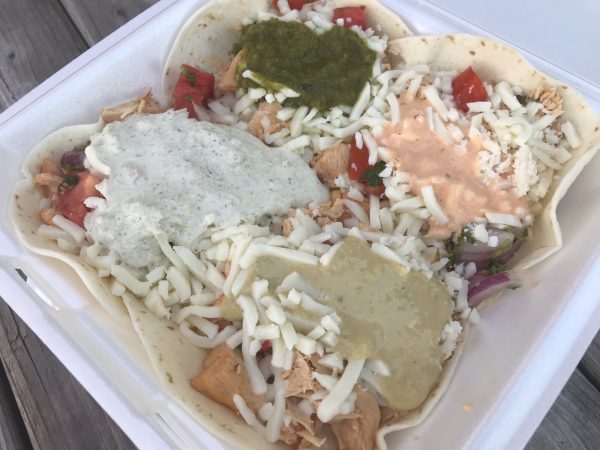 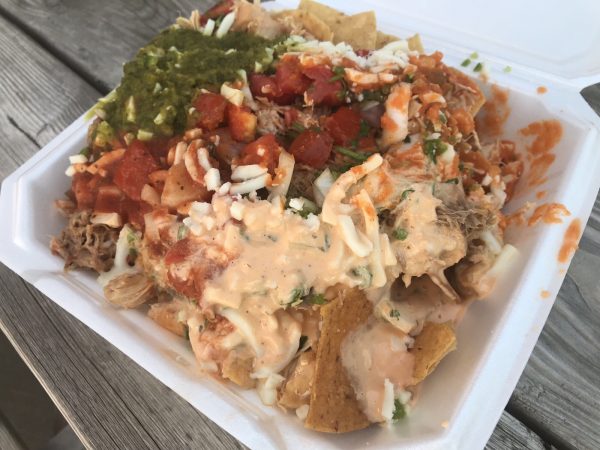 Upon finishing everything, my colleagues were all impressed with Gaga’s Grub and commented how happy they were to have tried it for their first time. I’m so glad they did not disappoint because I hate introducing people to food they don’t like.

One new thing Gaga’s Grub is now doing is called P.M. Sessions at the Canvas. They are multi-course blind menu dinners for parties of 6-12. It’s also BYOB so you can bring your own drinks. Eight course dinners start at $50 per person. For more information, check out Gaga’s Grub on Facebook or email [email protected]. 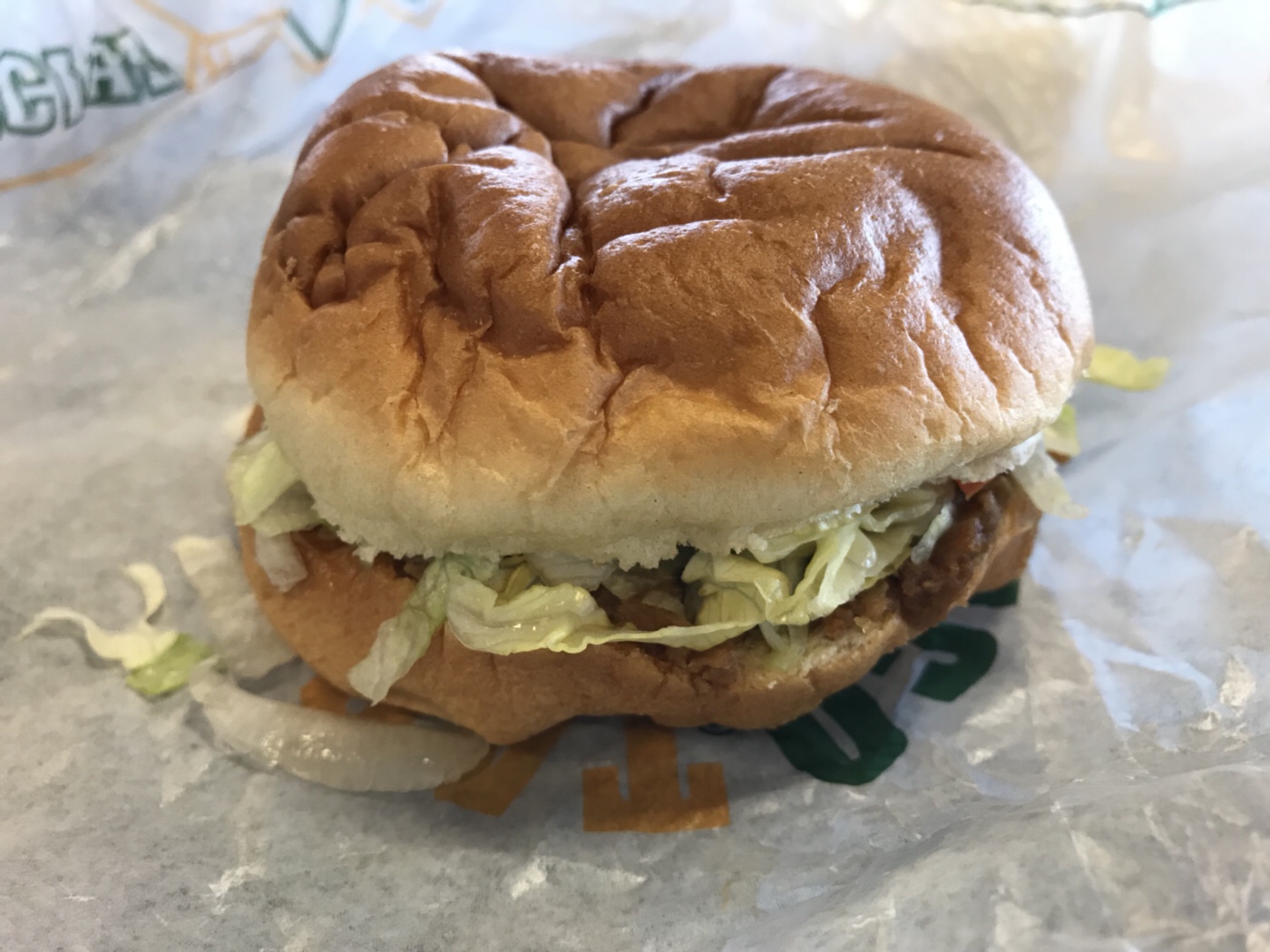 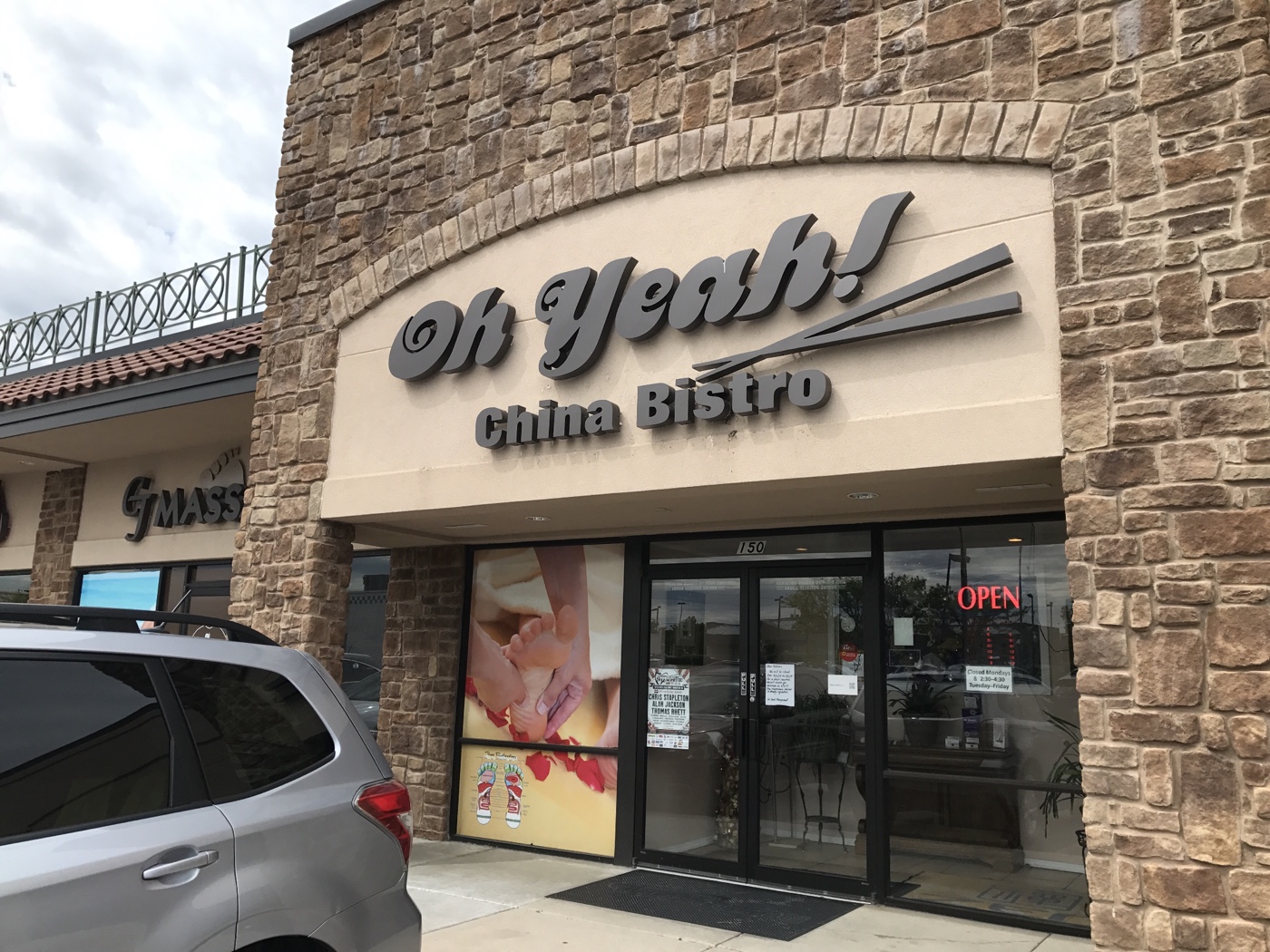 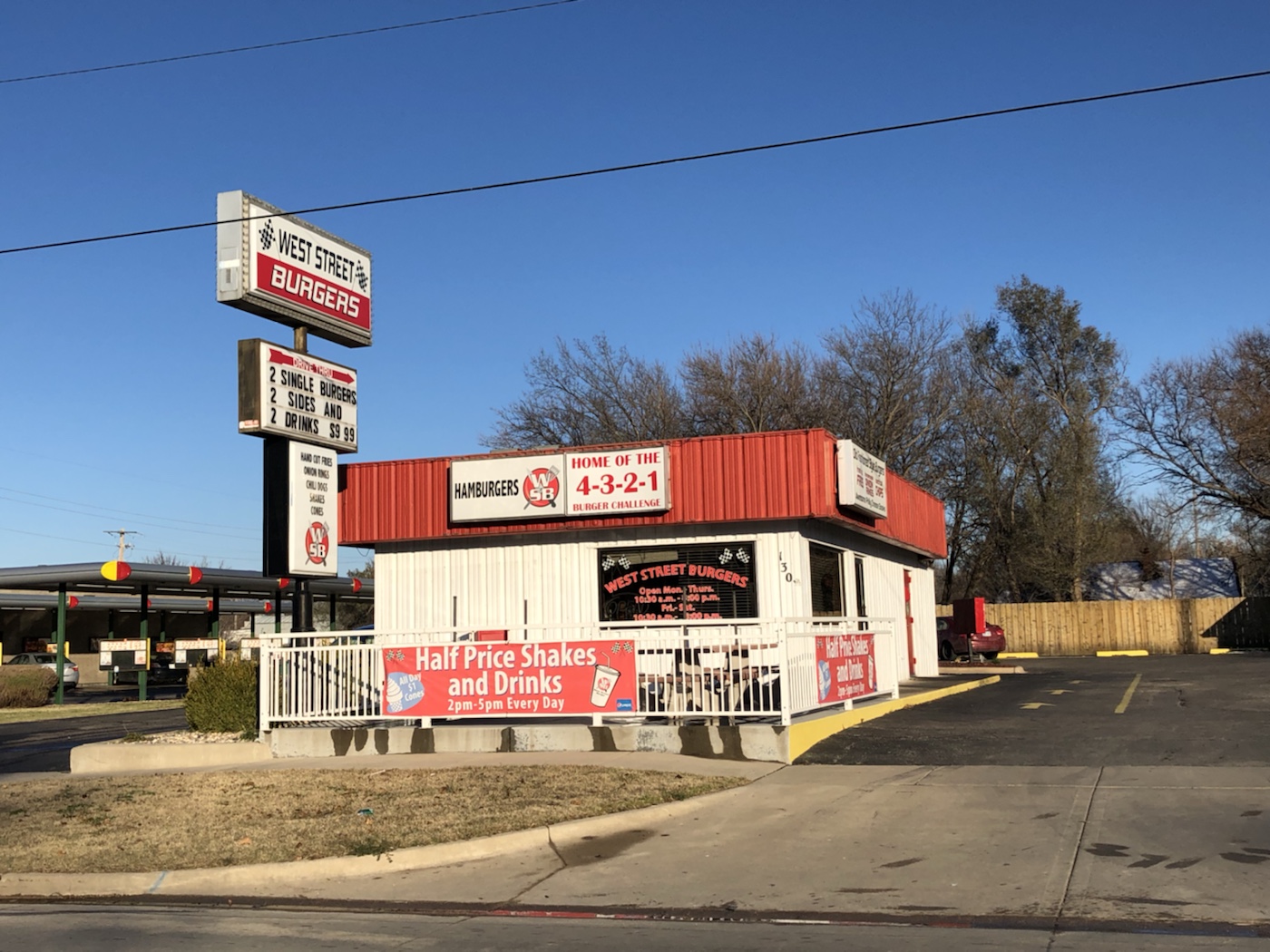 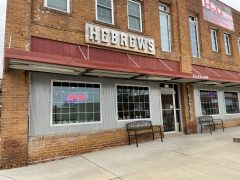 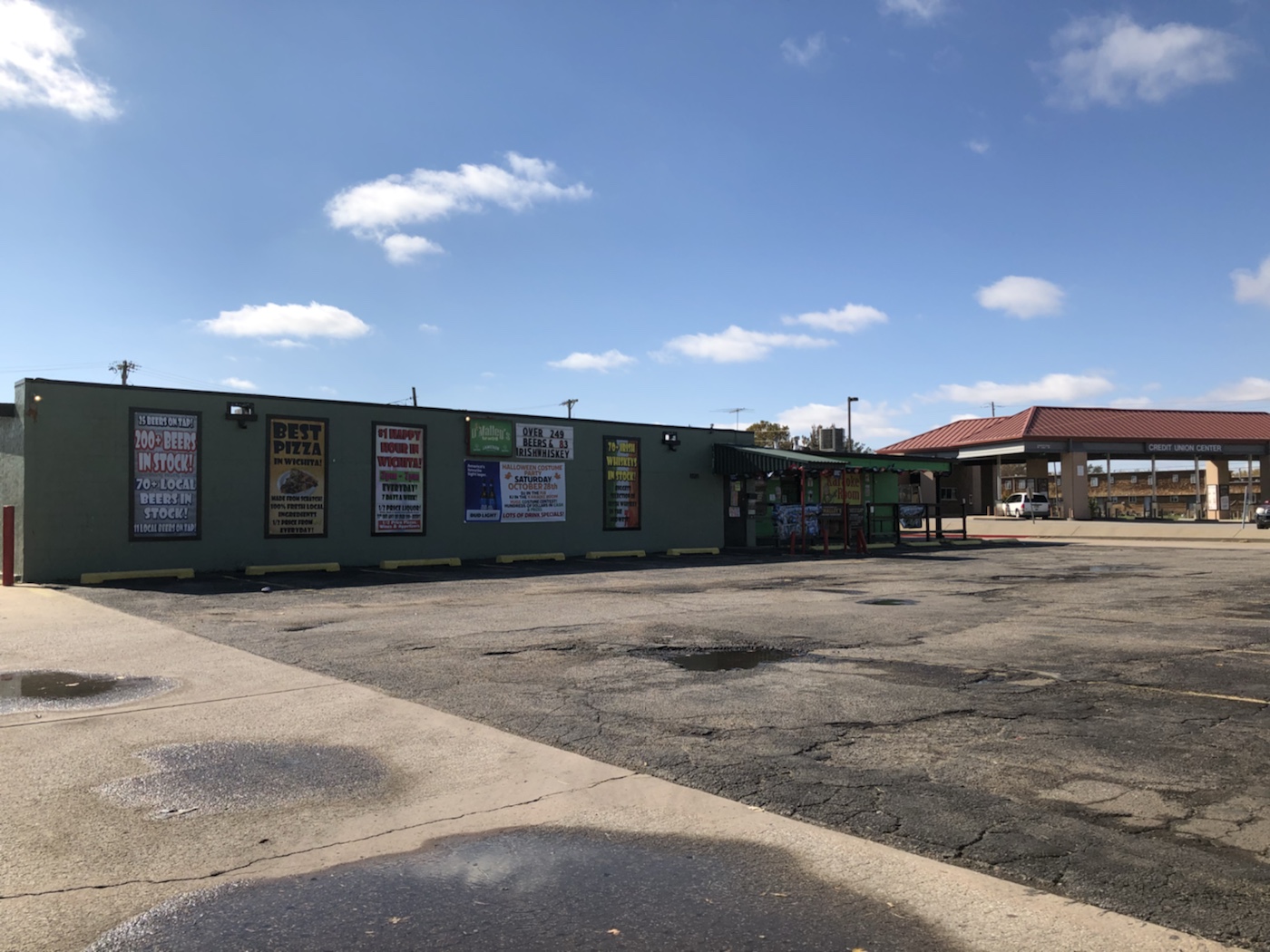