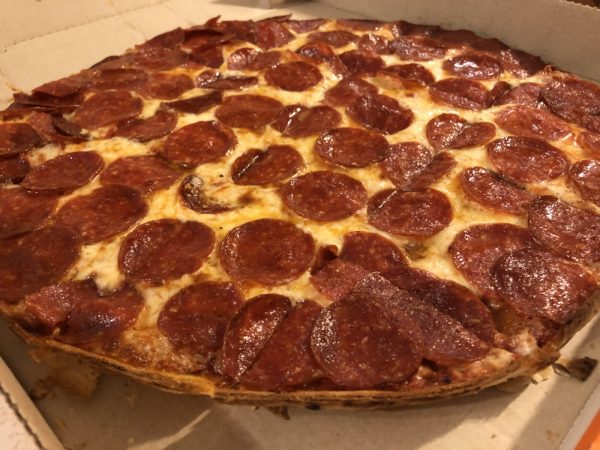 When it comes to cheap pizza, my friends and I often times settle for Little Caesars. We are huge suckers for their crazy bread. In the past week, they released a a new thin crust pepperoni pizza. It’s advertised as a “crispy, flaky, thin crust” and offers the same amount of pepperoni as their ExtraMostBestest line.

I read that Little Caesars has never ever released a thin crust pizza in 60 years of business, not like this at least. It’s about time because thin crust is my favorite style when trying the national brands. At just $6 , it was hard for me to pass up on this deal. The Little Caesars is much different than the chains like Pizza Hut, Domino’s and Papa Johns. When they say thin, they really mean it.

Someone compared the bread to a lightly toasted lavash and that’s pretty spot on. There wasn’t as much cheese on there which kept it from getting soggy. It was crispy and of course as you can see below, thin.

Pepperoni’s engulfed the pizza from edge to edge. This was worth the extra dollar for the amount of pepperoni’s alone. You’re lucky to get more than a couple pepperoni’s on a regular slice. We also enjoyed that they cut it into squares for us which is standard at most Wichita locations. We were big fans of it and hope they keep it longer than their advertised “limited time only”. 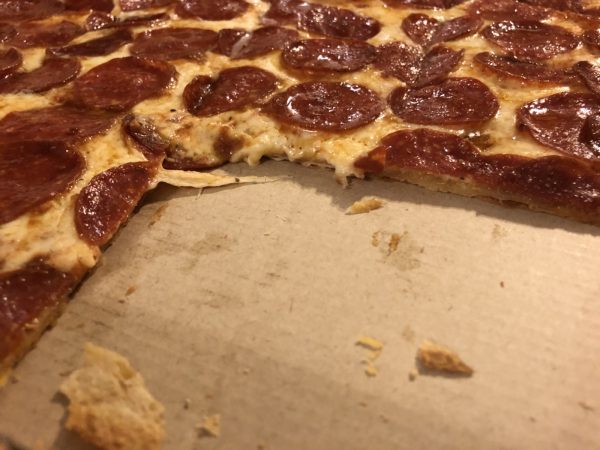 And if you go now, many locations are offering a free plush Little Caesars figure with each purchase! I’ve personally had this pizza three times now……don’t judge me. 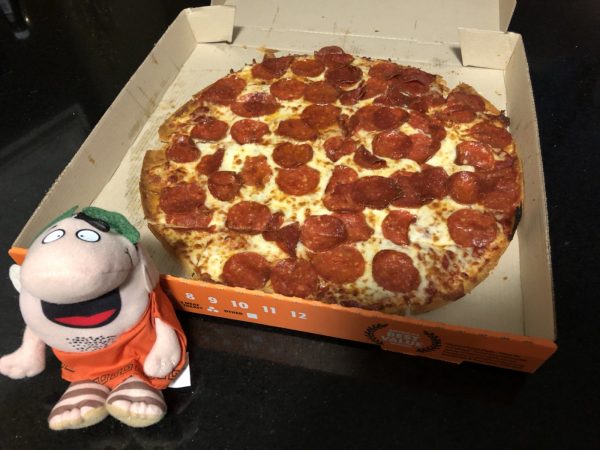