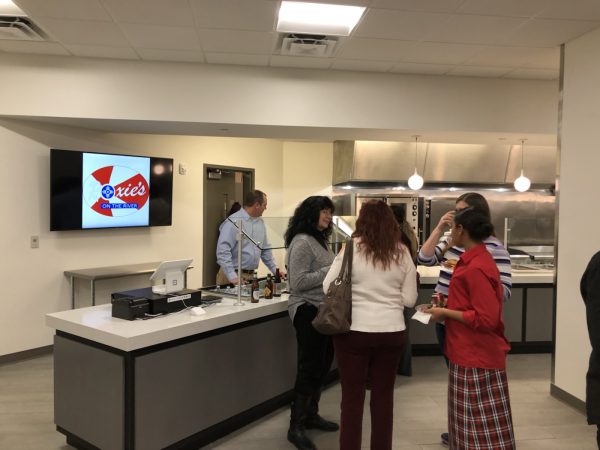 The newest cafe in Wichita opened up a couple weeks ago and they had a little grand opening event yesterday to show off their new space that a friend invited me out to. I swung by and was highly impressed with the new changes.

Roxie’s on the River can be found in the Farm Credit Bank Building. If you go down one flight of stairs, you’ll find them immediately. If you’re wondering where you heard that name before, it’s probably because the same owner also runs Roxie’s in Riverside.

Roxie’s on the River is a cafe that serves both breakfast and lunch not to just employees in the building but to the general public. I’ve spoken to friends who have been there over the past couple weeks and they feel incredibly lucky to have a modern cafe that puts out great fresh food. In the morning she’ll have breakfast and then for lunch you can find burgers, sandwiches, salad bar and daily specials. 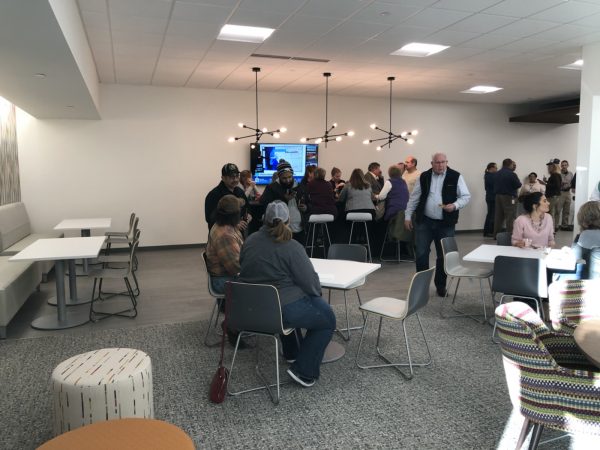 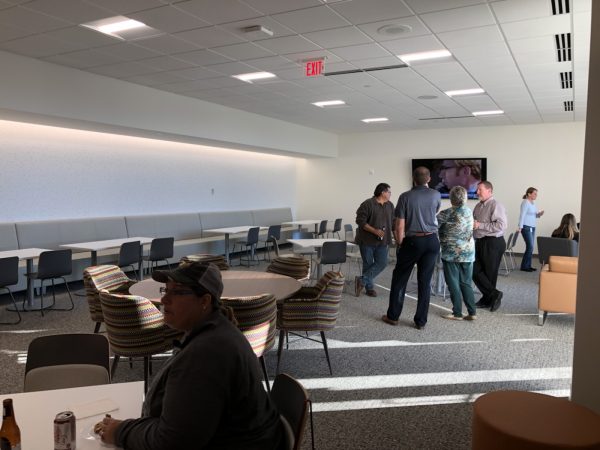 Many people refer to the owner as “The Cinnamon Roll Lady”. While they didn’t have any there that day, the food they had on hand was great. Her Asian tacos are awesome.

I spoke to Raquel Ramirez, the owner of Roxie’s, and she told me she was very excited to have a full size brand new kitchen to work out of. It really gives her the space to be more creative and put out more food. She has temporarily closed Roxie’s in Riverside due to slowness caused by the weather but may reopen later this month. In the meantime, she is focused on the new Roxie’s on the River. She also assured me, she’ll have a cinnamon roll ready for me later this week.

You can check out the new Roxie’s on the River at 245 N. Waco in the downstairs of the Farm Credit Bank Building. They are open Monday thru Friday 9am -2pm. You can reach them at 316-880-9425 or follow them on Facebook.

What’s up with Sorrel’s Jamaican Food?