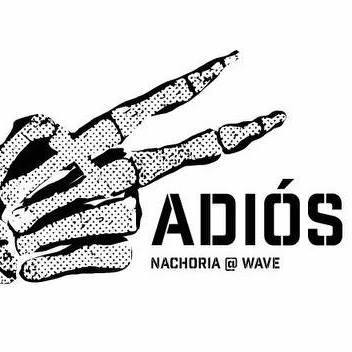 Say hello to Adios! Wichita is about to be hit with the very first nachoria where nachos will be the star of the show.

Adios Nachoria @ Wave is coming to the live concert venue this month. Earlier this year, Wave started doing lunch service for a majority of the week. This consisted of BBQ and food trucks. Wave decided they wanted to do something a little different. Whether it was for lunch or during a concert, giving customers the ease of being able to walk around and grub at the same time was a big focus they wanted to hone in on. That’s when Adios Nachoria @ Wave was developed.

Wave promoter Adam Hartke teamed up with the Gerard Rodriguez and Angelo Rodriguez who created the menu to develop what they hope to be a big win for Wave fans.

Let’s face it, who doesn’t love nachos? The easy to carry and popular Mexican dish will be the feature staple at the new restaurant that will operate inside Wave from Tuesday thru Sunday and during their big events.

With nachos being the star of the show, the Gerard Rodriguez has been working diligently at developing a queso recipe that should please all nacho fans. The menu for the nachos is near completion. Along with chips that were carefully selected, he plans to have multiple topping offerings like pico de gallo, elote, chile verde and rojo, Napoles salsa, beans, onions, jalapenos, and more; meat options consist of chicken, pork and beef.

There were also be tortas, tacos, burritos on the menu. Can you imagine a scarfing down on a burrito after leaving a concert? Sign me up. Some of the dishes will also source local products such as tortillas from Rodriguez Tortilleria. Plans to offer specialty menu items aside from the ones listed are also in the works. I’m going to need to employ the assistance of many friends to help me eat all of this food come opening day. Who’s with me?

The grand opening is set for Friday, December 21 from 11am – 7pm. After that, their hours of operation will be Tuesday thru Saturday 11am – 9pm and Sundays from 11am – 5pm. While the food trucks will no longer be at Wave, the BBQ will still be available for diners on certain days.

Remember Adios Nachoria @ Wave is located at 650 E 2nd St inside the Wave concert venue. You can find out more on their Facebook page. 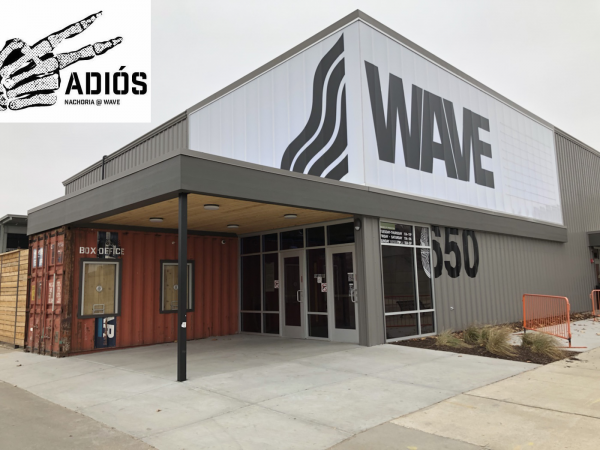 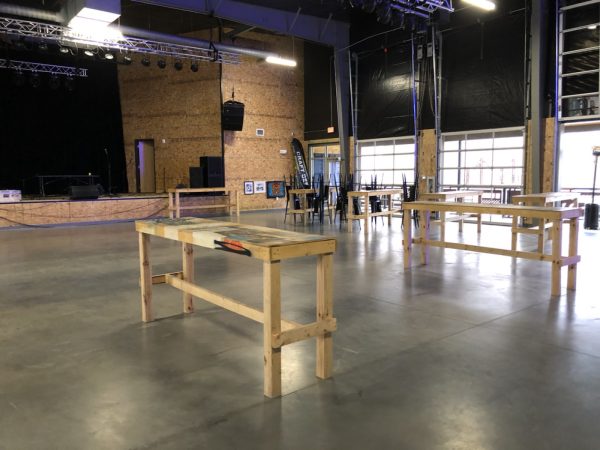 1 thought on “Adios, the city’s only nachoria, is coming to Wave this month”