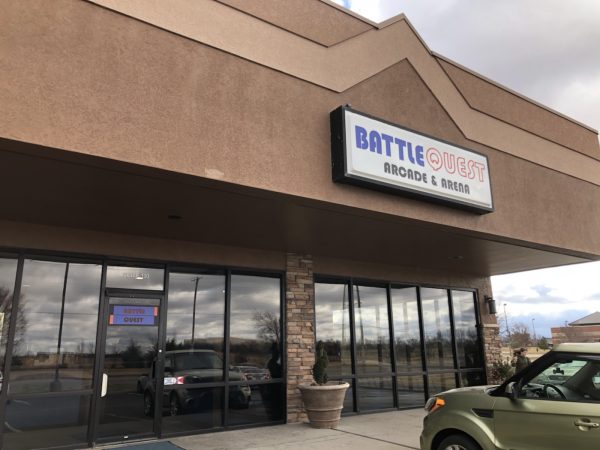 You have have heard of Dart Warz which as seized by the state and closed down and then Dart Quest which briefly opened a couple months ago. Well there’s now a new option so to speak for those who miss their Nerf gun areans. Battle Quest which resides in the Dart Quest space just opened to the public this past weekend. They are under new ownership and hope to stay for the long term.

Battle Quest has made some changes such as expanding the play area by 450-square-feet and plan to add another 450-square-feet in the near future. My family, friends and I stopped by to check out the renovations.

If you’re familiar with Dart Warz/Dart Quest, it’s a setup you should be comfortable with. It cost $10 to play and there’s a side room you can also use to have birthday parties which has been a popular choice for many families. These packages can range anywhere from $200-350 and last anywhere from 90 minutes to 2 hours.

The $10 walk-in price includes a basic single-shot blaster but you can upgrade your Nerf gun for $2-8. It also includes 60 minutes of arena time and access to their arcade. 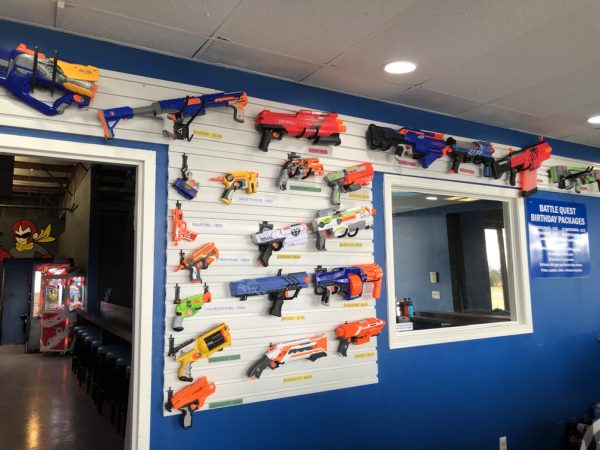 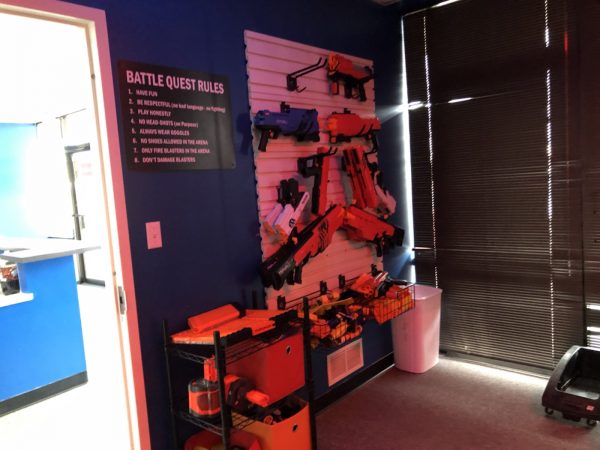 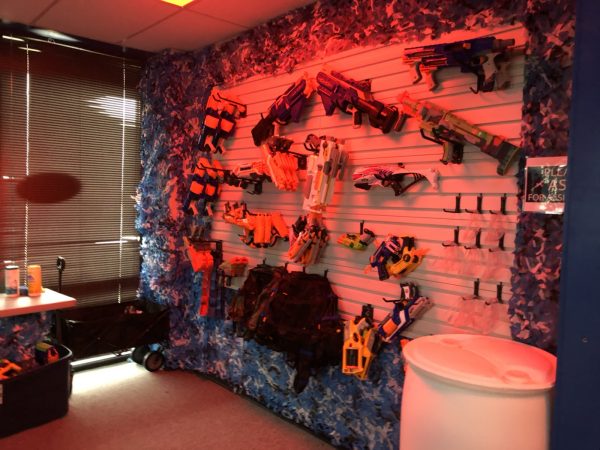 As for the arena itself, it is a little smaller than what you remember from Dart Warz. The nice part about it though is the layout is changed every so often and the quality of the material is sturdier. Battle Quest is certainly aimed at a younger demographic; kids 5-12 years of age.

Instead of showing you pictures of the arena, here’s a one minute video feature on what you can expect at Battle Quest.

We stopped by and played for almost two hours and had a great time. We were to also bring in our own food and make a day of it which the kids loved. They are all wanting upgraded Nerf guns for Christmas now…………. thanks Battle Quest.