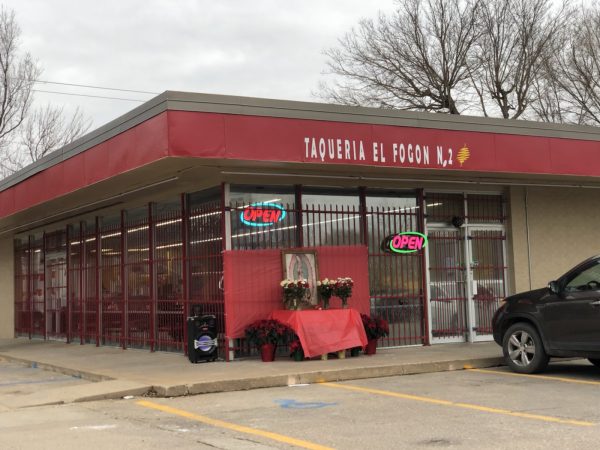 When it comes to best street tacos, there are always a handful of restaurants listed. Taqueria El Fogon is always in that discussion and many fans will be happy to know they now have a second location. The popular hole in the wall with its original location near Via Christi Hospital off of Harry has one up north on north Arkansas.

The owners did a great job of renovating the former laundromat into a restaurant. It’s bright, vibrant and completely different than the original location. 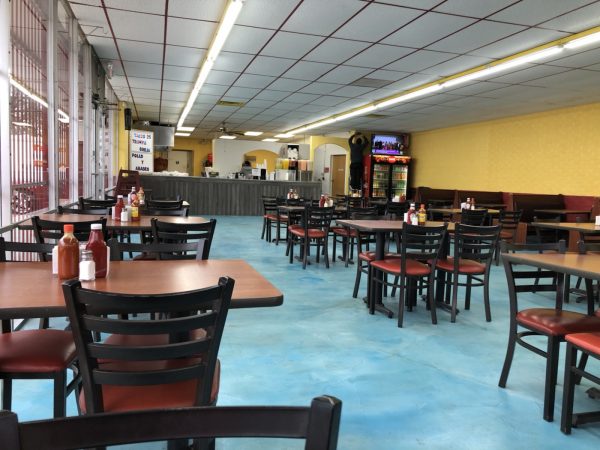 The menu and hours are the exact same as the original location. They even have a similar rotating spit for their popular al pastor. 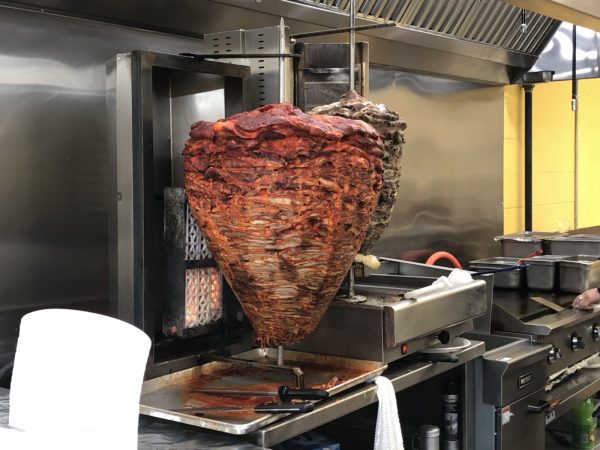 The plate of vegetables with complimentary hot sauce are given with each order. The last time I wrote about them, there was much debate on what to do with the vegetables. Some people ate them as an appetizer instead of chips while others put them in the tacos. I asked the owners what the final verdict on the proper purpose. They told me, it’s whatever people want to do with them. They did add that most people eat them before. 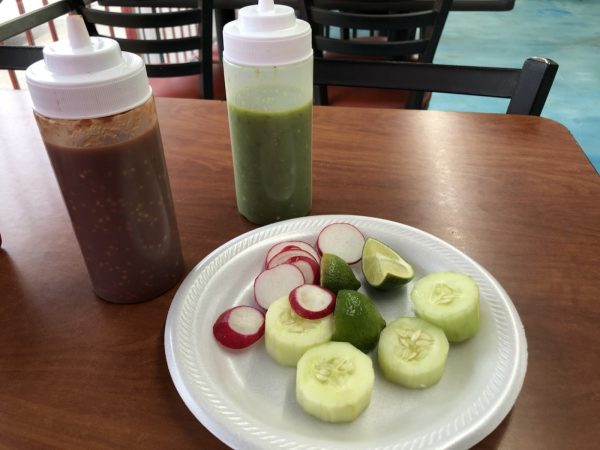 I ordered a variety of different tacos like the lengua, tripas and al pastor at $1.75 each which was their regular price. They also gave me a complimentary burrito-esque entree with beef inside as they did to every customer that afternoon.

The tripas and lengua tasted just like I expected them to. The al pastor was a little different. The sliced meat off of the spit was much thicker than I recall ever getting. One slice of al pastor was almost the size of my tortilla which I don’t believe it’s supposed to be like that. The flavor was certainly there but perhaps they had new staff that day learning the ropes so all was forgiven for that particular visit. 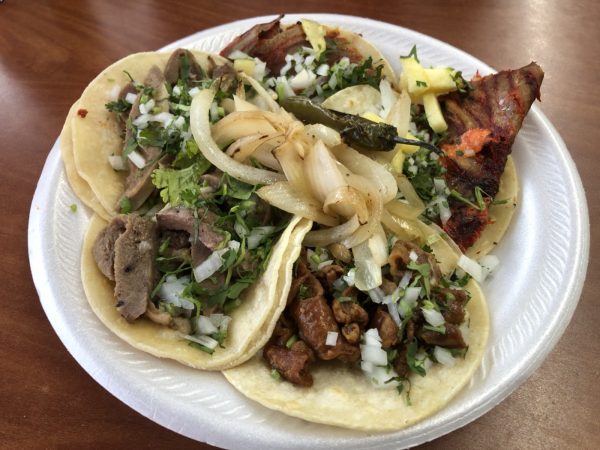 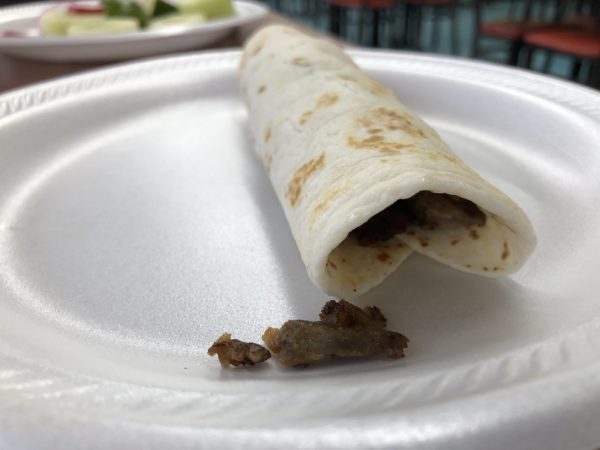 I look forward to going back with a group of people to get a full sample of their other offerings like their tortas in the near future. Taqueria El Fogon should provide competition in an area of town that’s already stacked with awesome Mexican food. The value there is fantastic and on par with much of the others in Wichita and the service was there great as well. 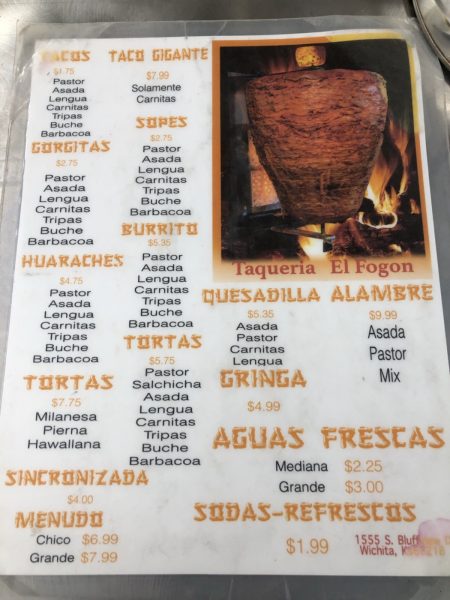