I have two buddies who LOVE to cook. Any time the weather is nice, they love to get people together and make culinary magic happen. That can get expensive for a big group of any size. But then this weekend came and we were blown away. One of my friends regularly reads Bon Appetit and read an article called ‘The Biggest, Best, and Cheapest Steak You’ll Ever Make Is Also Impossible to Mess Up‘. That’s a big bold headline to have. We had to try it.

Dillons sells two and a half to three pound chuck roast for $8 a piece. Recently, they had them buy one get one free which made for an even better deal. It’s not as tender as your filet as the article noted but it was certainly flavorful and more importantly affordable. It was enough for our party of seven the afternoon we did it. 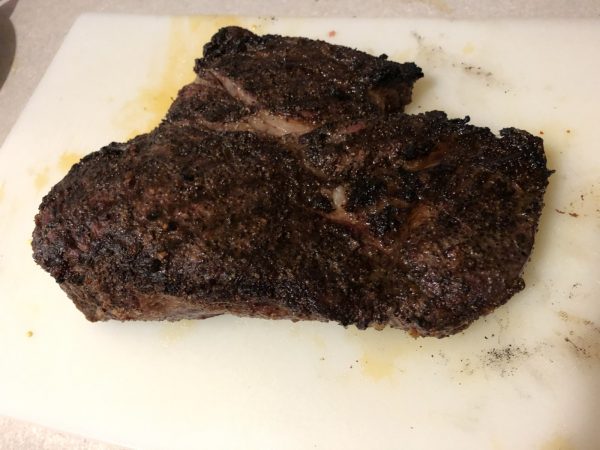 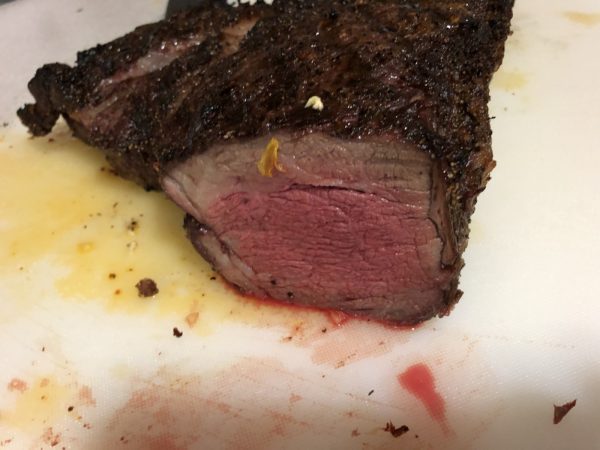 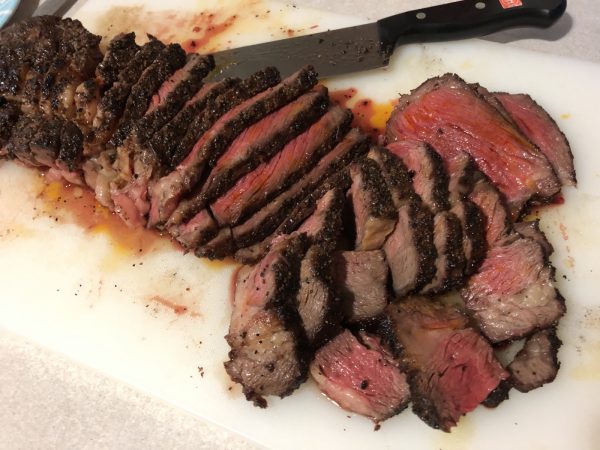 We all loved it. The best part was that it just cost us $8! It was a great feature course to spend our Saturday watching football. Give this one a try, you’ll love it!

I will fully admit, I stood back and watched everything. It was my job to take pictures of the aftermath, eat the food, and report back with our findings. One job I was up willing to do my best at.

Have a great recipe to share? Please email us as we are always open to suggestions.