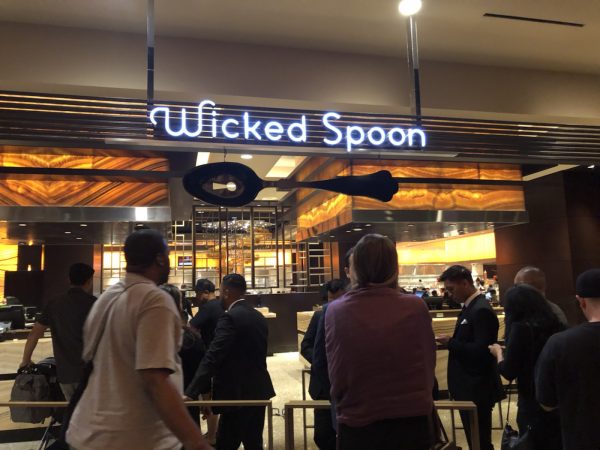 On a recent visit to Las Vegas, I was asked by many people to stop by The Wicked Spoon. It’s highly regarded by many one of the, if not the top, buffet on the strip.

Located inside of the Cosmopolitan, The Wicked Spoon has tried to bring some life to the stale world of casino buffets. They differ from many other typical buffets in the fact that nearly all of the items are served on individual plates for you to grab and take back to the table. The spread has almost all the main staples of the competitors with the exception of sushi. Come to find out that the casino recently added a sushi restaurant so they had to remove sushi from the buffet line.

Let’s start off with the pricing. During the day, the pricing isn’t too bad. The highest price point is dinner on the weekends when it is $49. You can add bottomless beverages for $17 which include mimosas, bloody mary’s, Bud Light, wine, and Moscow mules depending on the time of day.

Otherwise let’s go through what you can find. I had a huge variety from each of the areas and was so full I about had to be wheel-chaired out. The bone marrow was my first stop. There wasn’t much to be had on each bone. It was very gelatinous and slimy. I was hoping there was something more to it but that wasn’t the case. The crab legs were also a let down.

The rest of the seafood really delivered. They had individual plates of poke and I may have had 5-6 of those bowls. I posted some videos on my Instagram but it’s not here. They had a make your own bowl of seafood which included white cod, rockfish, dover sole, shrimp, scallops, clam and mussels that was amazing. They also had oysters and I may have gone through a dozen of them; very good for buffet oysters.

The pho………….possibly one of the worst bowls of pho I’ve ever had. No buffet should ever serve pho. Just stop. The offering of meat made up for it. The prime rib was tender and delicious.

Here’s a very small sample of what they had. 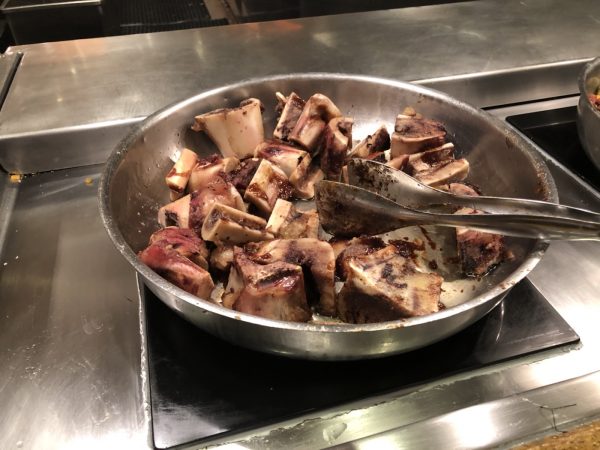 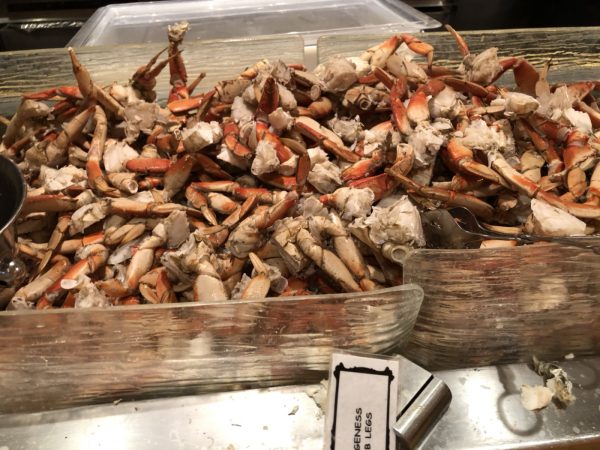 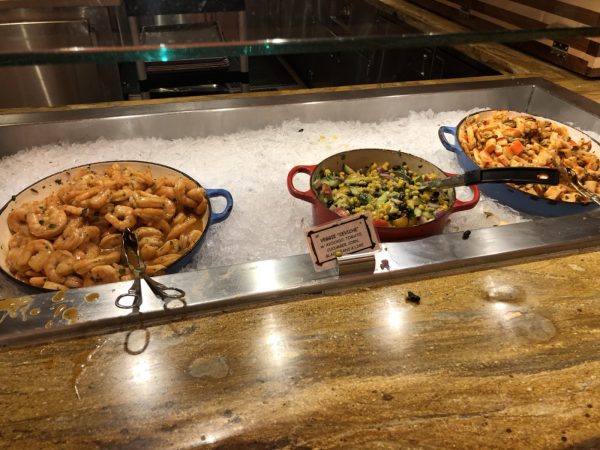 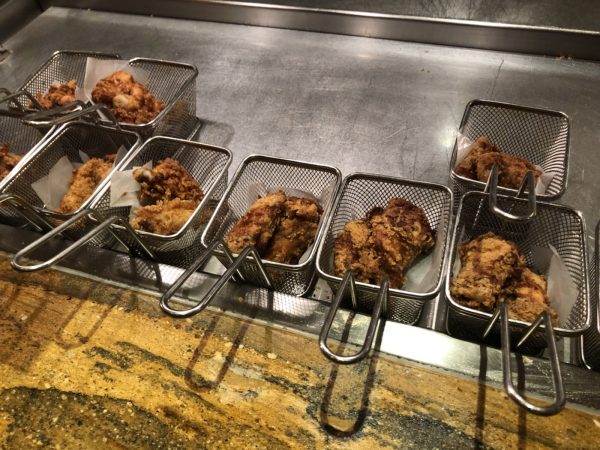 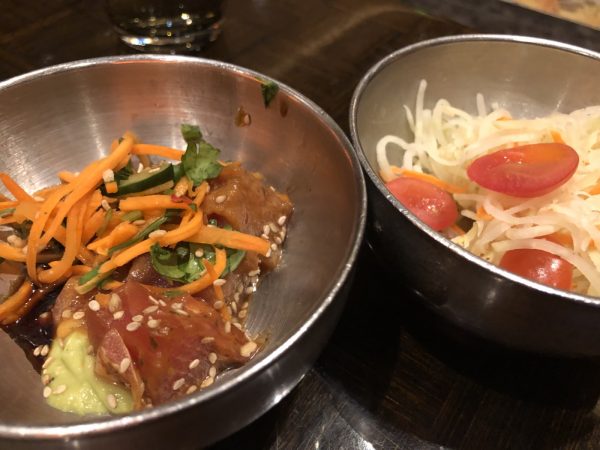 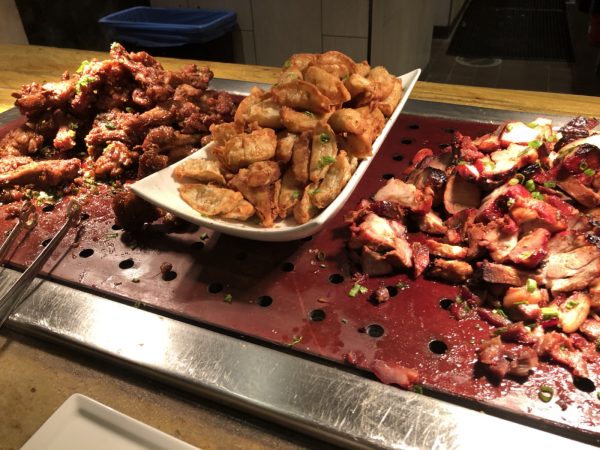 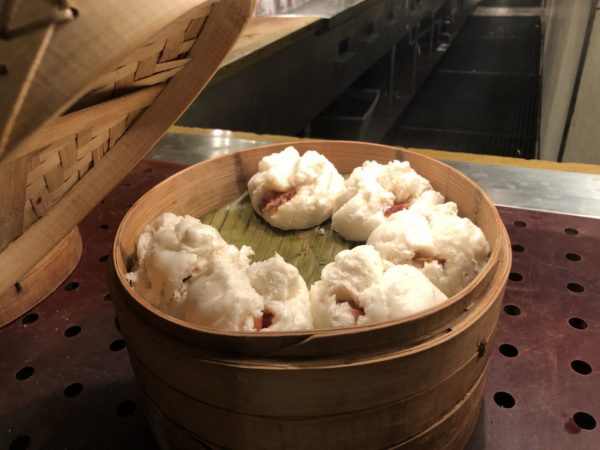 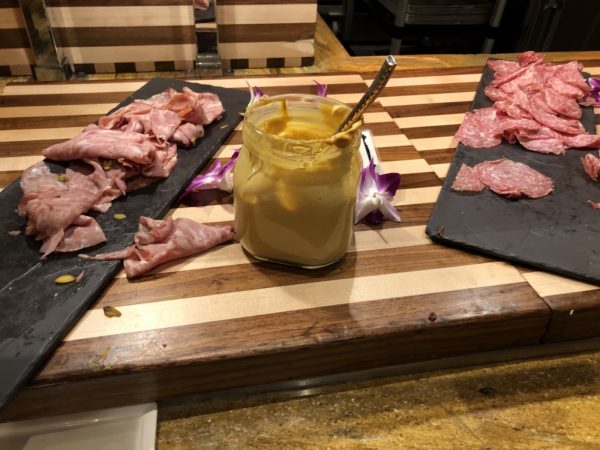 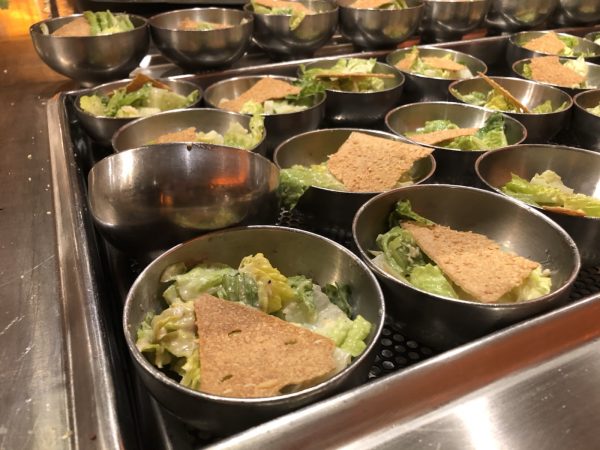 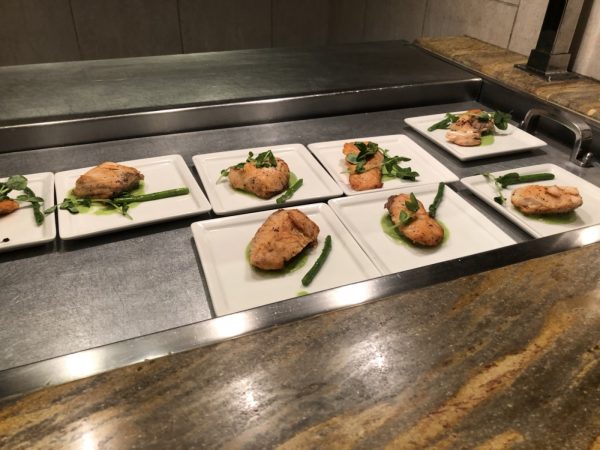 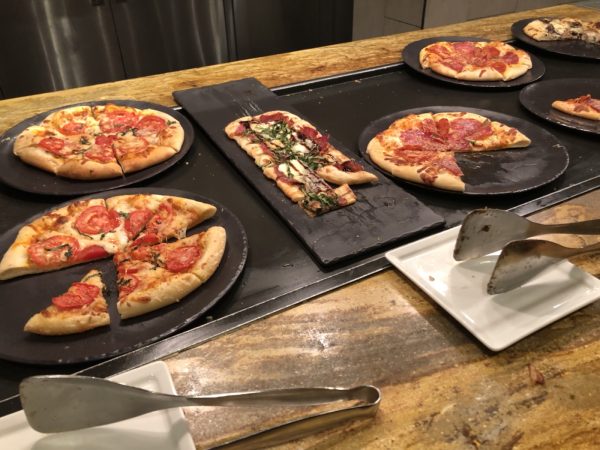 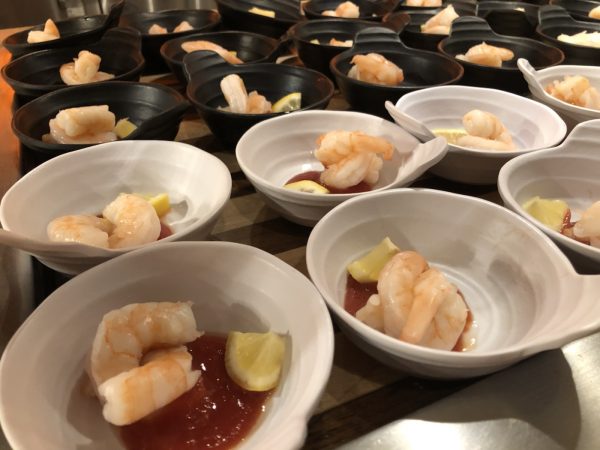 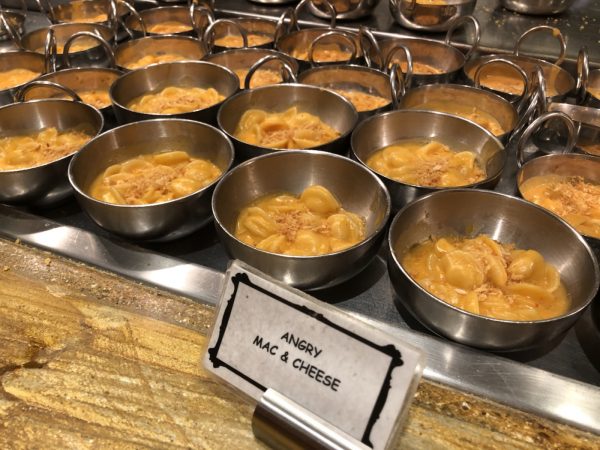 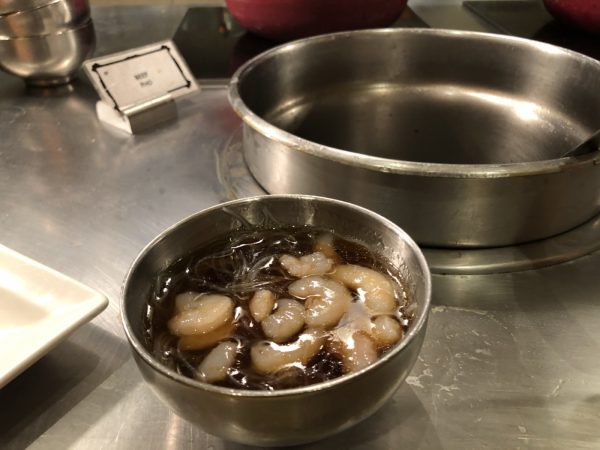 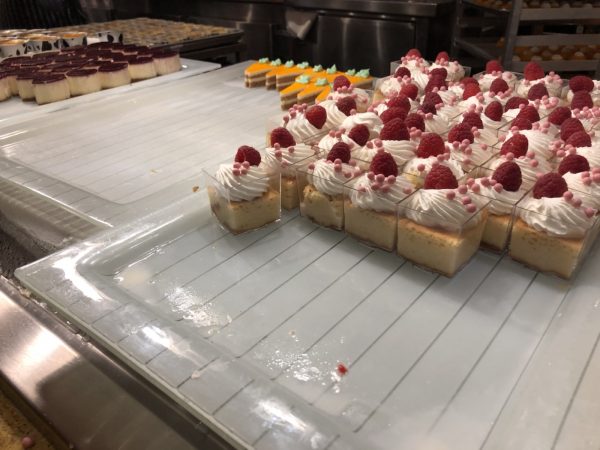 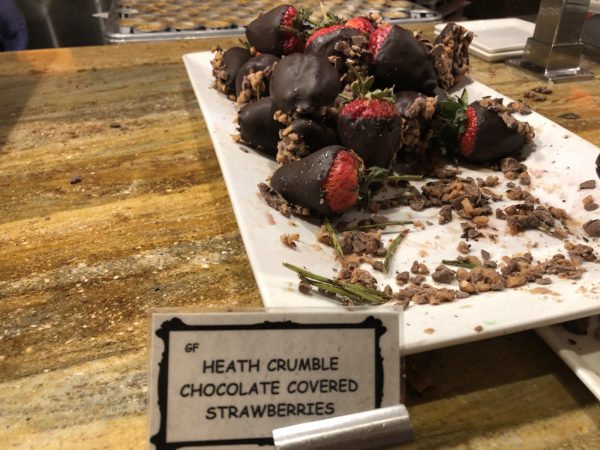 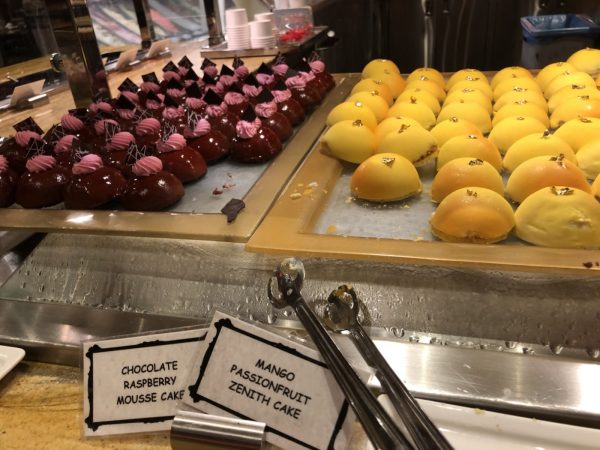 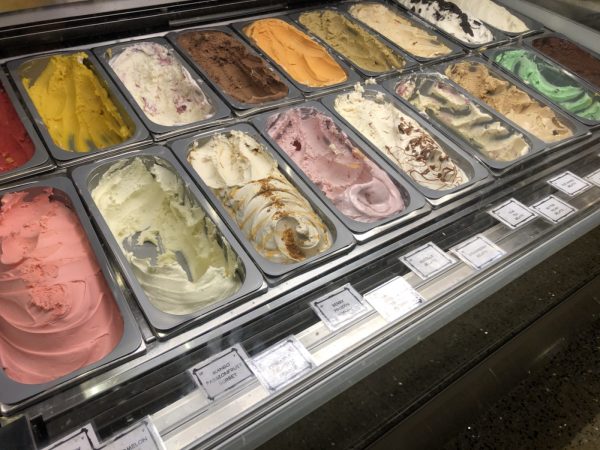 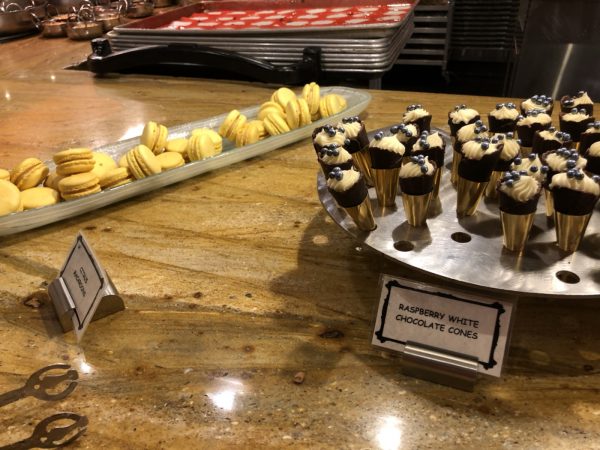 This was my last plate at The Wicked Spoon and yes, I finished it. Absolutely amazing. 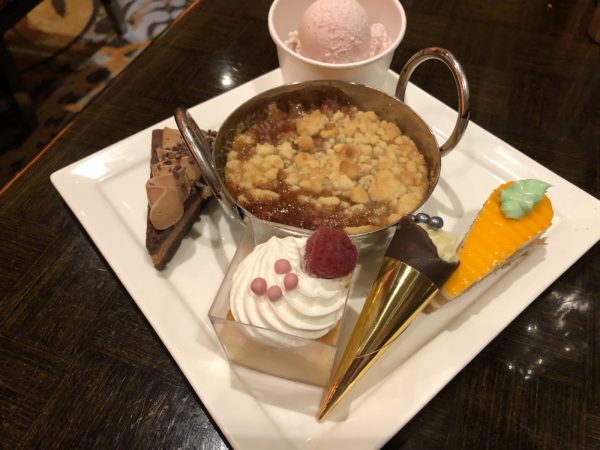 I didn’t have the opportunity to go during the day so I went on a weekend evening and paid the $49 price tag. Was it worth it? Ehhhh….. having slept on it, I was back and forth on it. I definitely ate $49 worth of food in terms of value, probably more. Earlier in the week, I spent $35 on a buffet at Paris and felt it was a total rip off. I’ve also spent in the $30-45 range on other buffets. Was this one better? I would say so. After more thought, I determined for a buffet, it was better than nearly all of the ones I’ve been to. It just depends on what you’re looking for. You could spend $49 in Vegas on another good meal so it depends on the person.

Would I go back? Probably and eat 15 plates of their seafood.