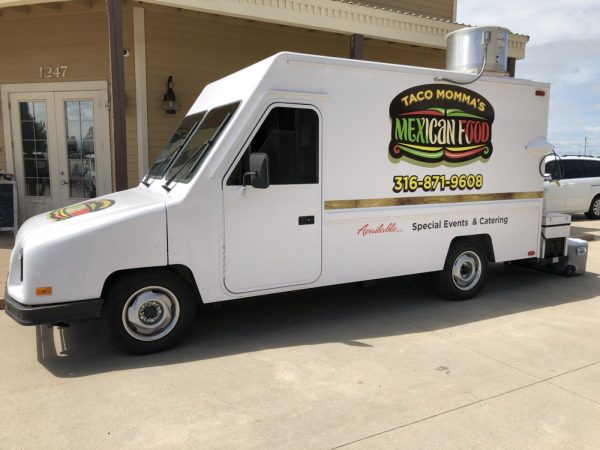 There’s a new food truck in town called Taco Momma’s Mexican Food. They had a soft opening of sorts at a west side chiropractic office this week. Hearing word of new food in town was enough to get me to make the drive westward. While today was an early stages look into the truck, here’s a basic rundown of what to expect.

When I arrived, they only had one thing on the menu: fried tacos. The owner told me, it was kind of a last second decision to open her truck that day. So with the time she had, fried tacos with two sides was the only item.

While her original plan was to open later, she wanted to help the event so opened earlier than envisioned. A Facebook page is in the works so I’ll be sure to update this blog once it’s up. The menu will soon be expanded to include enchiladas, burritos, chile verde and more. I’ll be sure to take one for the team and make a revisit when the full menu is unveiled.

I went ahead and ordered the two fried tacos lunch which didn’t take long. When she handed me my order, she threw in a free extra taco. She said my first taco was not made to her satisfaction so she made another one to make sure they were up to her standards. THAT is what I really loved most. How many times do you ever go to a wing restaurant for example, order 6 wings and then get one super dinky one that Webster’s dictionary probably wouldn’t even define as “a wing”? Cooks should take pride in everything they serve and be proud of the product they give to diners. So hearing that from Taco Momma’s was great step in the right direction for an up-and-coming food truck.

To those who have been reading for a while, you’ll know I’m not much of a fried taco guy. It’s usually not the first thing I’ll order but if it’s on a special or the only thing available, I won’t say no either. With that said, the fried tacos at Taco Momma’s were way above the others I’ve had around town. There are two things I don’t like about fried tacos. 1.) You get this big thick fried shell and that’s all you taste. 2.) The fried shell crumbles apart creating a messy eat and one you’re left rummaging through your plate for everything that fell out.

That wasn’t the case with Taco Momma’s. Starting with the shell, I loved how they were constructed. They were fried to the point where it held everything together even after every bite. The fried tacos weren’t too thin and fortunately not too thick; there was a good balance. And while the edges were crispy, the area of the taco you held on to offered a level of firmness where your fingers didn’t poke right through. At the same time, the shell was sturdy and kept it all in one piece. Copious amounts of ground beef and other ingredients filled me up after two. And the salsa on top offered a surprising level of heat I wasn’t expecting. Had I known it was like that, I would have asked them to douse my rice with that. 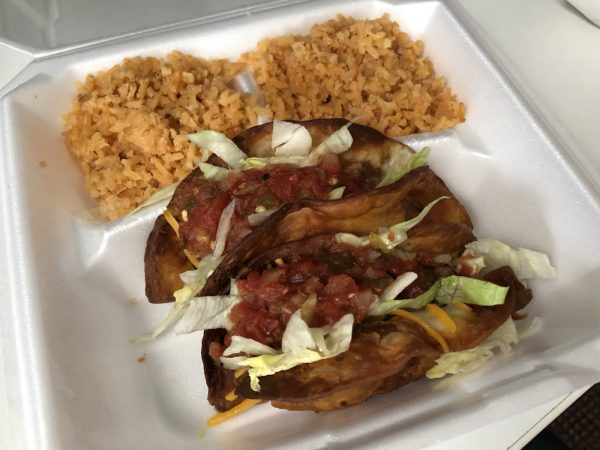 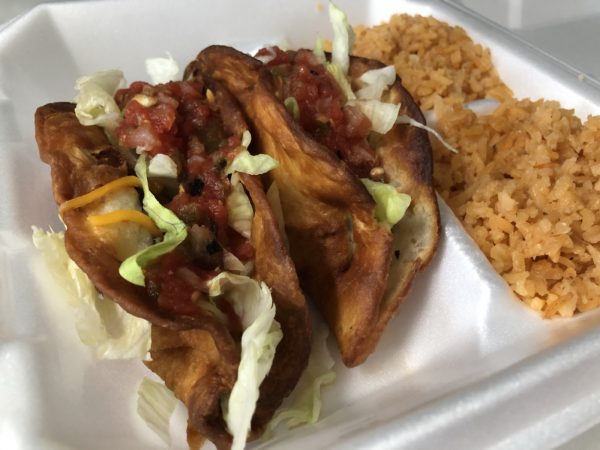 All in all a good solid effort for Taco Momma’s. From the sounds of things, you can expect a lot more once they get going. When they get a Facebook page up and a menu posted, I’ll be sure to update this and make a return visit to see the rest of what is offered.

Here’s the menu for the day I went. Please keep in mind the menu will be ramped up soon: 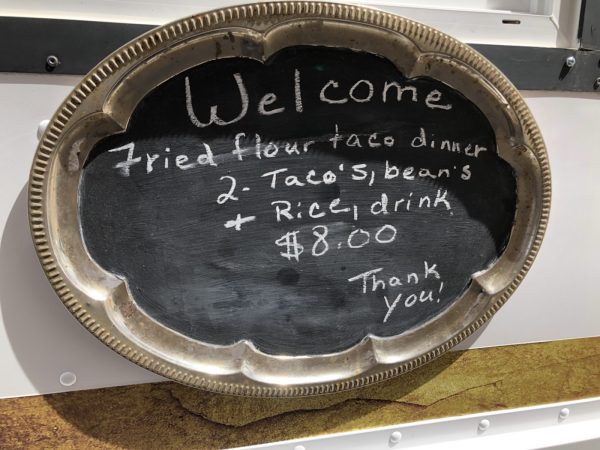