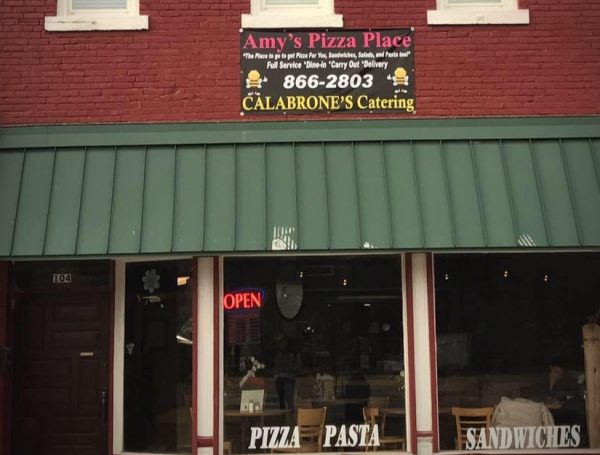 ABOUT THE OWNER
Amy Houston of Mulvane is the mother of four special needs sons, a cancer survivor, firefighter, landlord, School Board member and owner of the restaurant Amy’s Pizza Place, Calabrone’s Catering.

Amy is a military brat that landed in Mulvane after her mothers retirement from McConnell AFB. In 1998 at 18 years old she bought her first home in the first community she felt she’d been able to plant roots, soon after she purchased the existing pizzeria… By 2009, Houston was the mother of three sons and enjoying her successes when the unthinkable happened. She was diagnosed with non-hodgkin’s lymphoma and had to close her restaurant to undergo cancer treatment.

Like everything in her life, she faced this potentially deadly disease head on, and by 2010 was ready to re-open her beloved business. But just as she had changed with months of radiation and chemotherapy treatment, her business name was changing, too.

“I wanted the name to fit the different ways the business had morphed from a pizza restaurant to more of a pasta and Italian restaurant,” said Houston.

When she started looking for new names, her favorite quote by Mary Kay Ash, founder of Mary Kay cosmetics, came to mind:

“Women are a lot like bumble bees,” said Houston.

Houston settled on the name Calabrones for her restaurant because, in Italian, that is what you would call a bumble bee, a flying, stinging insect.

The Firefighter
In 2003, Houston wanted to be more involved in the community so she signed up for a six-month beginner class to become a volunteer firefighter.

“My mother was active duty military so I was raised as an Air Force brat,” said Houston. “I have always been intrigued by women in hands-on careers.”

Through the class, Houston made friends in the department and was intrigued enough to continue her education. She took classes through Kansas University and became a nationally certified first responder and trained to provide medical care in emergencies.

The Volunteer
Amy has served as a USD 263 School Board member since 2014. Houston was taught by her grandmother that all citizens capable should proform at least one term of civic duty. “It’s nothing like I expected, now (being on the board) I understand why my grandmother thought it was so important!”

“I am lucky in that my world is a pretty positive place,” she said. “Bad things happen and emergencies happen and things get hard, but the good outweighs the bad and it is almost like you don’t notice the bad because of the good.”

“My youngest is my miracle baby because he wasn’t supposed to make it,” she said.

Looking at her youngest son now, who was born on Thanksgiving Day 2013, you wouldn’t know there was anything wrong. Lurking beneath the surface, tragedy could strike at any moment. But Houston, who had prepared for his death before he was even born, is now planning his life.

“All of the sonograms came back negative and I was told he would be a miscarriage,” she said. “They wanted me to terminate the pregnancy, but I couldn’t do it.”

Doctors said he had fluid on his brain and suspected that Houston’s baby had Trisomy 18. This is a genetic disorder that kills about 90 percent of children before or during birth and those that do live past birth suffer serious symptoms. Those who survive past the first year are almost always girls.

“I didn’t want a baby shower because I didn’t want to have a bunch of baby things at the house if I wasn’t going to bring a baby home,” said Houston. “I prepared my entire pregnancy for his death.”

She decided that the birth would be done with just a midwife, not a team of doctors. She wanted the few minutes that her son lived to be quality time with her holding him. When the day came, the midwife, along with Houston’s mother and sister, were the only ones in the room to witness what seemed like the impossible.

“When he was born, the fluid on his brain had resolved itself and his heart was in good condition,” said Houston. “But when we were dismissed from the hospital, I was still told he would pass away because these babies have a high likelihood for strokes and aneurisms.”
Now, at almost 5 years old, her son isn’t out of the woods, but he is doing really well.

Doctors think he may just have a partial form of Trisomy 18. Houston says she has found people across the country who are well into their 20s with this condition.

“He is a pistol. He is a normal kid,” she said. “I am not sure how it is going to play out with him developmentally, but the older he gets the better chance he has of long-term living.”

Houston’s oldest son has autism and her second son is blind in his right eye and has no depth perception. Many might say it takes a strong woman to come through all what Houston has with a positive attitude. And while it could be because she has practice dealing with adversity, she also has a secret that leads her to success.

“The greatest thing about my life is that everything I do I truly love – I enjoy working, I enjoy my children,” said Houston. 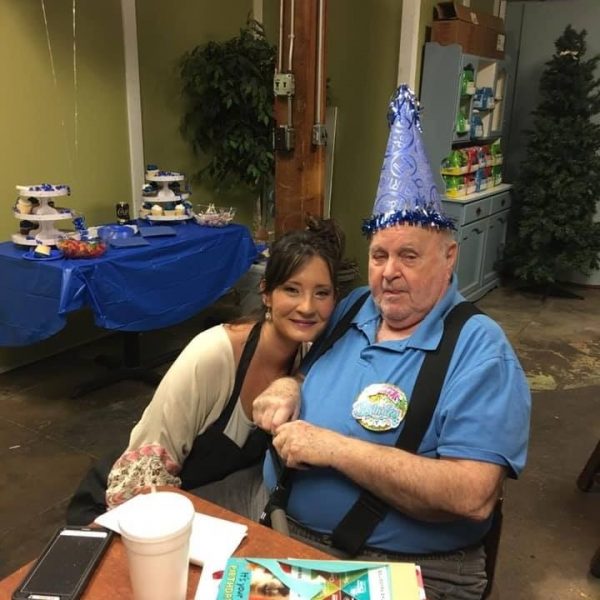 ABOUT THE BUSINESS
Houston first became a business owner back in 2001 when she bought The Pizza Place that had been a fixture in the Mulvane community for 13 years.

“When I took over the business from John Langholz, I changed the name to “Amy’s Pizza,” said Houston. “People around town just called it Amy’s.”

It wasn’t long before folks were asking her to do catering jobs and she found herself making way more than just pizza.

“Over the years, my business had morphed into a pasta restaurant,” said Houston. “It was no longer just the pizza place.”

(The Derby Informer 2014)
Established in 1988, we proudly still use the “made from scratch” recipes that John’s grandmother taught him!

WHY I TOOK OVER THE BUSINESS
Ignorance!

I was 21, found out it was for sale, and thought “I can do this”… little did I know what it took to purchase a business let alone operate one! 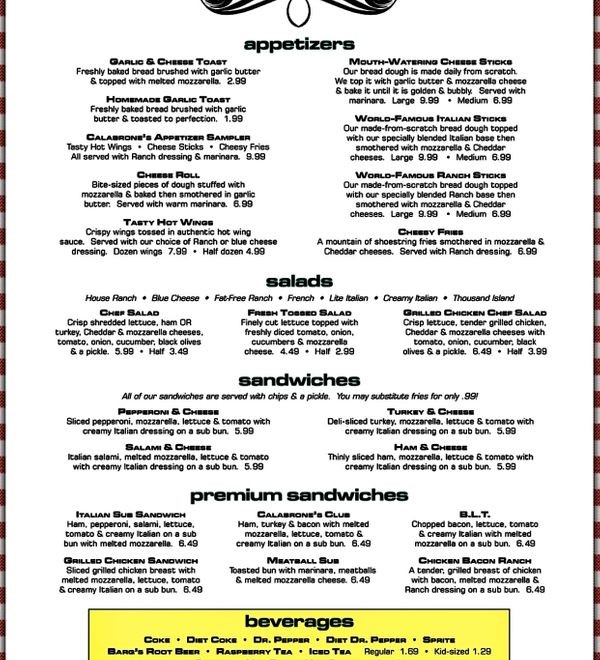 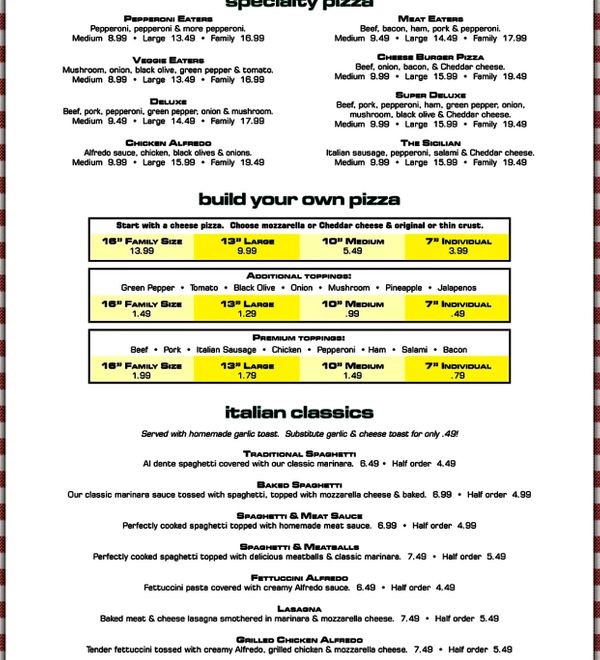 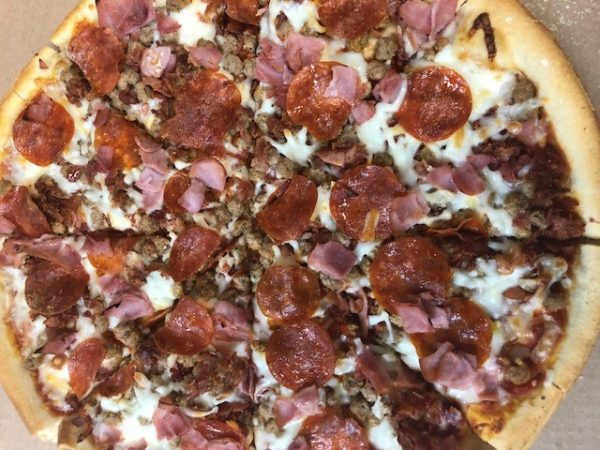 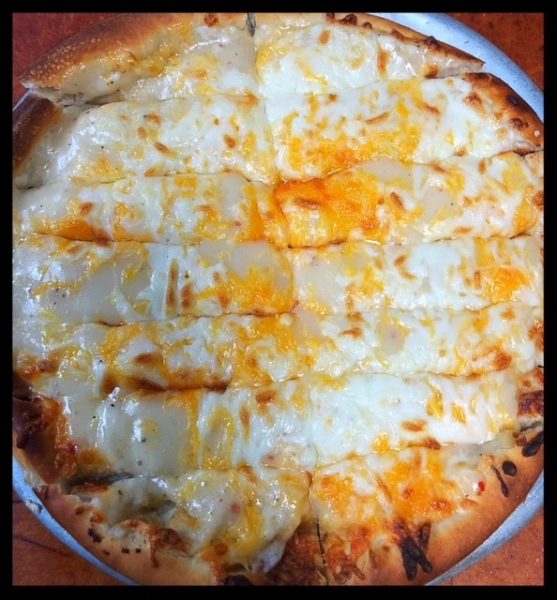 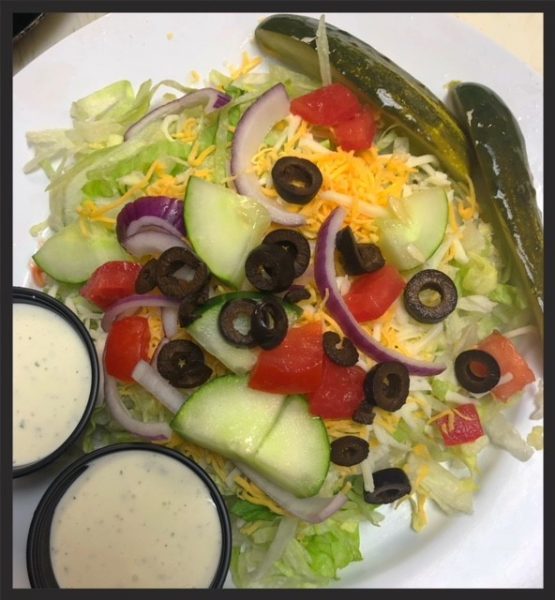 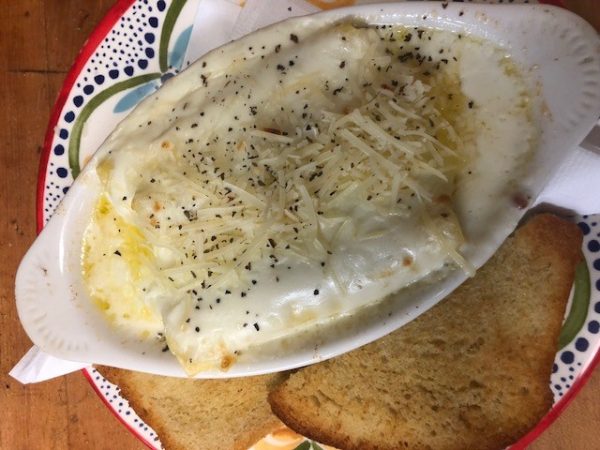 The Reader’s Top 25 Restaurants in Wichita

Vote for the Monthly Wichita By E.B. Top 25 Restaurant Poll

The response from Side Pockets