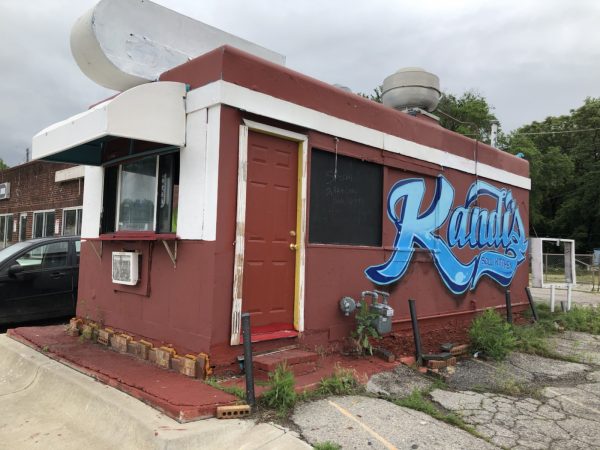 Last time we stopped by it was Brown’s Wing World. Thanks to reader, Kevin Sevart, we were told it closed down and a new restaurant opened in its place. Just when you thought you’ve been to every brick & mortar restaurant in Wichita, a small random one pops up. And that was the case with Kandy’s Soul Food which took over the space vacated by Brown’s Wing World.

Open Daily: 11ish to 10pm (or later depending on the day)

I asked for a recommendation on what to order and was told wings. So I went with that along with a hot link which was on sale for a dollar. I was told it would take twenty minutes for everything. Whew…..

After twenty minutes my food was ready. The couple running the restaurant gave me their number and told me to I could call ahead in the future and they’d always have the order ready then. Unfortunately, I accidentally tossed the number in the trash with the napkins.

The hot link was everything! It was incredibly spicy and left a strong tingling sensation well afterward. The heat definitely lingered. For a dollar, I was highly impressed.

Next up were the wings which came with crinkle cut fries. Overall, nothing too special about the fries. The wings though were fried to a nice crisp. Four came in the container and offered plenty of meat. Hot sauce and BBQ were served with the wings but they seemed to be basic jarred condiments bought in bulk. While the wings were meaty, fried well and a good portion size, they didn’t pack much else that just wowed me as a really good wing. 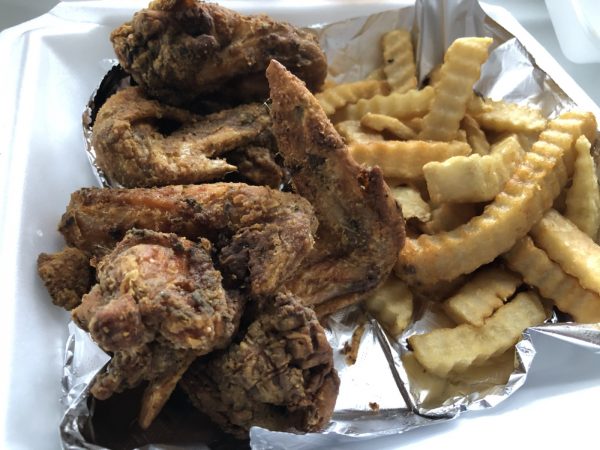 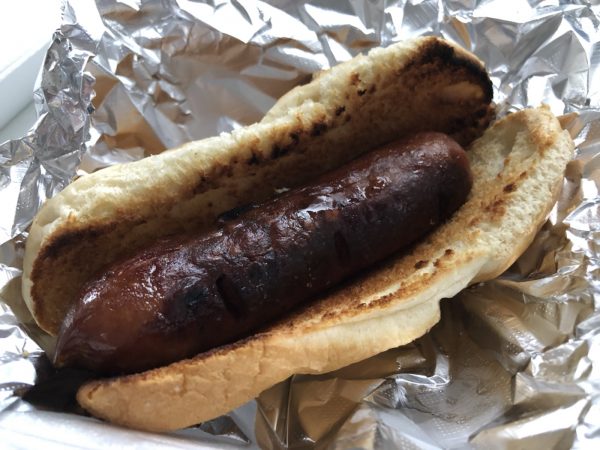 Aside from the less than stellar wings, the owners were very nice. The wait time for any walk-up customer was just too long at twenty minutes for four wings and a hot link. Perhaps in a restaurant that would be acceptable, but at a carryout-style restaurant I don’t think the average customer has that much time to just wait around like that.

I tried to get exact hours and was told, “We are open everyday for lunch until we close. Sometimes that’s ten or like midnight since its the weekend.”

Here’s the menu. It’s slightly hard to read and I was told they have other daily specials like fried frog legs and alligator. 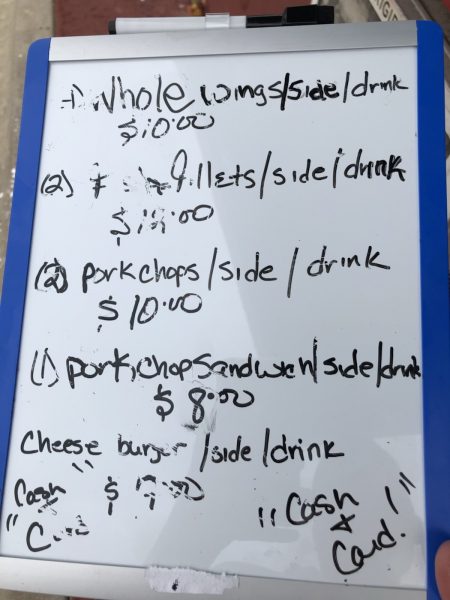