Fours weeks of voting have led us to this day. After thousands of people showed up to make their voices heard, Gambino’s Original out of Colwich, KS was voted Wichita and the surrounding area’s ‘Most Liked Pizza‘.

They were one of the leading favorites all tournament long and kept piling in the votes. They beat out such places as uber popular Pizza John’s out of Derby, Knolla’s Pizza, Oak & Pie and Ziggy’s Pizza. 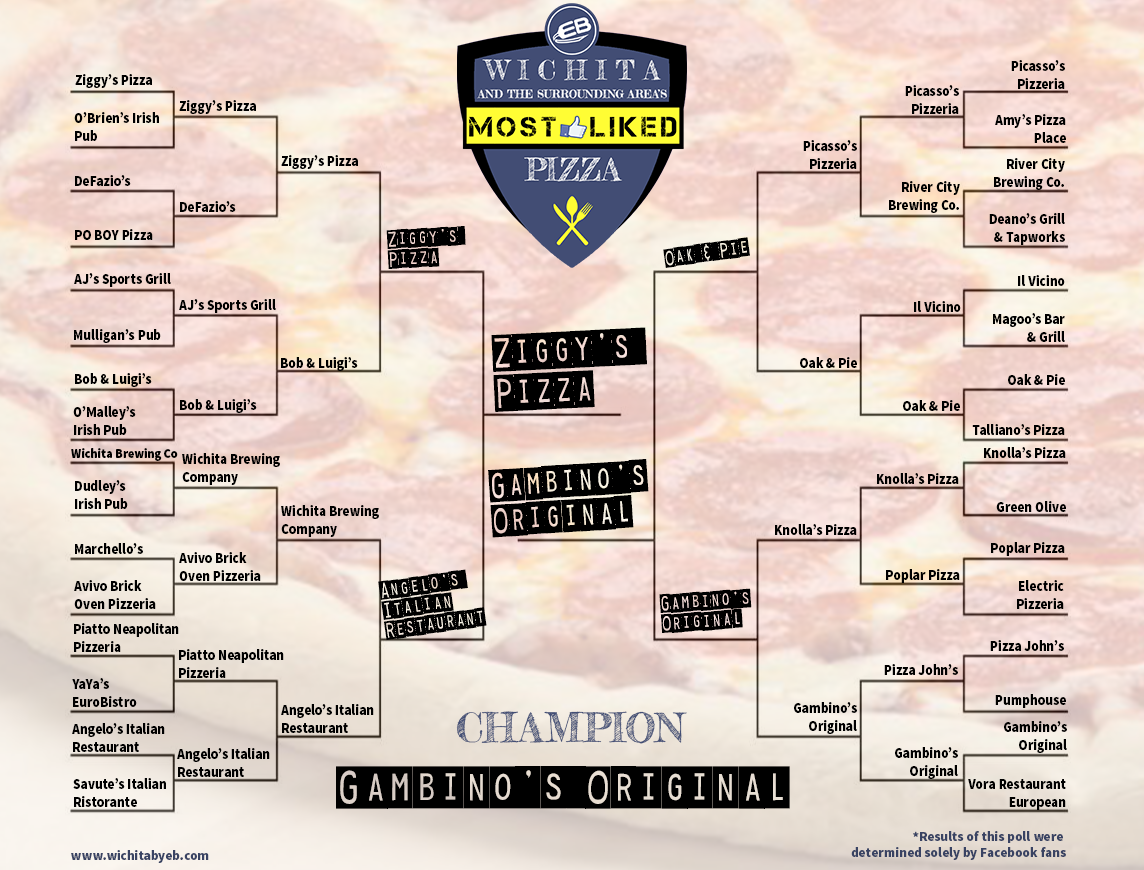 One of the big misconceptions that may or may not have helped Gambino’s Original was their ownership status. Unknown to many, Gambino’s Original is separately owned and operated from the Gambino’s franchise distributed throughout the midwest. Ran out of Colwich, KS, they have absolutely nothing to do with the ones in Wichita, Andover, El Dorado, etc.

Our friends over at Midland Creations, will be creating the winner’s plaque similar to the one made for Louis Rose Hill Cafe. I urge you all to go head over to their Facebook page and give them a like. They make great little custom pieces of work that make great gifts! 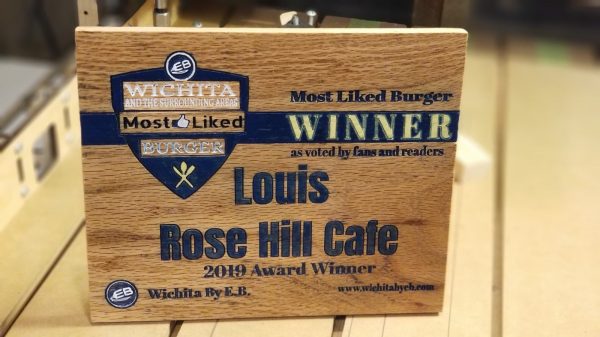 Big congrats out to Gambino’s Original.

To those of you who have been able to just take a step back and enjoy the tournament for what it was, thank you. I hope you’ve been able to enjoy it, the banter between restaurants, discovering new places you may not have heard of and clicking on restaurant logos for the past month.

I’ve been quite surprised by the voter turnout and the steps restaurants took to enjoy it and even win. I saw videos made, emails sent, text messages sent, tons of shares, discounts offered, and even owners weighing in and chatting with voters.

The Most Liked tournament bracket will now take a much needed break as I look to tweak how it’s all done. While I have enjoyed everything about it, I don’t want it to become bigger than what it was intended to be. While it is for fun, I think keeping the spirit of it in tact and some level of fairness is important. In a perfect world, making sure people who have tried the food are the ones who vote would be great. Unfortunately with Facebook there’s no way to control that and it never will be. When I see saw hoards of voters coming in from India, Mexico, Australia, and England, it just made me wonder. We all know it’s a popularity contest but there are measures we can use to make it more of an even playing field. So moving forward changes will be made in the voting as it gets deeper into the tournament. It will result in less votes but will have more of a controlled environment of people who’s best interest is…. food.

With that said, I hope you’ve enjoyed this and discovered some new delicious pizza places over the past four weeks. Stay tuned for the next bracket reveal. No timetable on when that comes out so be on the lookout for that! One thing I do know is the next bracket will likely be all Wichita based places due to the sheer number of options.

Congrats again to Gambino’s Original out of Colwich, KS. I’ve never been there but will have to now.