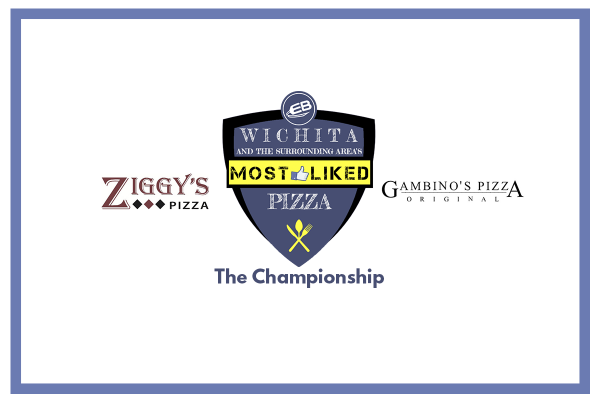 A month ago, we began a journey to decide who was the Most Liked Pizza in Wichita and the surrounding area. It was not scientific, very methodical or detached of the public’s subjectiveness. Nope. It was just an online poll voted on by a community of Facebook people where it was up to them to decide who the winner would be.

The end result does not determine what is actually best, but what a majority of people willing to vote think. It’s a poll that holds just as much credibility as any list you see from sites like USA Today, OnlyInYourState.com, Food Network, etc because it’s all just a matter of opinion from people whose thoughts hold no more weight than the next person.

We started off with 32 restaurants and bars that served pizza and have finally narrowed it down to two.

First there is Ziggy’s Pizza which opened in January of 2012 by two brothers from Wichita who have since expanded to three locations. They could very likely be credited for revitalizing the dining scene in College Hill. Then you have Gambino’s Original owned by a local couple in Colwich, KS. They have owned and operated the restaurant since 1984. All tournament long they have been mixed up with the midwest franchise Gambino’s. This one has no affiliation with the franchise.

Both have carved a path out to the finals beating a host of big names in the Wichita area.

Throughout the course of the tournament, I’ve seen all sorts of big marketing pushes from restaurants trying to advance. It’s been really cool to see and witness everything. One of the biggest surprises to come out of it was Oak & Pie who amassed more votes leading up to the finals than any restaurant besides Gambino’s Original. They had an outpour of support that many places would envy. Then there was Angelo’s, who despite even a hiatus from the business, was able to prove they still have an extremely loyal following that took them to the Final Four. Some people even discovered new pizza places like Amy’s Pizza Place in Mulvane, KS.

If I was setting odds on the finals completely based on previous voting outcomes and turnout, I’m putting Gambino’s Original as the favorite. Ziggy’s has done well but will need a boost in voters to defeat the behemoth that Gambino’s has been. Regardless best of luck to both.

Voting for the championship begins Thursday morning on the Wichita By E.B. Facebook page. Our friends over at Midland Creations is ready and waiting to complete the plaque for the winner! 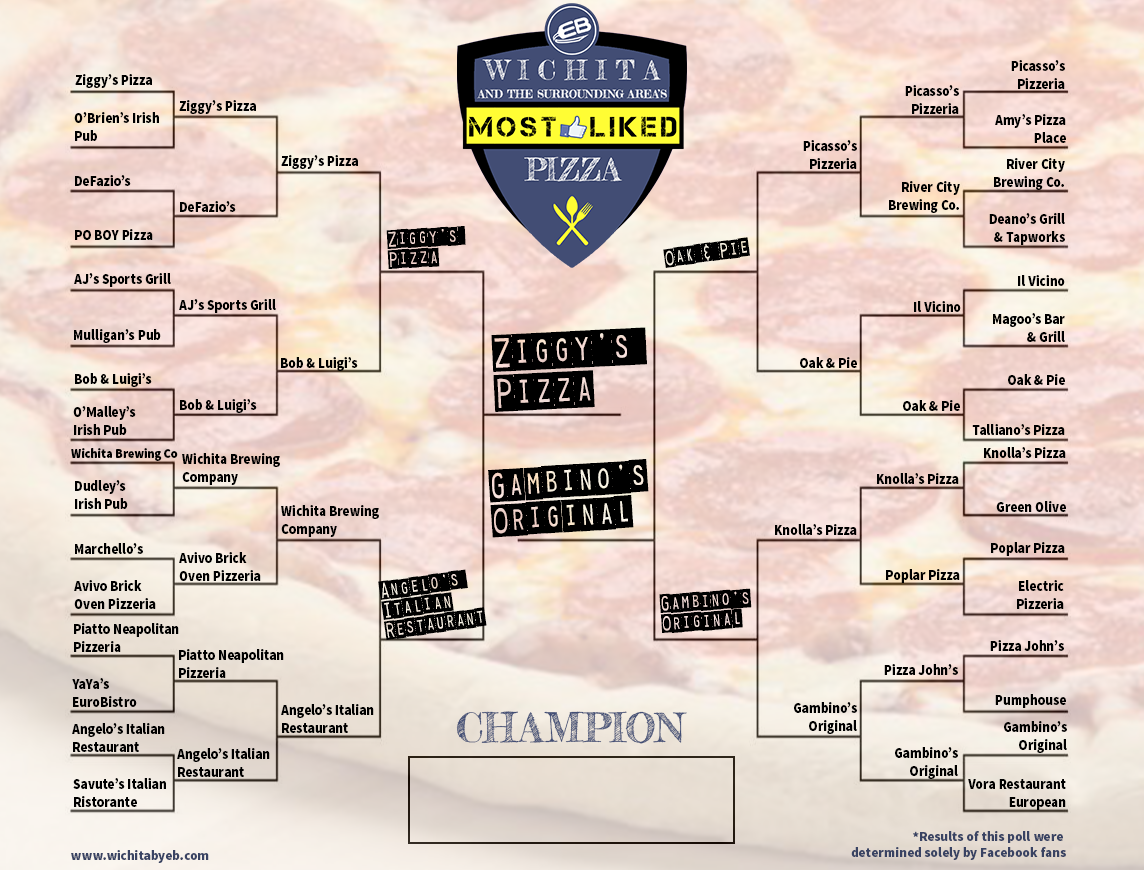