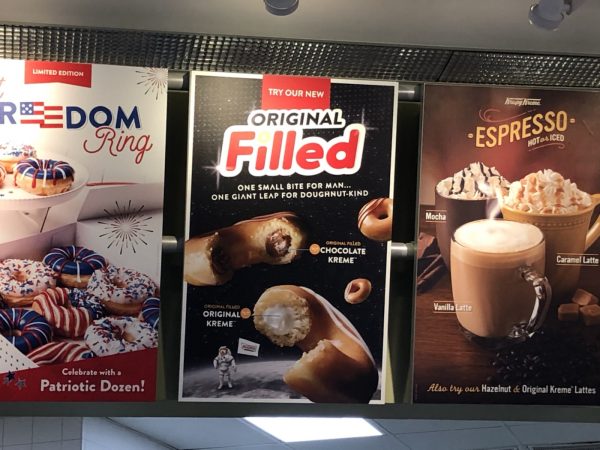 Perhaps you’ve seen the advertisements. Krispy Kreme has a new donut out on the market that may appeal to the masses. To honor the 50th anniversary of NASA’s moon landing back in 1969, Krispy Kreme has added cream to the center of its original glazed doughnut. This is now a permanent item on the menu.

They have available either a Chocolate Creme (chocolate cream-filled) or a Classic Creme (vanilla cream-filled) glazed doughnut. They are available at our only Krispy Kreme at Central and Rock. 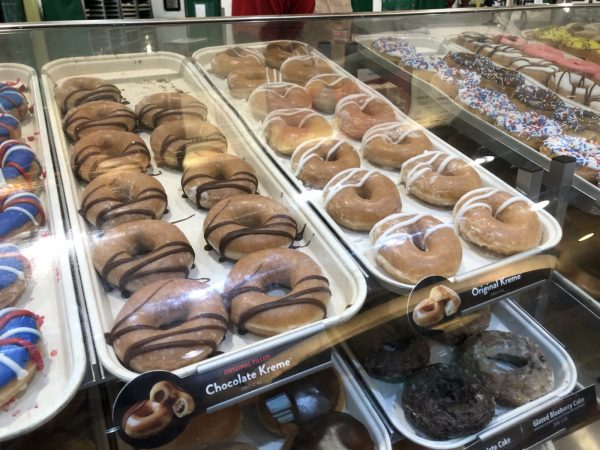 We eat a lot of doughnuts in our household so we just had to give these a try. For reference, here’s their promotional picture. 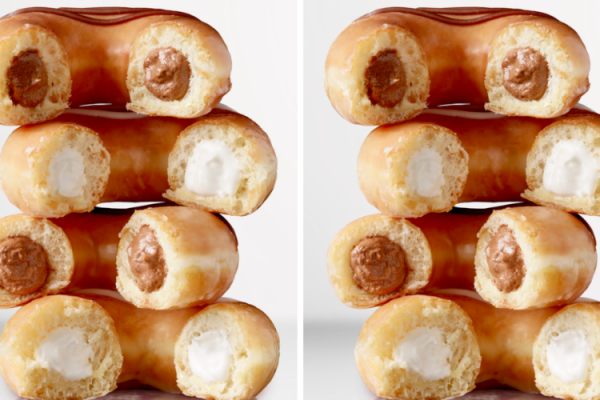 And here is what we received in most of our doughnuts. The cream which was super delicious was the best part of the doughnut. Unfortunately, there was very little to be had in each of our doughnuts. The first bite had all of the cream then it was all dough. We had such high hopes based on everything we saw. The vanilla cream, for what its worth, was ten times better than the chocolate cream based on the opinion of six of us who tried it.

Here’s what’s sadder. For as little cream as there was, the cream was so good we would likely order it again. 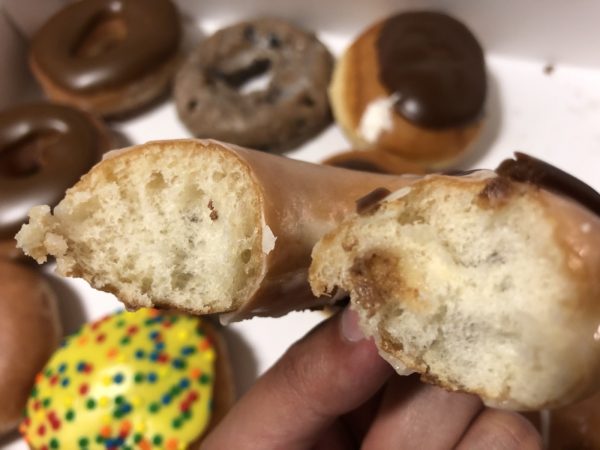 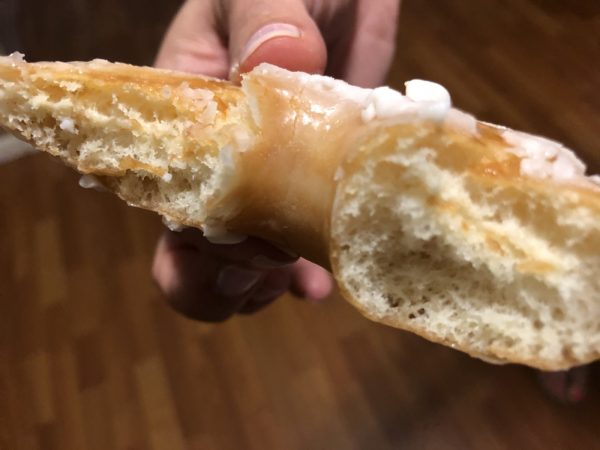 My girlfriend’s sister ordered some of these for herself and had a different experience than us noting there was much more cream so it could have been an off day at Krispy Kreme. With that said, we will now have to go back and find out if that was the case.